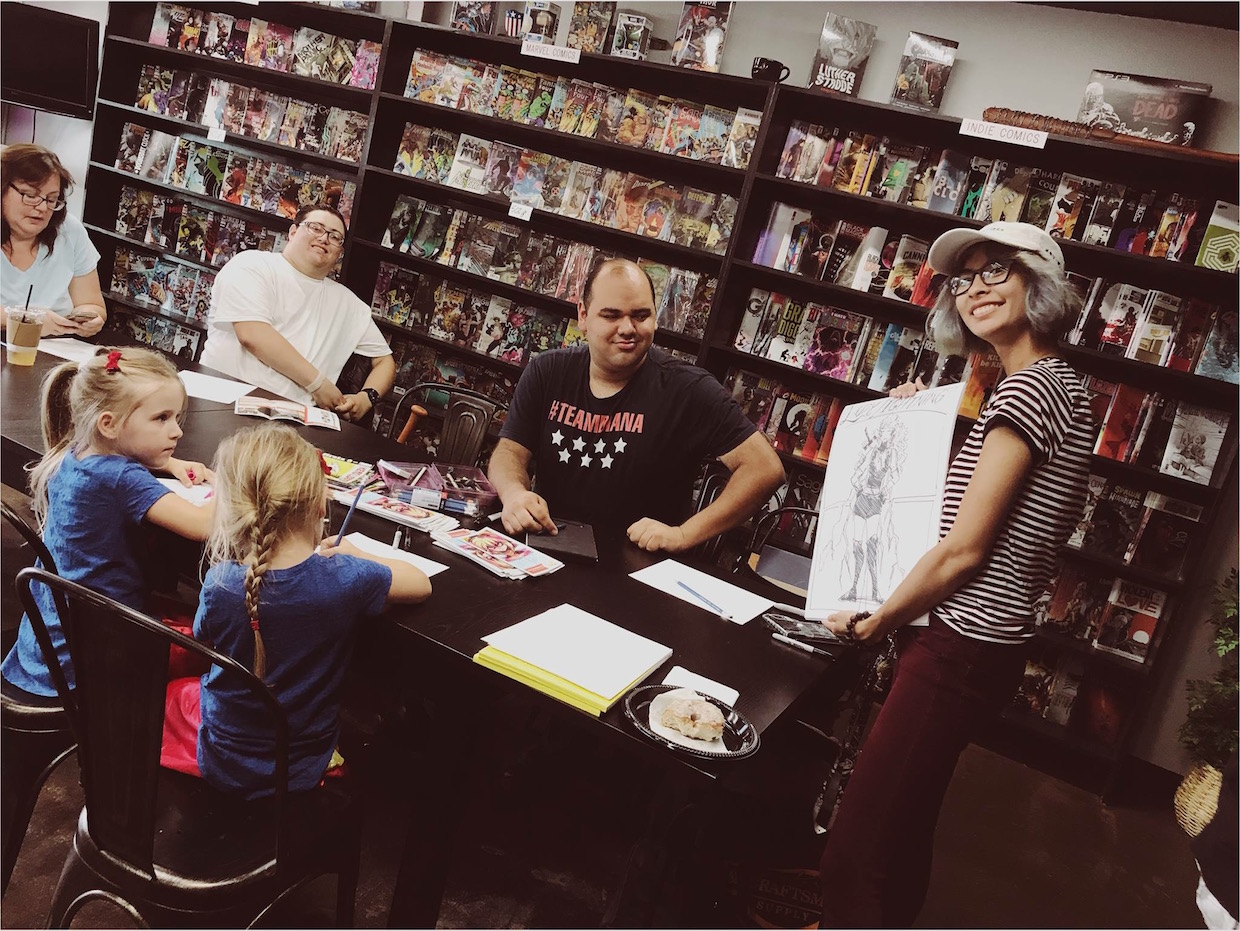 While most new coffee shops these days tend to lean toward the “workspace” vibe, catering to laptop-toting patrons working in isolation, there still are those shops out on the fringes that cater to more specific interests, building a community of like-minded people in the process.

Cat cafes, hammock cafes or even lifestyle-brand cafes all seem to have their place in the evolving coffee retail landscape, and numerous coffee shop owners are now using comic books to attract new guests and build a community based on a shared love of new comic discovery.

Making the Most of Memberships 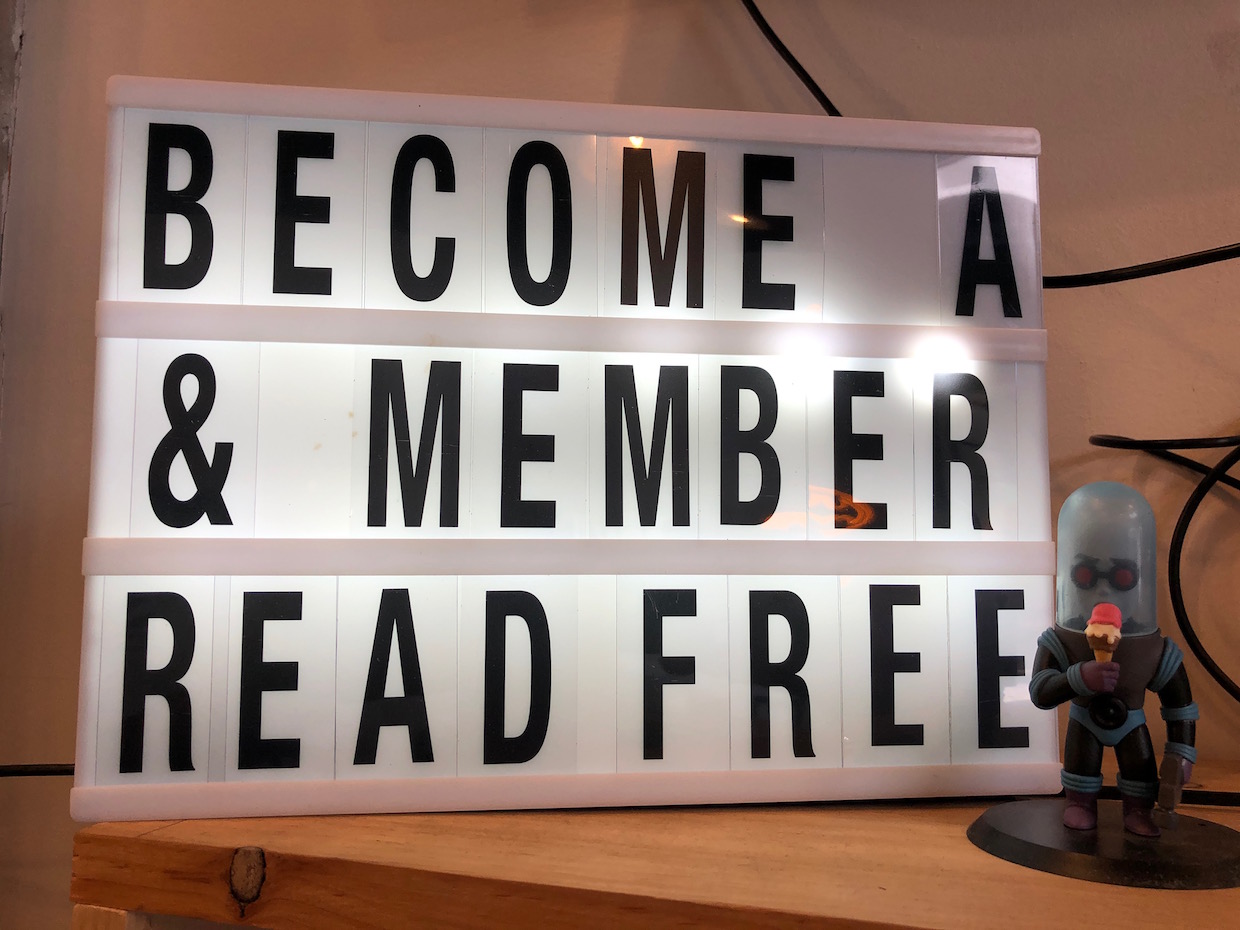 “One of the things that we do with comics is we do something called the Comic Discovery Program that’s connected with our membership program. To become a member here, it’s $20 per month and members get 20 percent off anything they purchase,” Hilton said. “Members also get access to brand new comics the day they come out and can read them without purchasing them. If you come in and read them here, then we’ll probably have a high likelihood of us being able to sell you a cup of coffee and get to know what your needs are and foster relationships.”

The program has 30 of the 50 top comics that come out every week. Hilton’s shop also has events, such as a trade day that generates sizable foot traffic. PopRoc also incorporates comic titles beyond the traditional superhero theme genres, such as FLAVOR, which is a culinary themed comic book. 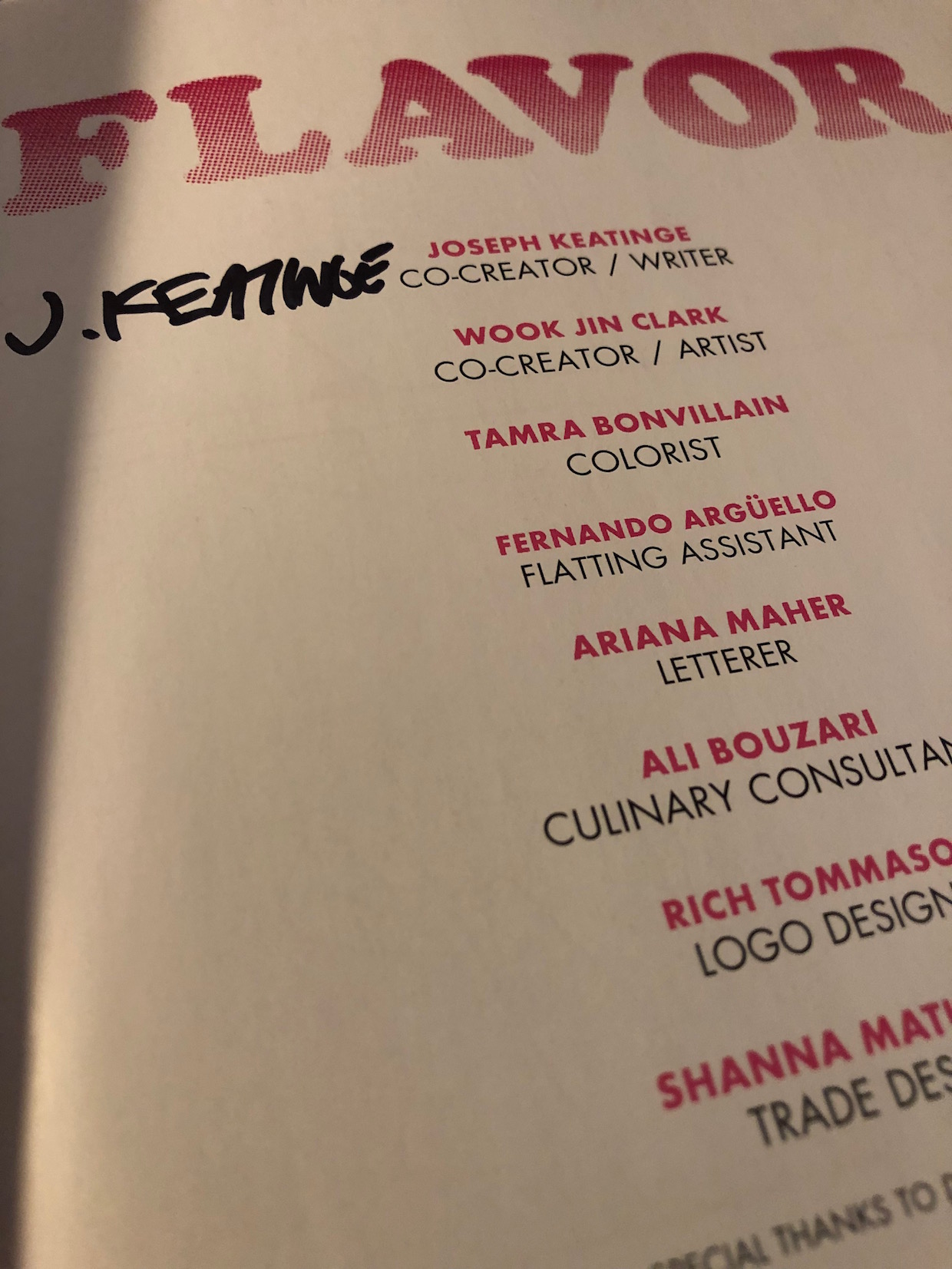 Hilton said carrying new or independent lines of comics gives a core group of customers something they might not otherwise have access to locally.

“We had an event that revolved around the FLAVOR comic that was super unique,” Hilton said. “FLAVOR is set in a world where food is everything and the chefs are the celebrities. We started the event by having one of our signature drinks and handing copies for each participant, signed and sent by [Flavor co-author] Joseph Keatinge,”

“We work pretty closely with the library here in Oceanside, California. One of the things that we’ve been doing for the last couple months is a graphic novel book club for adults. They have a group of 15 to 20 people and come and meet at our place at the last Thursday of each month,” Lavranos said. “The group picks three comic books that fit that a particular theme. For the month of June, they discussed comics that cover mental illness and mental health. They get to discuss things like what makes mental health different when you’re reading it in a comic book versus a novel.” 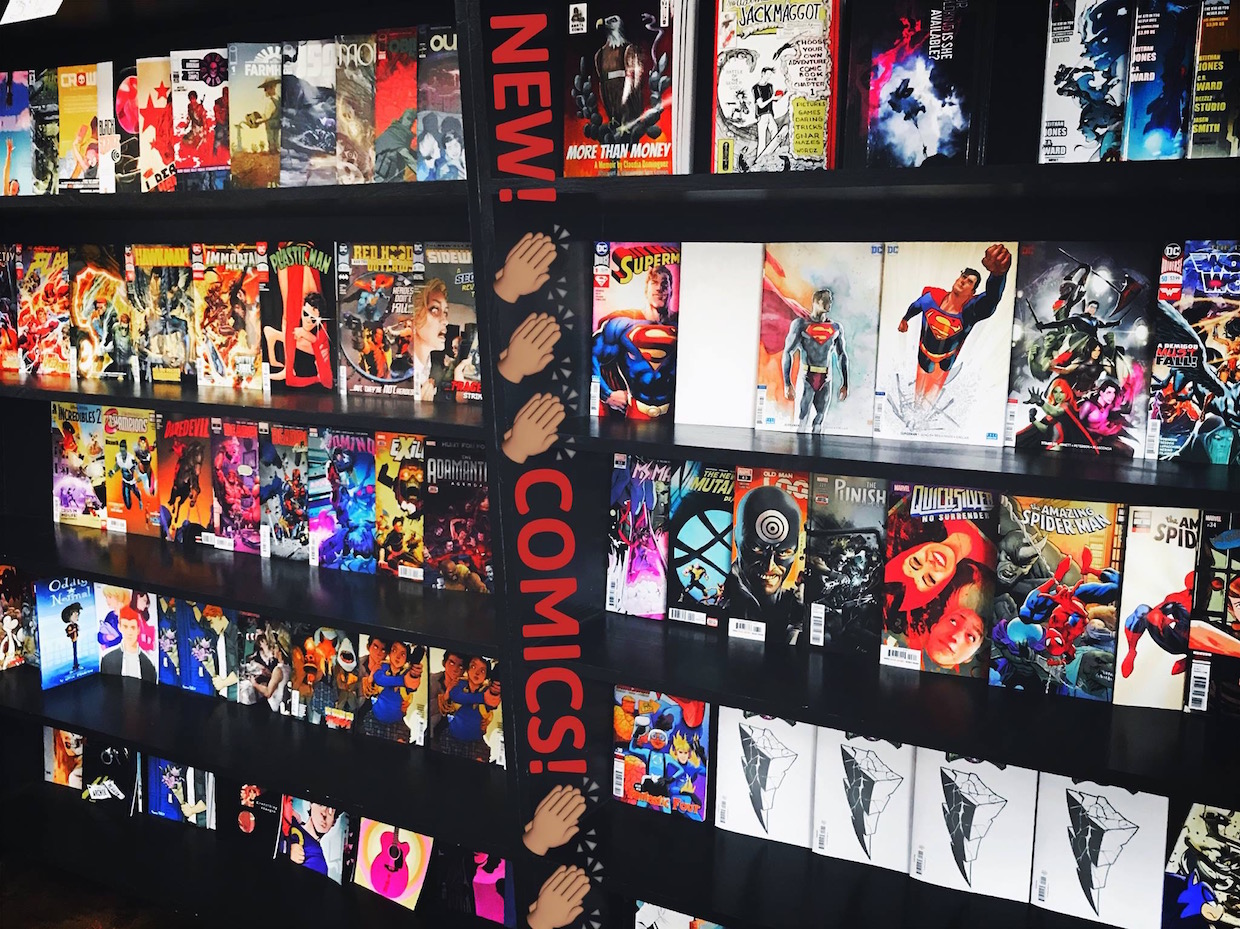 While some people simply come in for a drip coffee or espresso-based drink — with beans supplied by San Diego’s Bird Rock Coffee Roasters — Lavranos takes great pleasure in introducing customers to comics while breaking common misconceptions. Throughout the shop, “freebie” comics float around, encouraging questions and engaging customers who may have just popped in for a latte.

For Lavranos, the combination of coffee and comics represents a natural marriage of two personal yet approachable products.

“That’s what’s really nice about the [independent comics]. [Customers] like the movies, but they’re not really looking to read all of the Batman stories,” Lavranos described. “We show them the [Independent] side of things — big space opera stories, sometimes you get nice crime dramas, mysteries. It’s such a huge range of stories that there’s something for everybody.”

Mike Heslop, owner of Columbus, Ohio-based Kafe Kerouac creatively integrates comic books into the shop alongside book readings, poetry slams, live music and other cultural events that play well with imbibery, either through whiskey tastings or the straightforward espresso menu.

Heslop partners with independent publishers to find comic book authors and artists touring the country who might not otherwise find another venue in which their comics can be seen by collectors.

“We end up connecting with small press comic book companies around the country because we exclusively carry small press. Those publishers, when they are looking to send a comic book artist that’s out selling their new graphic novel, they might contact us and say, ‘Can you host one of our guys?’” Heslop said. “What we’ll do is set up an event where they’ll read on stage and maybe use a projector and show their work while reading.”

Heslop also partners with Ohio State University to develop a relationship with the comic book community to do sit-ins for artists. Kafe Kerouac also holds discussion panel after-hours parties in conjunction with the Small Press & Alternative Comics Expo once or twice a year.

While there’s no direct translation between comic book-related events and coffee sales, it’s clear Kafe Kerouac and others are helping to build a community through comics that’s based on inclusion. Isn’t that, after all, the most noble purpose of a community coffee shop?