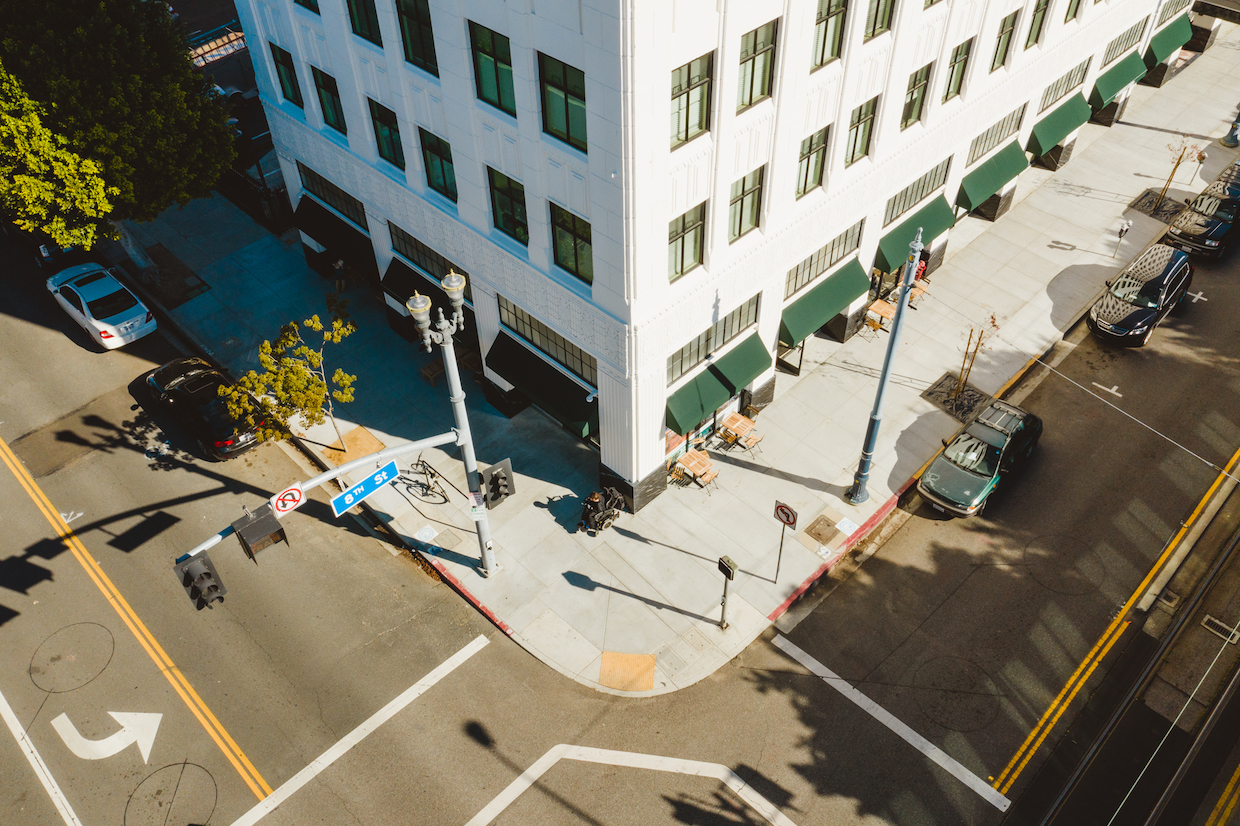 After being approached by the project’s developer to establish a cafe, Rose Park owners Nathan Tourtellotte and Andrew Phillips worked with Ruthi Daugherty, formerly of Camp Design, to realize their vision. While drawing some inspiration from the company’s first cafe, the new space captures many of the built-in elements of the historic building, which was originally constructed in 1929. 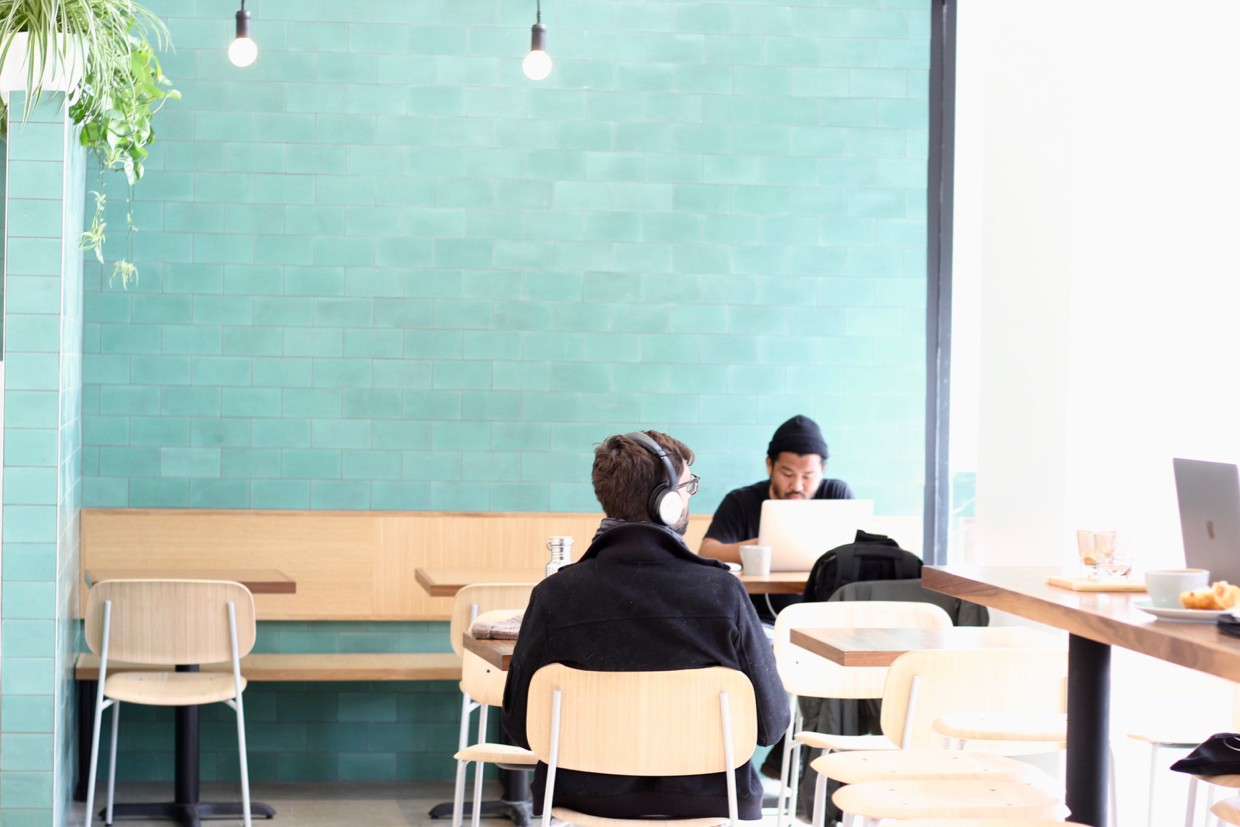 “During the design phase, we started to formulate a feeling of groundedness in our history, even though there is also a progression,” Tourtellotte told Daily Coffee News. “Our tagline — ‘Welcome to the Process’ — is where the theme of the place congealed. We had been wanting to create a space that visually connects the source, where coffee comes from, with what’s in the cup.”

The interior design includes plants and natural wood accents throughout the space. In the main seating area, a striking turquoise tiled wall is accented by natural light streaming through the large windows. The bright colors and white spaces are balanced by industrial elements, concrete walls, and darker gray tones in the coffee bar area, which is separated from the seating area by a small atrium. 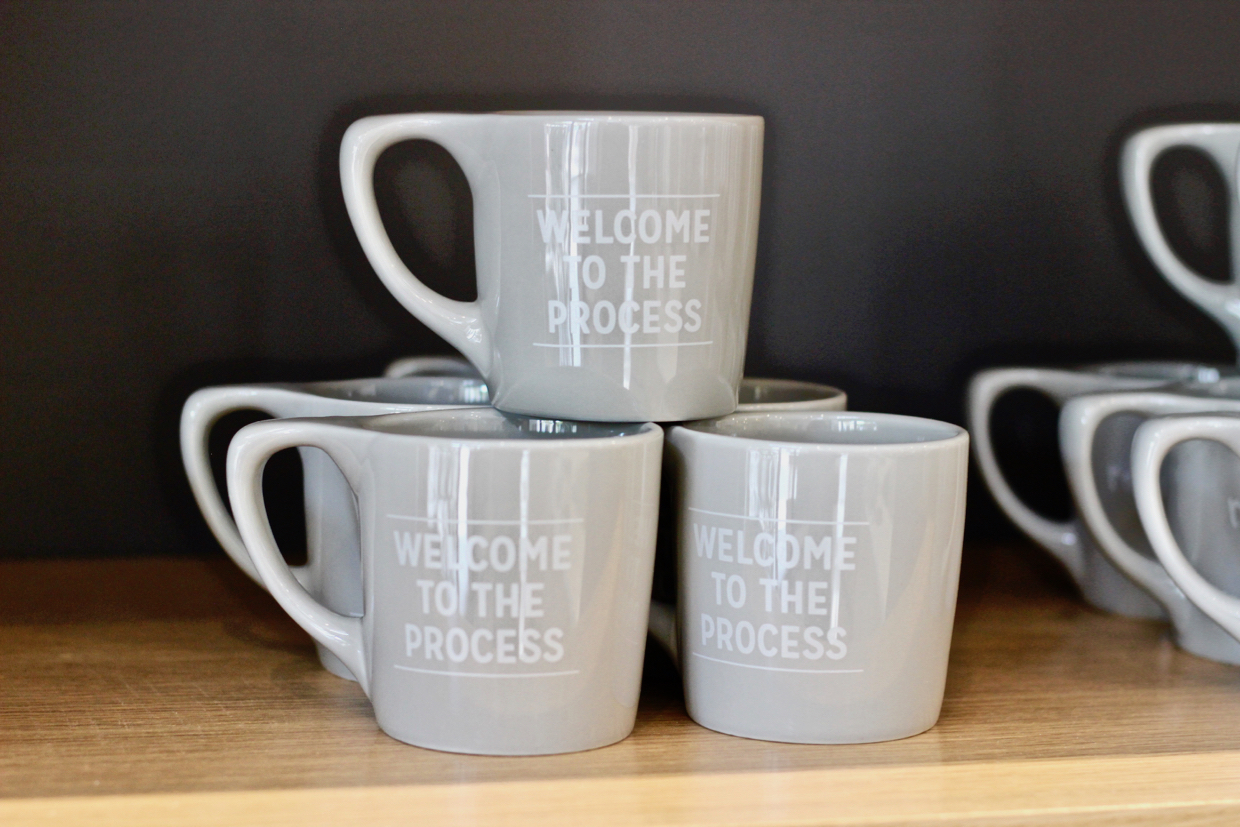 As for the offerings inside, espresso drinks are prepared using a 2-group La Marzocco Classic Linea and Mahlkonig Peak grinder, while drip coffee is brewed on Curtis batch-brewers and ground using a Mahlkoenig EK43.

“I’ve gone back and forth on offering pourover coffee in the retail setting,” said Phillips. “With home brewing, you don’t have concerns around labor, consistency, or speed. That’s why I love batch brewing in a cafe environment, because you can arguably be way more consistent, with the right brewer, and dialing in the recipe. It can be just as good, if not better than any pourover.” 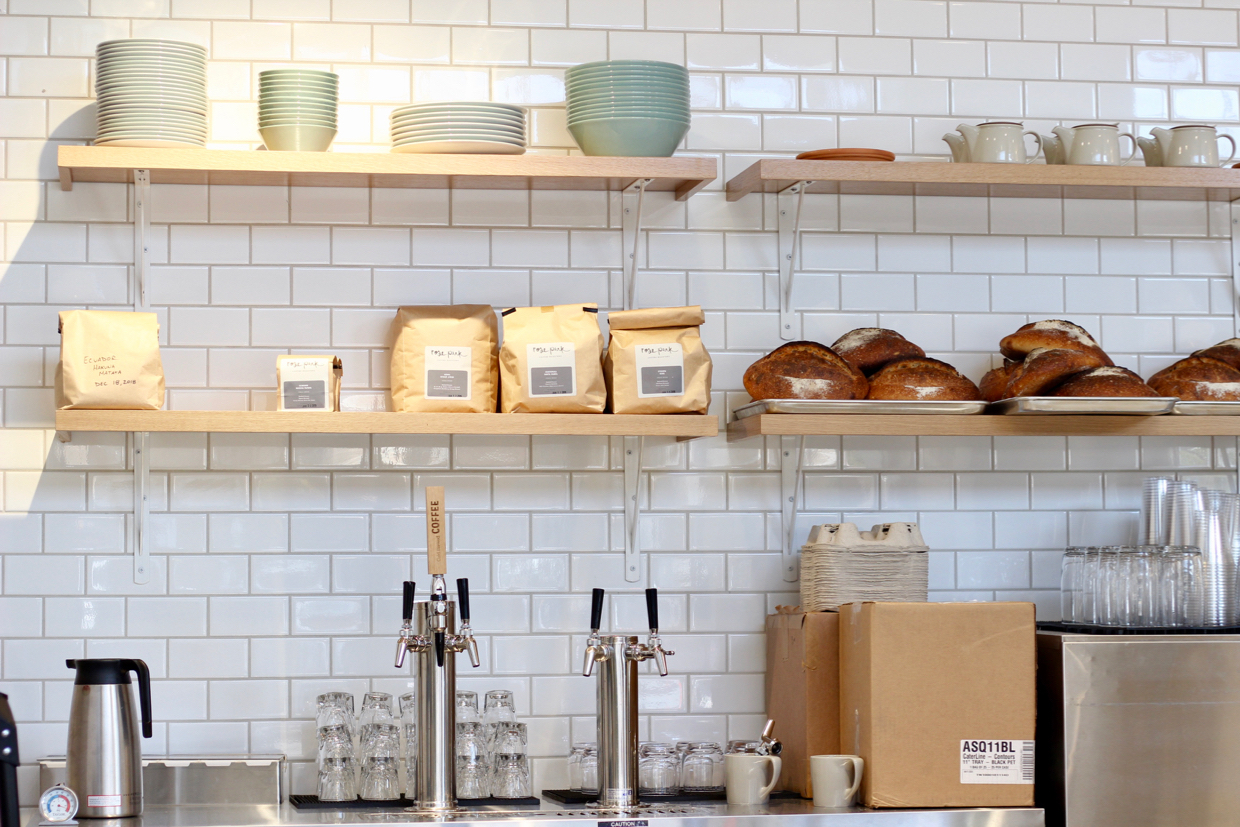 While coffee remains the company’s primary main focus, the Rose Park team has been working with chef Brooke Webber for the past year to develop a food menu that would complement the coffee experience — starting with the creation of a house granola, caramel and other syrups, and coconut milk, which eventually segued into fancy toast options, sandwiches, and salads. 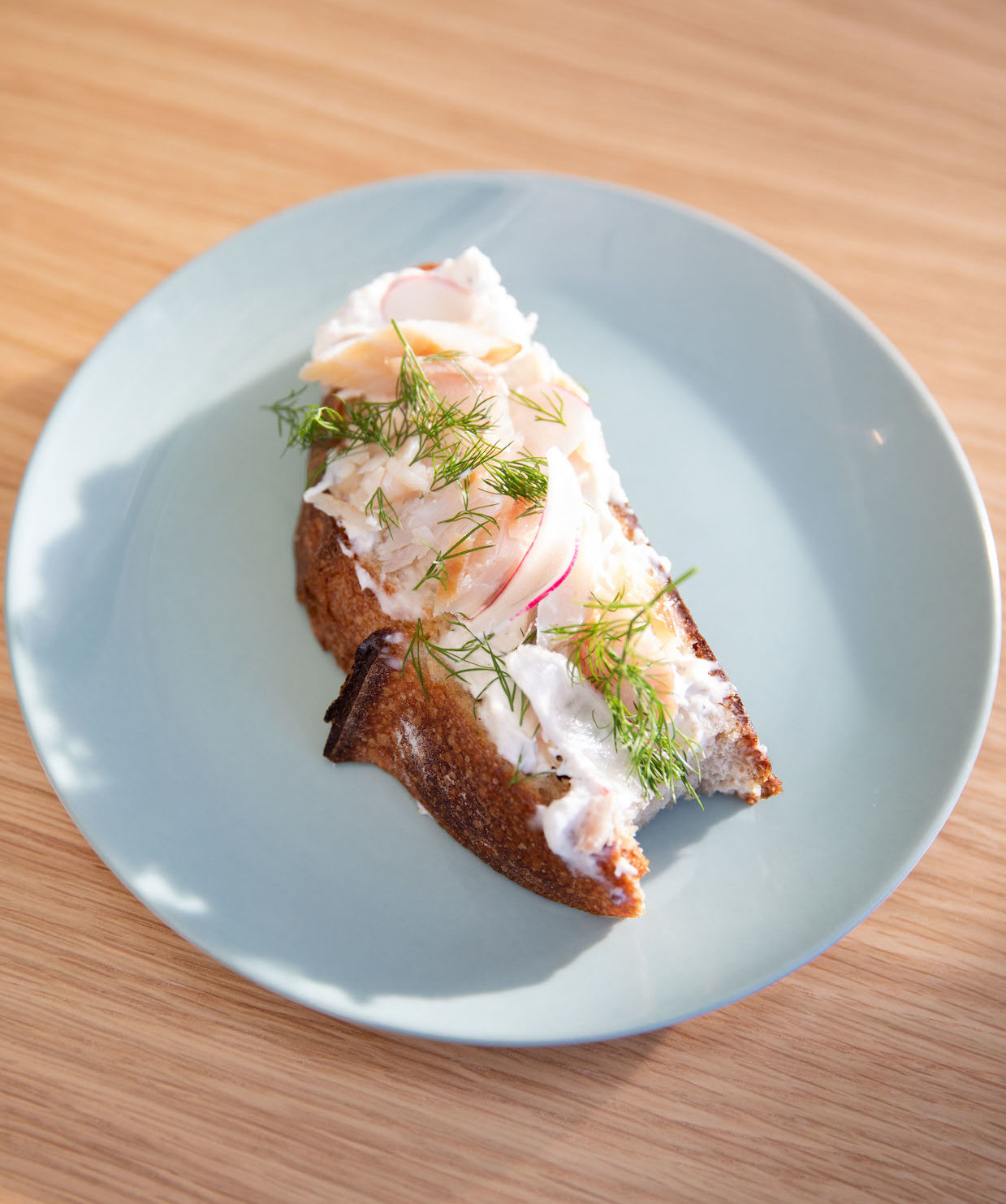 “I think it lines up with what’s happening in the coffee world,” said Tourtellotte. “There are a lot of people doing coffee really well, but some of the ancillary elements maybe not as well. That could be design, customer service, or the food that surrounds it. Like with nice restaurants, if they start caring more about coffee, that is an enhancing experience for their customers; to end on a note that is as interesting and complex and [as] involved as the meal that they put so many resources into creating. We want to provide this sort of experience for our customers, as well, where they can sit and enjoy a meal alongside their coffee.” 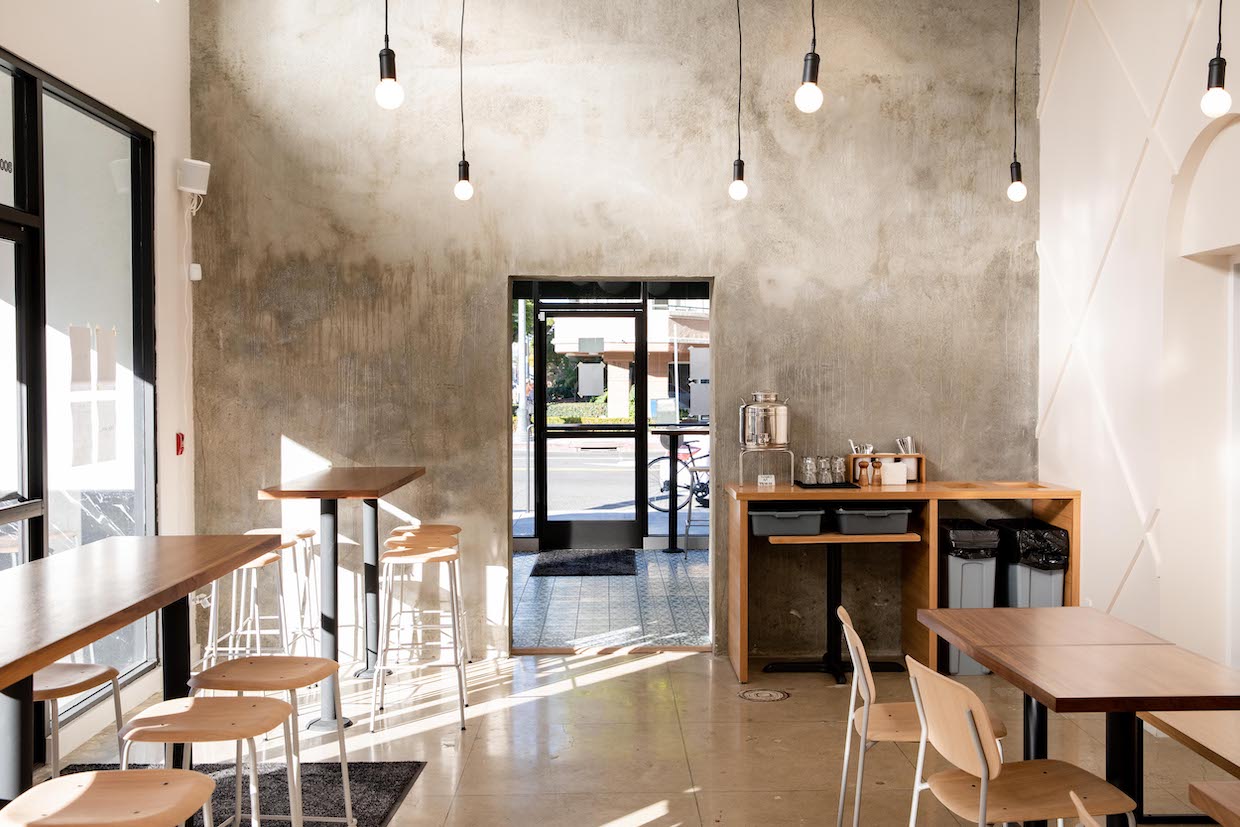 While Phillips and Tourtellotte were overseeing the design and build out of the new location, they were also working towards establishing the company’s roasting facility in order to be able to supply enough roasted coffee for both locations, as well as several local wholesale accounts.

Rose Park originally launched in 2010 as a beans-by-bike delivery service for roasted coffee. Phillips, a coffee roaster for Kean Coffee at the time, had joined forces with friend Tourtellotte, who has a background in business and hospitality. Phillips started toll roasting at Kean for the delivery service, and ultimately for the company’s first cafe, once it opened several years later. 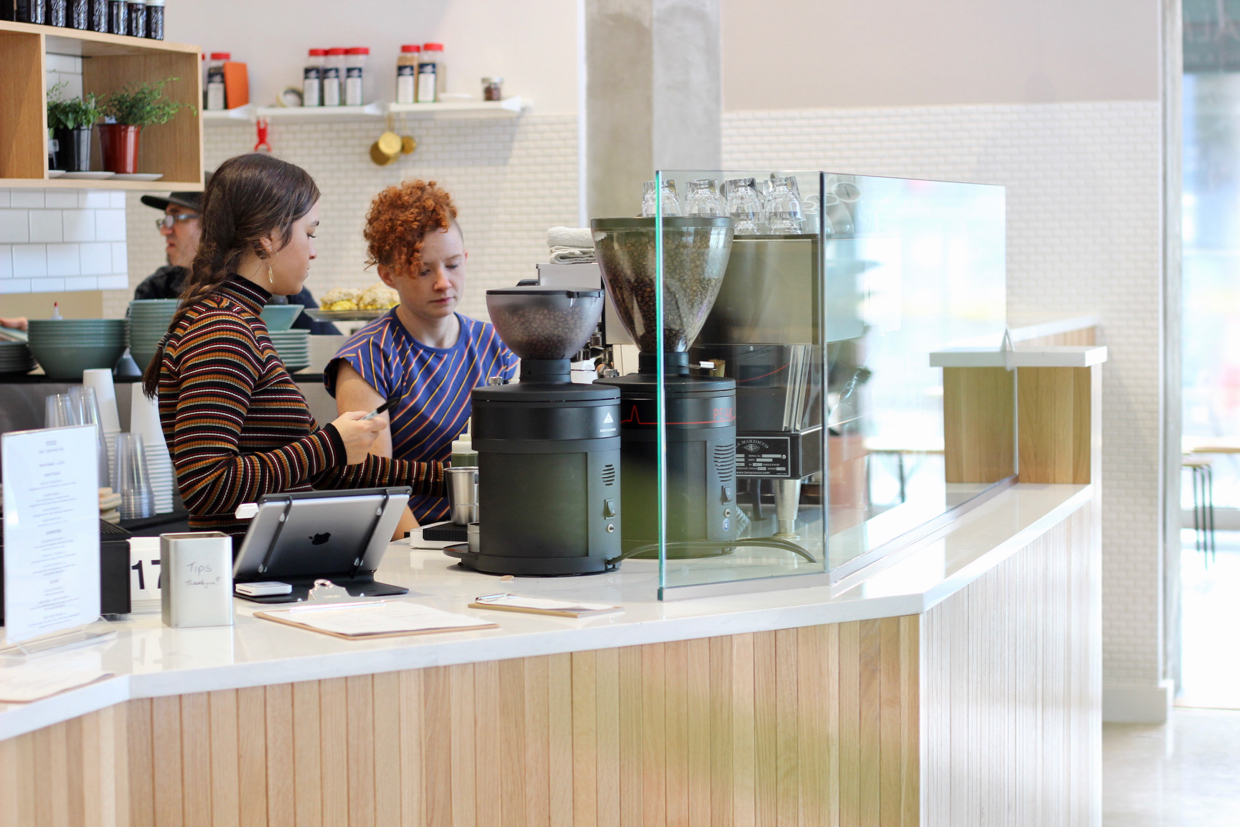 The plan to open a roastery of their own was delayed for several years as the partners worked to establish the cafe.

In order to roast, Phillips continued to make the commute to and from Orange County up until about nine months ago, when Rose Park was finally able to secure a space and install the Giesen W15 roasting machine that had been purchased in the early days of the business. 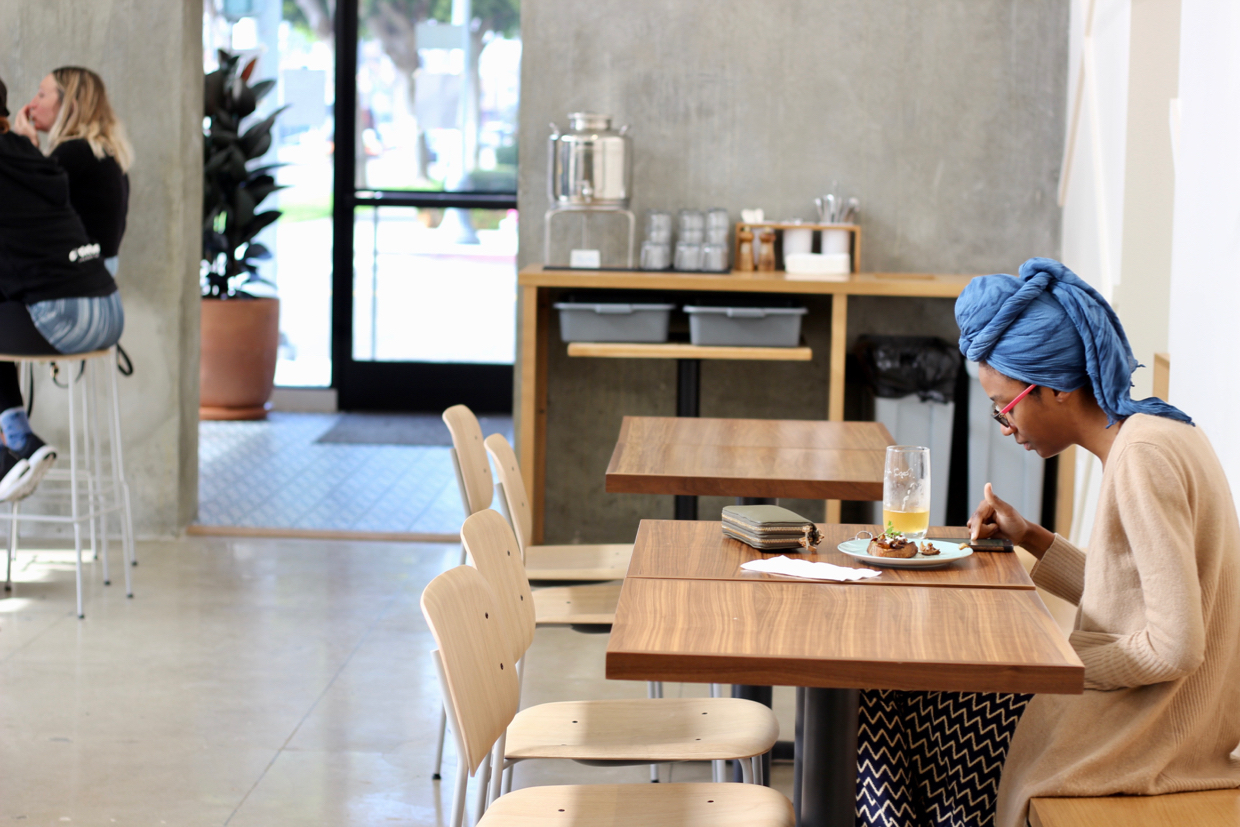 “We were growing enough to where it was getting really hard to have space for the green coffee, weigh it out, roast it, bring it all back and still maintain all the quality standards that we wanted to,” said Phillips. 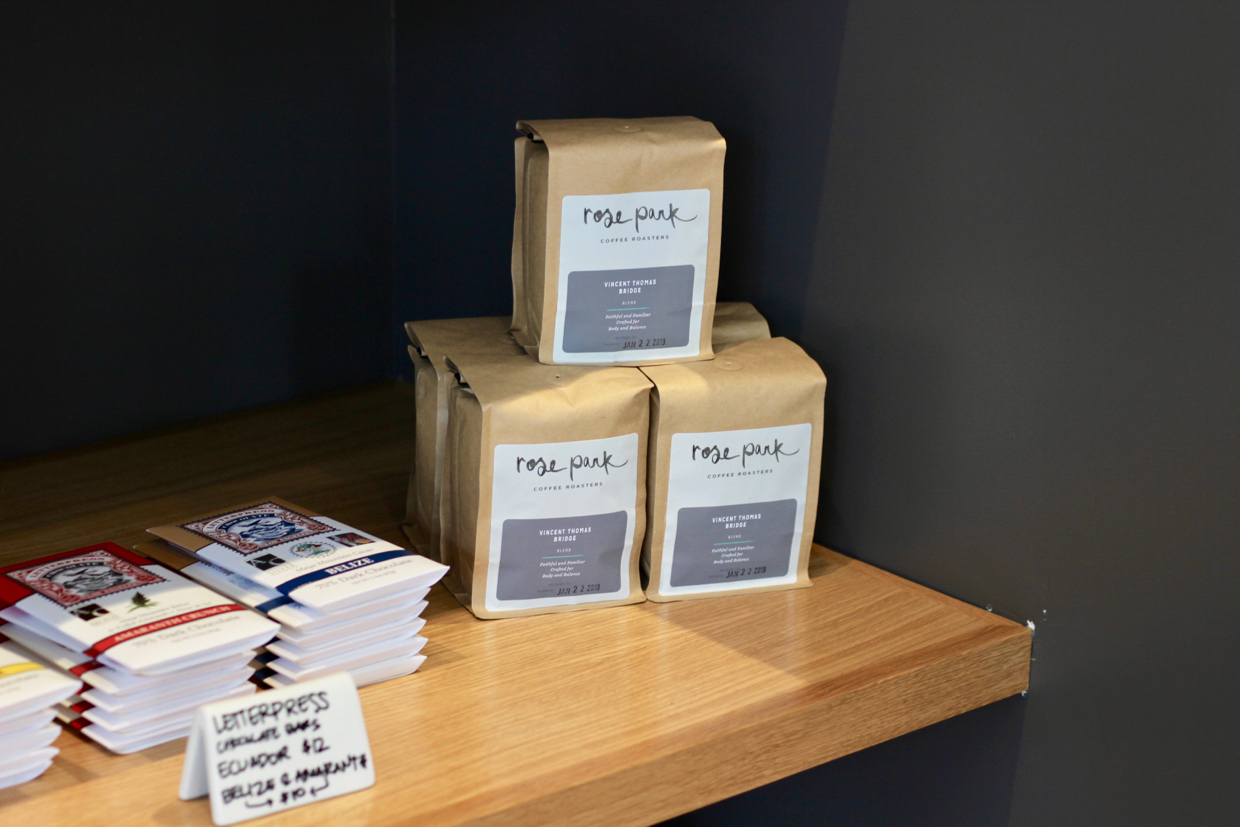 Phillips said he strives to strike a balance between encouraging customers to drink what they enjoy, or what may be familiar to them, while also dipping into options they may not have been exposed to previously.

“It’s that dance of sourcing things that are not just what I think tastes good at a sample level, but what fits with the brand and what we’re going for,” said Phillips. “I think at the crux of it is this natural tension… I think we just get siloed so quickly in the specialty coffee industry. So we want to retain this feeling of gratitude for coffee that customers feel, and honor where people are, while there is also this tension of trying to move palates in a different direction by exposing them to alternative options.”