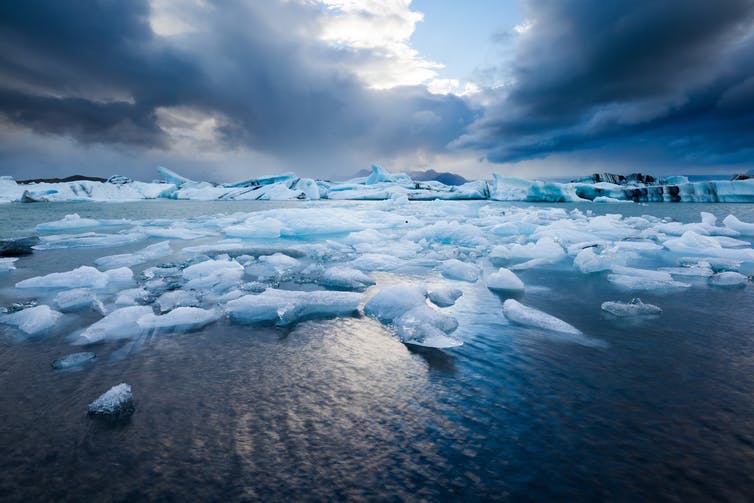 When temperatures rise and ice melts, more water flows to the seas and ocean water warms and expands in volume. Shutterstock

By now, most of us have heard that the use of plastics is a big issue for the environment. Partly fuelled by the success of the BBC’s Blue Planet II series, people are more aware than ever before about the dangers to wildlife caused by plastic pollution — as well as the impact it can have on human health — with industries promising money to tackle the issue.

Single use plastics are now high on the agenda – with many people trying to do their bit to reduce usage. But what if all of this just provides a convenient distraction from some of the more serious environmental issues? In our new article in the journal Marine Policy we argue plastic pollution — or more accurately the response of governments and industry to addressing plastic pollution — provides a “convenient truth” that distracts from addressing the real environmental threats such as climate change.

Yes, we know plastic can entangle birds, fish and marine mammals — which can starve after filling their stomachs with plastics, and yet there are no conclusive studies on population level effects of plastic pollution. Studies on the toxicity effects, especially to humans are often overplayed. Research shows for example, that plastic is not as great a threat to oceans as climate change or over-fishing.

Taking a stand against plastic — by carrying reusable coffee cups, or eating in restaurant chains where only paper straws are provided — is the classic neoliberal response. Consumers drive markets, and consumer choices will therefore create change in the industry.

Alternative products can often have different, but equally severe environmental problems. And the benefits of these small-scale consumer driven changes are often minor. Take, for example, energy-efficient light bulbs — in practice, using these has been shown to have very little effect on a person’s overall carbon footprint.

But by making these small changes, plastic still appears to be an issue we can address. The Ocean Cleanup of plastic pollution — which aims to sieve plastic out of the sea — is a classic example. Despite many scientists’ misgivings about the project and its recent failed attempts to collect plastic the project is still attractive to many as it allows us to tackle the issue without having to make any major lifestyle changes. 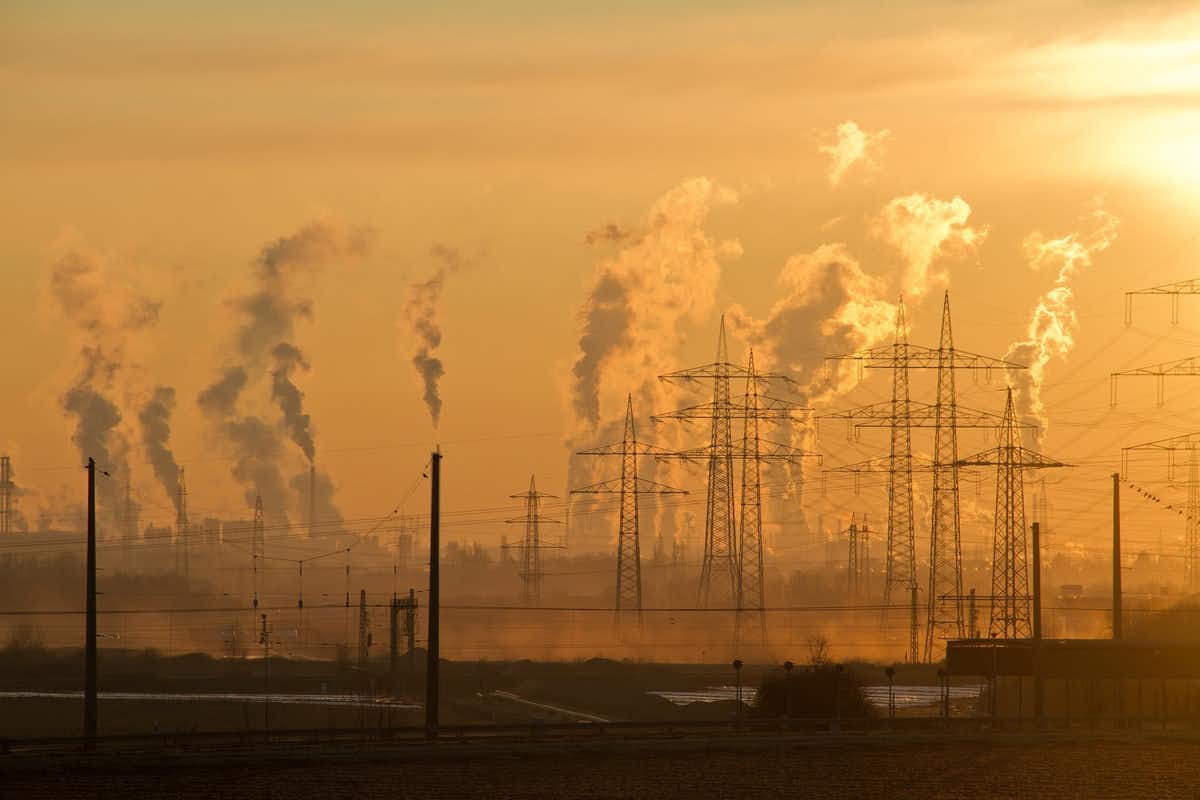 Scientists first became aware of a potentially warming world as far back as the 1970s. Pexels

That’s not to say plastic pollution isn’t a problem, rather there are much bigger problems facing the world we live in — specifically climate change.

In October last year the Intergovernmental Panel on Climate Change (IPCC) produced a report detailing drastic action needed to limit global warming to 1.5˚C. Much of the news focused on what individuals could do to reduce their carbon footprint — although some articles did also indicate the need for collective action.

Despite the importance of this message, environmental news has been dominated by the issues of plastic pollution. So it’s not surprising that so many people think ocean plastics are the most serious environmental threat to the planet. But this is not the case. In 2009 the concept of planetary boundaries was introduced to indicate safe operating limits for the Earth from a number of environmental threats. 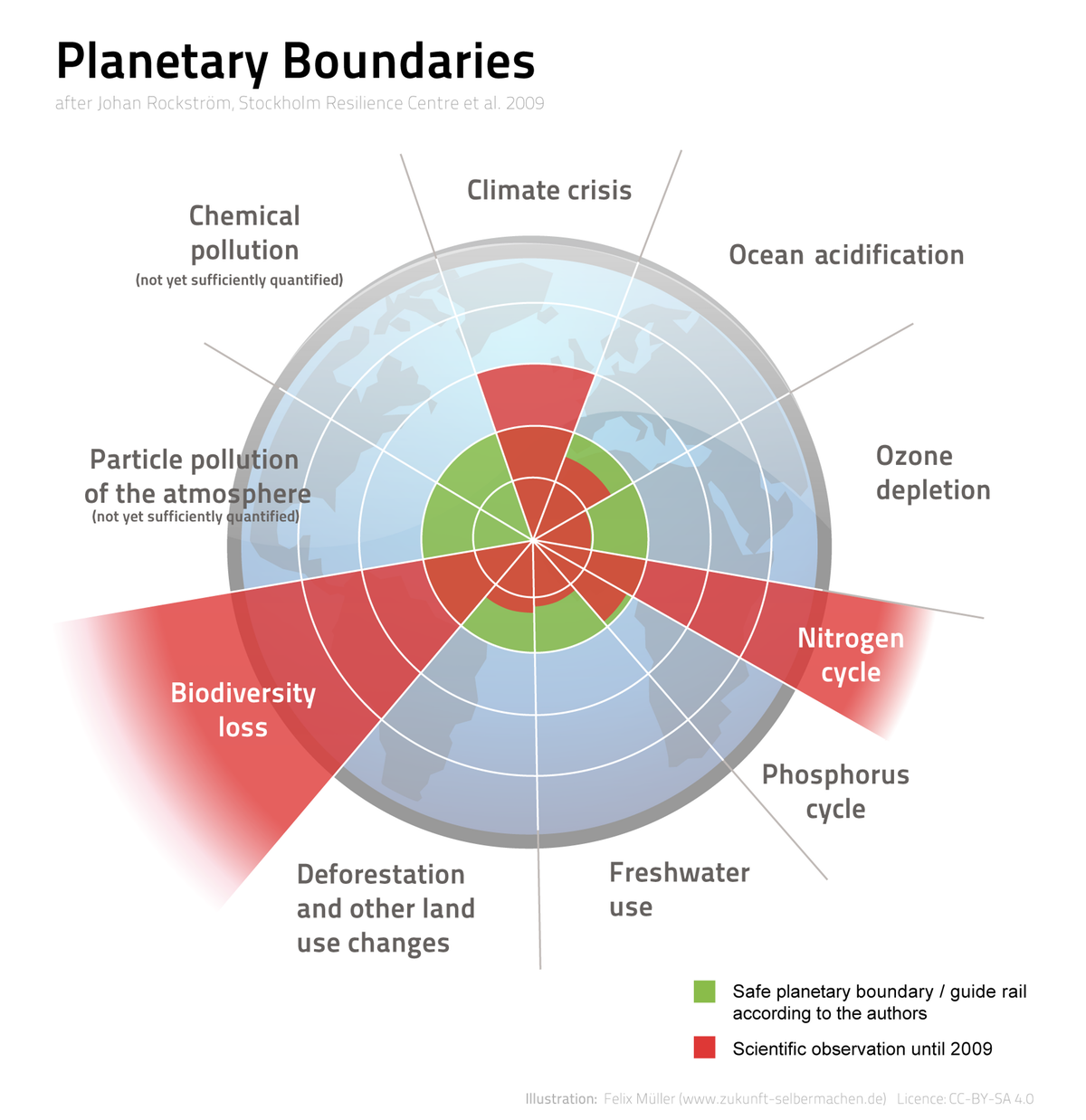 These “clear and present dangers” of climate change and biodiversity loss could undermine the capacity of our planet to support over seven billion people — with the loss of homes, food sources and livelihoods. It could lead to major disruptions of our ways of life — by making many areas uninhabitable due increased temperatures and rising sea levels. These changes could start to happen within the current century.

This is not to distract from the fact that some significant steps have been taken to help the planet environmentally by reducing plastic waste. But it is important not to forget the need for large-scale systemic changes needed internationally to tackle all environmental concerns. This includes longer-term and more effective solutions to the plastic problem — but also extending to more radical large-scale initiatives to reduce consumption, decarbonise economies and move beyond materialism as the basis for our well-being.

The focus needs to be on making the way we live more sustainable by questioning our overly consumerist lifestyles that are at the root of major challenges such as climate change, rather than a narrower focus on sustainable consumer choices – such as buying our takeaway coffee in a reusable cup. We must reform the way we live rather than tweak the choices we make.

There is a narrow window of opportunity to address the critical challenge of, in particular, climate change. And failure to do so could lead to massive systemic impacts to the Earth’s capacity to support life – particularly the human race. Now is not the time to be distracted by the convenient truth of plastic pollution, as the relatively minor threats this poses are eclipsed by the global systemic threats of climate change.

(This article is republished from The Conversation under a Creative Commons license. Read the original article.)

“Climate change” might, maybe, possibly, could, has the potential of…….

Reality: they are all up in arms over a maximum “allowable” change of 1.5C. And yet, the actual measurements of average global surface temperatures over the last century has been right at one half degree centigrade……. its been down, its been up, but averages are at one half degree.

Now, look back over the past milennium or so… temperatures have wandered over a wider range than that….. hotter, cooler, the same as now….. midaeval warming period, te Fraser River in Burnaby BC freezing rock solid every winter in the 1880’s, it hasn’t frozen for the past fifty years now…..

I was in university in the late 1960’s,studying at Scripps Institue.. the big whip those days was the certain global freezing, seawater levels dropping twenty feet, Los Angeles having weather like Vancouver BC…… midwest like Northern Manitoba in winter…….. so it started getting warmer for a while… and next thing we’lre all gonna roast to death, sea levels rising twenty feet, all starve to death cause crops don’t grow in that heat…
And guess what guys.. there ain’t a thing we can do about it… ponder this… ALL the fossil fuel used my man in the last hindred years put together made fer less difference than the eruptioin of Mount Saint Helens in Washington State almost forty years ago. More particulate, pollution, toxins, heat, moisture, and carbon went into the air over a few days in those three eruptions than has with all man’s activities for well over a century.

The article is illustrated by a photograph of a number of tall stacks or towers, emitting some sort of something into the sunset air…. the “read”, when connected to an article like this one, is “look at all that pollution, we gotta END that sroff or we’re all gonna die next year”. Reality? I’d bet the visible emissin from those stacks is over ninety nine percent water vapour….. harmless, benign, no issue whatever. There is probably a fair bit of carbon dioxide in that as well, but that only makes the plants grow faster. Some commercial greenhouses actually ENHANCE the level of CO2 in their greenhouses,to make the plants grow faster.

Yes reduce the quantity of plastics that get dumped into the oceans, lakes, rivers. But that quantiyt is FAR less than the alarmists would have us belive. Seen that video haring on some fourteen billion, or was it trillion, tonnes of plastics floating in the world’s oceans…. tht video turns out to be one more hoax. There IS a problem, but not on the level THEY claim it is. But is banning plastic straws the correct solution? How many actually end up out there to feed thd dolfins? My county have banned the plastic “tee shirt” takeaway bags from all retail stores, groceries, etc. A knee-jerk feel-good measure, and they never asked US. I see no more of those scattered about in the neighbouring counties than in this one… so to what end?