Barista Accessories for the Non-Barista, Part 1 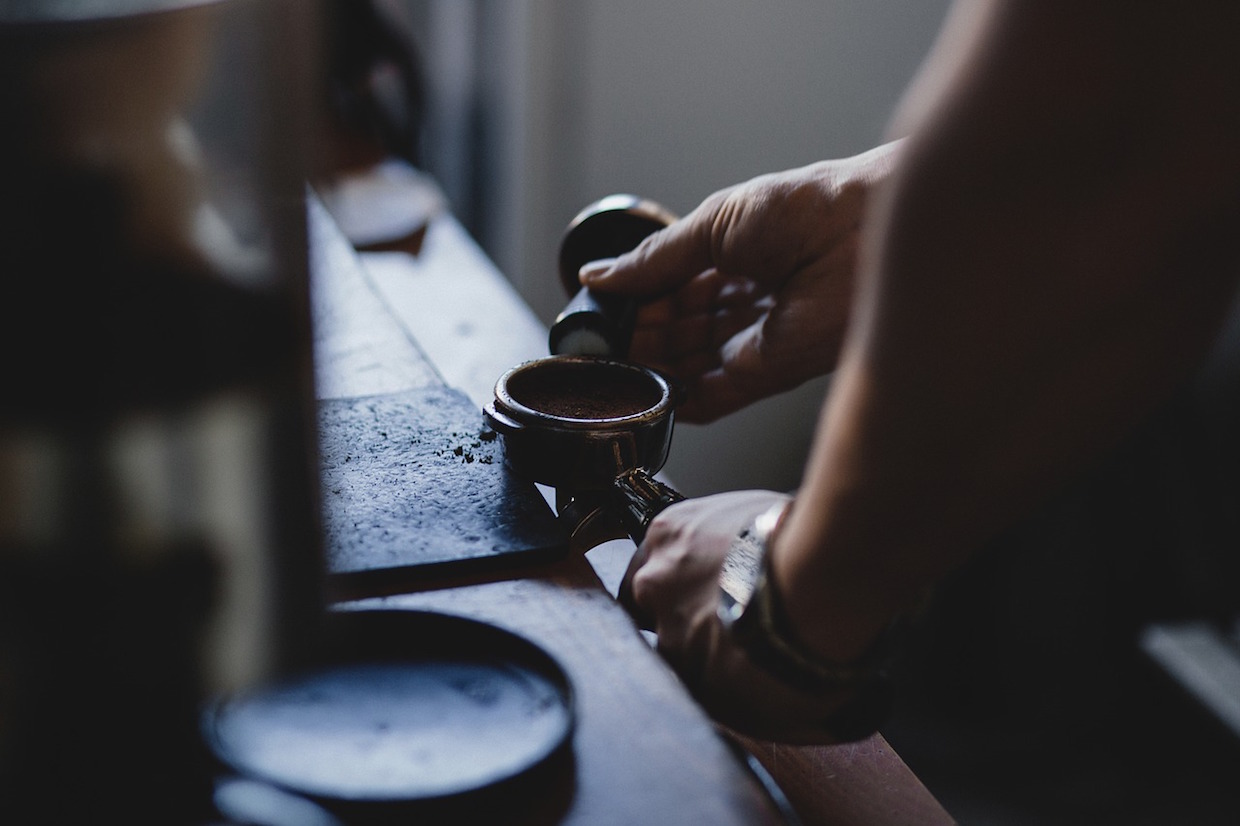 Though it may seem like an oxymoron to some, not everyone who works on coffee equipment drinks or even likes coffee. This can leave some technicians in the dark when it comes to the extra bits and bobs that make a cafe’s espresso machine run smoothly. The point of this article is to run through some of the most common barista accessories that technicians should know about and be able to sell to their clients. This article will cover five of the ten most important accessories.

The first barista accessory that nearly all cafes should be using is the tamper. That being said, there are still a number of cafes who choose not to use a tamper — which is an opportunity to explain to them why they should use a tamper and sell them one. The tamper is a plastic or steel smooth surface that is used to compact coffee grounds in the portafilter. This packing slows the flow of water through the coffee and allows the water to extract more of the tasty oils we like so much. The tamper should fit tightly to the sides of the portafilter, without scraping the sides, and should not have any “wiggle room.” This allows for the coffee to be compacted uniformly so as to avoid channeling, or water running through the less dense areas as it flows through the path of least resistance.

A tamper should not be dented. If a tamper is dropped on its base and suffers a significant dent on the surface that contacts the coffee, it should be replaced. That dent will cause the tamper to create a low point in the puck (compressed coffee) and will allow the water to channel through that thinner patch of coffee which will over extract the coffee along the water’s path and under extract the rest of the puck resulting in a bitter shot. While you are changing out group gaskets, take a look at the tamper they are using. Maybe they are ready to upgrade!

The third accessory many baristas need are steaming pitchers. Steaming pitchers have advanced a lot in the last 15 years, and now there are different shapes and sizes of pitcher to fit different steaming styles and frothing goals. Some pitchers have very straight sides, which allows the barista to create many different swirling patterns of milk by tilting the pitcher and adjusting steam tip depth. This pitcher is what could be described as the Swiss army knife of steaming pitchers. You have to make a drink and certainly will be able to do so in this vessel — it may not be then most stylish or catered tool, but it is reliable.

Another style of pitcher has a bowl-shaped bottom with a straighter top. This one is designed to help create a swirling vortex in the milk for even aeration and thick foam. This type of pitcher may be best served making flat whites, lattes, and other drinks with consistent micro-foam and can be a challenge with foam-on-top drinks like cappuccinos. Another factor to consider is the size of steaming pitcher that is needed. If the cafe is making a traditional 6-ounce cappuccino, they shouldn’t be using a 20-ounce steaming pitcher because there is inevitably going to be wasted milk. Similarly, unless the cafe is incredibly high volume and needs to steam milk for five or six drinks at a time, a pitcher in the 60-ounce realm is simply too large as it will lead to milk waste. Milk will expand around 40 percent when steamed, so the pitcher should allow for that expansion without too much extra space in order to maximize efficiency.

They also make pitchers in different colored powder coats, which can aid in milk identification. If the cafe only puts almond milk in the blue pitchers and soy in the green pitcher, then there is no chance of mixing up the customers drink. These necessities can be very helpful to a cafe in need and, as such, may be deserving of a small corner in your van so that you can sell one or two to a client in need.

Shot glasses are another barista accessory that technicians should be evaluating while on site with a client. Not all shot glasses are created equal and everyone has their own preference. However, there are some general guidelines that can prove helpful. Some shot glasses are very thick and heavy. While this can feel luxurious, heat has a tendency to travel from areas of high concentration to areas of low concentration. If the espresso comes out hot — as it should — and falls into a cold shot glass then the some of the heat of the espresso will be expended as the espresso shot warms the shot glass. Another point to watch are the markings on the glass. Some cafes don’t want their customers or baristas to see the lines on the shot glass because the shot isn’t measured by volume alone. They don’t want a barista to over extract a shot for the sake of volume even though it is blondeing. Similarly, customers want to get what they pay for, and may make a fuss if they feel the barista didn’t pull a shot as long as they wanted. These customers may want the lines onto shot glass to be on only one side — facing a barista — or not present at all. But, on the other hand, there are cafes who know their recipe and want their barista to pull 2-ounces through 18.4 grams of Ethiopia in 28.8 seconds. These customers may like visible lines that their baristas won’t miss when pulling shots during a big rush. Shot glasses are also something that can break and are a good addition to a tech’s van.

Some cafe’s like the look of steel espresso pitchers and prefer them to glass for their durability. Some coffee enthusiasts feel that they can taste the steel in a shot brewed into such shot glasses, so if these are something a cafe needs or wants, having one or two on hand is an easy cherry on the cake at the end of a machine service.

Cleaning an espresso machine is something that either is or is not high on the cafe owner’s list of priorities. Hopefully, by explaining the benefits of keeping their machine clean — including machine longevity, drink flavor and health inspections — most cafe owners can be convinced to preform daily or weekly cleaning of their machine depending on need. This is absolutely something a technician can help support by selling them cleaning accessories. Every cafe should have at least a jar of backflushing powder, a group cleaning brush, a blank disk or blank basket and a grinds brush. A cafe may be set up to purchase some of these accessories through their roaster, espresso machine manufacturer, etc., but as someone who is in their location frequently, a technician should be able to help sell cleaner and brushes to their clients due to the rapport they will establish by maintaining the equipment, and because they can help save on shipping/storage costs by selling whatever the client needs and dropping it off with a service. This is a good disposable product that the client will need to purchase somewhere.

In the next article we will cover other items that baristas need and why they are important, but hopefully this is a good start towards being able to provide additional information to your clients.

Chase Lemos
Chase Lemos is the Director of Operations at Nuova Ricambi USA.