Understanding the ‘Cafe Worker Species’ in the Third Place 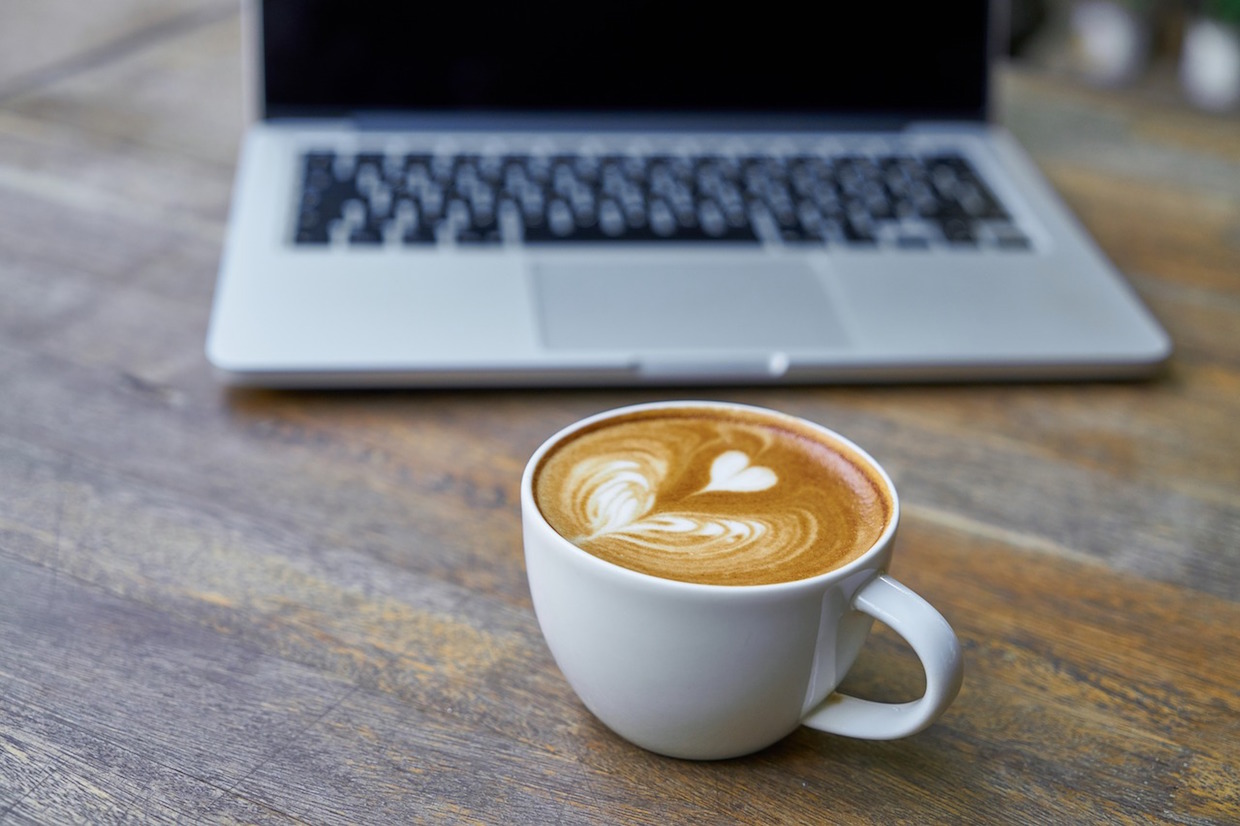 It’s a scene with which many cafe-goers are too familiar: The coffee shop packed with glazed-over faces behind the bluish glow of laptop screens, with fingers clacking away at keyboards and brows furled with hawk-like intensity. Grabbing a seat in one of these cafes may also require a hawk’s eye, as laptop squatters can stay for hours on end nursing a single latte.

Over the past 15 years, the proliferation of free Wi-Fi combined with the explosion in remote work and the gig economy have forever altered coffee retail, inspiring new approaches to seating and design, and new sales models that push premiumization in order to accommodate longer guest visits.

Yet for as much as contemporary coffee retailers tend to talk about local authenticity and the desire to foster community — in the traditional “Third Place” sense, as first popularized by Ray Oldenburg in his 1989 book “The Great Good Place” — the face of today’s Third Place is most often illuminated by a laptop.

Researchers Aksel Tjora and Ida Marie Henriksen have been studying “the cafe worker species” for several years. They’ve found that cafes have become particularly in-demand spaces, despite the wide availability of space and Wi-Fi at libraries and other locations. Tjora told Daily Coffee News that cafes fill an entirely different need from libraries within the Third Place spectrum. 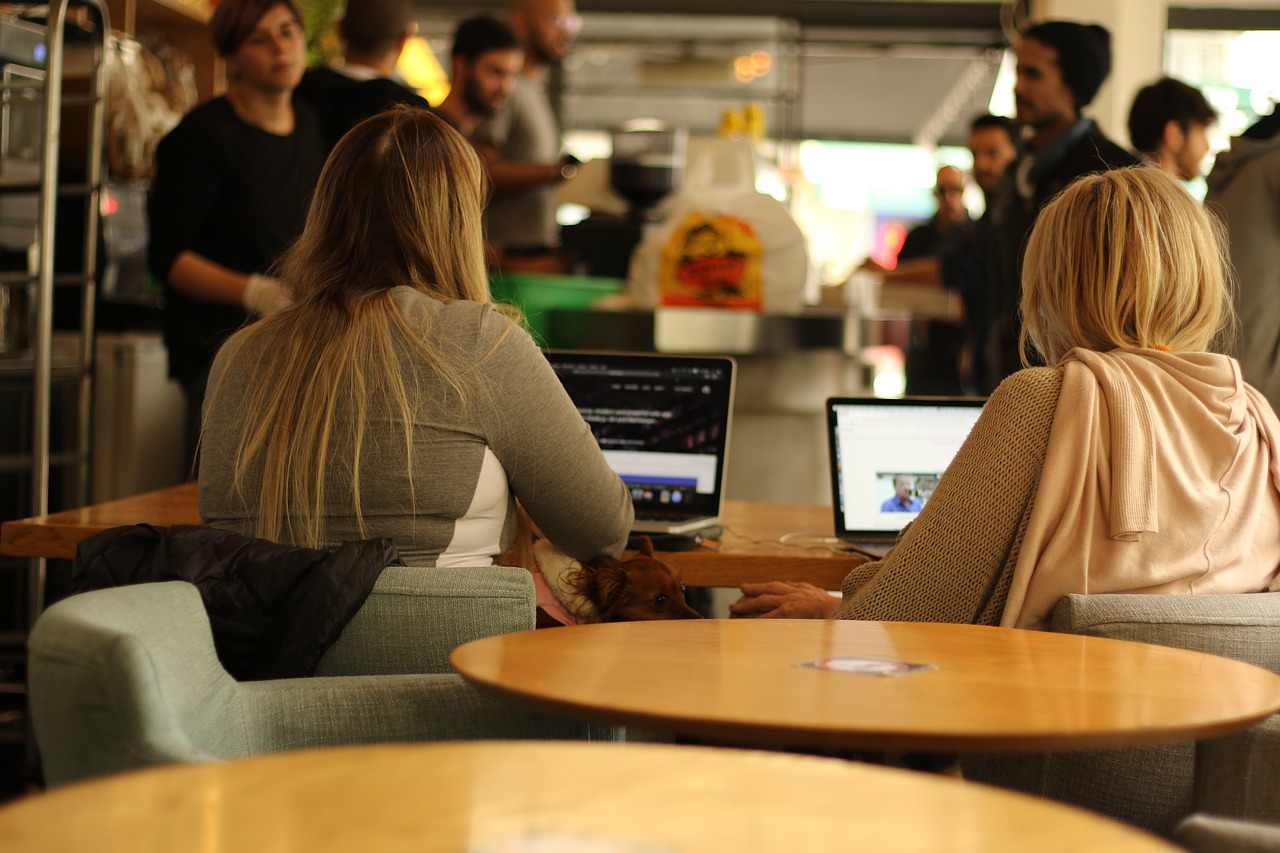 There’s a “creative bustle of sounds being made from coffee machines [and] people talking or walking around,” said Tjora, adding that the cafe is not limited by the “implicit rule that [the library] is a quiet place.”

There’s a tendency to first consider the environment of a cafe as suitable for different acts: eating, studying, chatting, etc. But what if we consider what effects the presence of additional isolated workers has on the environment itself?

Oldenberg wrote that within great Third Places, “conversation was the main ingredient,” and that interactions between neighbors and people of every type of social class could take place. Since the dawn of coffee as a commercialized product, even at the local level, cafes and coffee houses have typically been a gathering places where people from all walks of life could meet and discuss ideas. Today, it seems to be a quaint idea — very 1989, if not 1789.

One question to Oldenberg today might be: Can a cafe continue to be a Third Place if there is little to no conversation? To put it another way: Are Third Place and coffee’s Third Wave irreconcilable?

Dr. Yulia Nurliani Lukito, of the Department of Architecture at the University of Indonesia, is one expert who has noted the problem with such definitions. “It’s not a home. It’s not an office. It’s kind of blurred,” Lukito told DCN.

According to Lukito, that line is especially blurry for today’s consumers tied to their laptops or cell phones. The cafe space functions as a comfortable space between home and work where people also engage in conversations and check-in with their friends and occasionally, strangers, online, she said.

In a 2016 paper titled “Situational Domestication and the Origin of the Cafe Worker Species,” Tjora and Henriksen described these kinds of social interactions as “weak ties,” as opposed to the more foundational in-person ties that historically have been associated with coffee shop socialization.

These online interactions lead to “opportunities for creating a wider network of weak ties, with increased social participation as a potential result,” wrote Tjora and Henriksen.

Adding to this complex milieu is the fact that cafes have begun actively flip-flopping their functions. The most common example is of a busy cafe that functions primarily as a workspace with a to-go counter during the day, then transitions to a kind of social bar in the evening, complete with cocktails, music and other elements that make laptop work seem almost ridiculous. As Henriksen said, “You’re not a laptop worker all the time.” 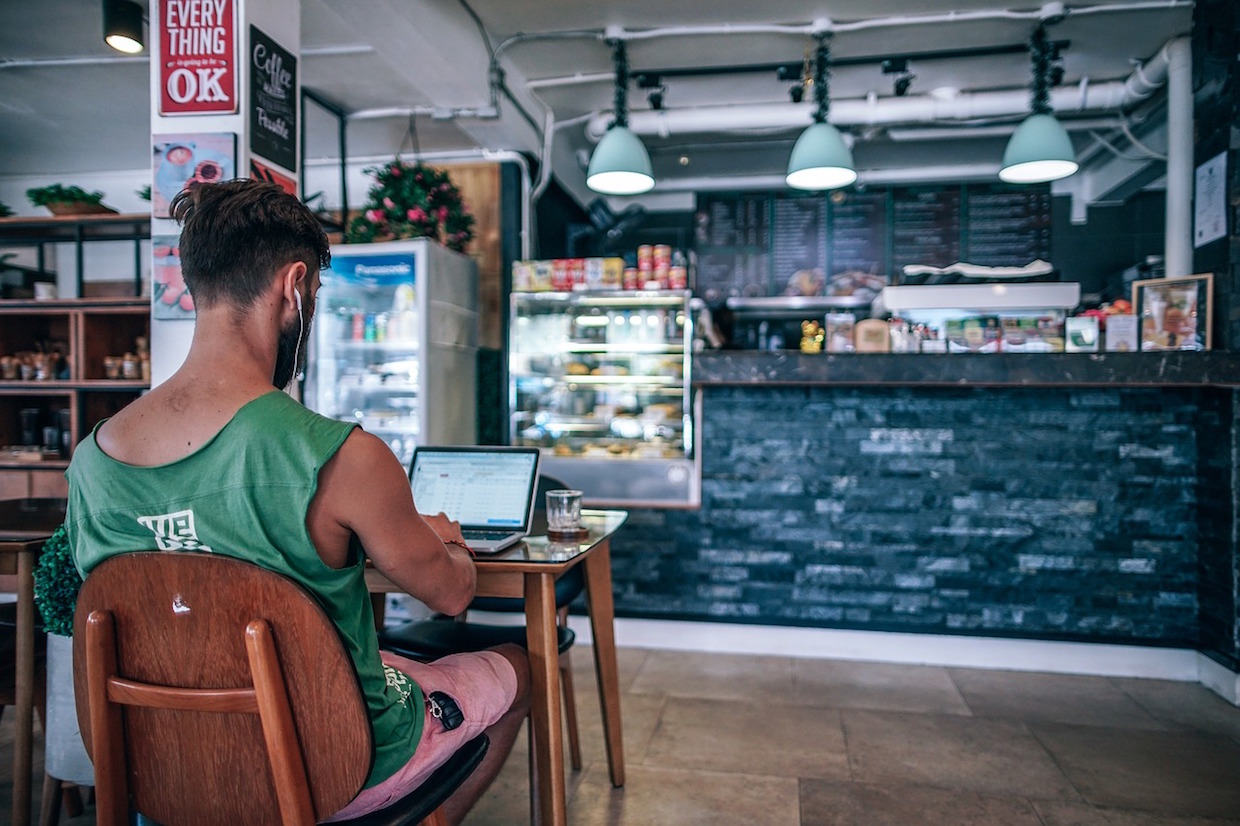 At the same time, should they choose to, cafes can implement several tactics to dissuade remote workers from overwhelming the space at any hour. There may be specific seating arrangements that discourage isolated working, seats and tables that are just uncomfortable enough to prevent long sessions in front of a screen, or even subtle signs that discourage laptop usage during the busiest times of the day.

Of course, there’s the big one that all coffee shop owners dream of, yet few have dared: removing Wi-Fi altogether. Today, in 2019, when coffee shops are workspaces and vice versa, this idea seems almost radical — like a harkening back to the Second Wave pseudo-Bohemianism of the Ray Oldenburg era.

Can you be a Second Place and a Third Place at the same time? Or have the Places crashed right along with the Waves?

Victoria Brown
Victoria Brown is a reporter at a Baltimore, MD magazine. She studied food policy and history at Sarah Lawrence College and focuses on coffee history and equity in coffee production.

As a barista, I think that removing Wi-Fi would be a disaster for coffee shops. This new wave of people working on their laptops in a caffee has brought a lot more positives then negatives. They are actually a specific culture of people making a coffee shop look more cosy and attractive for most people that want their own space in the crowd. We are looking for posts like this on https://www.meetyourbarista.com/