Aeropress On the Move with the Forthcoming Aeropress Go 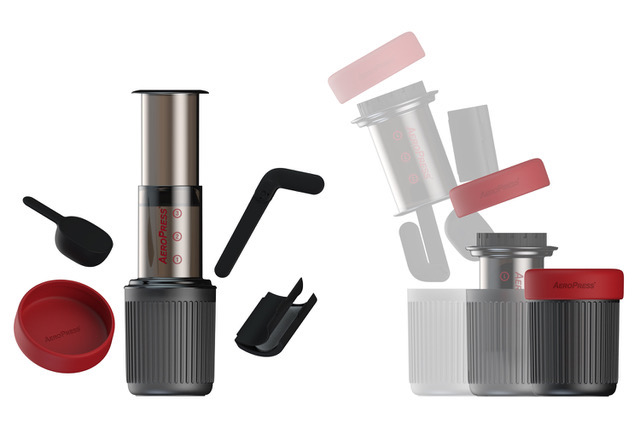 A rendering of the new Aeropress Go, which will make its public debut at the upcoming SCA Expo in Boston. Image courtesy of Aeropress Inc.

According to early renderings of the Aeropress Go, the device will retain the existing Aeropress style and fundamental brewing components — including the cyclindrical plunger that presses water through grinds and a fine filter — that with the Go will all fit snugly within a travel mug sealed with a fitted silicon top.

Aside from its cult-like following through a fun-loving global competition circuit, the Aeropress has gained firm traction among coffee aficionados as a sturdy travel option for its relatively light weight, its durable plastic construction, and its relatively easy cleanup. Aeropress has to this point been offering a branded tote bag add-on, but the new Go is geared squarely toward the on-the-fly-brewing crowd. 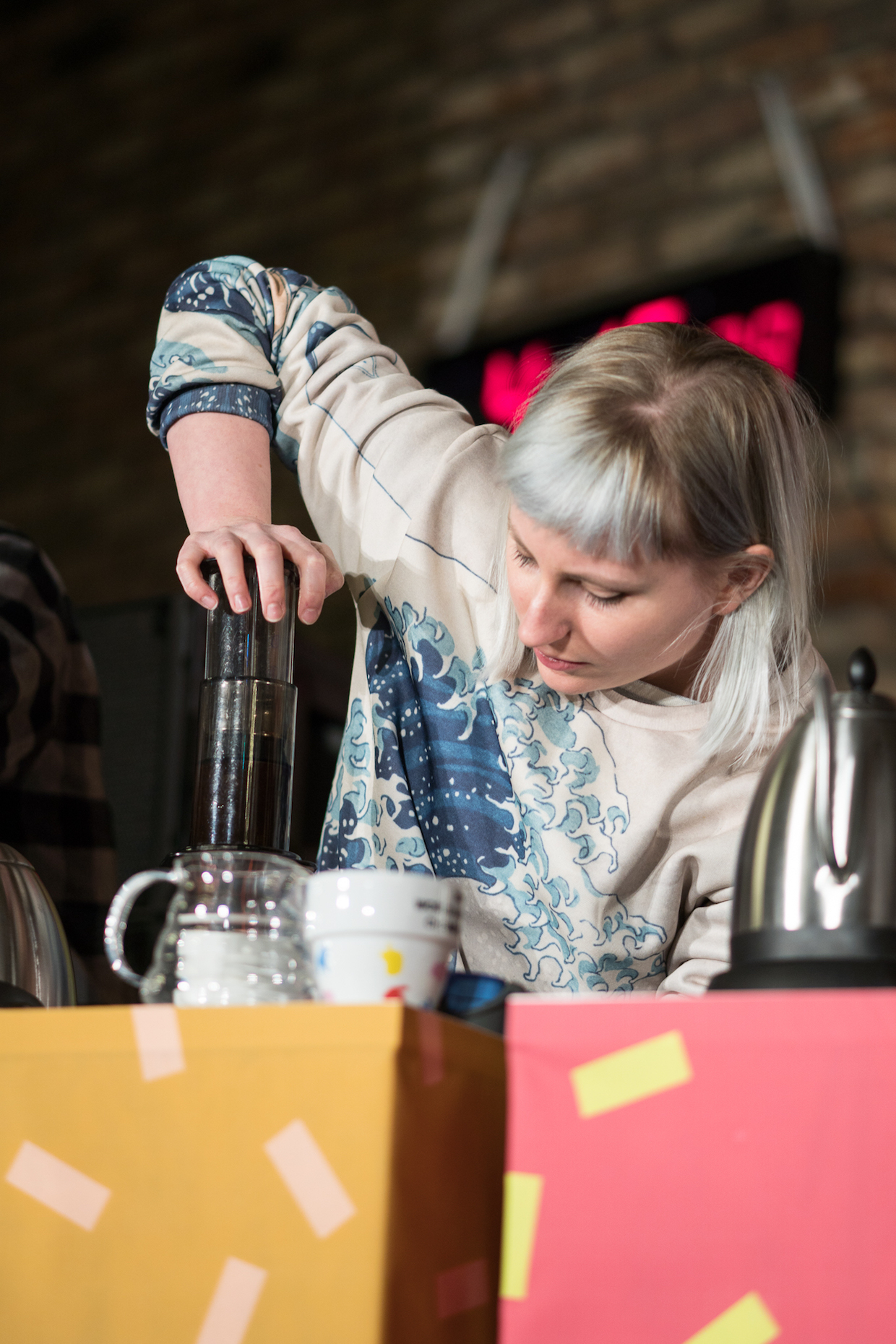 Like the original, the Aeropress Go will brew up to 16 ounces of American-style coffee at a time — through dilution with extra hot water after the initial brew, or it can be used to make a shorter, more concentrated coffee drink.

Aeropress the company plans to introduce the Aeropress Go to the coffee world at the SCA Specialty Coffee Expo, taking place next month in Boston, from booth #349.

An Aeropress representative told Roast magazine/DCN that while the device will make its public intro in April, it won’t begin shipping until later in the year, around August. The company expects the Aeropress Go to sell for approximately the same amount as its predecessor, which has an MSRP of $34.99 but typically runs $30. We’ll have more details soon.

(Editor’s note: A previous version of this story incorrectly stated that the Aeropress Go could be priced at $5 more than the original Aeropress.)

The Aeropress doesn’t hold anywhere near 16 oz of coffee. You’ll need to use a bypass brewing method for that.

It clearly states that it makes 16 oz of American-style coffee after adding hot water post-brew.

@ jayson they cleared started ,meanining to brew 16oz volume you do by pass after brewing

I just wish they could get the original aeropress correct before they make new products. The rubber stopper is junk and lasts only weeks. They need a silicone version!

Have had mine for 4 years. Use it twice a day. Still going strong. It’s all in how you store it.

Can’t wait for the premium version, I want one made of metal or glass.

The AeroPress seal has been made of silicone since October, 2018. Please contact the company at [email protected] if you are having problems with your AeroPress seal.

What’s the best way to store your aeropress? I just rinse mine and leave it sitting on the counter.

Yes, that is what we do here at the office, Tina (on the counter, or in the dish draining board). Really the most important aspect of storing the AeroPress is making sure the seal on the end of the plunger is pushed all the way out of the chamber right after you’re done brewing and have ejected the coffee puck. That keeps the seal free of compression so it will last longer.

I own a second generation Aeropress from 2008. I’m on the original seal with countless uses. It sits on the counter disassembled between uses.