Orphan Espresso Unveils the Flatpack, a Collapsible Dripper for Travel 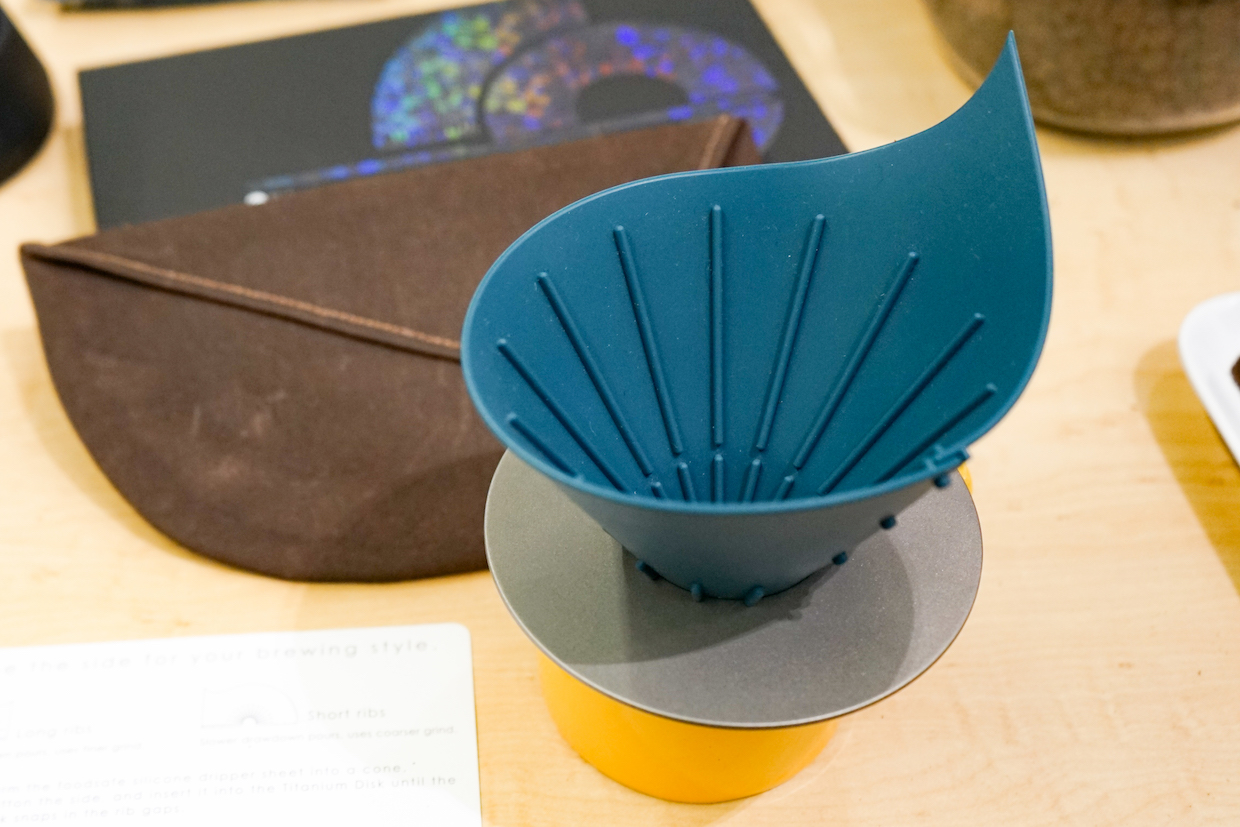 With their home base in Troy, Idaho, their product manufacturing in factories in Taiwan, and a trade show circuit that winds around the globe, Orphan Espresso owners Barb and Doug Garrott are no strangers to frequent and long-distance travel. For their own sake, and for the sake of anyone else who values lighter luggage, Orphan Espresso has literally unrolled a new pourover brewing product, The Flatpack.

“As the person responsible for packing the luggage, the dripper’s always the last thing to go in,” Barb Garrott recently told Daily Coffee News. “I wanted something that was absolutely flat. So that’s what we made.” 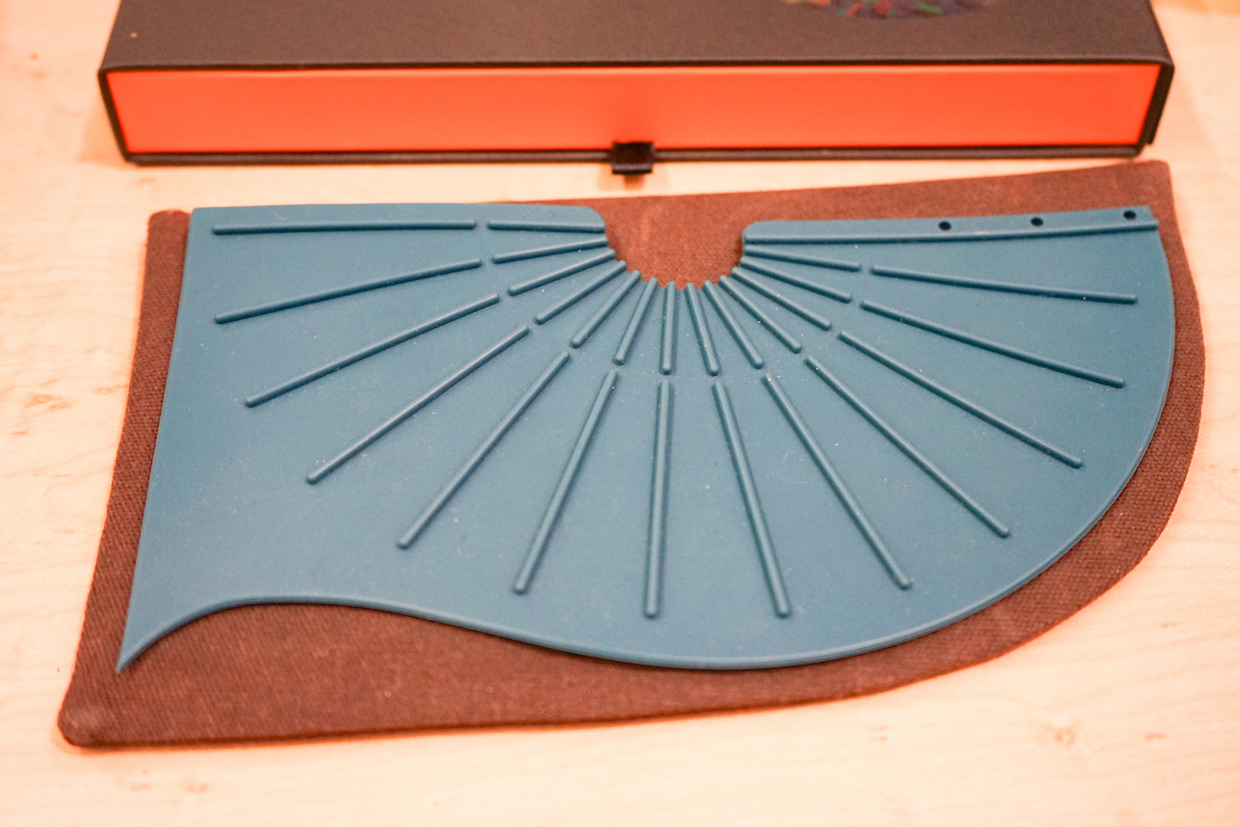 The ribbing on one side of the Flatpack recalls the Kono dripper while the longer ribbing bears more resemblance to a V60. Daily Coffee News photo by Howard Bryman.

The endearingly simple and clever Flatpack is but a flat slice of pure silicone with different designs of ribbing on each side. On one side, the ribs run halfway up from the edge to the center, and on the other they extend fully across. Users can twist it either way, buttoning one edge over the other to form a cone shape that holds a paper filter for pourover brewing. 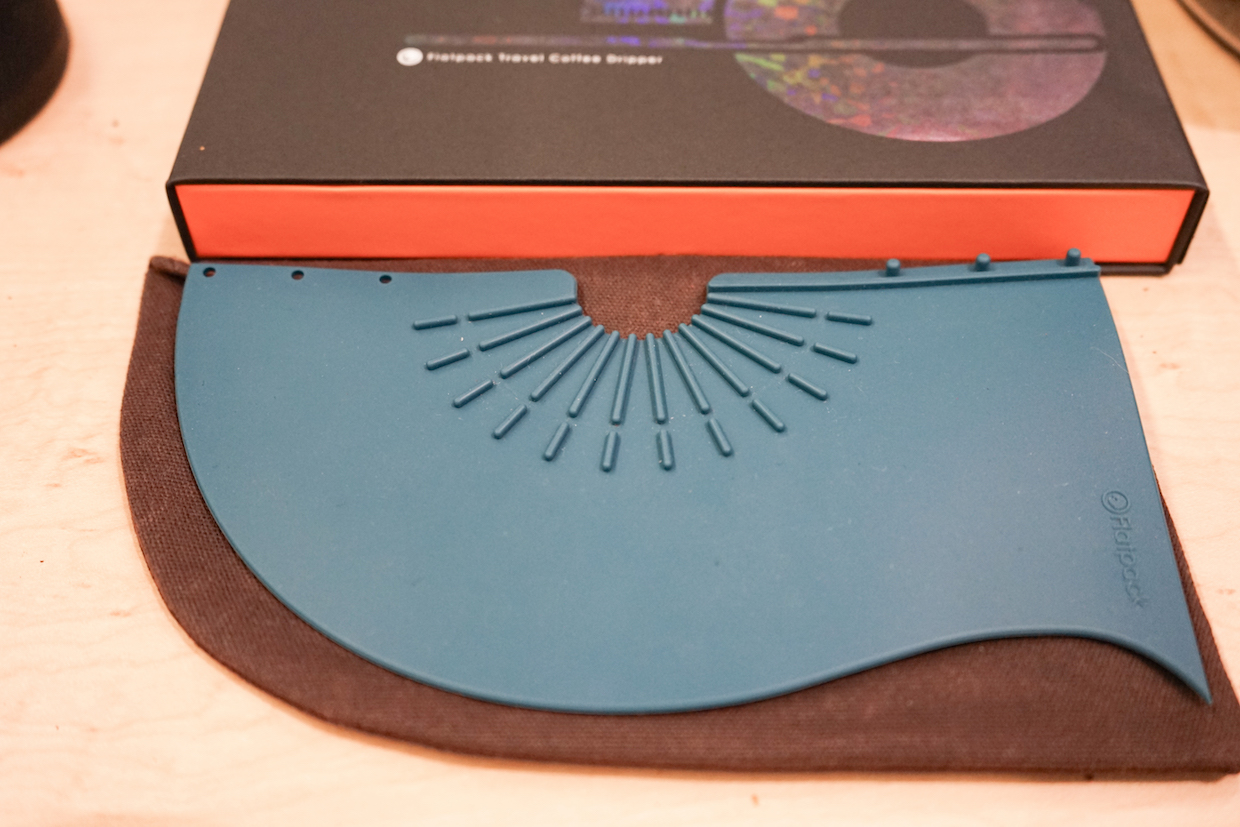 The half-ribbed side is in keeping with the style of a Kono dripper, in which a wet paper filter has more area to adhere to the side of the brewer, slowing the flow for extended contact time between the coffee and water. The fully ribbed side is for faster flow, akin to a Hario V60. When assembled, the Flatpack fits into a flat titanium ring that holds it on top of a mug or other vessel. 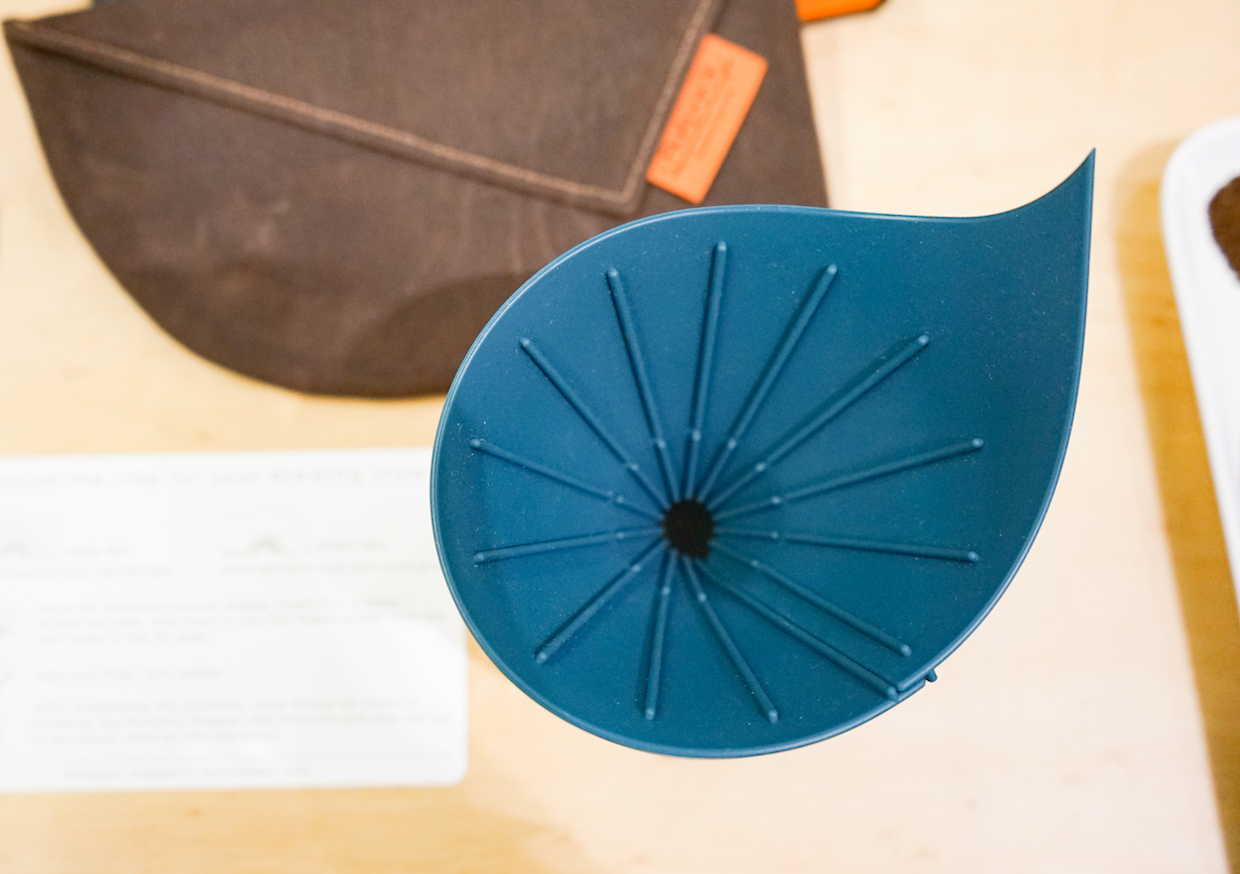 The Flatpack is manufactured in the same factory in Taiwan that makes a number of other products for the Orphans, as their fans call them. The brewer ships in a colorful retail package that includes a waxed canvas wallet for storing the flattened Flatpack, the titanium disc and some filters.

“The initial first batch, the canvas is all hand-sewn by Joanne’s auntie — our production manager’s aunt,” Barb Garrott said. “After this first run, they’ll be made by a bag factory in Taiwan.” 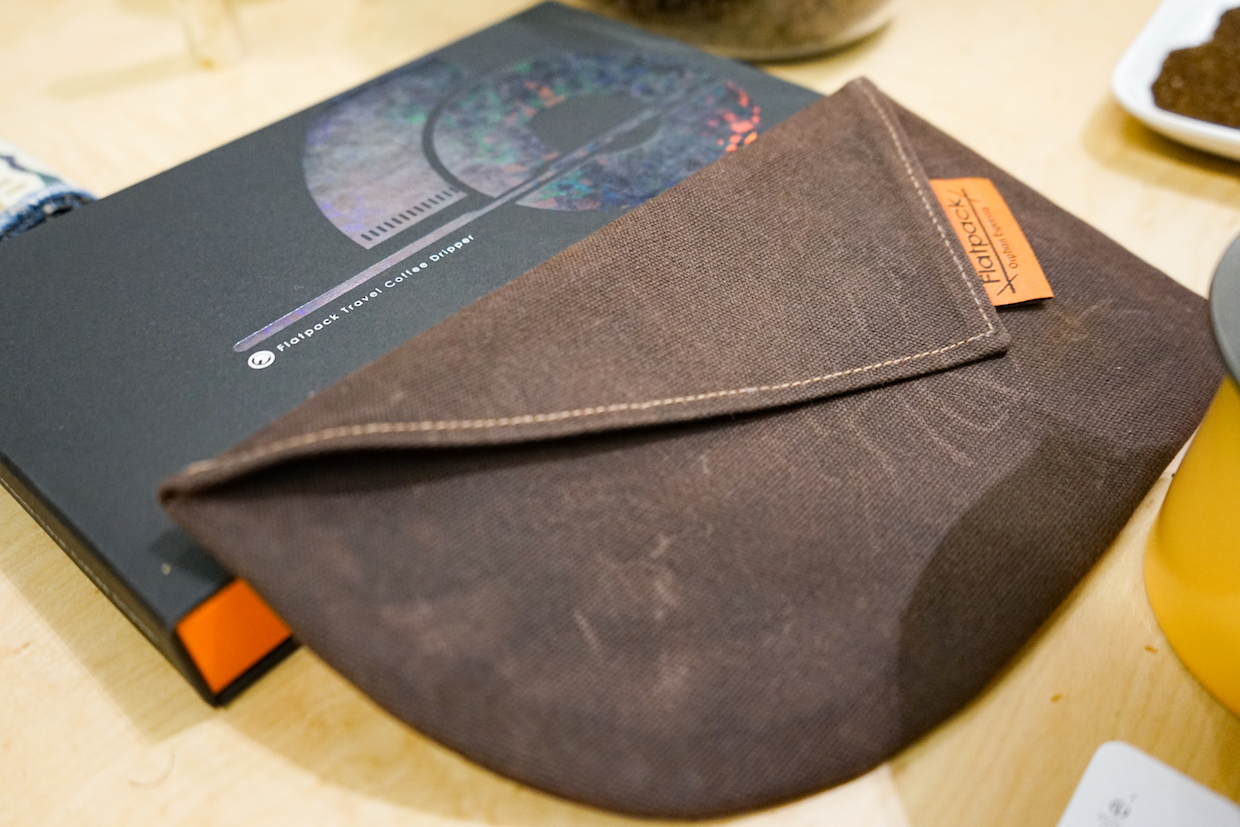 Sales of the Flatpack launched earlier this month in advance of the SCA Expo in Boston, where the product sat next to the finished production model of the company’s new Apex manual brew grinder, which features ghost tooth burrs. 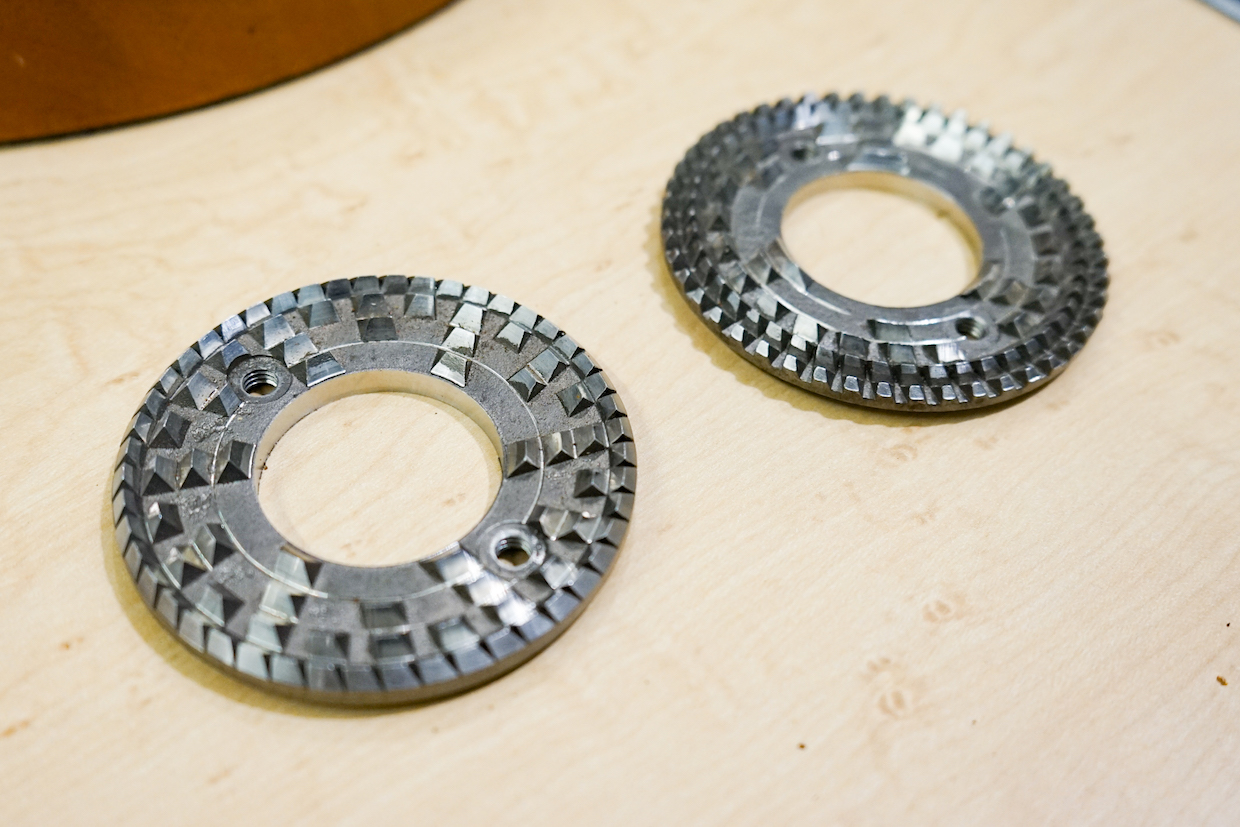 The first production run of Apex grinders shipped to pre-order customers in February. Garrott said the only Apex design change that occurred since the Apex’s initial reveal at the SCA Expo in Seattle last year is the inclusion of a smoother funnel-shaped insert at the bottom of the hopper that prevents bits of coffee from getting stuck in what used to be a more angular corner. 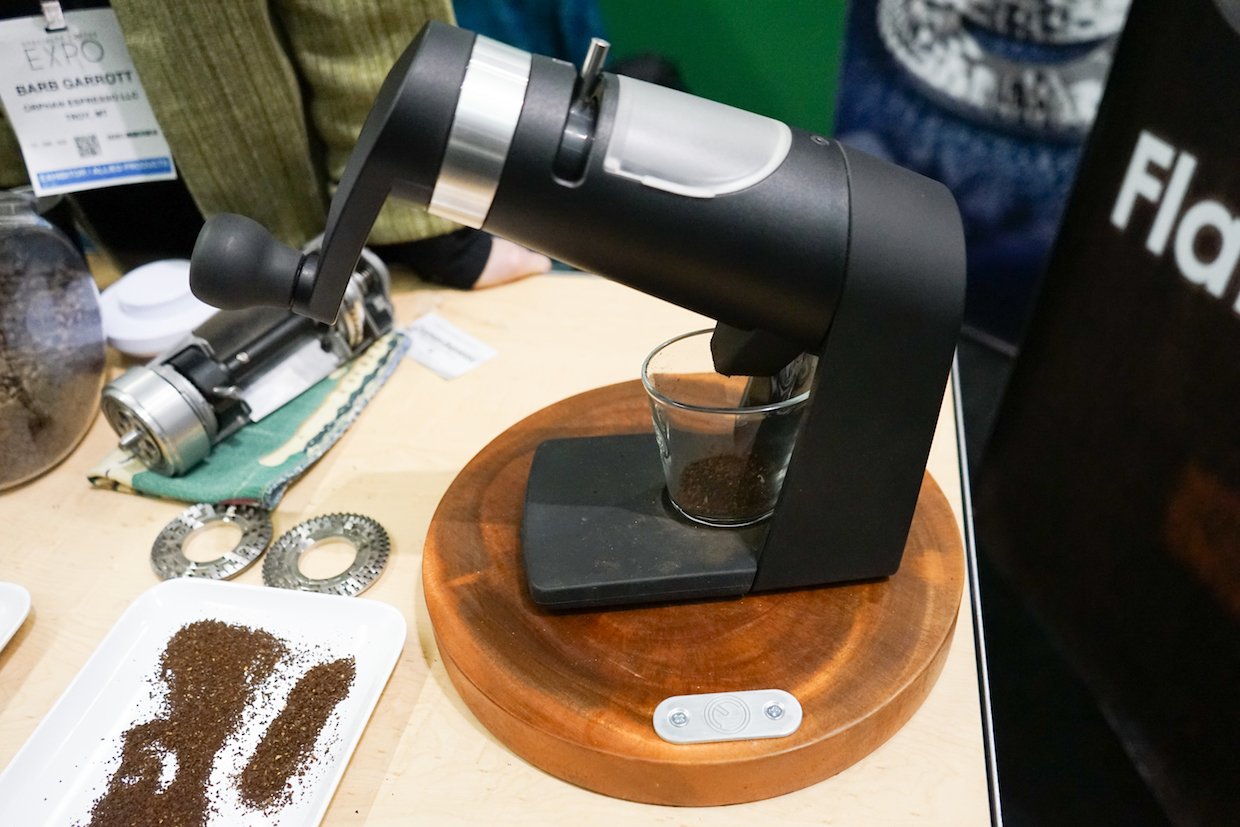 “Anyone that’s already bought one, we will be providing this piece,” said Garrott. “All they have to do is let me know their mailing address. You do have to take the handle and gear box off — standard cleaning procedure — and then you just pop that in and you’re up to 100% modern Apex grinding.” 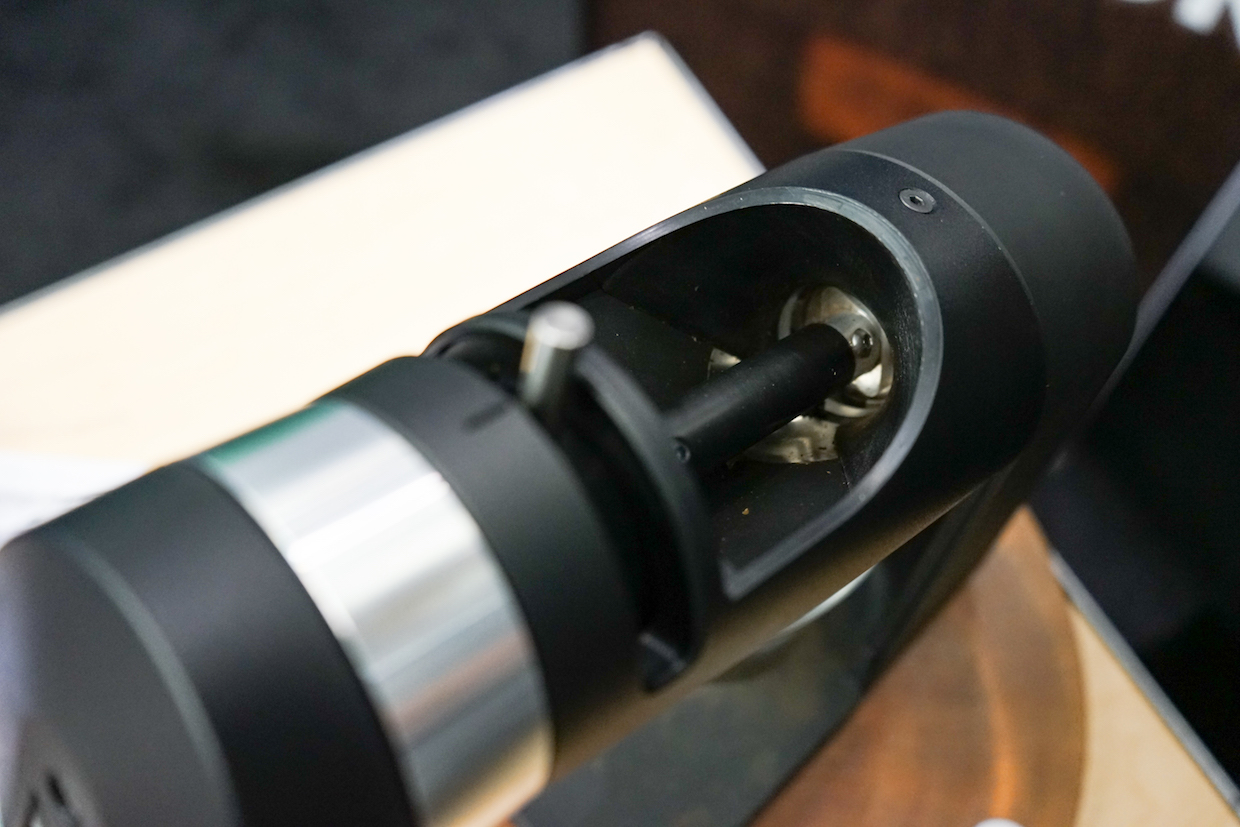 I think you meant s/pure silicon/pure silicone/ because a silicon product wouldn’t be flexible?