The Extraction is Creating a Cryptocurrency Just for Coffee Farmers 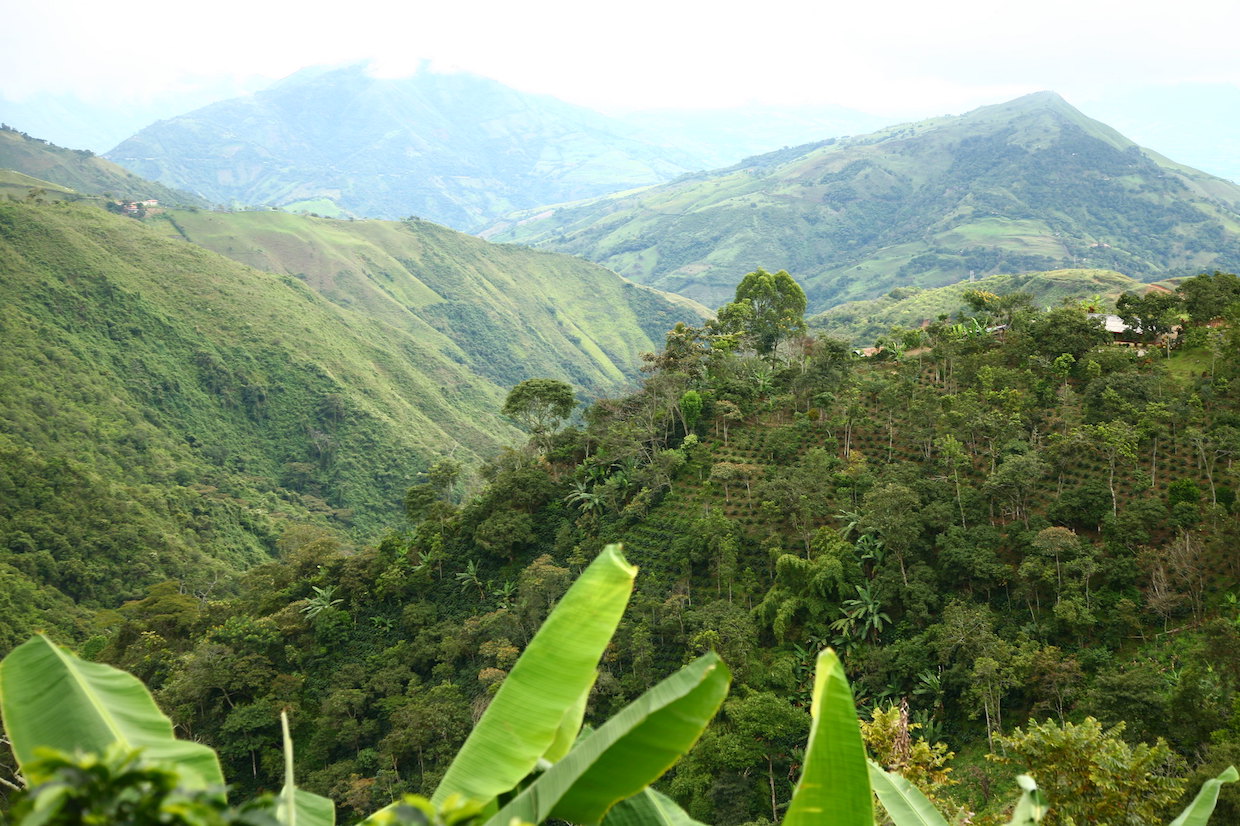 Climate change is taking a remarkable toll on small farmers in Colombia’s picturesque Zona Cafetera, presenting a clear long-term threat to the coffee sector’s viability. Yale Environment 360 took a deep look at the research being done in the Colombian coffeelands:

Jessica Eise, a Purdue University Ph.D. student working to create a climate change adaptation information network in Colombia, recently completed a study of the impact of climate change on Colombia’s coffee farmers. More than 90 percent of the farmers she interviewed reported changes in average temperature, 74 percent said droughts had gotten longer and more severe, and 61 percent reported an increase in mountainside erosion and landslides caused by heavy rains. Most coffee farmers noticed changes in their trees’ flowering and fruiting cycles, Eise said.

Cornell University agricultural economist Eva Meemken told NPR that people need to be more realistic about what they can expect from Fair Trade systems, which may help farmers receive their guaranteed prices, but ultimately do little to benefit the coffee sector’s most vulnerable actor, farmworkers:

Fair Trade USA, one of the major groups that manage Fair Trade certification, says that it is discussing ways to help workers who are hired by cooperative workers. In a statement emailed to NPR, the group said that it was upgrading its standards to require that workers “have access to personal protective equipment, housing, and drinking water of equal quality to that of the farmers themselves.” When it comes to wages, the Fair Trade standard simply requires that “wages and benefits must always at least comply with legal requirements.”

While a number of progressive coffee companies have signed a price transparency pledge, Max Nicholas-Fulmer and Chris Kornman from coffee importer Royal Coffee this week offered a nuanced reflection on The Pledge and associated efforts:

As for the quality:price dynamic, the relationship between FOB prices and overall cup score is tenuous at best. It is very easy to overpay, and likewise great coffee can often sadly be found for relatively cheap. Any green buyer can think of examples of coffees selling at $2.50 FOB where similar quality could be had for a dollar per pound less elsewhere. The higher the price, the wider the discrepancy tends to get. Part of this price transparency revolution, if it is to be at all transformative, has to be a willingness to consciously overpay compared to similar quality 84/85 cup score macrolots. This is where #PayMoreForCoffee gets it right, but if those higher prices aren’t accompanied by a deeper understanding of where that money is actually going, and a goal that it accrue to areas associated with tangible quality improvements, it won’t do much but to further entrench the current dichotomies between supplier and buyer. 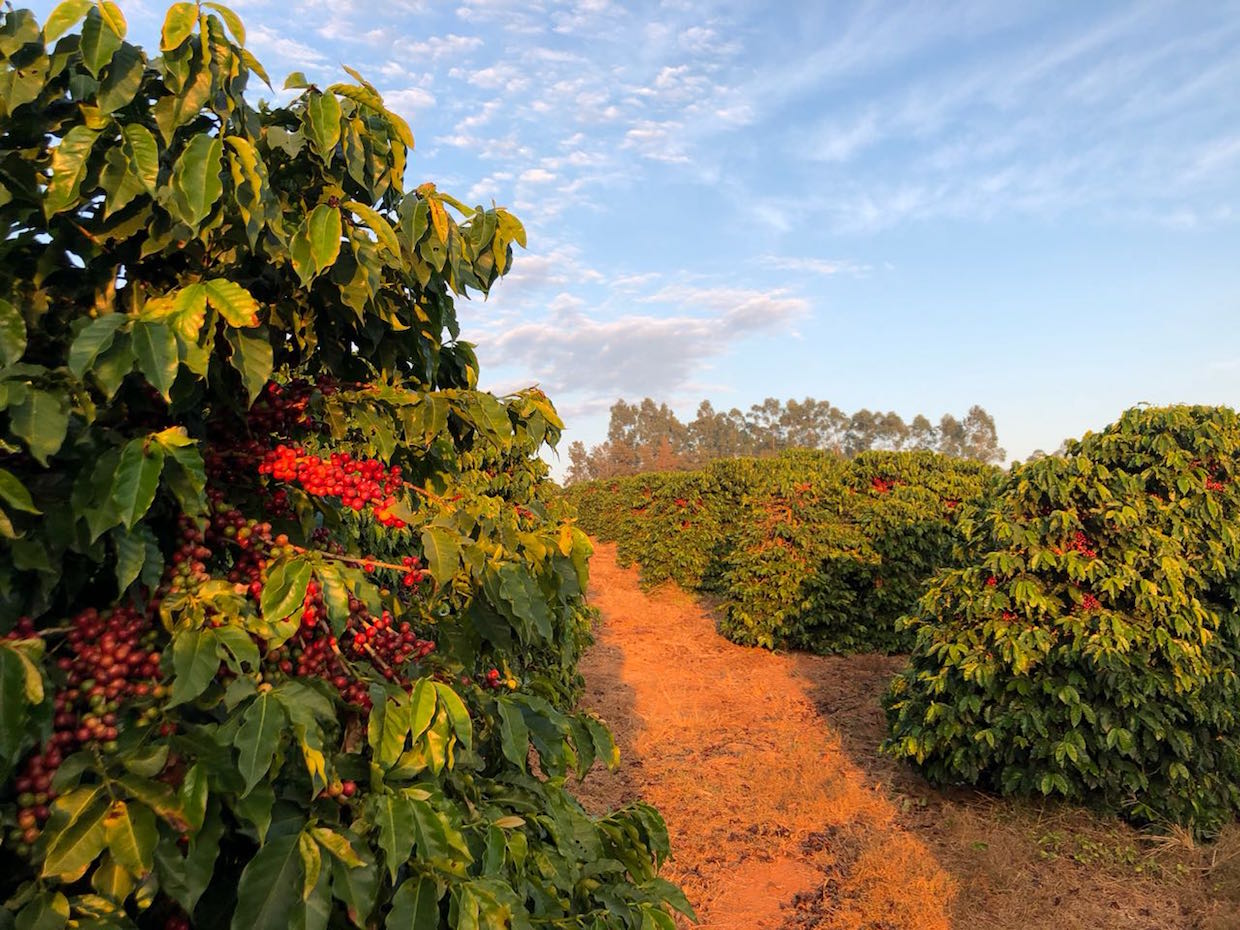 Major Brazilian coffee cooperative Minasul is taking transparency matters into its own hands in launching its own cryptocurrency for coffee. Minasul President Jose Marcos Magalhaes told Bloomberg that producers would use the “coffeecoin” to buy farm inputs such as fertilizer and equipment as well as personal items like cars and food:

Exchanging the coins for goods will take place in a digital marketplace, backed by Minasul’s store of crop nutrients, machinery and other products, he said.

Farmer members will be able to acquire the currency against current and future coffee production, Magalhaes said. As much as 30% of the current harvest is eligible for exchange, 20% of the next crop, and 10% for the season after that. Allowing this type of digital financing will reduce costs for the cooperative and growers because it won’t require registration though a notary’s office, he said.

A blockchain solution like Minasul’s might be a good move for the industry in Guatemala. Reuters has reported that Luis Fernando Quintanal, the head of Exportcafe, has been apprehended and charged with tax fraud and money laundering to the tune of roughly $12 million. Exportcafe is the Guatemalan coffee unit of Switzerland-based agricultural trade corporation Ecom, which denies the charges:

Guatemala accuses the company of partnering with its suppliers to defraud the government of taxes between 2010 and 2012, according to ECOM Managing Director Eduardo Esteve and a Public Ministry spokeswoman.

Quintanal’s home and office were raided on Friday, Esteve said.

In addition to Quintanal, two other men, Oscar Rodriguez Alegria and Olver Baldomero, were also apprehended that day, the notice said. Both are suppliers to Exportcafe and do not work directly for the company, Esteve told Reuters. 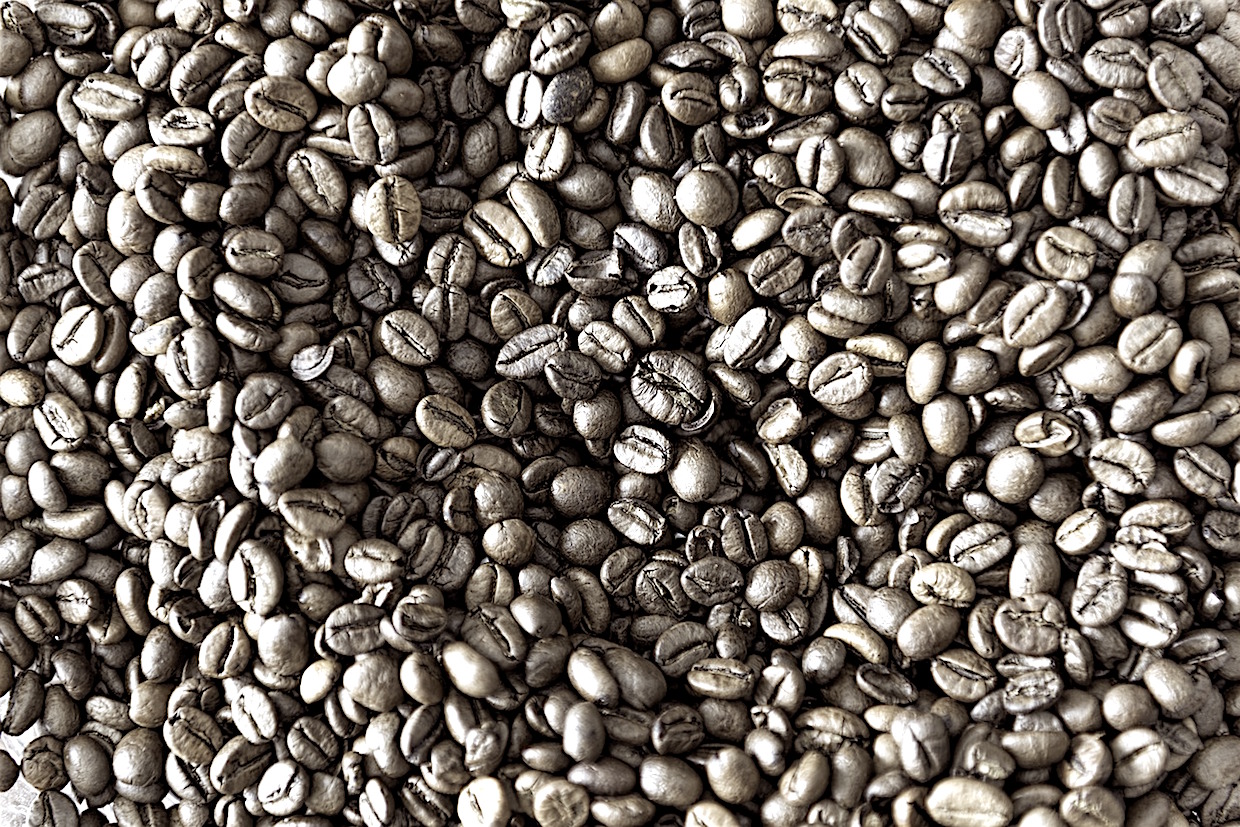 Hopefully the arabica coffee at play in all these situations is at least the genuine article. But just in case, there’s another spectroscopy-oriented method for detecting robusta and rooting out frauds. Oxford Instruments has rolled out a product called Pulsar, a high-resolution benchtop Nuclear Magnetic Resonance (NMR) spectrometer:

To authenticate coffee using Pulsar, 10g of ground roast coffee are stirred with 30ml chloroform for 5 minutes, then filtered and dried in a vortex evaporator for 30 minutes. The dried extract is then re-dissolved in 800μl of deuterated chloroform and filtered directly into standard 5mm NMR tubes. Measurement time in Pulsar is approximately 40 minutes, making a total preparation and measurement time of approximately 90 minutes per sample. This compares very well with the alternative, chromatographic methods for coffee authentication, which invariably have much lengthier preparation steps. 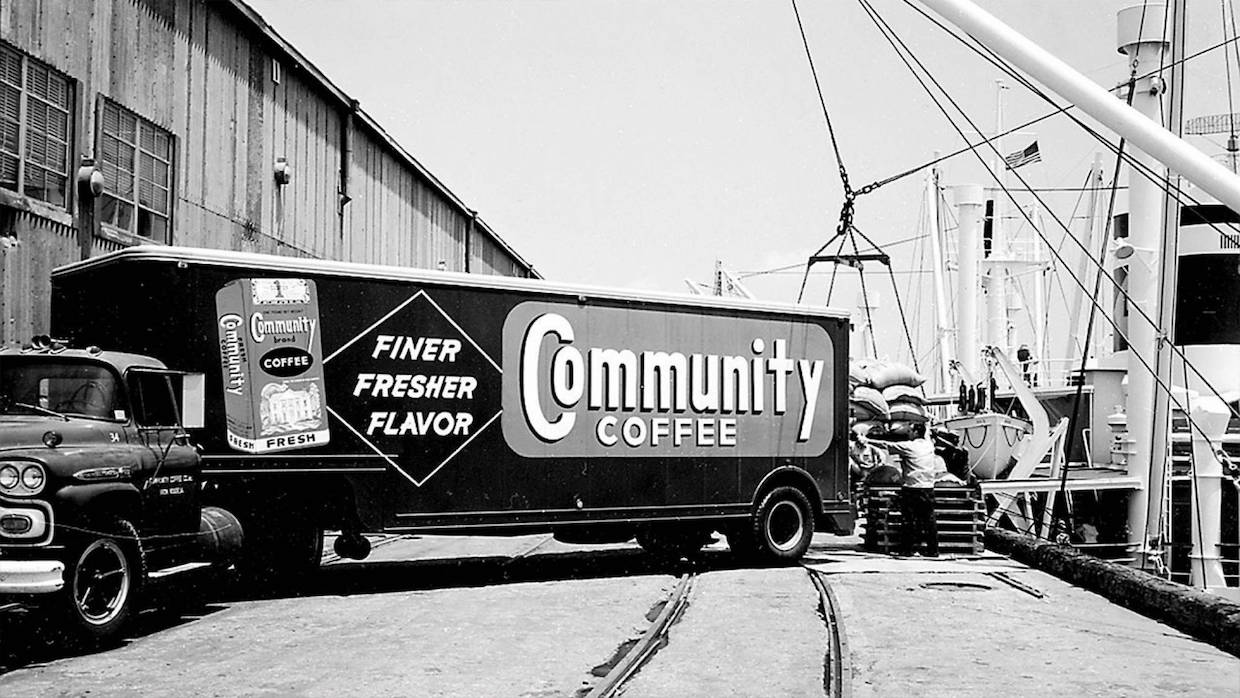 In coffee TV, Louisiana Public Broadcasting is today debuting a 30-minute documentary called “Community Coffee: Cheers to 100 Years.” The special is in honor of Community Coffee‘s 100-year anniversary in business, according to Louisiana news source The Advocate:

“Community Coffee is a compelling story about the entrepreneurial spirit and vision of a man, Henry or “Cap” as he was known, and the Saurage family,” said Jason Viso, director of programming & content at LPB. “The opportunity to tell stories about the people, places and history of our state is what we do at LPB. This program gives us another opportunity to tell one of these remarkable stories.”

“In 2006 I was working as a consultant for a company that imported espresso machines,” says Mike McKim, owner of Cuvee Coffee in Austin, Texas. One day, he remembers, he was sitting in a café when he spied something he had never seen before. “As I’m talking to the owner I see a bunch of high-school kids coming in, and I’m watching the barista serve them these pint glasses out of a beer tap with what looked like beer. So I was like, ‘What are you serving these kids?’” 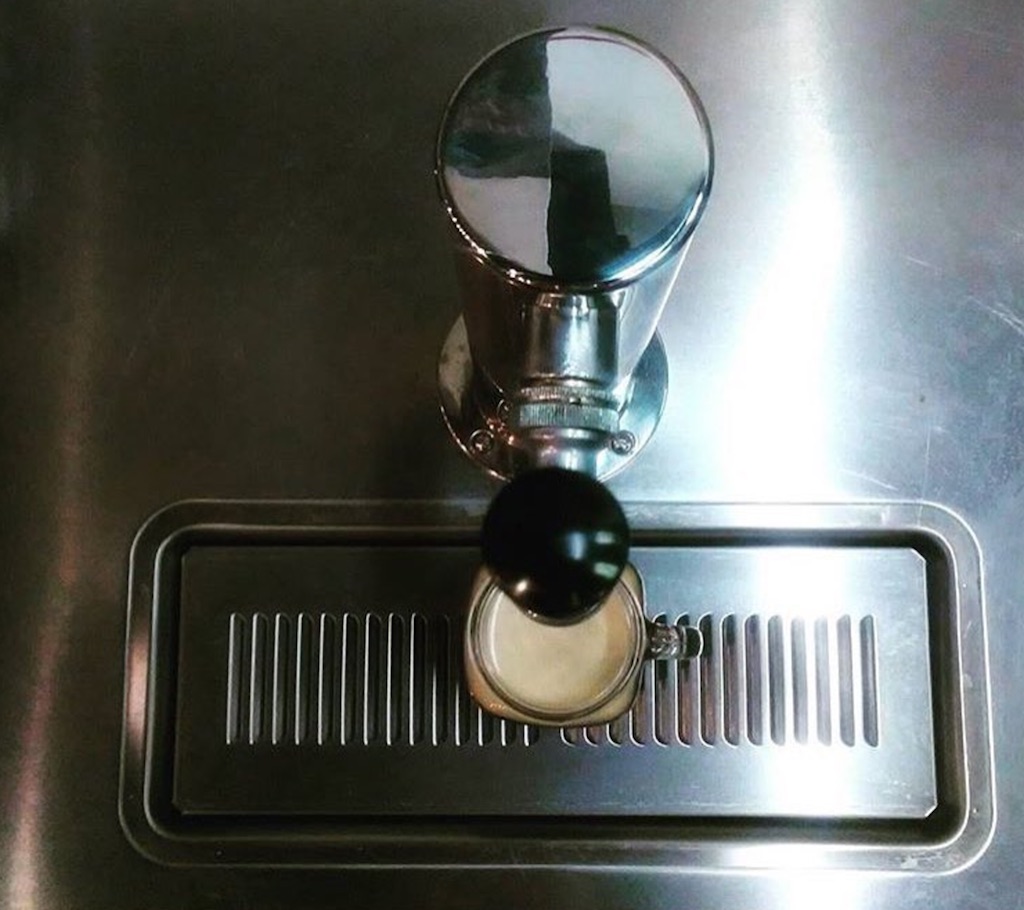 As it turns out, there may be psychological factors at play with nitro. American University chemistry professor Matt Hartings chatted about nitro and lots of other coffee-related pseudo-science in a recent interview with the Boston radio station WBUR:

“I think there’s a lot of it that is a big marketing ploy or just we go into a coffee shop and you see someone pulling a tap and you think, ‘I’ve got to have that.’ So there is some psychological thing that’s hitting you,” Hartings says. “The biggest difference I think is in the texture of the nitro cold brew coffee. And so if you put any sort of creamer in your coffee, it changes the mouth feel. When you add bubbles, it has the same effect.”

Whilst roasters divert billions in vital income away from communities already living in abject poverty then environmental mitigation initiatives are impossible to wven think about.