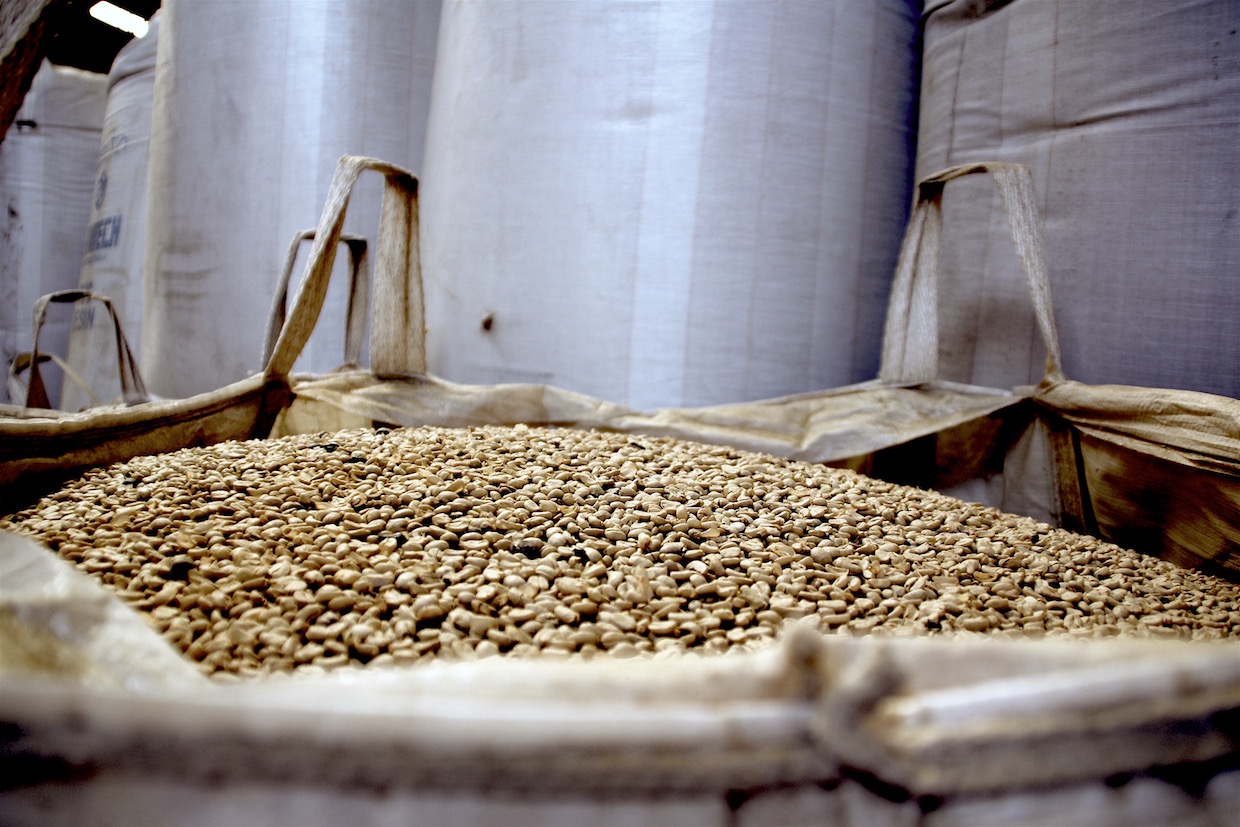 A growing number of progressive coffee companies from the United States, Canada, Europe and Australia have banded together in support of a radical new strategy to promote coffee purchasing transparency reporting.

Seventeen companies and counting — predominantly roasters plus one importer (United States-based Coop Coffees) — have signed “The Pledge: A Common Code for Transparency in Coffee Buying.”

In doing so, each company has committed to creating transparent purchasing reports that are publicly and easily accessible, and include the following information: name of the producer; FOB price paid; the coffee quality score and/or grade; volume of coffee purchased; length of the relationship between the buyer and the producer; and the percentage of transparent coffees in relation to total volume for a given year.

While a handful of individual companies have made such data available to consumers — and, by extension, to their peers in the coffee industry — the pledge represents a remarkable group effort, one intended to encourage other companies to become more transparent about their purchasing records.

Among the stated goals of the pledge are to promote a sustainable supply of coffee by ensuring that producers receive a living income; to create a price discovery tool for buyers seeking to contribute to living incomes; and to better back marketing claims with actual facts.

The authors of the pledge nearly all happen to have been gathered at the second Transparent Trade Coffee Symposium, hosted by Emory University-based Transparent Trade Coffee (TTC), which took place in Hamburg, Germany in June 2018. Led by Peter Roberts with project partner Chad Trewick, TTC is the group that recently released the groundbreaking Specialty Coffee Transaction Guide. While that guide lists companies that voluntarily participated as “data donors,” that data is anonymized.

Multiple sources who helped author the new transparency pledge told Daily Coffee News that the pledge is not an initiative of TTC, but that it evolved organically based on conversations among many of the symposium’s participants. 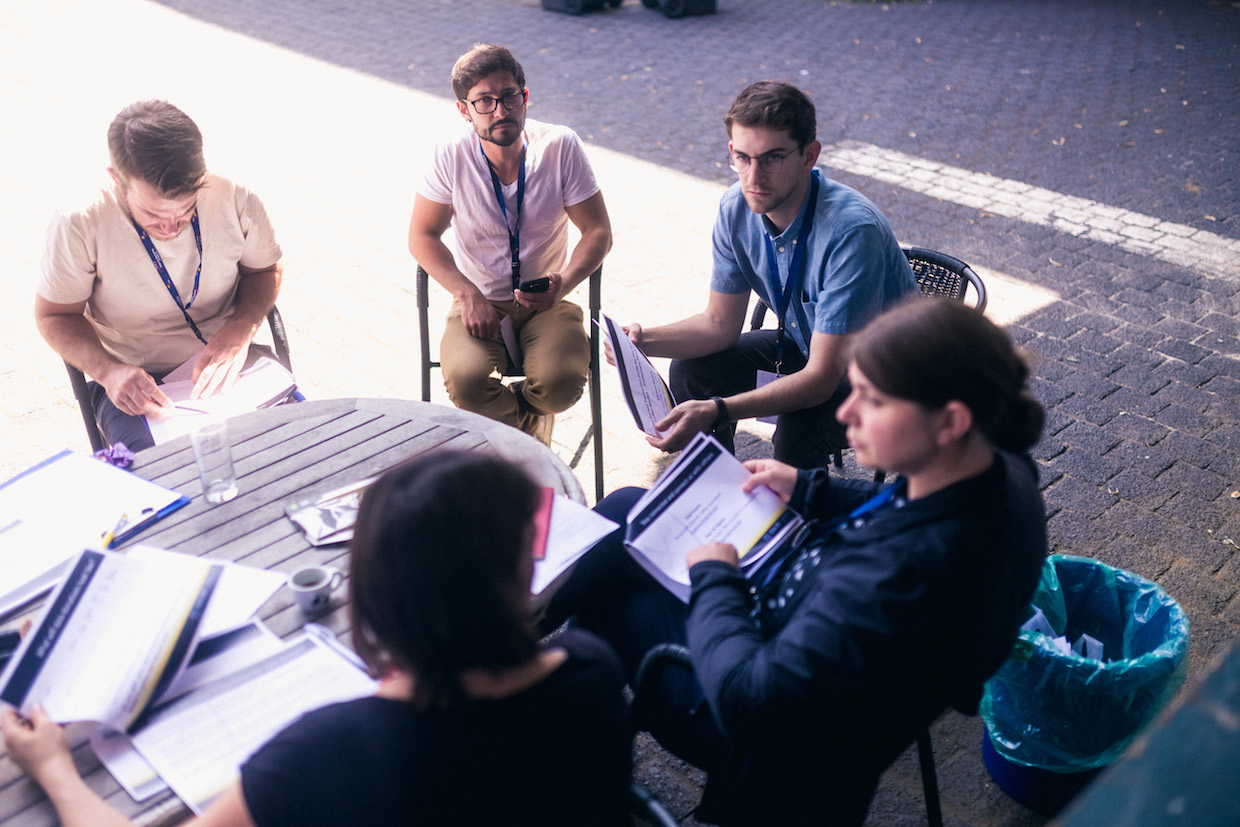 “At the end of the Hamburg Colloquium, we had some proposals on how to continue in furthering the cause of transparency, in addition to the transaction reporting already underway… That’s how the idea of a pledge came about,” Seattle Coffee Works Green Buyer and President Sebastian Simsch, one of the pledge’s lead authors, told DCN. “A few of us… kept in touch all year and we had a few conference calls, and finally we ended up putting up the pledge.”

Among the other signatories of the pledge thus far are prominent names in the specialty sphere such as Tim Wendelboe (Norway), Onyx Coffee Lab (U.S.), Heart Roasters (U.S.) and Café Campesino (U.S.).

Lorenz told DCN that the pledge network is encouraging other well-intentioned roasters to join the pledge. He characterized such transparency reporting as a natural evolution of the “direct trade” movement, which at times has suffered from unsubstantiated marketing claims.

“One of the main goals of the pledge is to collectively define transparency,” Lorenz said. “If dozens or even hundreds of roasters all over the world sign the pledge and adapt our extensive definition of what transparency should mean, it will become a lot harder to co-opt the idea and use it exclusively for marketing purposes without talking about green coffee prices.”

Currently, companies committing to the pledge will undergo a peer review process, although Lorenz said the group has no interest in “policing transparency.”

“Of course there will always be ‘honest mistakes,’ but I believe that lying on your transparency reports isn’t a smart move for anyone,” he said. “The specialty coffee scene is well connected, and the potential loss of reputation could be devastating for any business.”

While many of the roasting companies that have already signed the pledge have reputations for sourcing almost exclusively high-quality specialty coffees — paid for with a pretty penny — Lorenz said metrics such as length of the relationship and purchase volume size are included to promote transaction data beyond mere cup score and price that reflect equitable and sustainable purchasing decisions.

Said Lorenz, “Obviously transparent pricing, beyond the volatile ‘C price,’ isn’t the only piece of the puzzle, but it’s an important one because it enables people along the value chain to make informed choices and shows producers and consumers that great coffee is worth a lot more.”

The fact that this is an unprecedented undertaking in coffee’s fledgeling transparency movement will naturally result in as many questions as it does answers, but Lorenz and Simsch both underscored the concept that some data represents more progress towards a sustainable coffee sector  than does no data at all.

“At this point, transparency is still a bit hard to come by altogether, and any amount of data is valuable,” Simsch said. “We wholeheartedly support the efforts of the [Specialty] Coffee Transaction Guide, and we created the pledge so those of us who’d like to promote the cause of transparency — and, we believe, more fair, i.e. higher prices, for raw coffee — could do so in an open way. It’s less of a marketing effort than an effort to truly address the information asymmetry in coffee that mostly affects the growers.”

Every single one of these companies is committed to diverting vital coffee roasting income away from the communities they’re claiming they’re trying to help. Green washing the n all its glory.