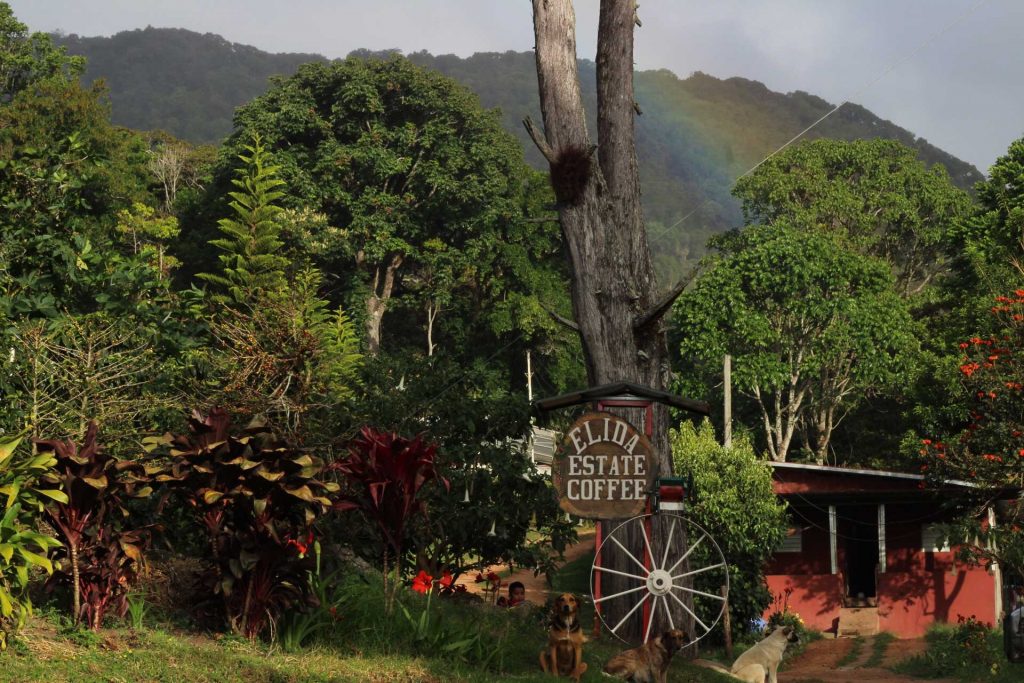 The 23rd Best of Panama specialty coffee auction resulted in astounding prices, including a BoP auction-record-breaking natural-process Gesha variety from the Lamastus family’s Elida Estate that fetched $1,029 per pound.

The 49 lots sold at the auction generated nearly $560,000 for farmers, with per-pound averages reaching just above $100. Among the forty-three 100-pound lots sold, none fetched less than $28 per pound, reflecting the high prices buyers were willing to meet across the board.

Such prices are in stark contrast to the global commodity coffee market, where, as of this writing, the ICE coffee futures price, a.k.a. “C price” for September contracts sat at a dismally low $1.076 per pound.

If not the genetic birthplace of Gesha, which originated in Ethiopia, Panama has been ground zero for the fame and economic rewards associated with the Gesha variety (referred to by most Panamanian producers as Geisha) at the very high end of the specialty coffee trade.

A longtime competitor in the BoP auction, the Lamastus family has been a major force in Panamanian specialty coffee, with owner Wilford Lamastus (Sr.) being a key figure in the formation of auction organizer the Specialty Coffee Association of Panama. The family’s natural-process “Elida Geisha Green Tip” took the highest score ever at the BoP competition in May before breaking the auction price record this week.

“Last night Elida Geisha ASD achieved a record of $1029 per lb of coffee. The same coffee achieved 95.25 points, another record in points [sic],” Wilford Lamastus Jr. wrote on Instagram following the auction. “Since the days my father started pushing with his few colleagues the creation of the Specialty Coffee Association of Panama to 29 years later achieving the records and making Panama Geisha a global brand. Today, Elida won as the best coffee, but in reality is about Panama because in the long run people will remember the origin and variety and not individual producers #PanamaGeisha.”

Earlier this year, Klatch Coffee made headlines throughout the world for pitching last year’s BoP top lot — yet another natural-process Gesha from the Lamastus family’s Elida Estate, which sold for $803 per pound — as the priciest cup of coffee ever sold. It offered individual tasting experiences in San Francisco for $75 per cup.