The deal, described by Franke as a “strategic partnership” as opposed to an acquisition, further extends the group’s reach in the commercial and home coffee segment. Whereas Franke’s coffee systems division has traditionally been focused on the super-automatic and vending categories, Dalla Corte’s product line includes a range of highly stylized semi-automatic portafilter espresso machines, plus grinders, for the commercial and high-end home markets. 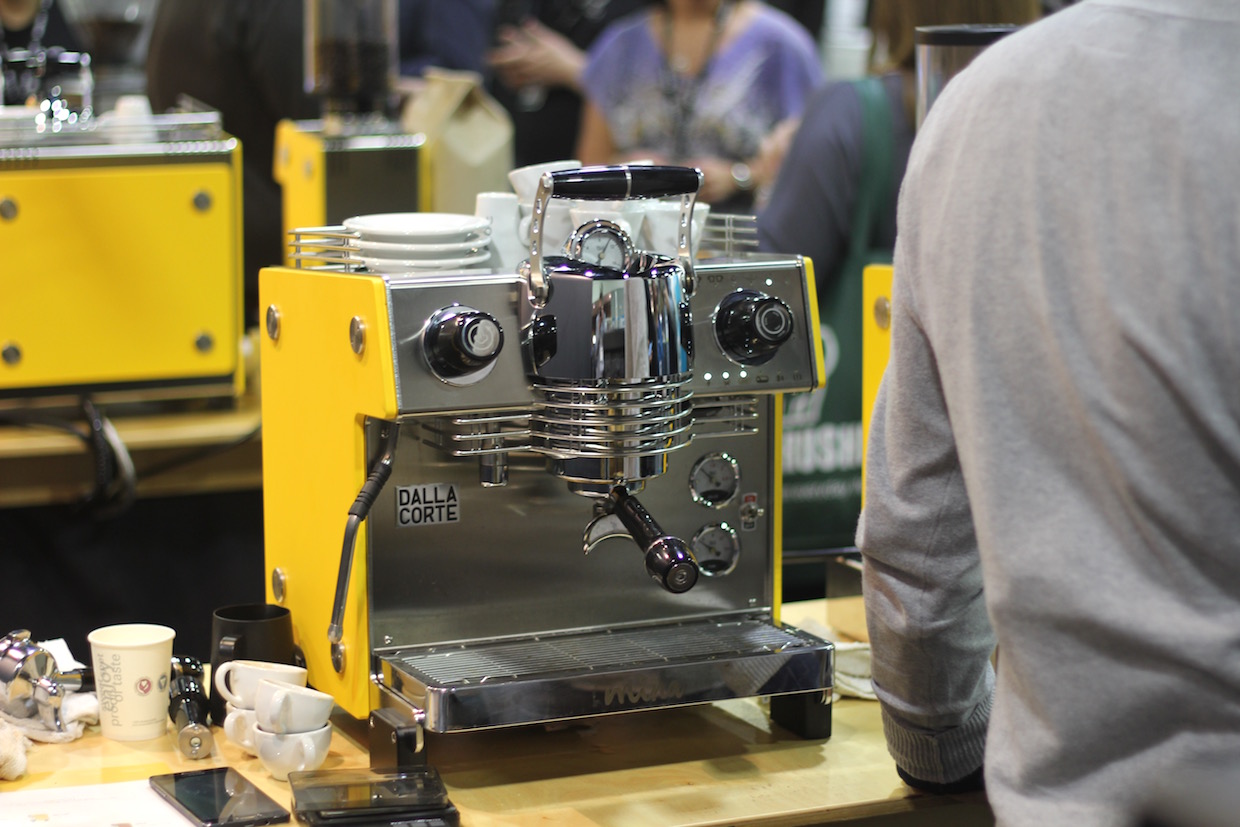 A Dalla Corte Mina on display at the 2016 SCAA Expo in Seattle. Daily Coffee News photo.

Founded by three family members in 2001, including father Bruno Dalla Corte and his son, Paulo, who remains CEO, Dalla Corte is widely credited with developing and bringing multi-boiler technology to market. With a sharp focus in recent years on a range of new prosumer products, the company currently has distribution partners throughout the world. In  North America, the brand currently has distribution in Canada and Mexico, although its previous U.S. distribution partner, Alpha Dominche, abruptly ceased business operations late last year.

“We are proud of the merger with Franke and convinced of the possibility of great growth potential to further strengthen our international business,” Paolo Dalla Corte said in an announcement from Franke today. “With Franke at our side, we can face future market challenges more effectively and expand our status as a technological leader in the semi-automatic coffee machine sector.”