The Extraction Gets Coffee-Shamed by Financial Finger-Waggers 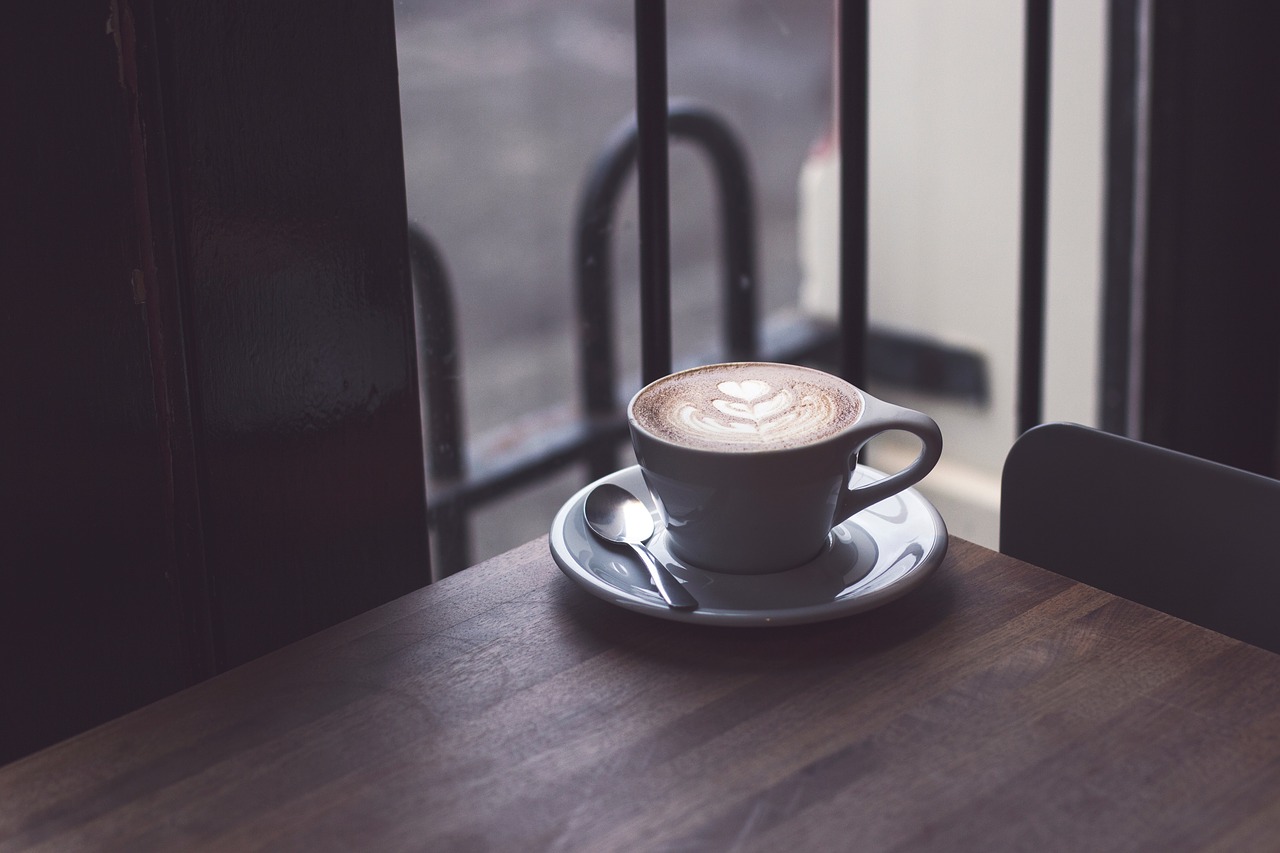 The cultural price paid for specialty coffee continues to rise with the ongoing “coffee shaming” of millennials by condescending financial advisers like Suze Orman. Yet the emotional insecurities beneath such specious accusations run deeper, according to an excellent piece this week in The Atlantic. The story examines how younger generations’ coffee consumption trends have triggered xenophobic thought, threatened traditional masculinity, inflamed inter-generational tensions and been a flashpoint in gentrification debates. For the most part, these financial finger-waggers have treated latte drinkers as the scapegoat for the detrimental economic effects created by their own generation:

“There’s a reason for this blame-the-victim talk” in personal-finance advice, the journalist Helaine Olen wrote recently. “It lets society off the hook. Instead of getting angry at the economics of our second gilded age, many end up furious with themselves.” That misdirection is useful for people in power, including self-help gurus who want to sell books. (Orman didn’t respond to a request for comment.)

Coffee shaming of an entirely different sort was delivered by progressive independent UK-based global media platform Open Democracy this week, which published a piece reminding readers of the imperialist nature of the capitalist forces driving many coffee producers ever deeper into poverty:

Remarkably, all but 2p of the £2.50 cup of coffee counts towards the UK’s GDP. This is a particularly glaring example of The GDP Illusion, the amazing conjuring trick whereby wealth generated by super-exploited farmers and workers in plantations, mines and sweatshops across Africa, Asia and Latin America magically reappears in the gross ‘domestic’ product of the countries where the products of their labour are consumed. And they are super-exploited because, no matter how hard they work, they cannot feed their families or pay for essential needs like healthcare and education that workers in rich countries rightly regard as their birthright. 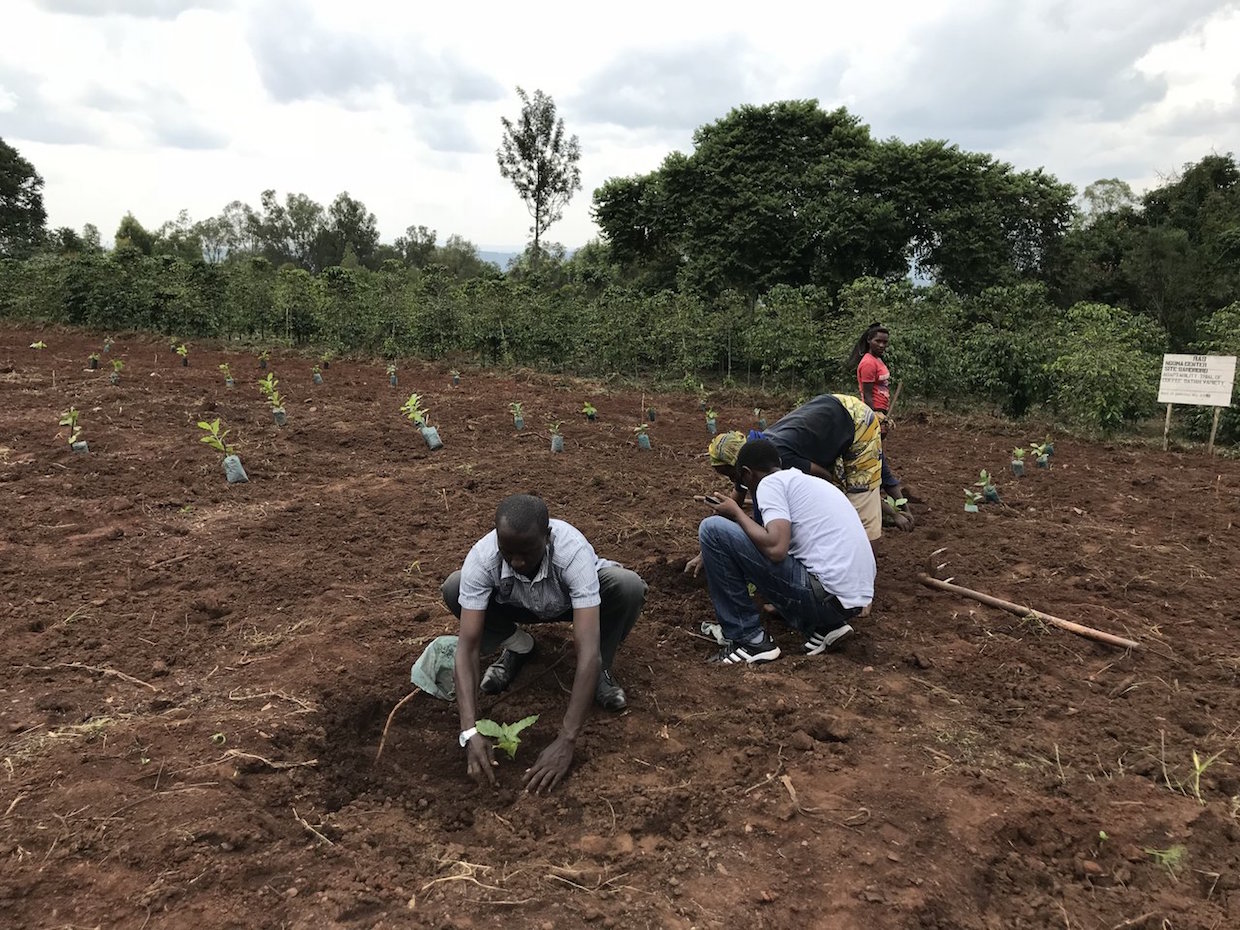 F1 hybrid crosses created in Central America are being sent to Rwanda to test their performance through local adaptation trials. File photo by World Coffee Research.

Gear Patrol introduced its readership of gadget hounds to the ups and downs of the F1 Hybrid designer coffee species, collecting perspectives and info from the likes of George Howell and World Coffee Research‘s Hannah Neuschwander, Lucile Toniutti and Tim Schilling:

For now, the only way to produce F1s is through cloning and in vitro fertilization. Both methods are expensive to perform, which means the plants demand a high price. According to George Howell, a longtime flag bearer for small coffee farmers, the math doesn’t add up.

“The cost is multiple times higher than just taking a usual seed to plant,” Howell says. “From a farmer’s perspective, that expense is too high to justify. The question becomes, can it be made affordable, and is it going to be one of those monopolistic things where we’re always paying a fortune for it?”

The Brisbane Times caught up with the scientists from Brisbane-based QIMR Berghofer medical research center, which made coffee-health headlines this week with a study that said, rather anti-climactically, that coffee neither causes nor prevents certain types of cancer. But with so many other conflicting stories in the media, findings like these are helpful in clearing the air:

Professor MacGregor said the results of the study might seem frustrating or irrelevant to the regular person who just wanted to know if they should put the kettle on, but it was important to get to the bottom of whether coffee was having an effect on people’s health.

Research conducted by the government of Nepal has lead to its claim this week that roughly 96 percent of coffee grown there is organic, according to a report by Nepali news outlet Online Khabar. The survey gather other stats as well:

The first ever Commercial Coffee Farming Survey conducted by the Central Bureau of Statistics has found that total 6,346 farms produce coffee in Nepal commercially. They are located in 32 districts of the country.

The coffee farms cover 973 hectares of the land and there are around 1.5 million plants. During the one-year research period, total 1.57 million kg fresh cherries of coffee were produced. It suggests the country produces almost the same amount of coffee in a year.

The Hawaii Coffee Association (HCA) announced the lineup of speakers and events for its 24th Annual Conference and 11th Annual Statewide Cupping Competition at the Ala Moana Hotel next week, July 25-27. In addition to various speakers, workshops and a keynote address by the Specialty Coffee Association’s Ric Rhinehart, this year’s trade show also includes preliminary rounds for the 2020 Brewers Cup and Barista Competitions:

“The HCA is especially excited to be hosting our 24th Annual Conference on O‘ahu,” notes HCA President Chris Manfredi. “We’re taking advantage of the urban setting to reach new businesses and consumers and help bridge the gap between these communities and our members who produce some of the finest coffees grown anywhere. What’s more, we’re witnessing the emergence of the next generation of coffee industry leaders.” 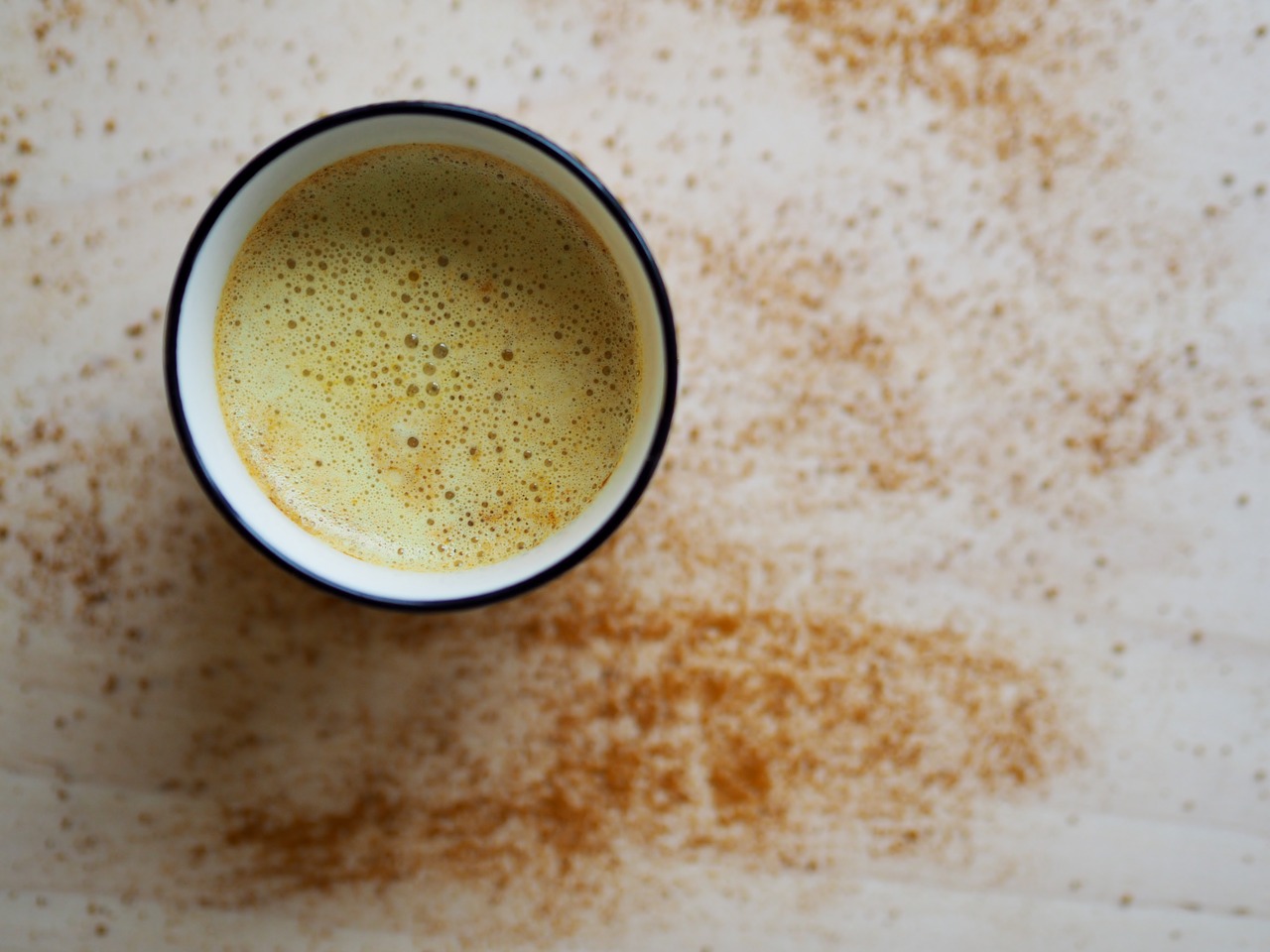 North Carolina’s S&D Coffee and Tea released a white paper that addresses new beverage trends and industry forecasts. A press release this week describes the contents of the paper as predicting another 80% growth in the cold brew category by 2021, as well as opportunities in the “functional” beverage segment, where consumers have proven willing to spend as much on non-alcoholic specialty drinks as they do on fancy cocktails:

Nutrition-packed superfoods like turmeric and charcoal and botanical agents like lemongrass, elderflower and hibiscus are now being infused in everything from cocktails to coffees and teas. Not only do these health-forward ingredients pack nutritional properties, unique flavors and brilliant colors, they also play well on social media, leading to a surge in trending Instagram posts featuring charcoal lattes turmeric teas and more.

“Operators can take advantage of these trends in the form of limited-time offers that can create buzz or are craveable,” said Helen Griffith, VP, Marketing at S&D Coffee & Tea. “An LTO creates a sense of urgency and highlights the special craft nature of these drinks.”