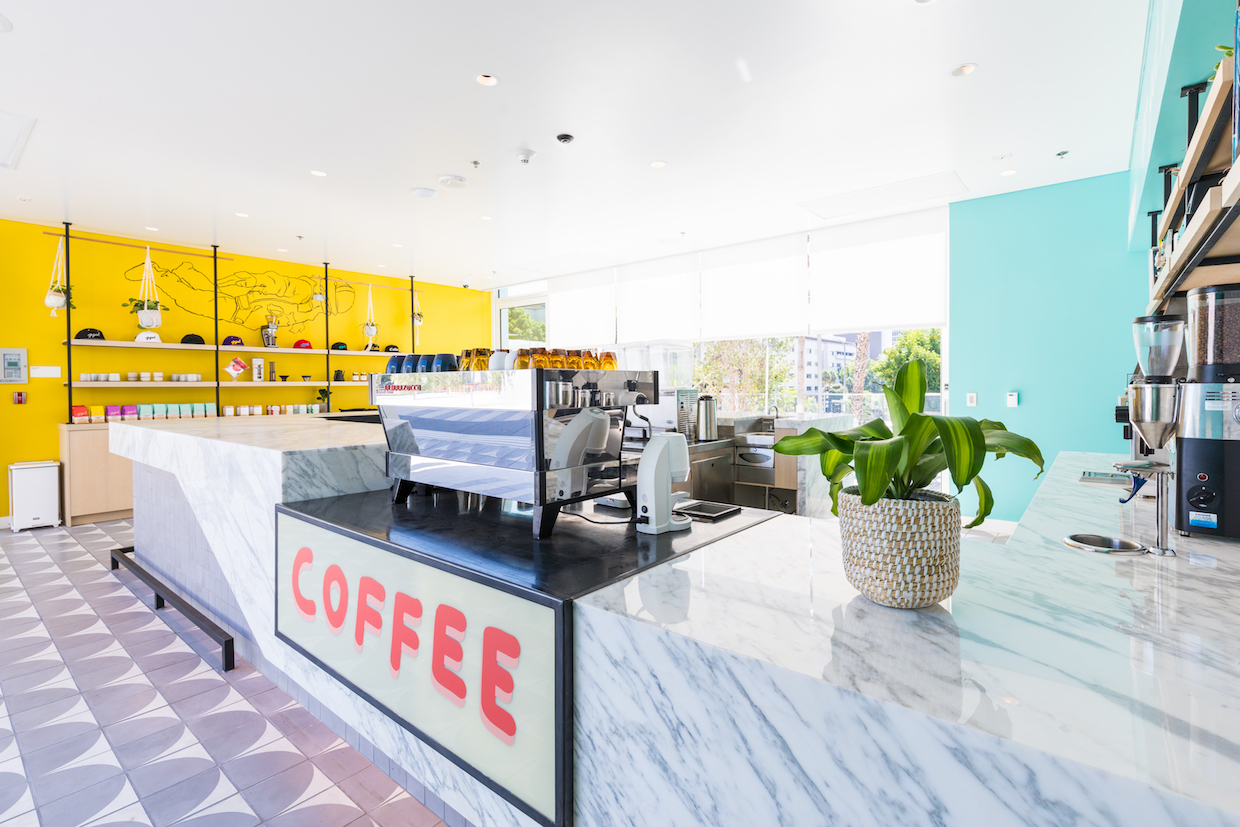 The new Go Get Em Tiger cafe at the Music Center plaza in downtown Los Angeles. All photos courtesy of GGET.

The proudly Los Angeles-born coffee roaster and retailer Go Get Em Tiger has continued its yearlong opening spree with the unveiling of a colorful, music-filled indoor/outdoor cafe in the newly renovated plaza of The Music Center in DTLA.

It was one year ago today that we reported on the new GGET coffee roasting operation, which followed two L.A.-area cafe openings under the GGET name in 2013 and 2016, plus the original cafe opened by Co-Founders Kyle Glanville and Charles Babinski under the name G&B Coffee in 2013. While all those brick-and-mortar locations remain standing, the company has within the past year added cafes in Highland Park, the Arts District, and at ROW DTLA. 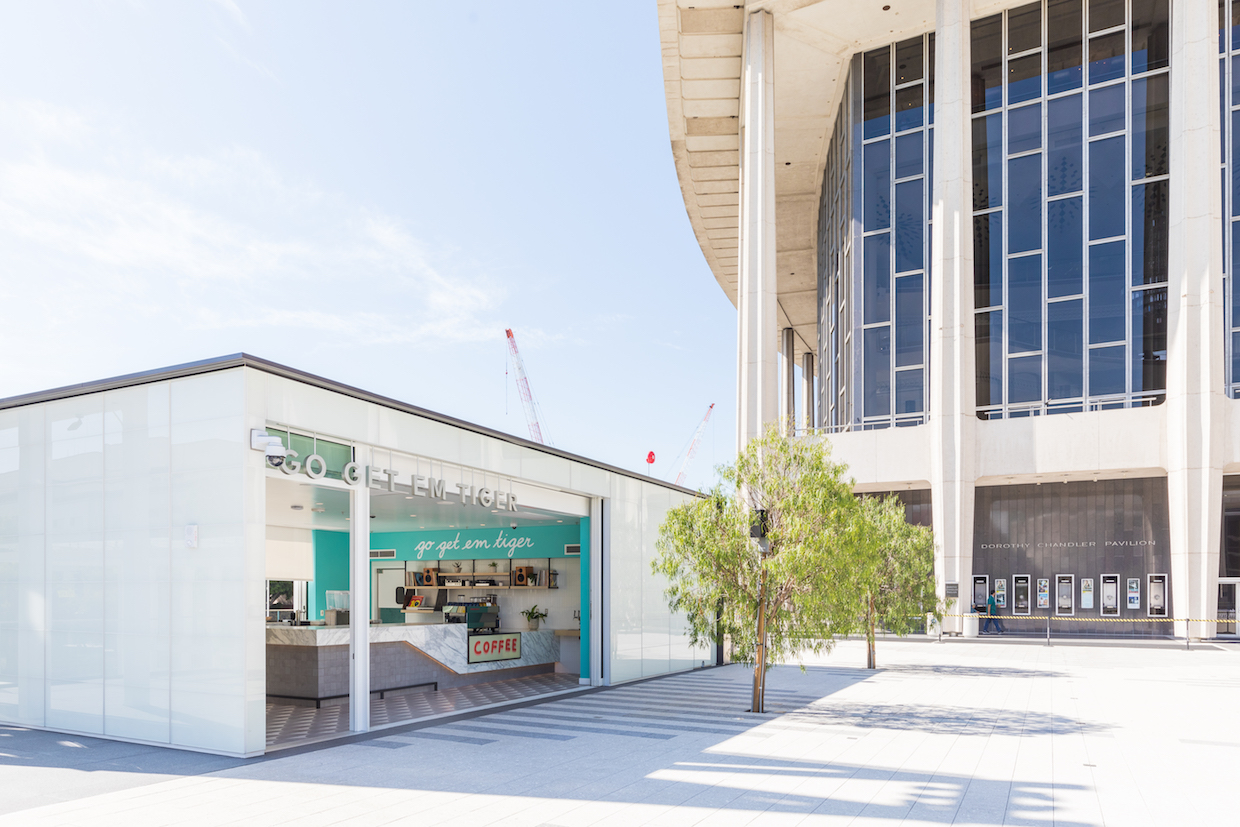 Designed by the L.A. firm Rios Clementi Hale Studios along with GGET Director of Store Design Joseph Wedding, the new Music Center cafe features an open layout that feeds directly into the new plaza at the expansive performing arts center, with floor-to-ceiling windows providing access to the bar.

Alongside the range of top-shelf coffee equipment is a collection of high-end music gear designed to give patrons an immersive sensory experience that recalls the vibe of the attached theater, the company suggested in an announcement in advance of last week’s formal opening. Suspended above a row of grinders along the back bar wall is a turntable outfitted with a Jelco tonearm with an Ortofon Bronze cartridge that’s wired to a wood-clad pair of Chartwell LS6 loudspeakers.

The music selection itself is being curated by the L.A.-based DJ cooperative and nonprofit radio station Dublab. 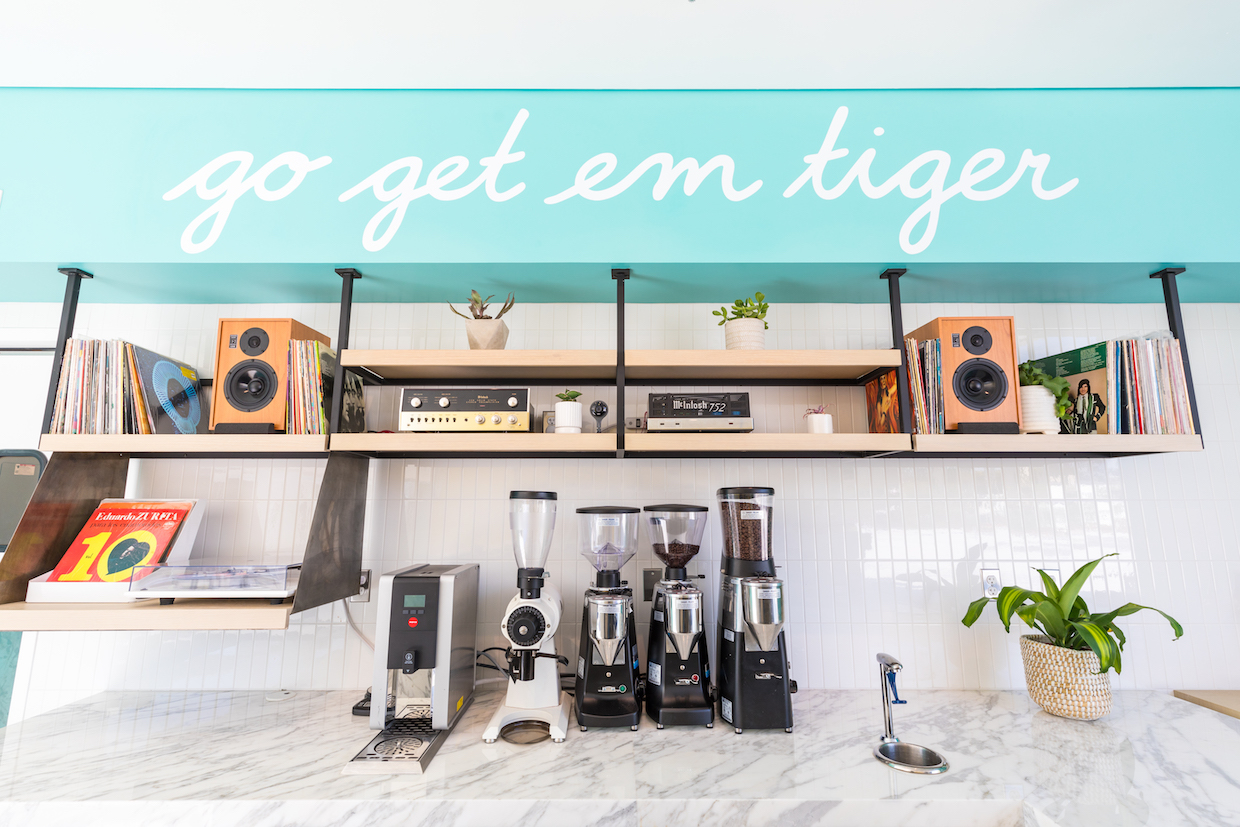 In addition to more traditional pastry fare and coffee drinks, GGET at The Music Center is offering house-made items such as galettes and tarts, sandwiches, house-made granola, and drinks such as a fizzy hoppy tea or espresso concoctions with GGET’s locally prized almond macadamia nut milk.

Go Get Em Tiger at The Music Center Plaze in Los Angeles is now open at 135 N Grand Ave.