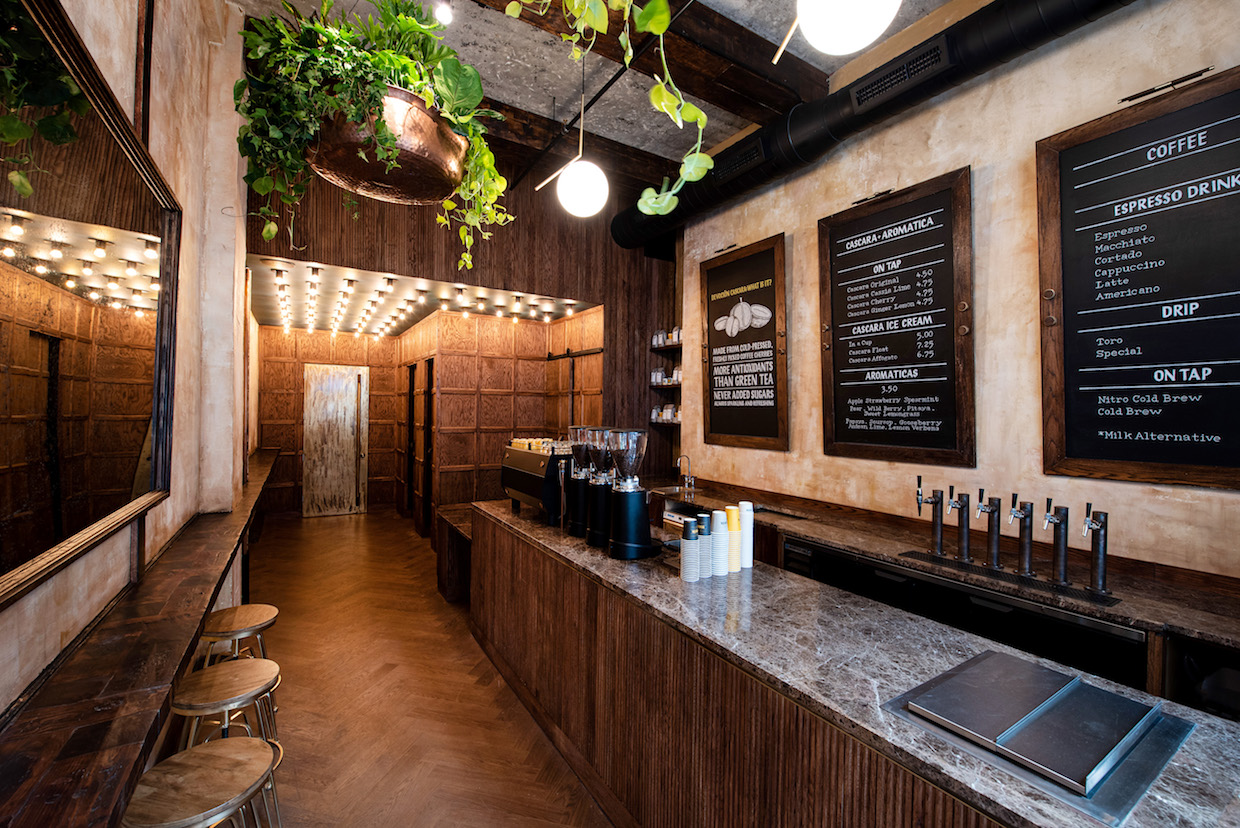 Bogotá-by-way-of-Brookyn-based Devoción Coffee has made a name for itself through its fixation on freshness, promising patrons a cup of joe brewed from beans that rest no more than a month between the dry mill and the roaster. Opened last week, the Devoci​ó​n Cascara + Coffee Bar in New York City expands that fixation to include the cherry fruit itself.

Often discarded or collected for compost after the seed is removed, cascara — the fruit around the coffee seed — has recently risen in popularity as a tasty foodstuff in its own right for its delicate fruity flavors, natural sweetness, natural antioxidants and a gentle caffeine kick. To preserve all these qualities, the company is employing a cold-press process that yields a concentrate for use in various recipes. 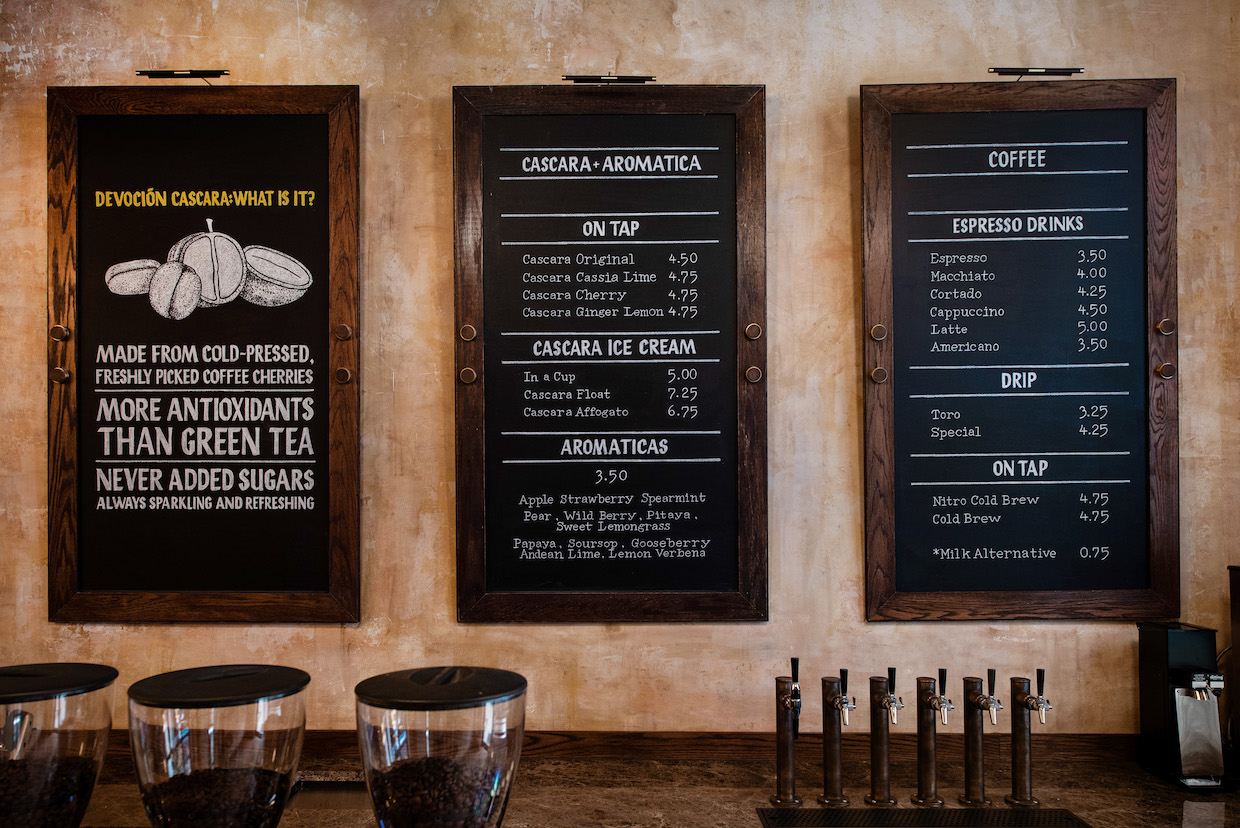 “For our cascara, the moment it’s harvested, it goes through the process immediately to convert into the concentrate,” Devoci​ó​n Founder Steven Sutton told Daily Coffee News. “The fresh cherry is cold pressed and then converted into a concentrate which is shipped to the U.S., where we add water back, [add] CO2 and serve over ice.”

The menu at Devoci​ó​n Cascara + Coffee Bar will offer patrons at least four different flavors of cold cascara tea on tap, a rotation of baked goods made with cascara as an ingredient and a cascara ice cream affogato, among other things. The compact space has only four seats within its roughly 500 square feet. 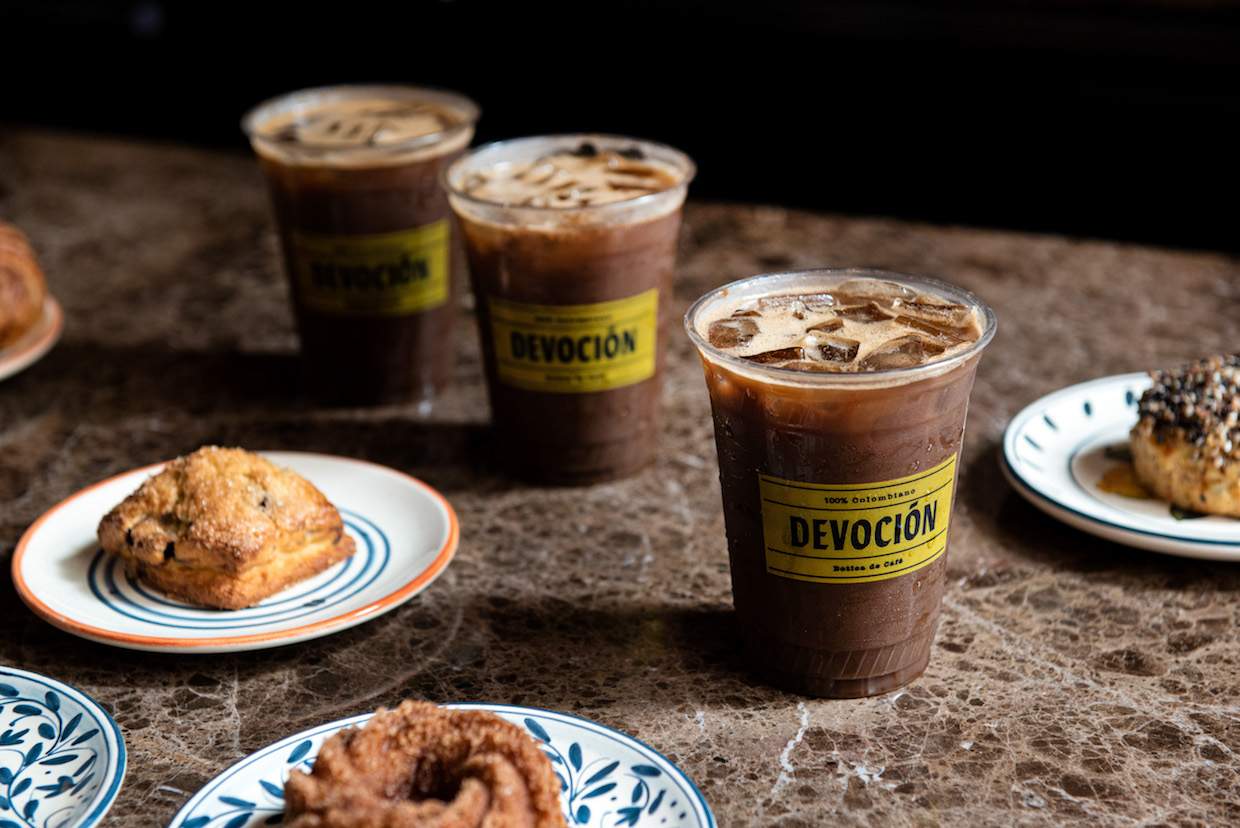 For its traditional seed-based hot coffee offerings, a Rancilio Specialty RS1 espresso machine is on the bar alongside three Ceado E37K grinders. Batch drip options are ground by a Ditting grinder for brewing in a Bunn ICB batch brewer.

Devoci​ó​n’s vertically integrated supply chain centers exclusively on coffees dry milled at its own Bogotá processing plant within days of being harvested. Once processed, beans are then overnighted to its U.S. roasteries in Brooklyn and Los Angeles. 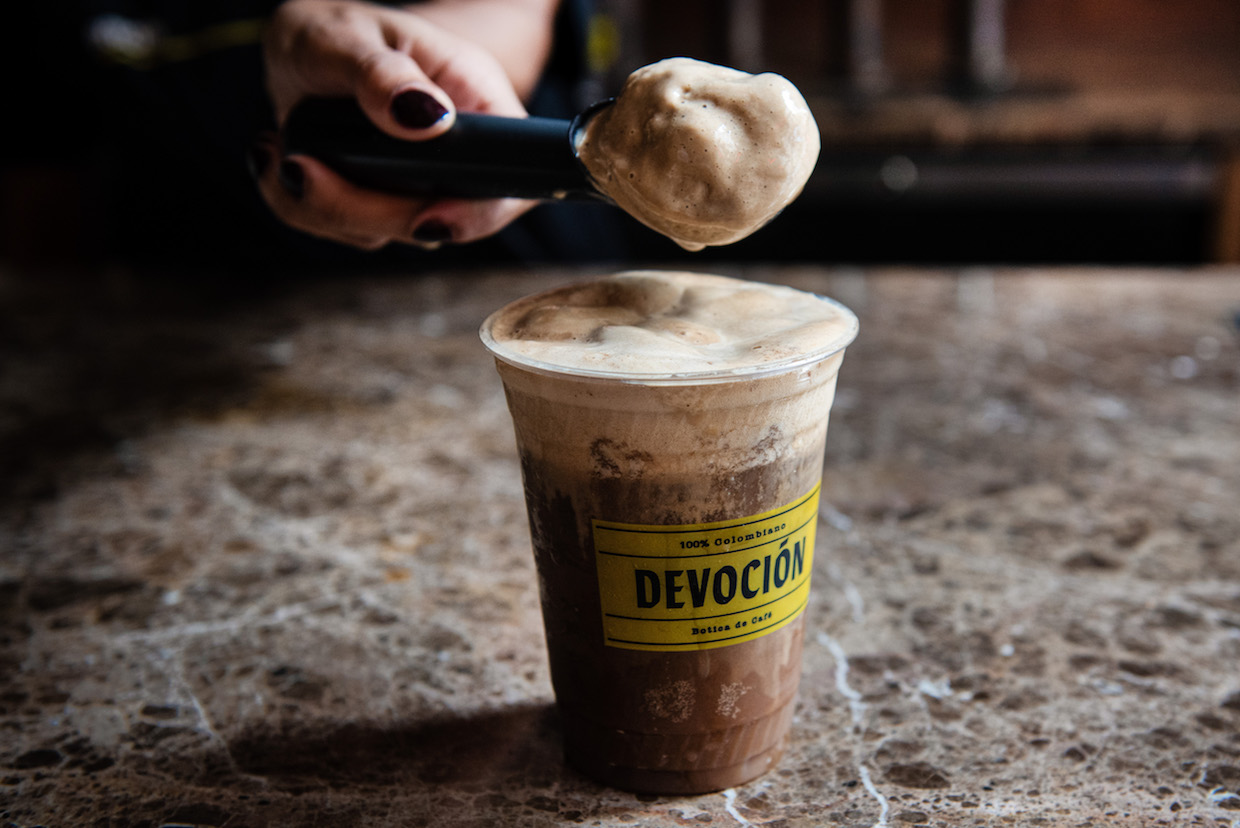 Proceeds from all beverages sold during the Cascara shop’s first week in business are going to the establishment of a post-harvest process lab inside a school in Colombia called Escuela Normal Superior de Gachetá in Cundinamarca, where students age 14-18 in grades 9-11, as well as their teachers, will learn what it takes to create specialty coffee.

“The specialty coffee education will be given by the experts from the Quality and Education departments at Devoción Colombia,” said Sutton. “The program will be open to teachers and the students, so they eventually are also able to teach other people from the community.” 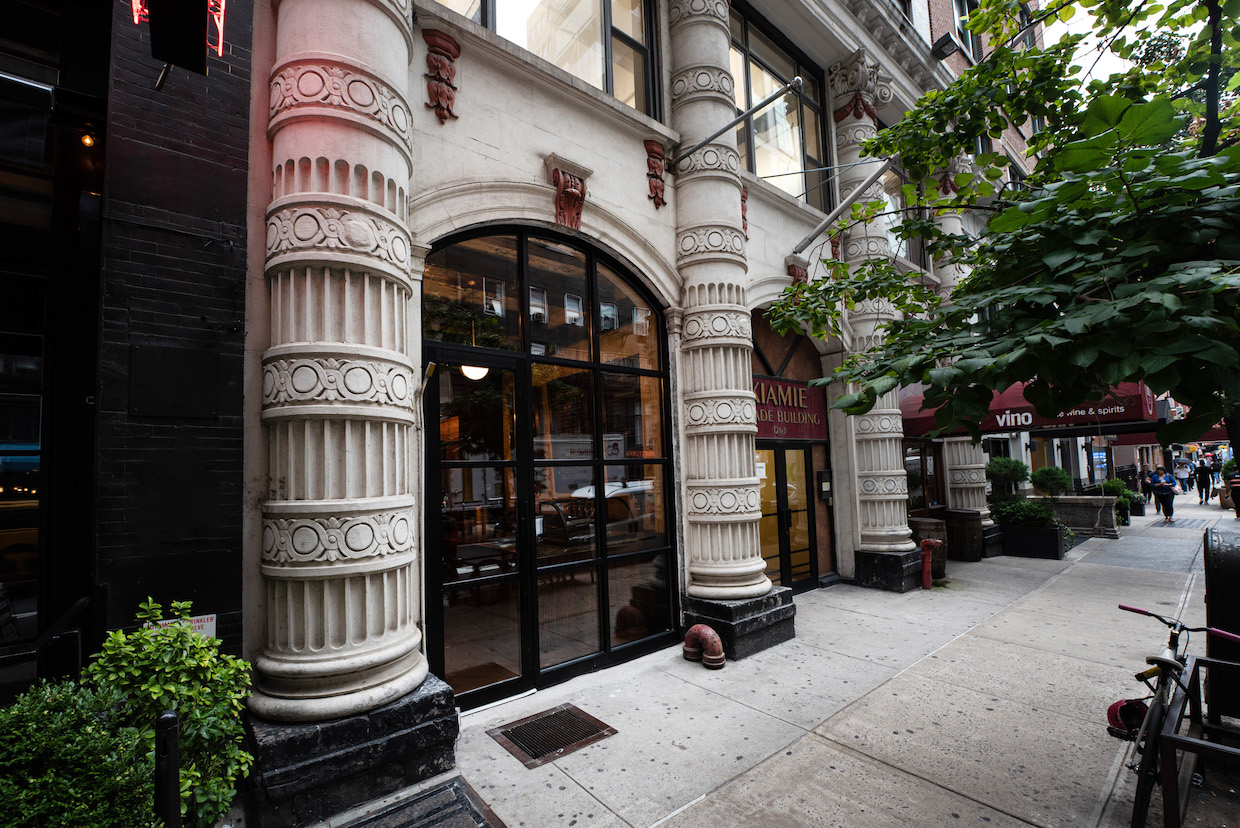