Are Low Prices Fueling Displacement? A Closer Look at Coffee and Emigration 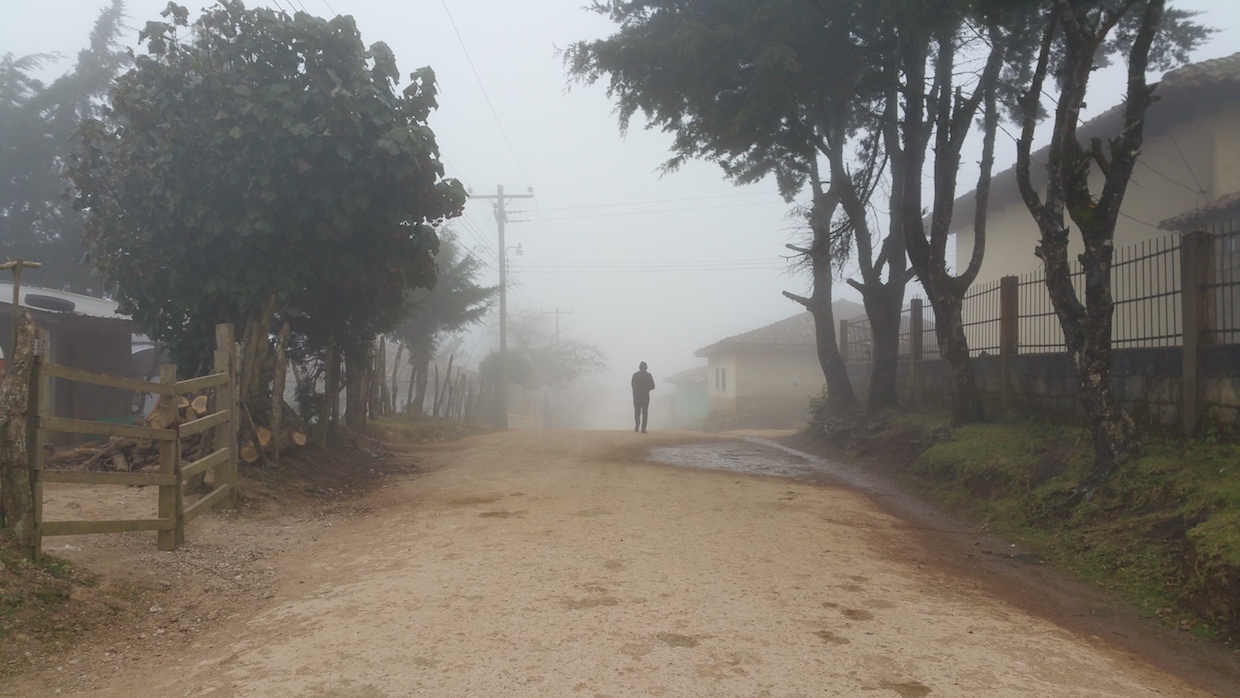 If farmers can’t — at minimum — break even with their costs of production, they will very likely abandon the crop. There’s plenty of anecdotal evidence these days to suggest that many are even choosing to completely abandon their farms.

Forget climate change, a new rust outbreak, or other relatively long term crises; with coffee prices on the C Market in a 3-year downward trend, having spent the entirety of 2019 under $1.20 per pound and the near-majority of it under a dollar, there is an ongoing concern for the viability of coffee in the near future.

Concurrently, stiffened border patrols, immigration crackdowns, and intolerable conditions for families in migrant detention centers in the United States have captured headlines. While hardline policies have actually reduced the numbers of new immigrants to the U.S. in recent years, the treatment of those immigrants, particularly those from Mesoamerica attempting to enter the U.S. through Mexico, has in some cases reached humanitarian crisis levels.

In our industry, it begs the question: Are Central American farmers fleeing to the U.S. as a direct result of historically low coffee prices? Recently published work in the The Washington Post, The Independent, Time Magazine, and Quartz have made that link. 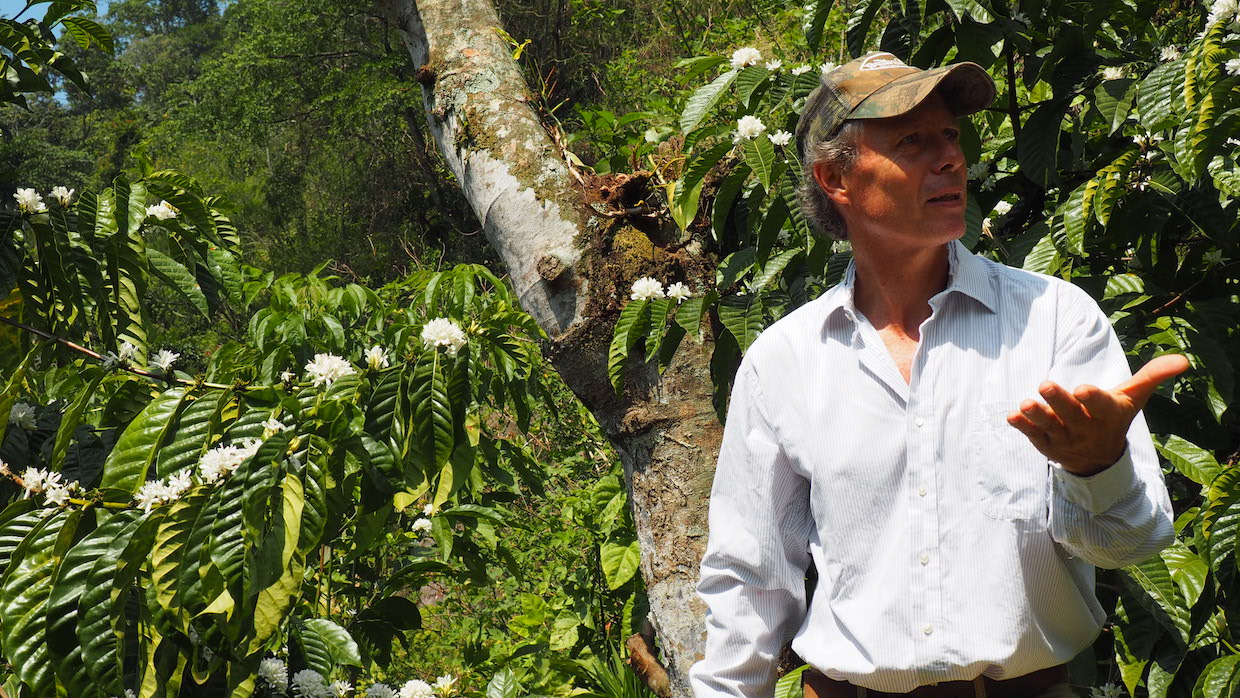 Alfred Klein, of Finca San Carlos near Mexico’s Southern border and just a short drive from Chiapas’ transit hub and port city of Tapachula, recently reached out to me to discuss this issue.

“When there is no more incentive to grow coffee as there is no more money to gain from the hard labour, people leave for the nearest town to get a job, jobs for rural people are usually not there so many leave to the next bigger city on an ongoing quest for a good job.”

Labor typically constitutes the majority of a farm’s expense. If farmers can’t afford to pay for labor, temporary labor will move elsewhere to find work. Without labor to work the farms, the harvest suffers, deepening a vicious cycle, until abandonment becomes the last viable option for survival.

Coffee producers were already at price risk before the market began to decline. Higher than average debt to income ratios were a burden before the Intercontinental Exchange price for futures contracts — or “C price” — dipped below the cost of production, according to a recent article by Dan McQuillan, a program manager for Catholic Relief Services in Guatemala and Mexico. 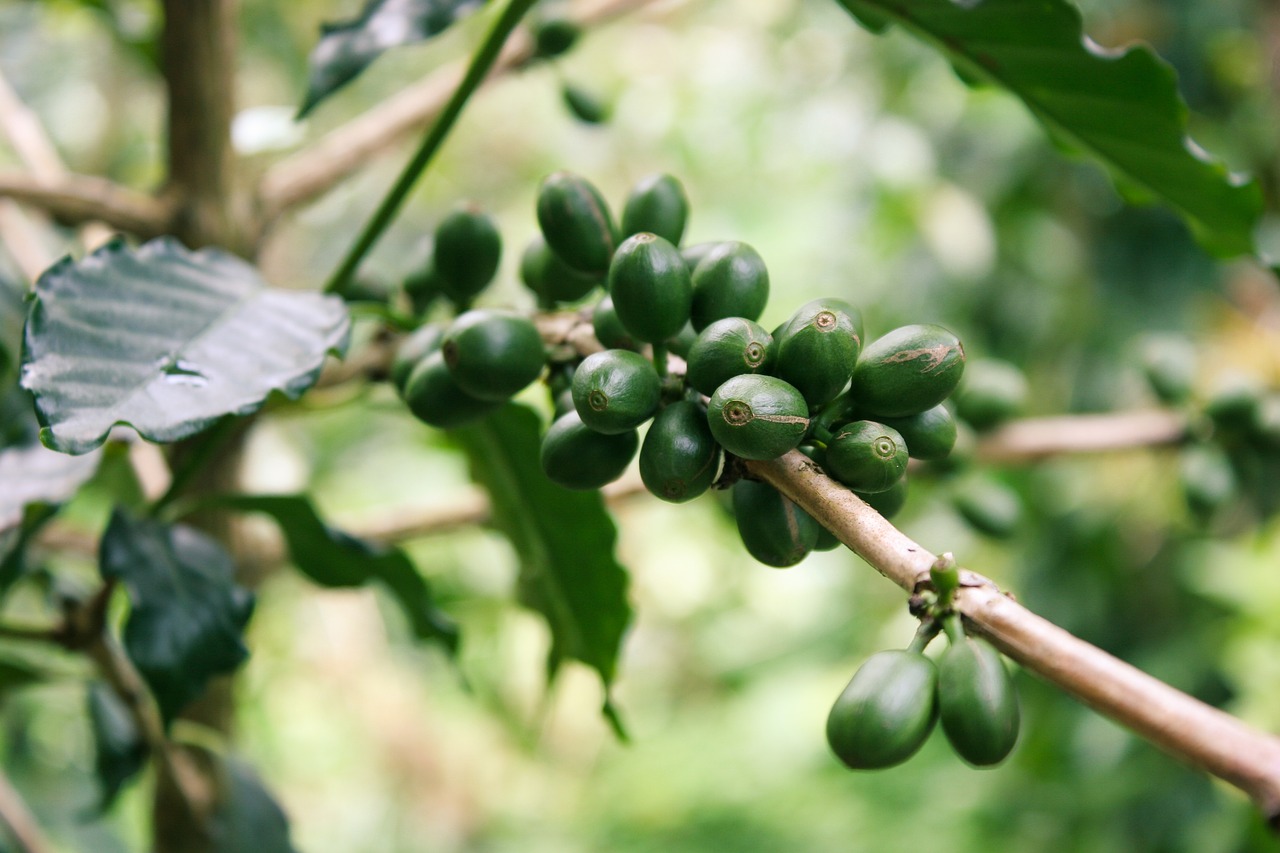 Wrote McQuillan, “The hard numbers as well as numerous qualitative features seem to bare out the hypothesis that the pressure on Central America’s coffee farmers is growing.”

The Independent quoted a familiar voice in the specialty coffee world, former Specialty Coffee Association Executive Director Ric Rhinehart, who is currently leading the SCA’s Coffee Price Crisis Response Initiative. He told the news source, “A huge part of the migration America is seeing at its Southern border is because of the falling price of coffee.”

One of the first people I thought to ask about the topic was my colleague Mayra Orellana-Powell, who returned to Santa Elena, Honduras a few years ago to spearhead the Catracha Project. For a number of farmers in her hometown, Mayra has thrown a lifeline that includes access to the international market, specialty premiums for exceptional quality, education opportunities, profit sharing, and improved quality of life through a variety of community events. 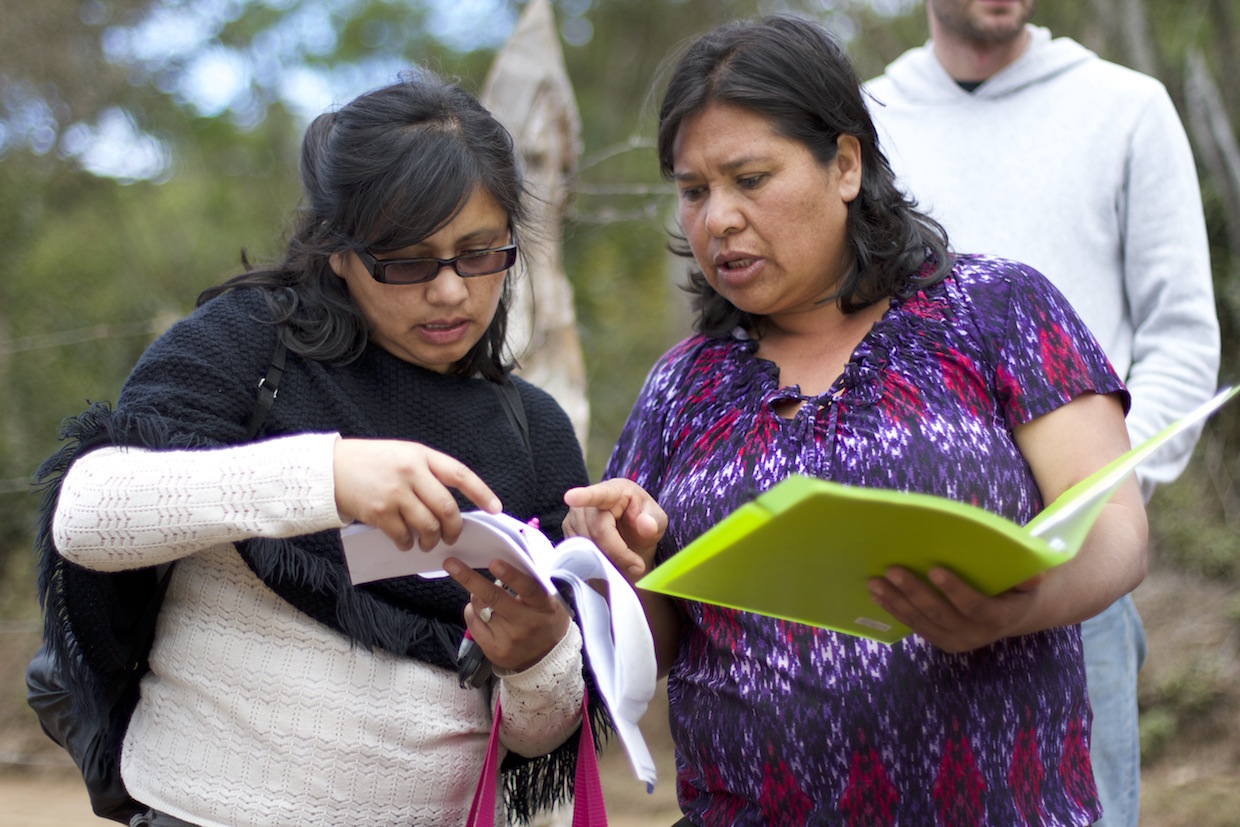 Orellana-Powell shared with me her frustrations over what she sees as a direct connection between low coffee prices and emigration, while also venting frustrations over perceived corruption in governments at home and abroad. Her opinions were not necessarily shared by her husband Lowell, who has the added perspective of being former attorney for the U.S. Immigration and Customs Enforcement agency, ICE.

“The economy in Santa Elena has always been terrible,” Lowell told me. “Unless you are a school teacher or working your own land, there is just about nothing else to do to make a living here. As a laborer, you can not make much more than USD $5 a day, which sucks, and the bigger problem is that there is not work every day. [It’s] kind of hard to be anything but poor when you are underpaid for part-time work.

“Young people have been leaving Santa Elena for decades — it’s not new.  A few have the economic ability to go to the urban areas to study, but very few. Most join the military or the police, and this includes women, too. During the coffee harvest, most people leave Santa Elena and go to the bigger coffee regions like Comayagua where they can make as much as $25 a day stripping coffee trees.”

So perhaps pressure from low coffee prices alone might not be sufficient to drive farmers from their land. The decision to leave is certainly more complex, and economics is merely one of the important factor. 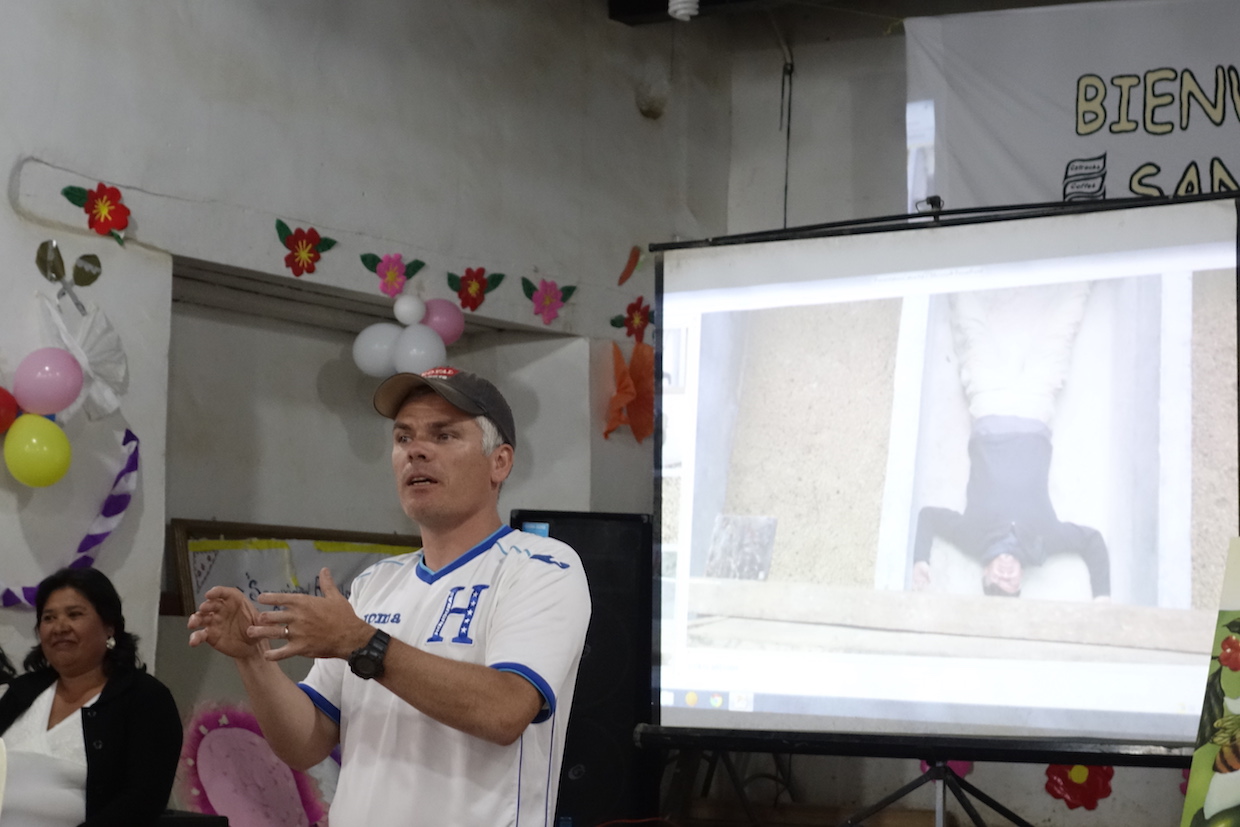 Another is violence. Take Guatemala, for example, whose complex history can serve as a cautionary tale. In 1954, the democratically elected president Jacobo Árbenz was ousted in a U.S.-orchestrated coup. Árbenz’s progressive policies included labor and land reforms that were unpopular with the established elite.

Shortly thereafter, the country descended into a civil war that lasted until 1996, costing more than 200,000 lives and creating the conditions for paramilitary groups and gang violence. Ongoing bloodshed and disillusionment with government corruption are stressors sufficient to drive emigration, regardless of the value of a pound of coffee. Add punitive socio-economic policies like sanctions and extortionary loan repayment policies from global superpowers like the U.S., and farmers are faced with a thoroughly unsustainable climate for survival. So they leave.

Seeking to better understand these strains on local coffee farmers in certain parts of the world, I reached out to my colleague Haileyesus Andualem, based in Addis Ababa, Ethiopia. Much of the Western press coverage of recent political events in Ethiopia has outlined positive, progressive change. Prime Minister Abiy Ahmed is generally seen as a youthful reformist with a progressive and inclusive agenda, but the country’s inability to curb ethnic violence belies problems that run much deeper. A Slate article recently noted how the situation “brings to mind Alexis de Tocqueville’s famous warning that the most dangerous moment for a bad government is when it starts to reform.”

In rural Southern coffeelands — including Sidama, Gedeb, and Guji — violence has precipitated one of the largest, and widely under-reported, displacements in recent history. Ethiopia is in turmoil. In July of this year, violence in Sidama cost dozens of lives as security forces sought to suppress protests as the regional ethnic group sought official recognition by the government. This followed on the heels of more bad news from Guji and Gedeb, where ethnic violence displaced millions of people, although recent reports suggest tensions are easing there.

Especially disconcerting for coffee buyers is that this violence and mass displacement is taking place right in the heart of Ethiopia’s Southern coffeelands. As if coffee growing weren’t difficult enough — there’s climate change, diseases like roya or CBD, and low C-Market prices — many farmers in Gedeb and Guji must attempt to struggle through a humanitarian crisis. 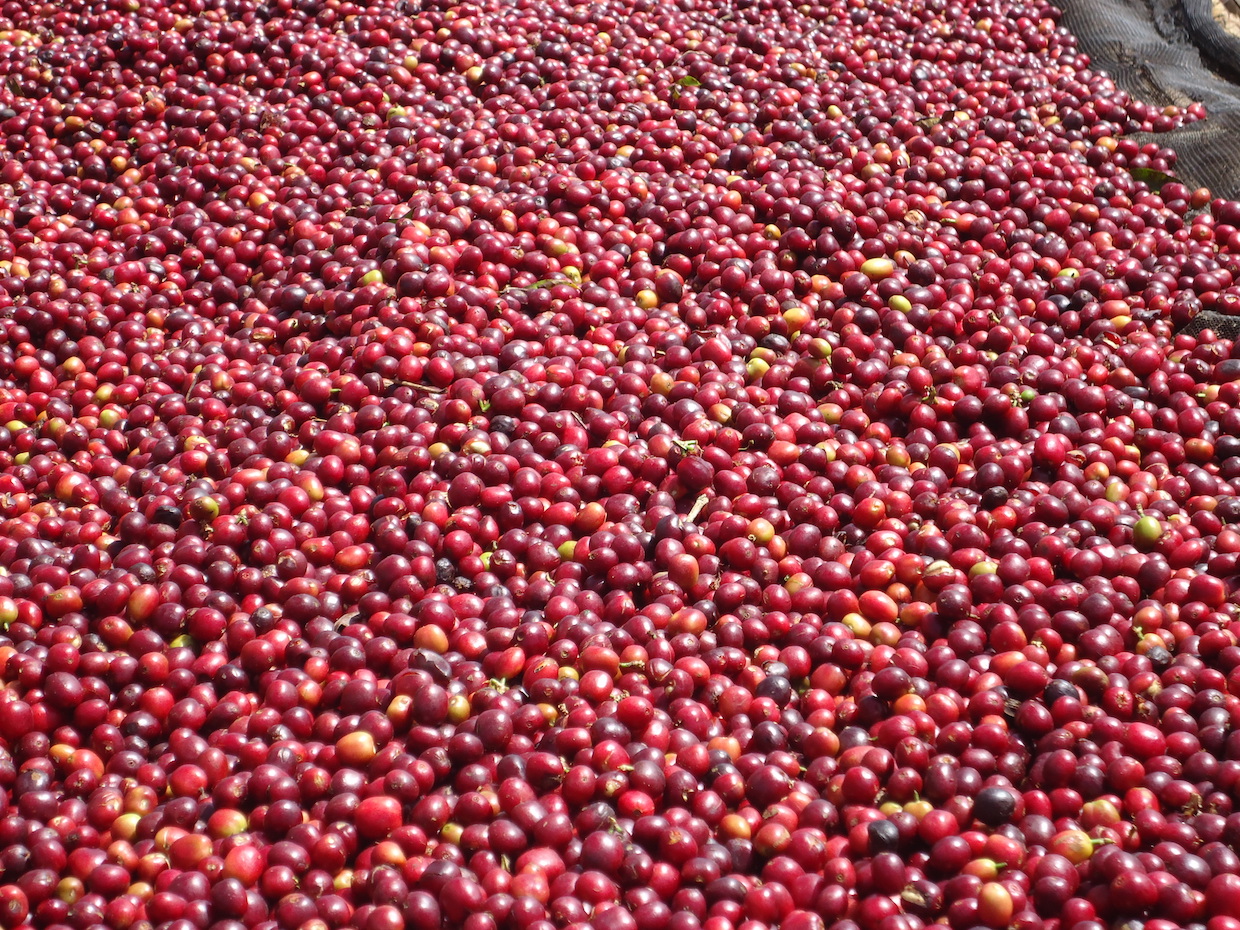 Haile directly challenged my long-held belief that supporting farmers through times of crises necessarily provides a measure of stability.

“Coffee growing can’t give any stability or security to the people,” he said, before sharing an anecdote from one of Royal’s producer partners, Bedhatu Jibicho, who at one point was trying to move his family due to civil instability. “Because of the security and the instability in the area, [they] were in a hurry to move their coffee from the station to Gedeb town, which was relatively peaceful at that time. A couple of days before my visit to their farm, the OLF guerrilla fighters killed three military soldiers around the Gotiti Kebele, and people were so frightened. This all sums up that, had that situation continued a little longer, no one would care about coffee.”

It makes sense. The stories we tell about the social benefit we provide by simply engaging in commercial activity have always rung hollow. Whether marketing or self-reassuring, the truth is that growing coffee has little meaningful correlation to the larger human struggle of survival, particularly when extreme poverty or violence are involved.

Furthermore, the fair payment for specialty coffee — or any crop, for that matter — shouldn’t be dependent upon a contrived narrative.

“We have to get away from the ‘noble land worker/farmer/producer’ model,” my colleague Candice Madison recently told me. “It’s just a step up from the ‘noble savage’ character. Both are extremely racist. People shouldn’t have to be paraded with their families, telling a ‘story’ in order to be paid a fair price for their crops. It’s obnoxious and the specialty coffee market has truly embraced this, run with it, and hasn’t yet been significantly challenged on this incredibly offensive marketing tactic.”

Can paying farmers more for coffee help people survive? Sure, but ultimately growing coffee has little to do with the root causes and effects of displacement. In this sense, the coffee industry isn’t truly in a position to alter the perceived negative effects of emigration from the coffeelands. 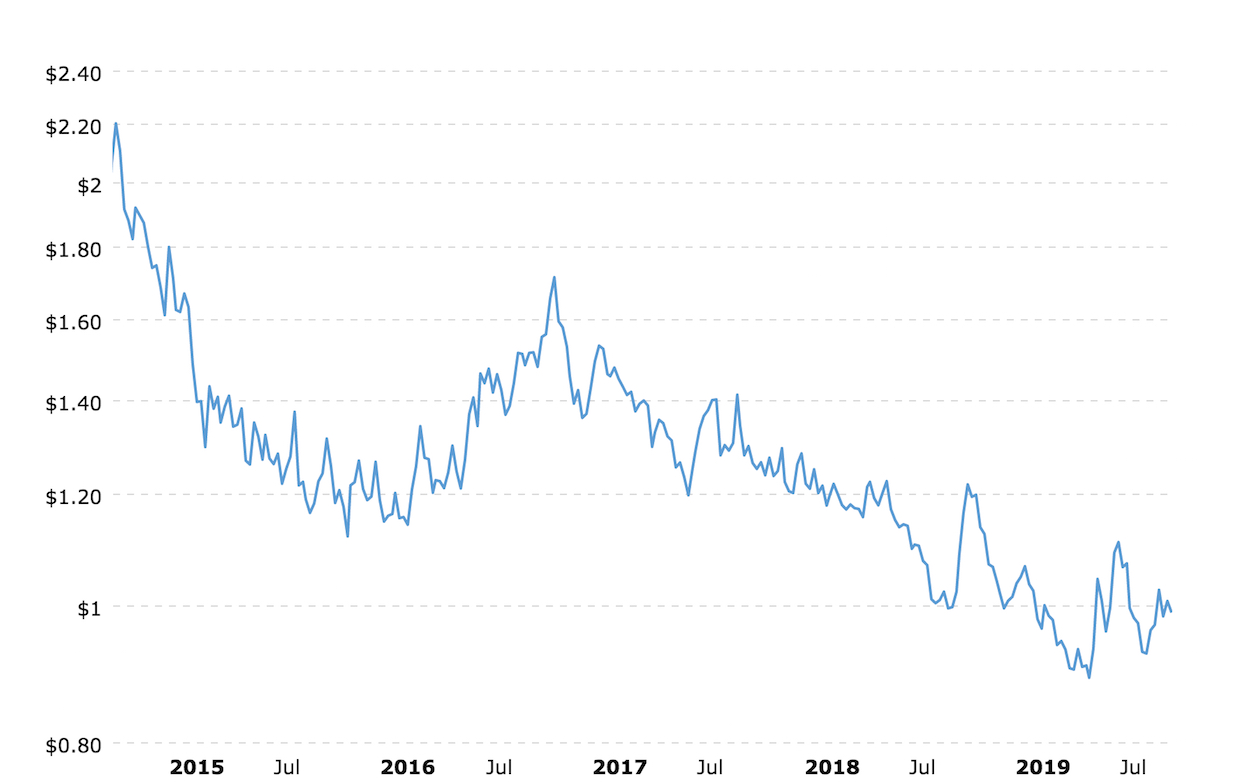 The ICE futures price for arabica coffee — or C price — over the past five years. As of this writing, the C price for December contracts futures was USD $0.9670 per pound.

But if immigration and refugee crises tug at your heartstrings, one place to start would be to donate money or time — either through your business or personally — to NGO humanitarian relief efforts. I’ve long supported the work of MSF (Doctors Without Borders). The Pan American Development Foundation works in the Western Hemisphere with vulnerable and excluded peoples.

Ultimately, I’d encourage you to do your own research, to find what might be the best fit for your time and energy. A starting point might be the Charity Navigator, which can help you choose your cause and organization. It’s a better place to start than nowhere.

Any opinions expressed in this piece are solely those of the author/s and do not necessarily represent the views of the Daily Coffee News or its management.

Thank you CHris, for an excellent, well researched, balanced piece on the subject. Yu bring in to the “big picture” some elements I’ve rarely seem included in the recent plea for “doing something”. As is typical, the situation is far more complex than most realise.

As to your endorsement of Medecins Sans Frontieres, I’ll add a hearty AMEN.

I spent some time in Nicaragua shortly after Hurricane Mitch wrought unbelieveable damage to that country back in the fall of 1998. MSF were there, everywhere, working tirelessly to not only do their own work, but coordinating vast amounts of resources, needs, hands to do, materials, funds…. I was pretty much all over the western part of the country from San Juan del Sur up to the Rio Coco. I knew some excellent people who live there, and were working tirelessly to help wherever they could, and MSF were beyond wonderful.

A good personal friend of mine is am MD, and he also holds that organisationi in high esteem, having worked with them on multiple occasions in different parts of the world.

Yes indeed, this is a very good piece.

Congrats. Chris, this should be in the NYT & The Guardian….

And yes we should be charitable, but it’s the system which is the problem. Ask Slavoj, he’s the one who should have written the Sachs report:

Another fantastic article by Chris! Thanks bro for your great writing!

Also, fantastic quote by Candice. Truly could not have said it better. Thanks guys for continuing to push things forward and challenge the idustry!