The Largest Starbucks in the World Opens in Chicago 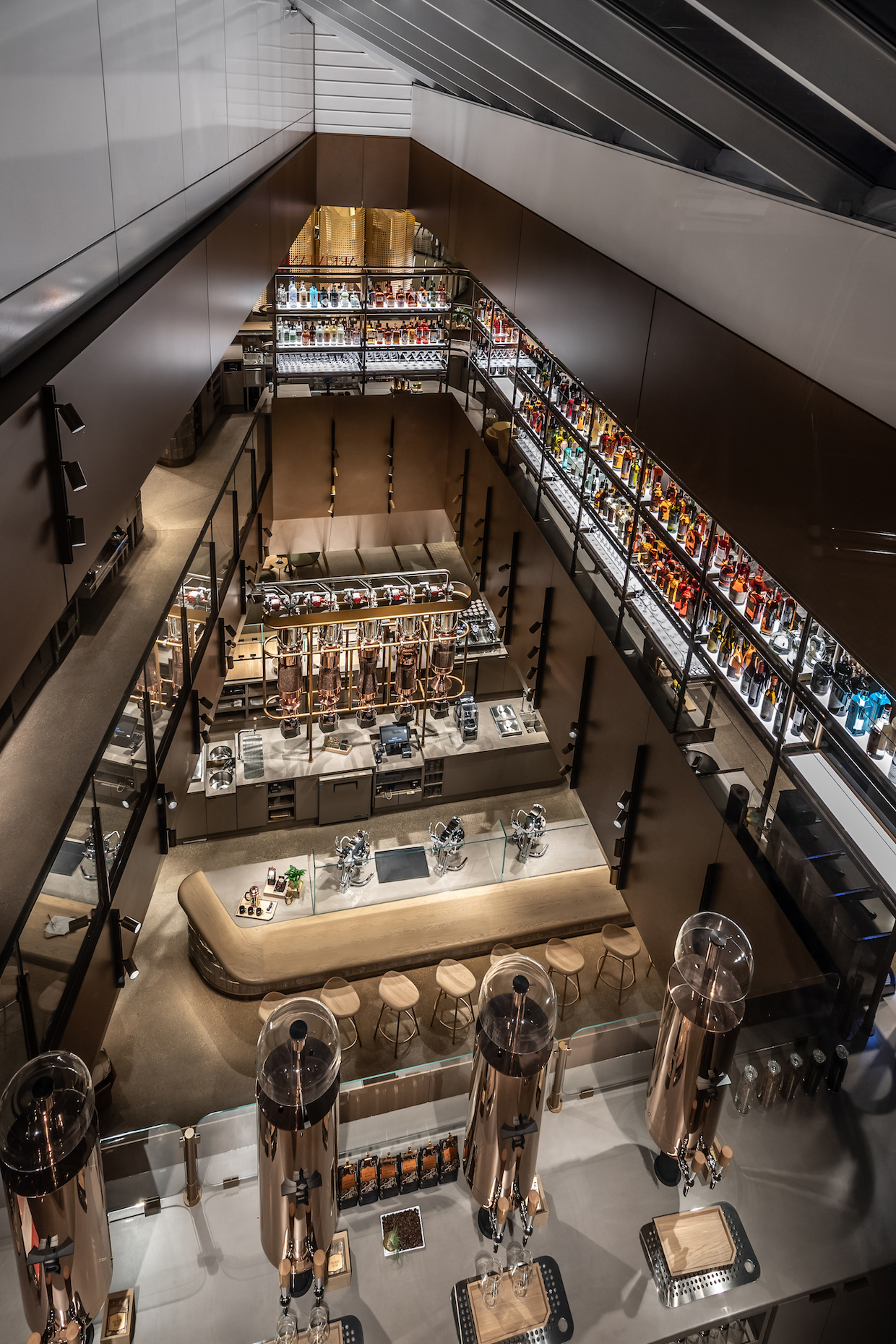 Building on the concepts of extravagance and largeness already established in five other international cities, the new Starbucks Reserve Roastery in Chicago is the largest of them all. 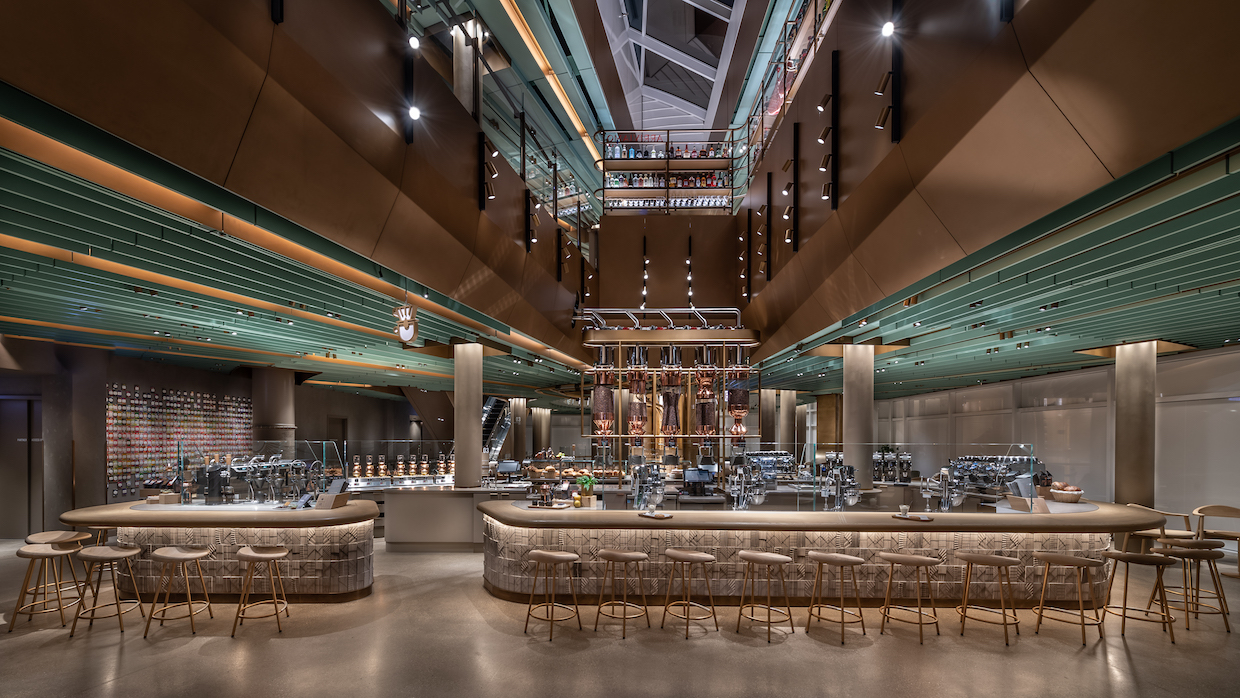 Upon its official public opening this Friday, the roastery will feature three separate coffee bars: a Reserve bar with more traditional espresso-based and filter coffee drinks; an “experiential coffee bar” with more options; and a barrel-aged coffee bar, featuring coffee beans that are roasted after being aged in spirits for “cocktail-inspired coffee creations” such as a Smoked Cold Fashioned (lightly sweetened whiskey barrel-aged cold brew with aromatic bitters, smoked table-side).

The sprawling retail concept will also feature a nitrogen gelato bar featuring Starbucks’ nitro cold brew; an Italian-inspired cocktail bar under the name Arriviamo; and a Princi bakery. All these brand concepts are being replicated from one or more existing Starbucks Reserve roastery locations, though each Reserve Roastery has its own unique interior design and architectural elements that reflect the surrounding city. 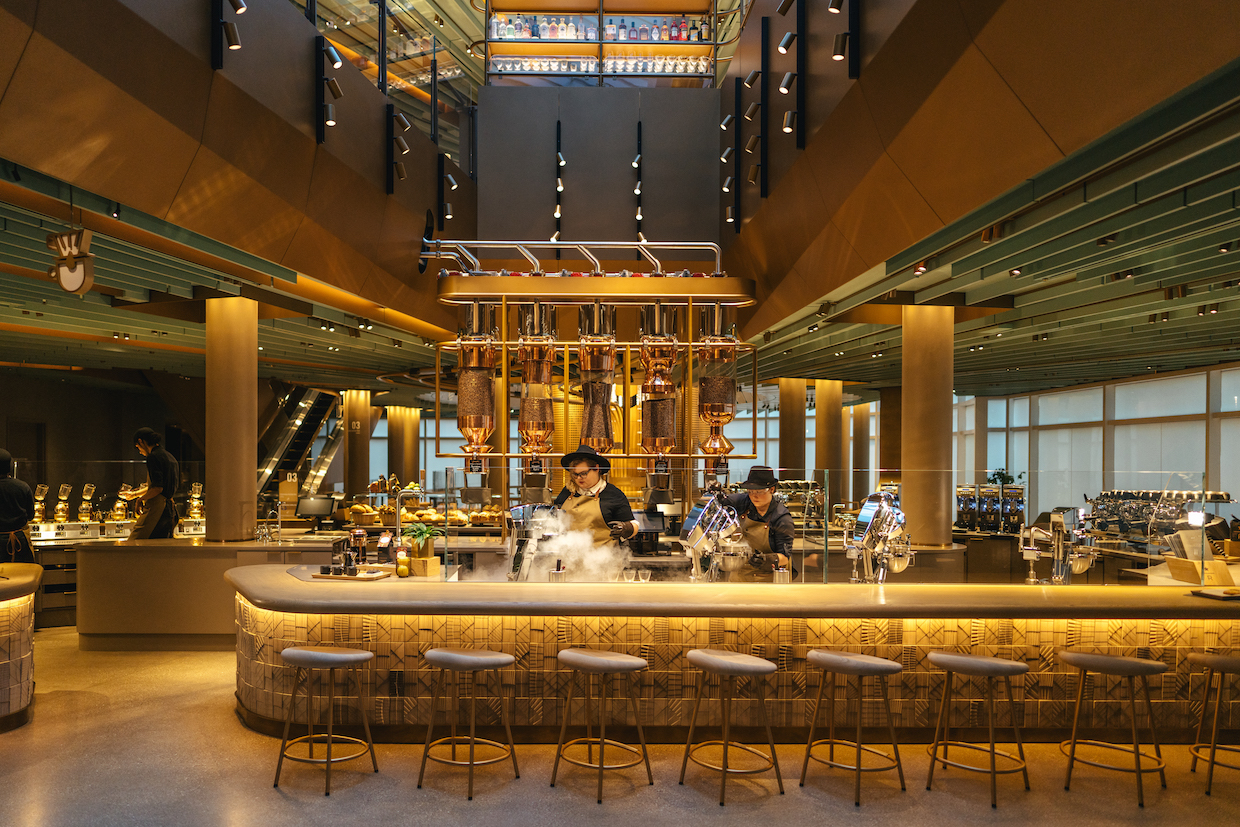 The Starbucks Reserve Roastery in Chicago opens this Friday at 9 a.m. at 646 N. Michigan Avenue at the intersection of Erie.

Wow! Exquisite! It is simply amazing what a company can do with all the excess profit that piles in annually when that companies sees its basic Cost of Goods (green coffee) plummet since 2014. Each of those stained glass windows is worth more that a farmer’s annual income. As I have said repeatedly since 1999 (the last major coffee pricing crisis), Starbux could be the greatest corporation in history if it only paid more to the farmers. But I guess it is hard to have clear vision when you are looking through that blindingly beautiful glass…