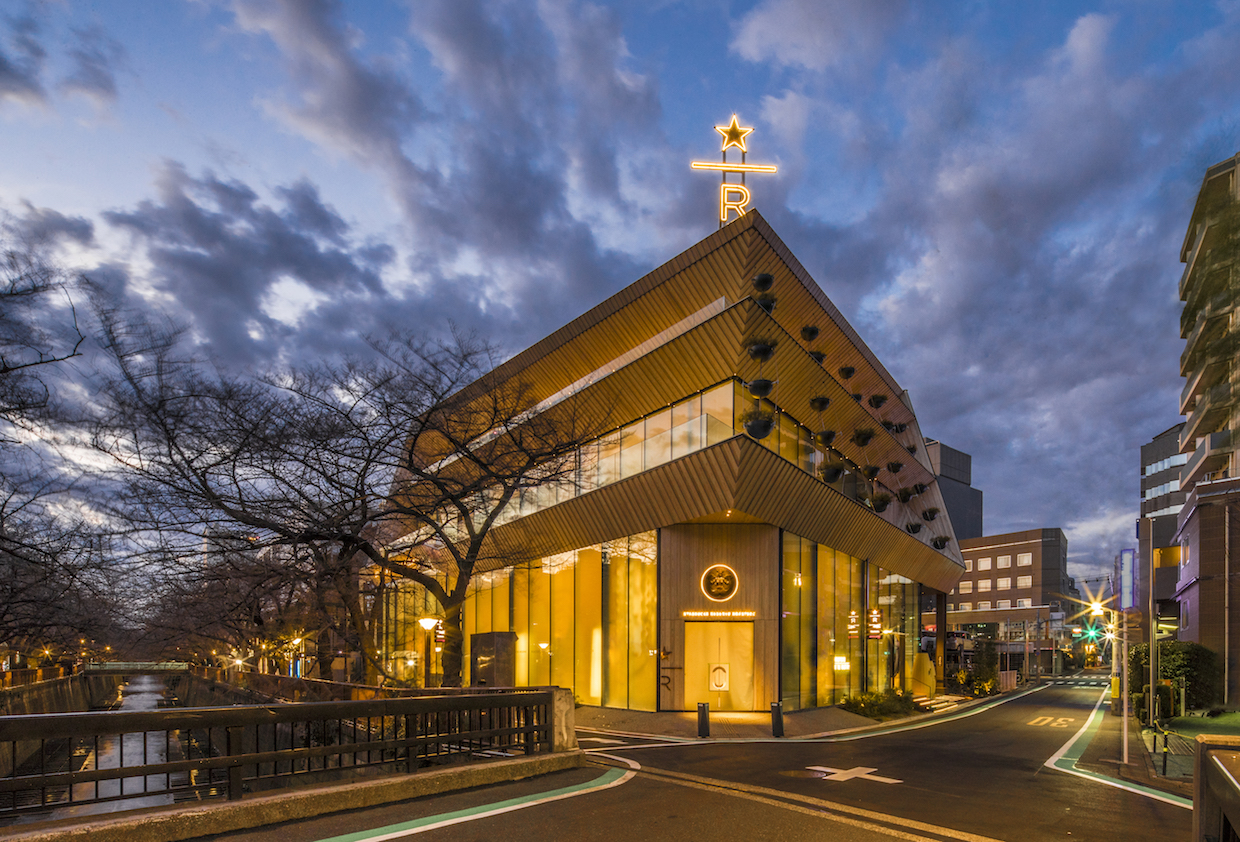 It was 23 years ago when Starbucks opened its first store in Japan — the company’s first opening outside of North America. Who could have known then how big the beast would grow?

Starbucks today unveiled its Tokyo Reserve Roastery, the company’s fifth Reserve Roastery internationally and its largest to date. Spanning 32,000 square feet across four floors in the heart of the Nakameguro neighborhood, the Tokyo location offers a broad range of coffee, tea and cocktails at numerous bars, including the world’s largest Teavana-brand bar and Arriviamo cocktail bar. 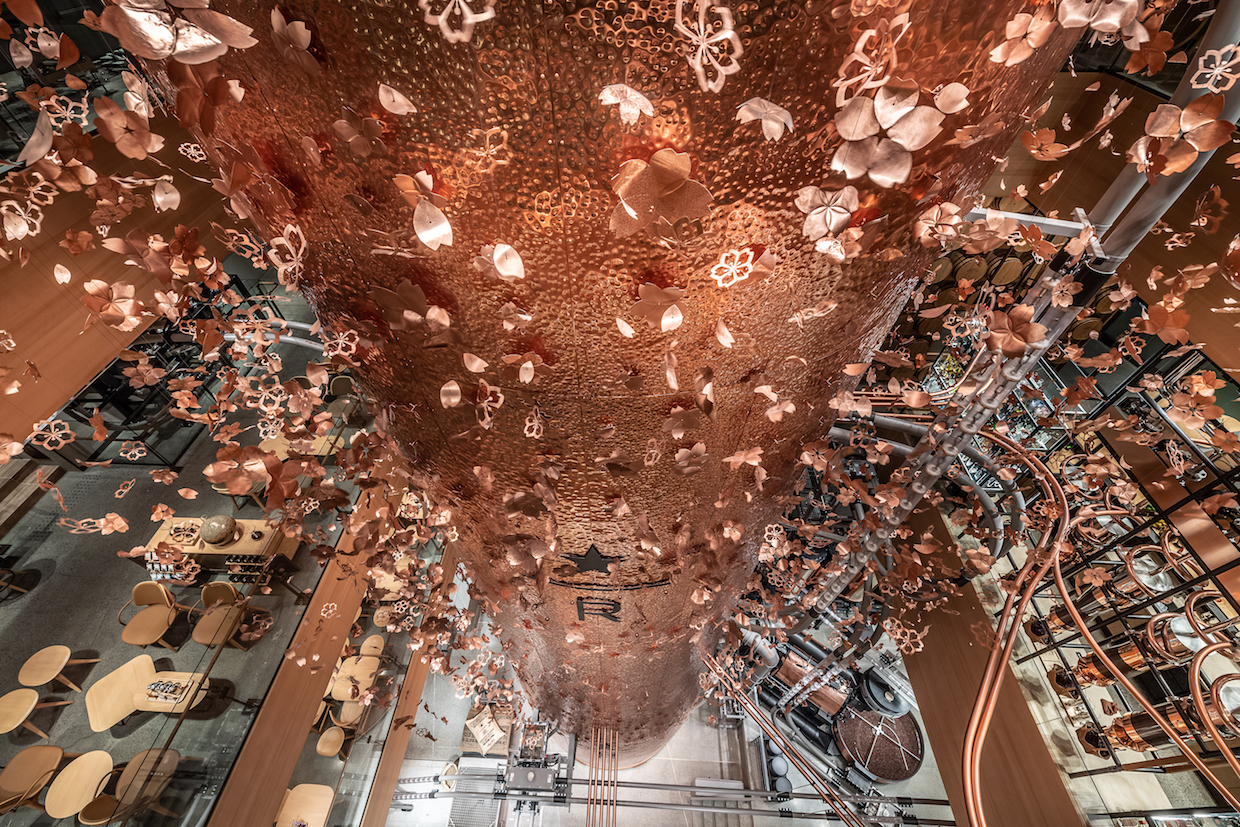 A giant copper coffee cask greets guests as they enter the roastery. 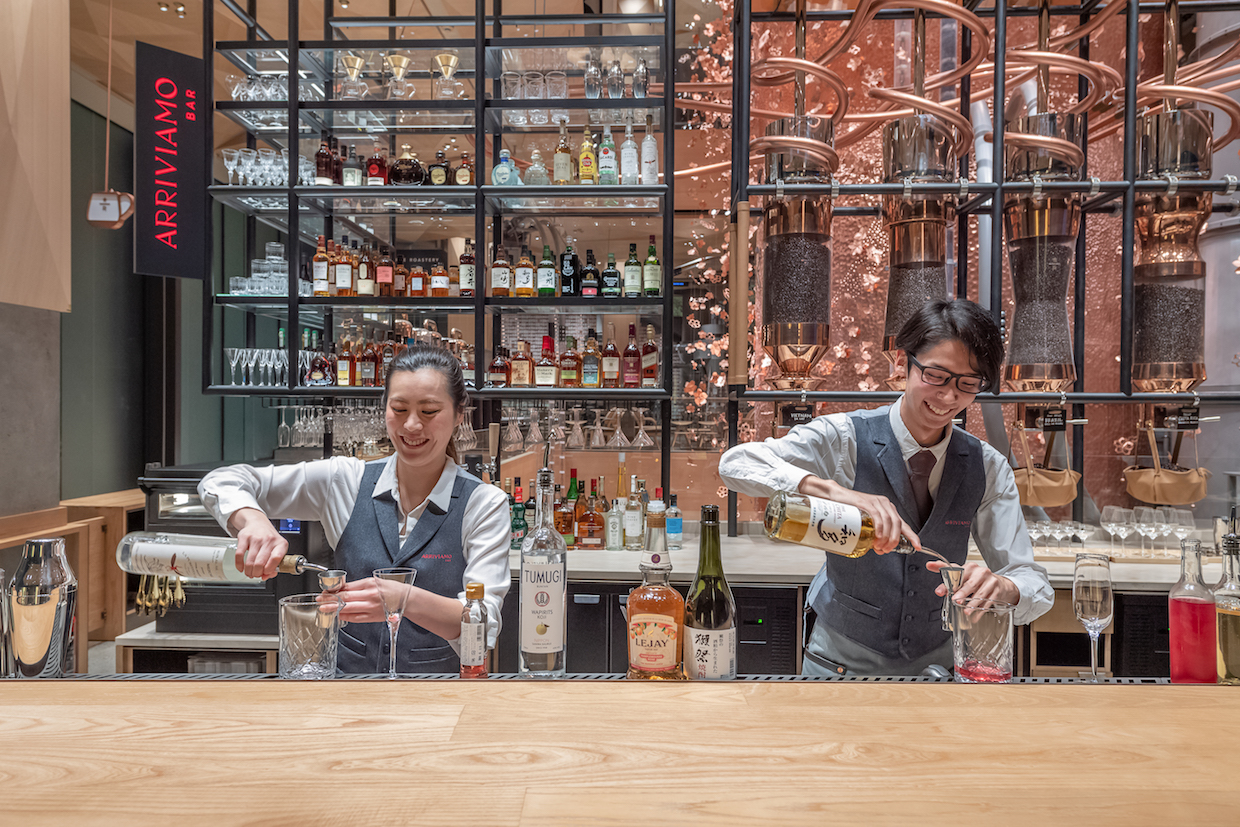 The Arriviamo joins the main Reserve coffee bar and the world’s largest Teavana tea bar inside the four-story Roastery.

The Tokyo Reserve Roastery follows equally splashy Reserve Roastery openings in Seattle, Shanghai, Milan, and New York. Including Japan, the latter four Roasteries have all opened within the past 14 months. Although one more Reserve Roastery is being built in Chicago, the company has not announced plans for any additional Reserve Roasteries, while also signaling an intention to dial back the Reserve brand overall. 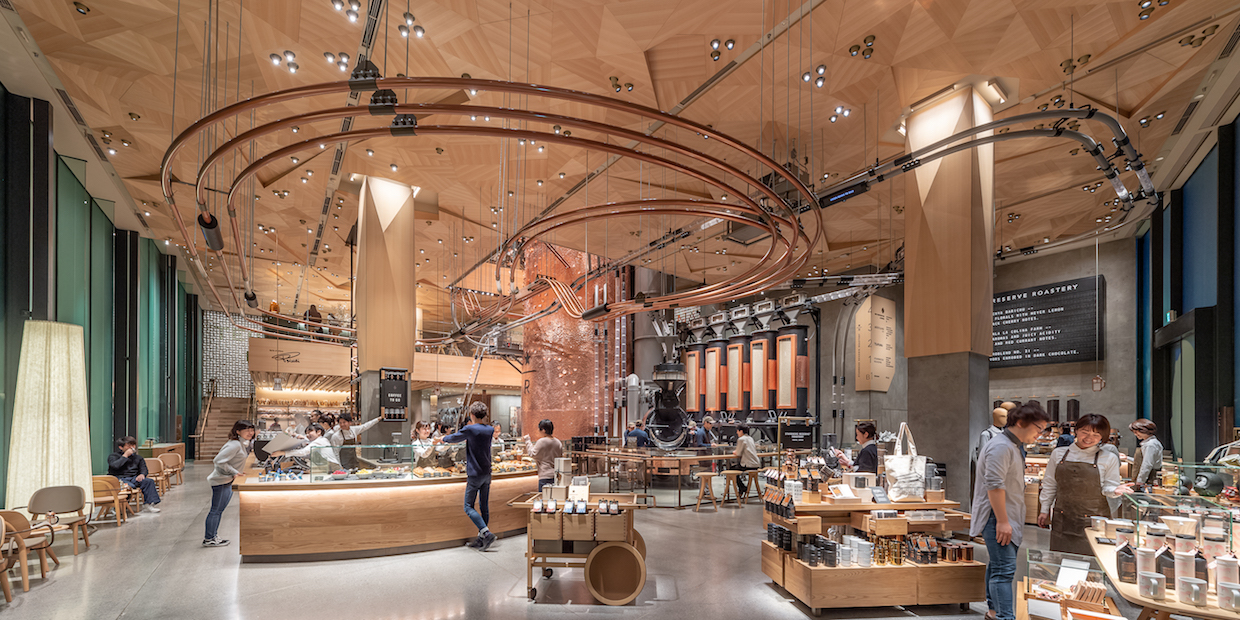 The Japanese Reserve Roastery was designed from the ground up by renowned architect Kengo Kuma, following the vision of Starbucks Chief Design Officer Liz Muller.