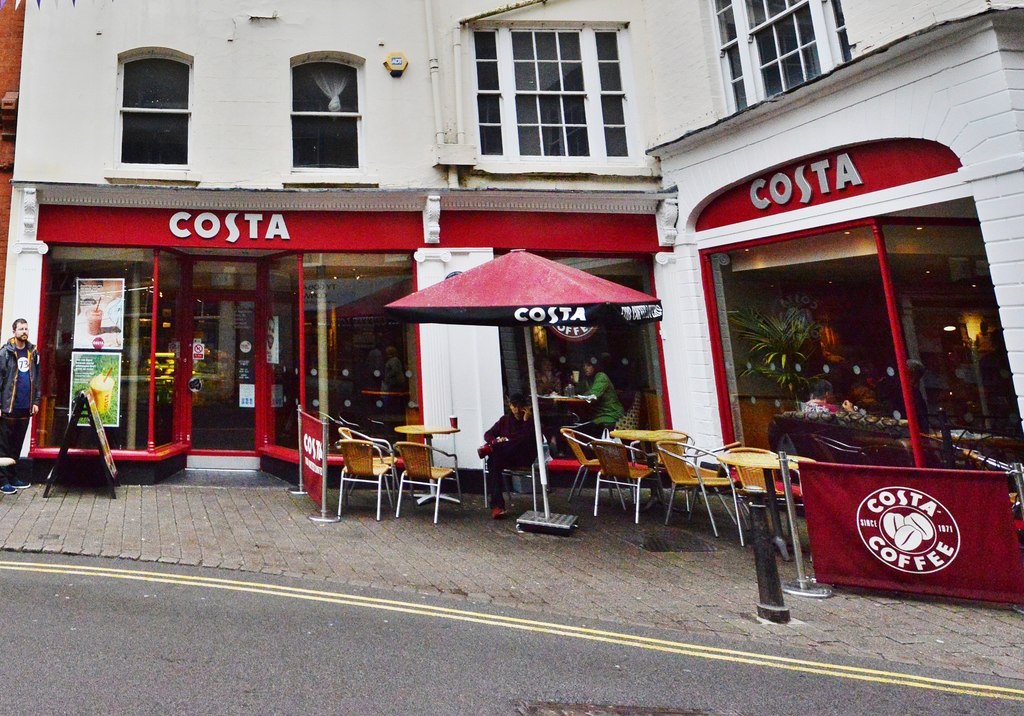 A Costa Coffee location in Shropshire, England. Photo by Michael Garlick and licensed for reuse under CC BY-SA 2.0.

The retail coffee shop market in Europe grew by 3.4% in 2019 to 37,598 total outlets throughout more than two dozen national markets, according to the 2020 European coffee market report from Allegra’s World Coffee Portal.

While still positive given some political and economic challenges throughout parts of Europe, the 3.4% growth rate is notably down from the rate of 6.4% in 2017, and 6.0% last year, as found in Allegra’s two previous European market reports.

By comparison, Allegra estimates that there are now some 37,274 branded coffee shops in the United States market, after a yearly growth rate of 3.3%.

As was the case for World Coffee Portal’s recent report on the U.S. coffee shop market, large international chains continue to lead growth, belying the romantic notion that the market is primed for smaller, independent, specialty coffee purveyors who can differentiate themselves through markers like quality and sustainability. 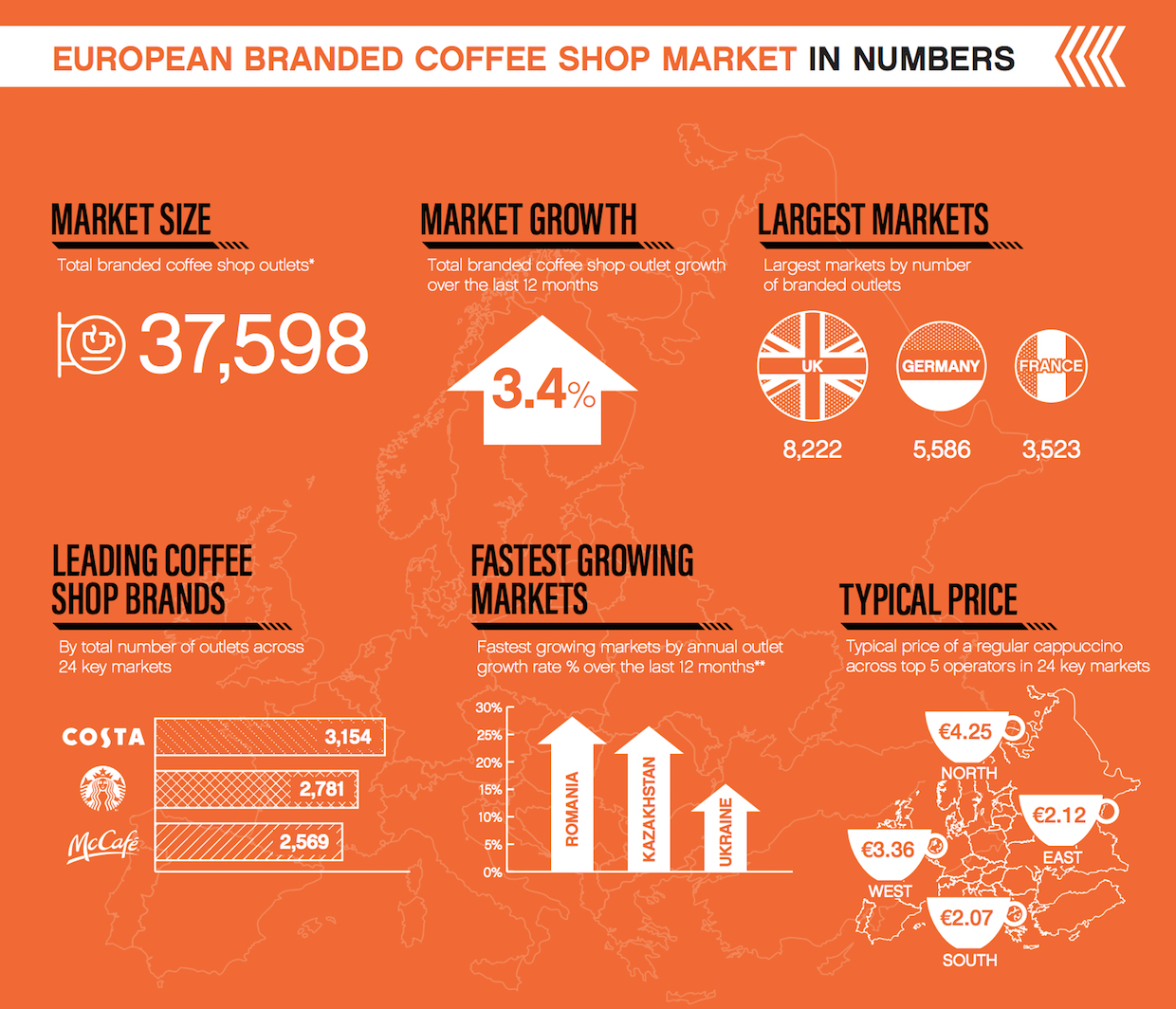 Twenty of the continent’s largest coffee chains now comprise 45% of the total branded coffee shop market, according to Allegra, with names such as Costa Coffee, Starbucks, McCafé, Paul, Illy Caffè and Segafredo Zanetti leading the way and present in at least 15 markets.

Three chains alone (Starbucks, McDonald’s McCafé and Coca-Cola-owned and Costa Coffee) were responsible for nearly one third of all new store openings in 2019, and the three brands now comprise nearly a quarter of the entire European coffee shop segment.

Growth rates in several of Europe’s largest coffee shop markets slowed compared to last year, with Germany’s growth declining to 2.5%, French growth decreasing by more than half to 3.2% and the U.K. falling from 8.7% growth in 2018 to 0.9% in 2019.

Turkey experienced the largest loss of coffee shops at (2.9%), while the total number of shops also declined slightly in Hungary, Belgium and Sweden. The fastest-growing European coffee shop markets tended to be concentrated in Eastern Europe, with Romania leading the way at 28.3% outlet growth, followed by Kazakhstan (26.5%) and Ukraine (16%).

“Despite a challenging economic climate and deep consumer uncertainty, branded coffee shops remain in growth across most European markets,” Allegra Group CEO and Founder Jeffrey Young said in an announcement of the report. “Chain concepts are an increasingly popular option for previously traditionally minded consumers. Lifestyle and consistency factors further underpin this trend.”