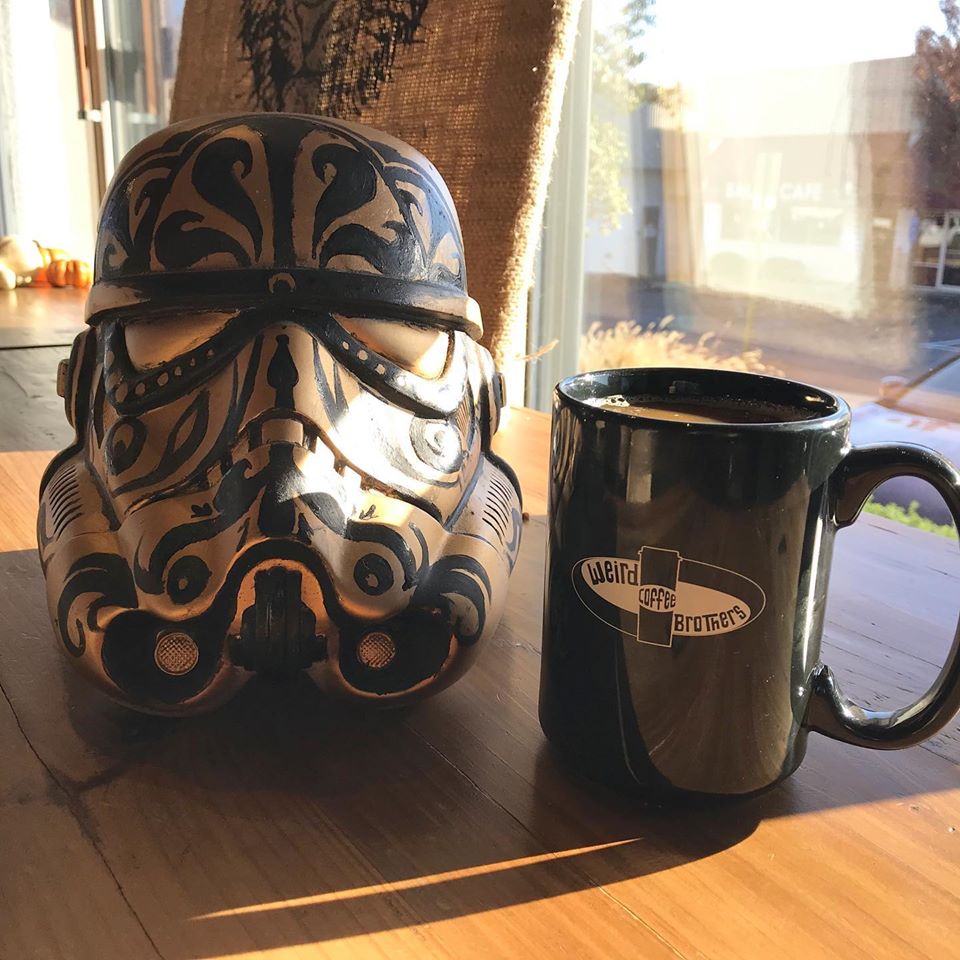 Keeping it weird. All photos courtesy of Weird Brothers Coffee.

Growing up in the Bay Area during the 90s, brothers Paul and Kenny Olsen witnessed firsthand the watershed commercial and cultural movement of coffee’s chain-dominated second wave.

A few decades later and a few thousand miles away in present-day Herndon, Virginia, their own coffee business, Weird Brothers Coffee, is endearingly antithetic to the most off-putting aspects of coffee’s “Third Wave.”

“We wanted to create this welcoming, cool, fun environment,” Paul Olsen recently told Daily Coffee News. “We didn’t want to be a typical Third Wave coffee place. This applies to our aesthetic, our drinks, and even our customers — all types of coffee drinkers are welcome at Weird Brothers.” 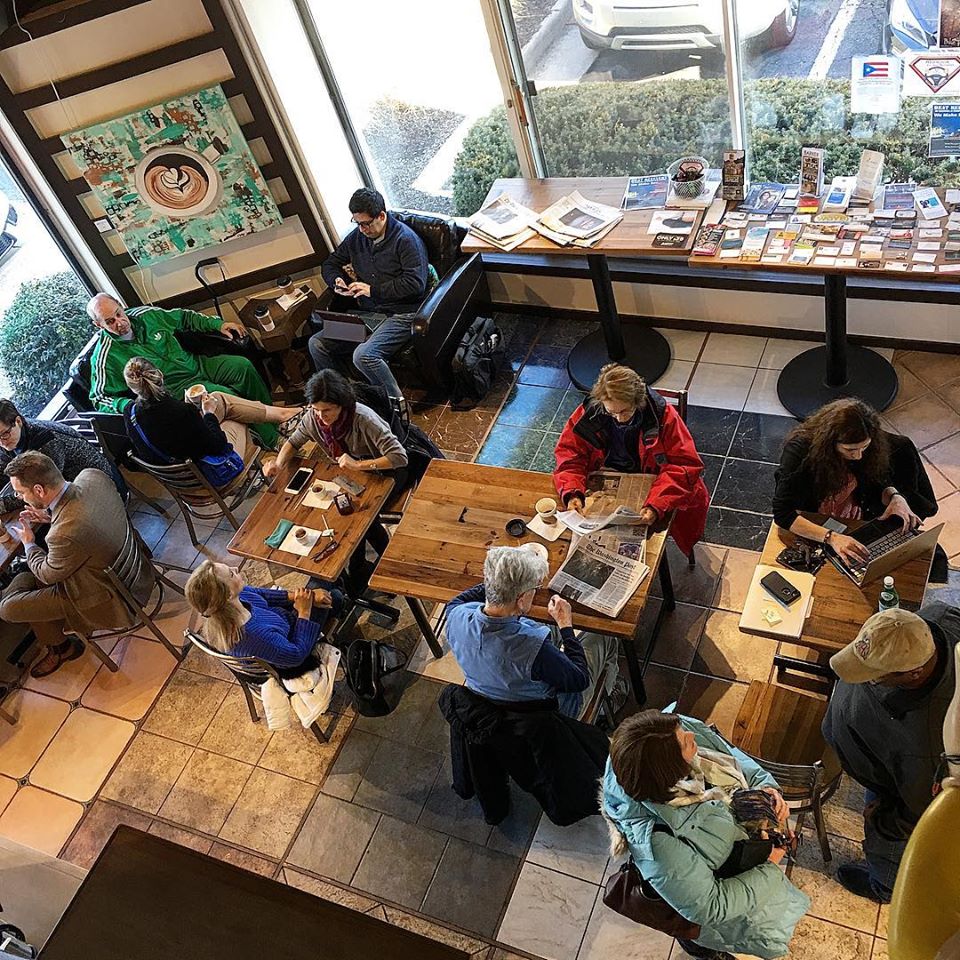 Sadly, Kenny Olsen passed away unexpectedly in 2017, not long after the brothers opened their first brick-and-mortar cafe and roastery in Herndon. Yet the Weird Brothers moniker and business has carried on, recently adding a second coffee shop with plans to also expand the existing roasting operation.

Olsen’s first crack at roasting, so to speak, came after 13 years in the United States Army, where he put his mechanics skills while also tasting coffees throughout various parts of Europe and the developing world. He learned the new craft alongside his brother using a modified BBQ grill drum set-up while selling the resulting brewed drinks out of a mobile truck. 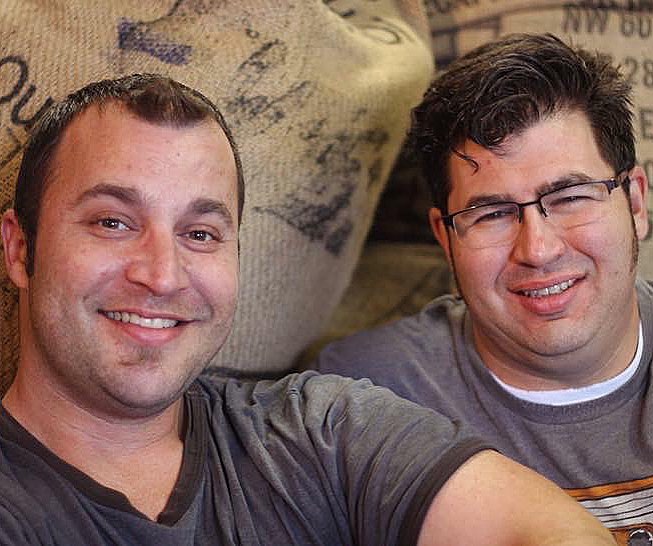 In 2017, the entire business moved into its first brick-and-mortar cafe, which eschewed all-too-familiar elements like subway tile and Edison lights in favor of a homey decor with sci-fi memorabilia. There customers have been slurping up drinks based on blends with names like Embrace the Dark Side (a dark roast blend), Time Bender (a medium roast blend) or Princess Power (a blend with cocoa nibs).

The second Weird Brothers shop offers a more modern vibe on the first floor of the Worldgate Metro Plaza, with wifi and abundant guest seating. At each location, the roaster is offering a wide variety of coffees, including about nine single-origin coffees, six core blends and various seasonal blends.

“We like to offer a big selection for our customers because everyone who visits us likes something different,” said Olsen, noting that roasting all that coffee creates some operational challenges all its own. “We’re maxing out at 200 pounds a day on the Mill City… The next step for us is a bigger Mill City roaster and a designated roasting facility.” 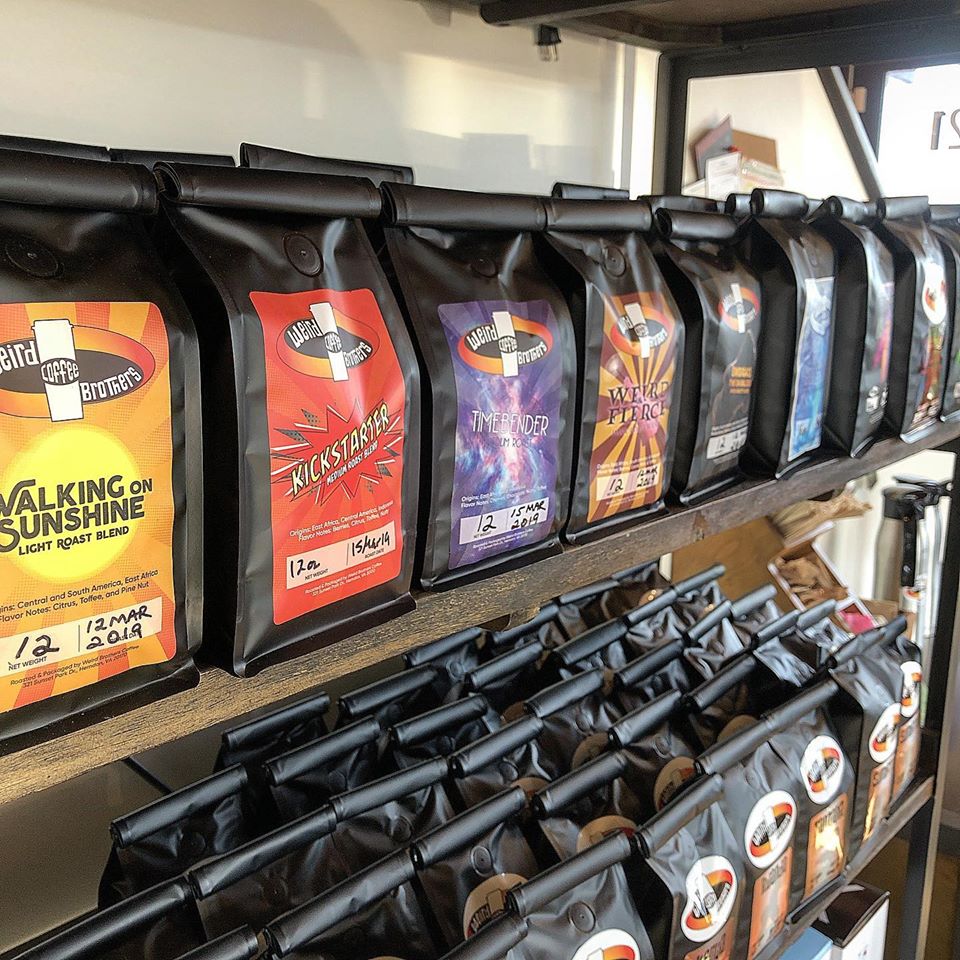 The drink menus at the cafes are equally expansive, as single-origin, single-cup pourovers might be lined up next to blended iced mochas. “We want to make the menu fun for all coffee drinkers,” said Paul. “I just want to give all my customers a place to start with delicious coffee.”

The flagship location uses a two-group Nuova Simonelli Appia for espresso, Kalita Wave brewers for pourover and a Wilbur Curtis setup for batch brew. The new location is equipped with the same hardware, with the exception of a Nuova Simonelli Aurelia that handles the espresso. 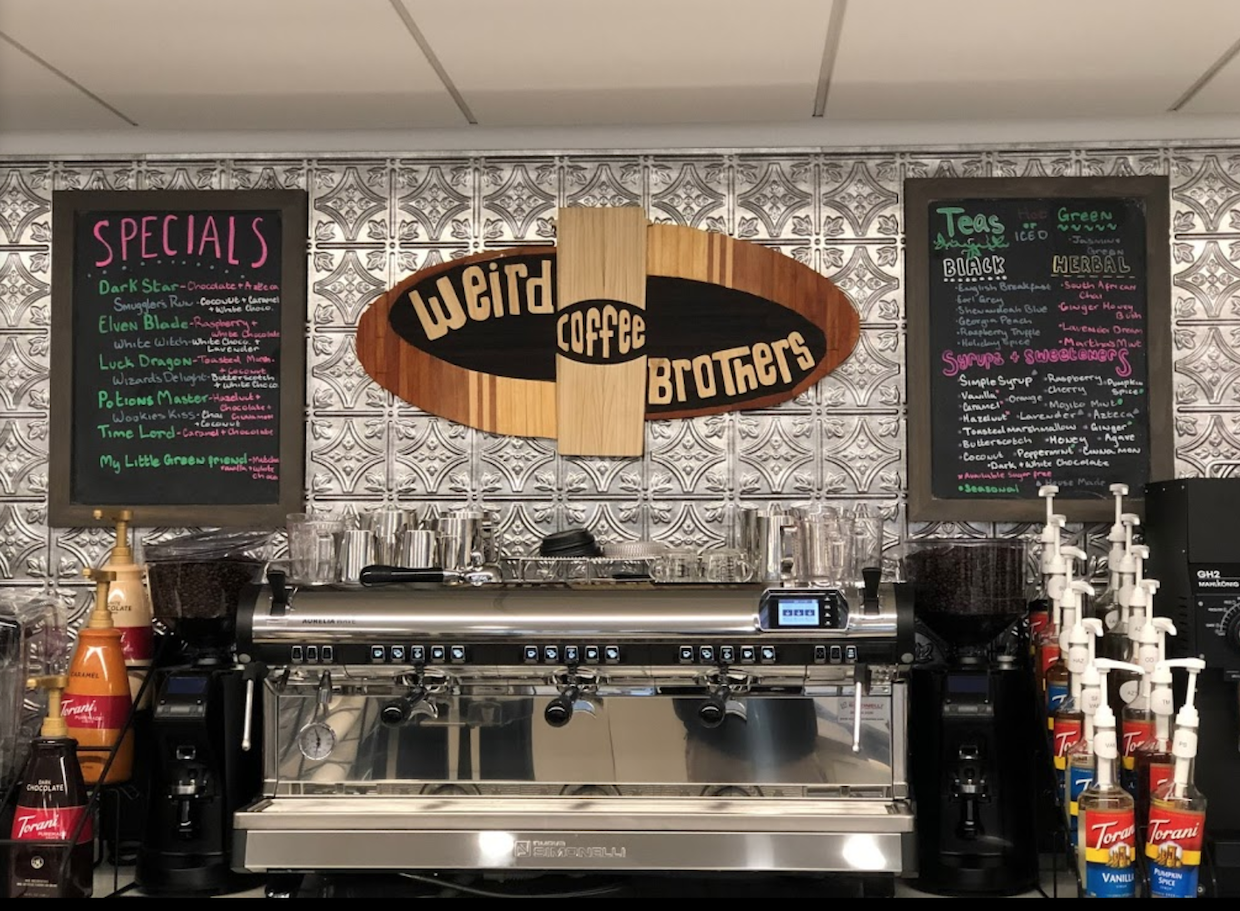 At the new Weird Brothers Coffee bar at the Worldgate Metro Plaza.

While partnering with numerous local and Virginia vendors for baked goods and other comestibles — including pastries from Baguette Republic and chocolate from River-Sea Chocolate — Weird Brothers also partners with local nonprofit Eye of the Heart for community engagement. The company also donates a portion of its proceeds at regular intervals to local charitable organizations. 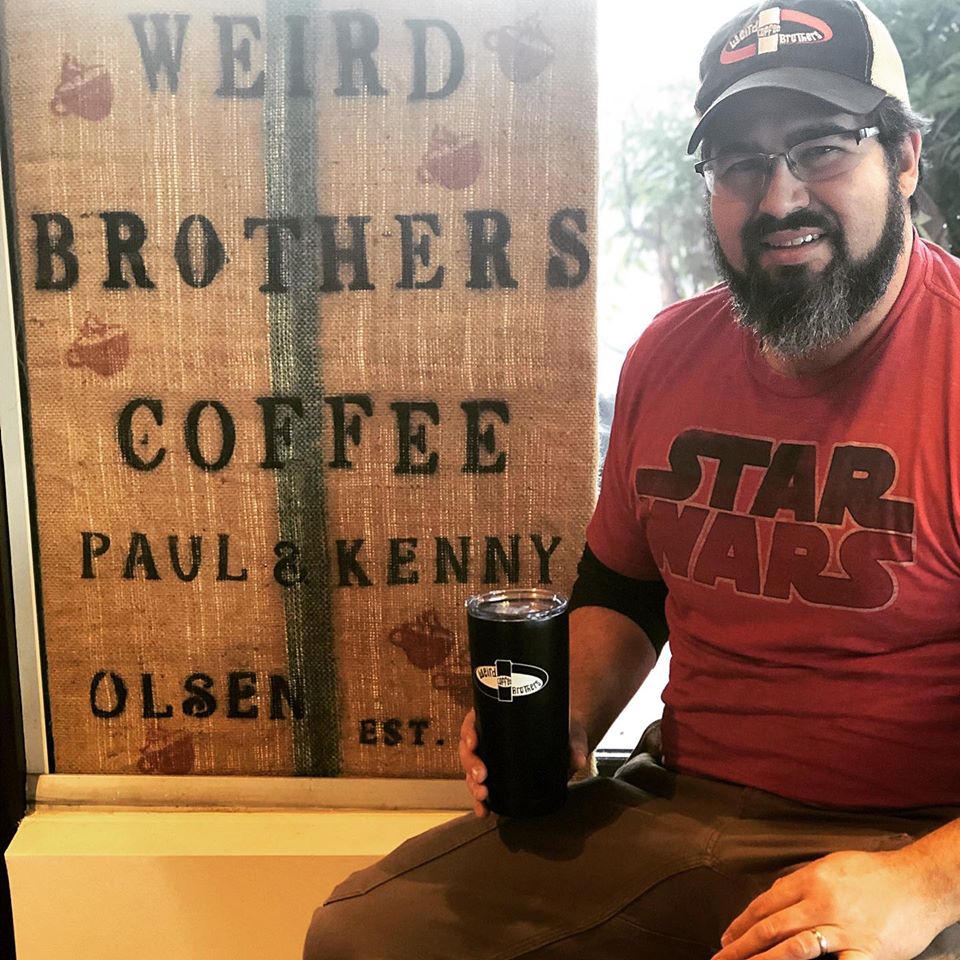