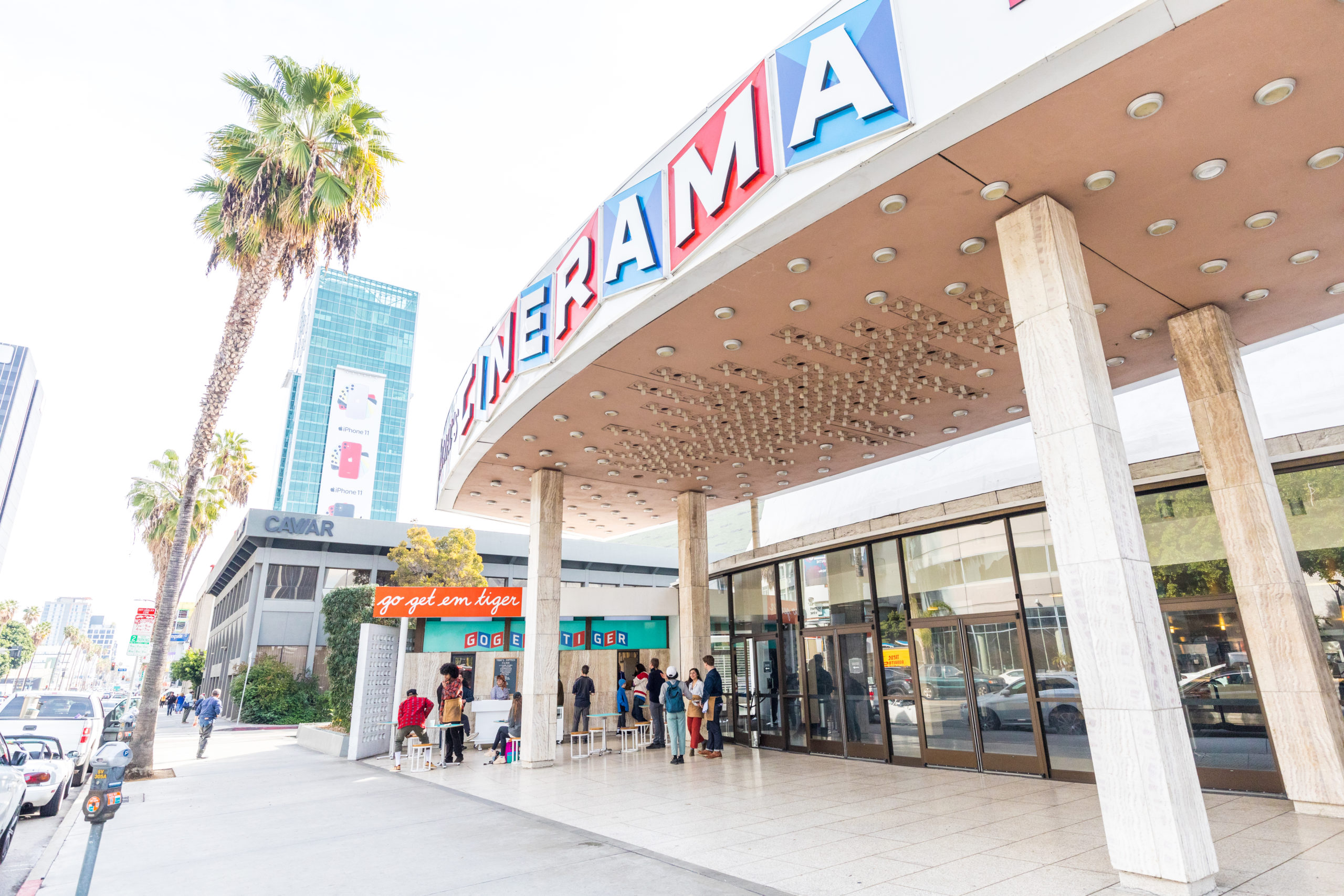 Go Get Em Tiger has opened its seventh retail bar, outside the iconic Cinerama Dome in Hollywood, Los Angeles. All images courtesy of Go Get Em Tiger.

Go Get Em Tiger continues to go get it in Los Angeles, today opening a small coffee bar at entrance to the iconic Cinerama Dome in Hollywood.

In doing so, GGET becomes the first ever third-party food-and-beverage provider at the historic movie theater, which originally opened as the world’s first concrete geodesic dome in 1963 and eventually became part of the ArcLight Cinemas Hollywood complex. 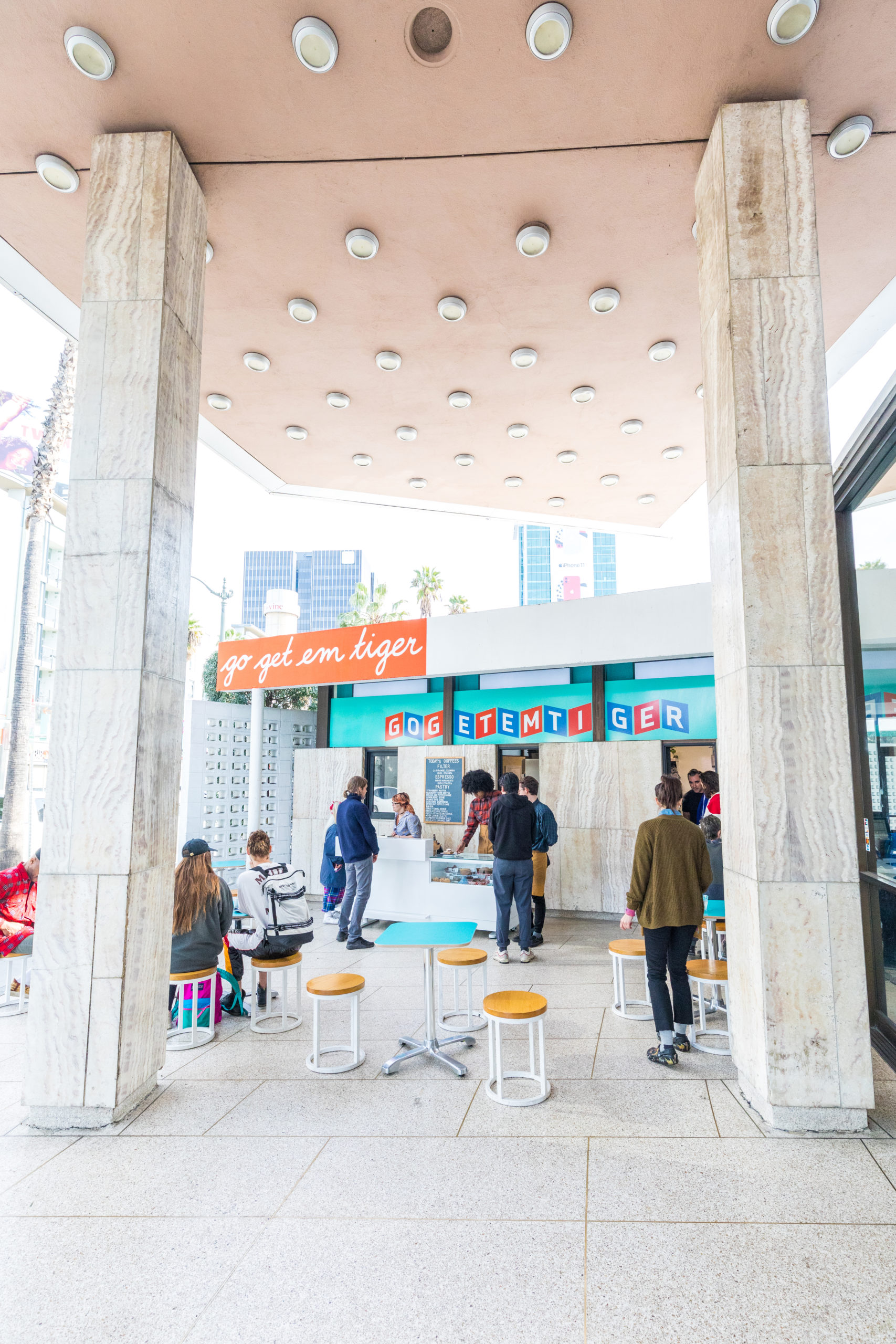 A red and blue logo on teal signage above the bar mirrors the classic Cinerama logo, while GGET’s own logo with a custom script on an orange background jumps out to passersby on the street level. The opening follows another high-profile opening outside another L.A. cultural landmark facility, as GGET opened at the renovated plaza of the Music Center just four months ago. 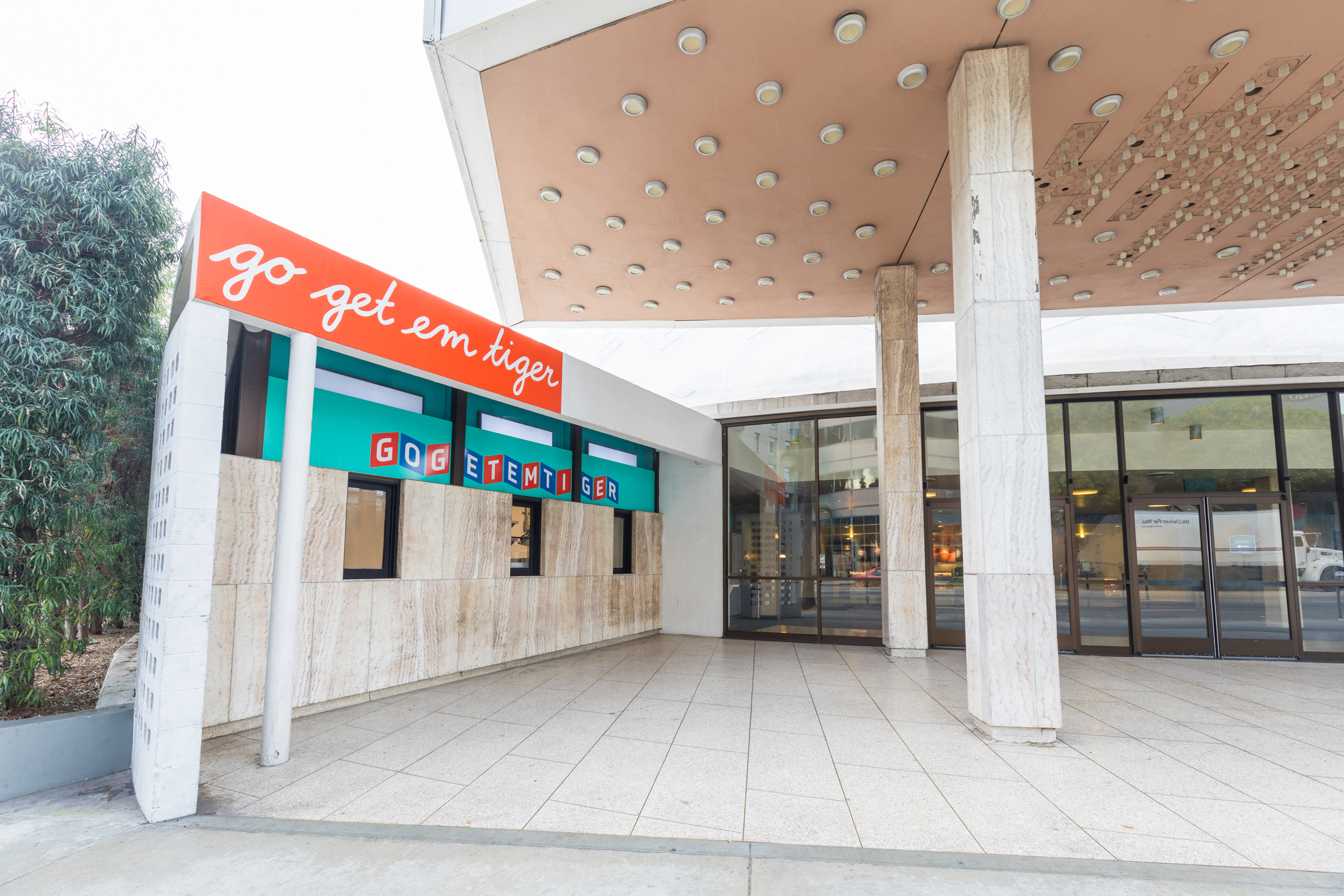 In addition to a production roastery in Vernon and the experimental G&B Coffee bar opened by GGET Founders Kyle Glanville and Charles Babinski in 2013, GGET now has seven retail locations.

Go Get Em Tiger at the Cinerama Dome at ArcLight Cinemas is now open at 6360 Sunset Blvd in Hollywood, Los Angeles, California. 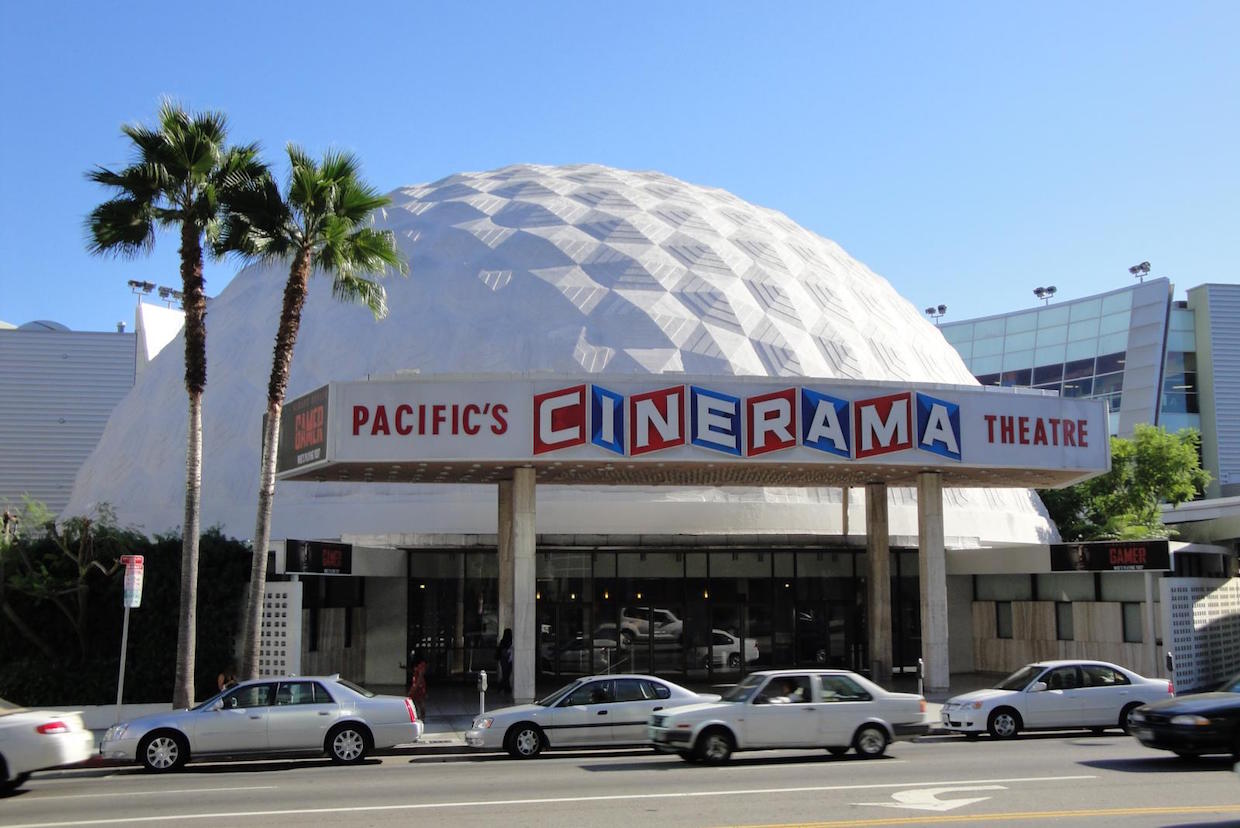