The Short Shot: New Study Challenges Espresso as We Know It 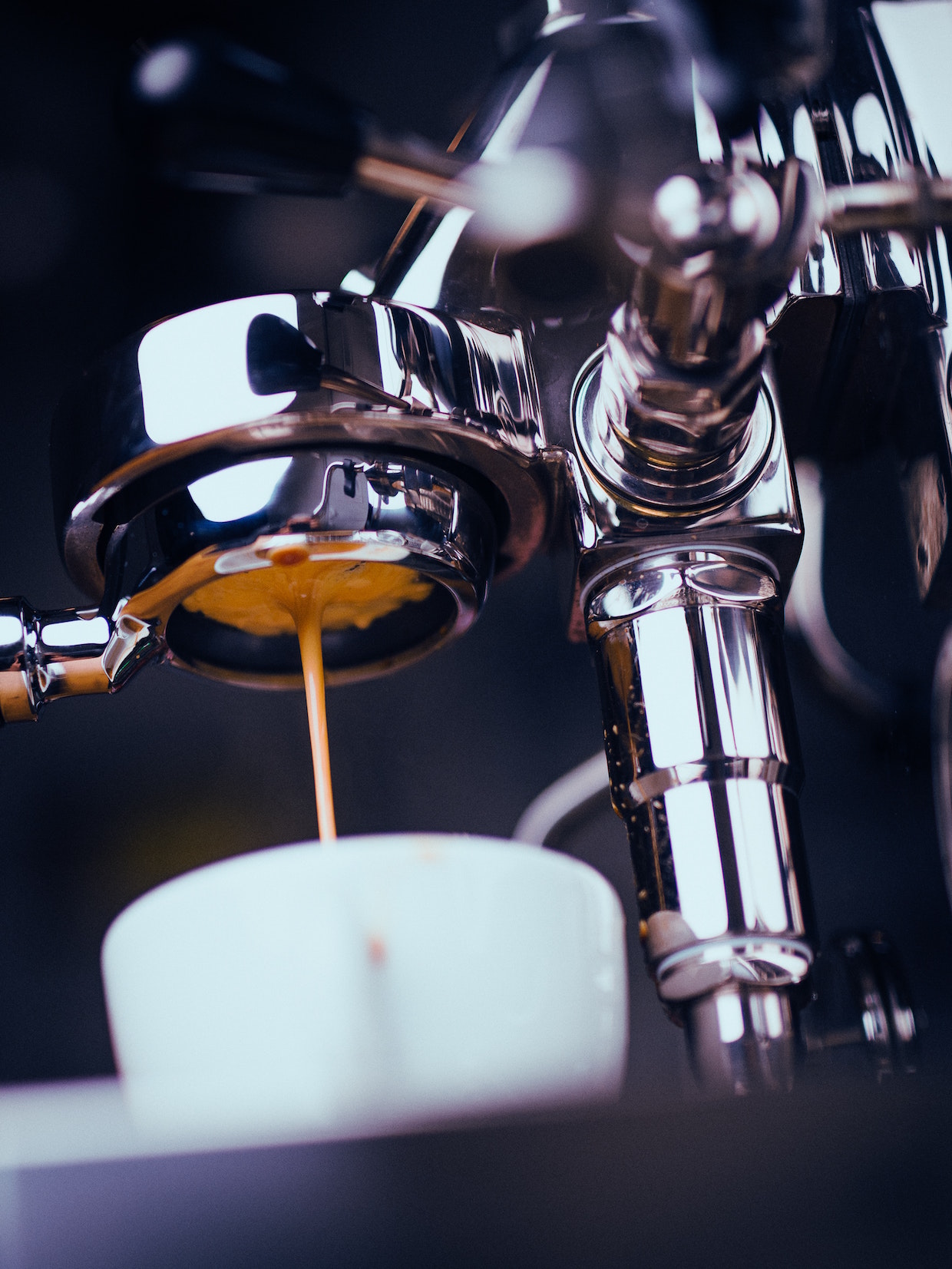 A study that dropped today suggests that coffee purveyors seeking to maximize good taste and consistency have generally been using way too much coffee.

The research — led by a 10-member international team performing mathematical modeling and pulling hundreds of espresso shots — suggests that the key to making consistently good espresso is using far less coffee at a coarser grind, with less water and a faster brew time than found in established methods.

The recommendations of the study — which boil down to about 15 grams of coffee with shot times from seven to 15 seconds — run contrary to nearly all published standards related to espresso preparation and extraction, including the classic Italian espresso methods and more newfangled approaches from groups like the Specialty Coffee Association.

While coffee professionals might be quick to dismiss the research as impractical academic wanderings, it should be noted that the lead author is University of Oregon chemist Christopher Hendon, whose previous scientific work on water composition and grind particle consistency, among other subjects, has been hugely influential in the industry.

“The real impact of this paper is that the most reproducible thing you can do is use less coffee,” Hendon said in an announcement of the study, which was published online today in advance of an upcoming print version in the scientific journal Matter. “If you use 15 grams instead of 20 grams of coffee and grind your beans coarser, you end up with a shot that runs really fast but tastes great. Instead of taking 25 seconds, it could run in 7 to 14 seconds. But you end up extracting more positive flavors from the beans, so the strength of the cup is not dramatically reduced. Bitter, off-tasting flavors never have a chance to make their way into the cup.” 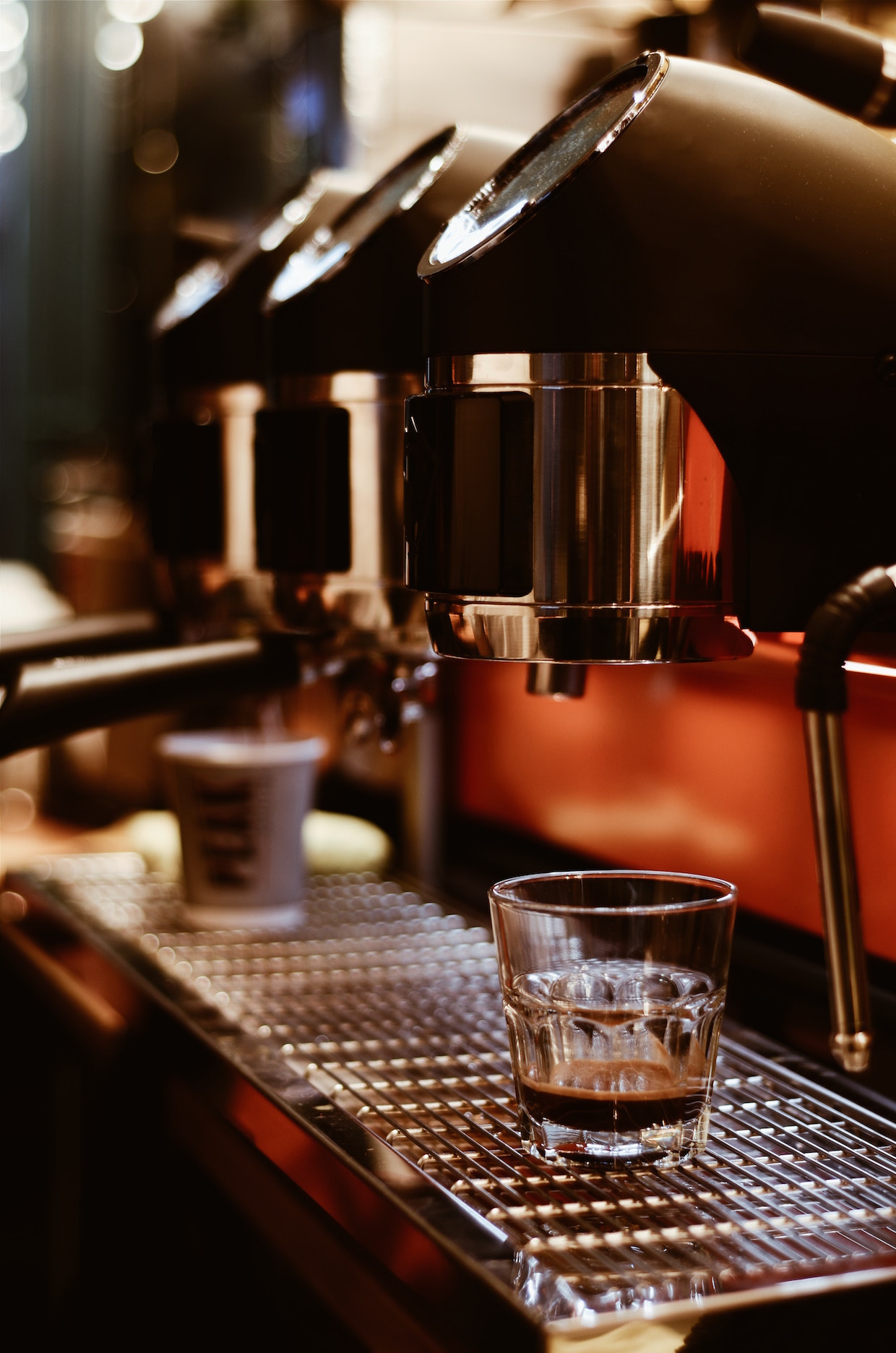 Before the hundreds of test shots were pulled at the Tailored Coffee Roasters headquarters in Eugene, Oregon, researchers drew upon electrochemistry theory, likening the movement of caffeine and other molecules through a packed bed of espresso to lithium ions moving through the electrodes of a battery.

“Our model lets us take the leap from a very small particle size, less than the size of a hair, and solve a series of equations that tell us how much mass can be transported out of these little particles,” study co-author Jamie M. Foster of the University of Portsmouth (UK) wrote.

For the day-to-day dialing in of espresso within coffee shops, the research is being presented as potentially transformative. Hendon wrote that baristas often begin with a grind setting then modify water volume and flow parameters. “That usually involves a reduction in shot volume to get a desired flavor,” the study announcement stated. “However, if the volume is too small, [Hendon] said, an operator should grind coarser and repeat the volume-reduction process to reach a bigger drink of lower concentration but reproducibly tasty.”

Based on the research team’s conclusions, brewing espresso to ideal parameters for repeatability and taste would result in 25% less coffee used. The researchers estimate that 124 million espresso shots are pulled in the United States each day, and that such savings would result in $3.1 million per day for the retail coffee industry.

Of course, a 25% reduction in espresso consumption in the U.S. alone would dramatically transform global markets, all the way down to individual coffee farmers.

“For the local shop owner, this is an opportunity to save a lot of money without sacrificing quality,” Hendon wrote. “For the roaster, this is an opportunity to reflect on the approach to roasting and how people are brewing their coffee. For the producer, this should encourage them continue to produce high-quality coffee that can earn them the most money, knowing that more people will have access to it.”

Dear Sir , Are you or members involved in single serve coffee pods.

If so, we have a product that will bring out the best flavors the brew can deliver to the beverage consumer.

A Better Brew To All, Otto Schroeder
Topmarketing

How was the sensory evaluation conducted? (aka, was there a random panel of tasters drinking shots side by side using a variety of preparation methods, and/or adding the 7 second shots and evaluating how they performed in milk based drinks ranging from 2-6-8-12-16oz sizes? This is amazing research and depth of knowledge, but does it really taste better, and to who? Is there supplemental information reviewing the sensory evaluation that was conducted to ensure a majority of the panel preferred 7 second shots in a 12oz latte?

If I want a 7 second long espresso pull I’ll just go to the neighborhood place that still has flavor syrups and open mic nights.

After reading the study, this article misses some points:
brew pressure
more water was used (not less)

Not mentioned here, but I read in the study that they also reduced the pressure to 6 bar to allow for a more even flow since the normal 9 bar caused “partial clogs” due to the inherent “fines” and “boulders” present in ground coffee (another unmentioned, but important aspect of their decision to use coarser grind).

Also, they did not state they used less water in the study (except when noting their procedure to find maximum extraction yield — which was only used in their systematic approach to find the ideal values). They targeted a 40g extracted mass output, which would mean more water was used when less coffee was used.

This study relied heavily on Extraction Yield numbers as a representation of quality, based on a barista’s preception of a tasty shot and their previous findings that EY was accurate enough to represent quality under these circumstances. That tasty shot was found to be at about 22% Extraction Yield, from a dose and grind which was “partially clogged”. Using this point as their basis means their end result may not be as overall tasty as the more common recipe due to the nuanced flavors from a partially clogged shot. Regardless, the main point of this study was to show a more consistently tasty product was achieved with less coffee and a coarser grind.

If it ain’t broke….don’t fix it!
You nitwits will come and go…Espresso will still be here in it’s glory.

do you serve 20 ounces drinks?

For the sceptics, this is basic Brewing and Extraction 101. Remember the five variables? You can move any one, or perhaps two, and move one or more of the others to still arrive at that “sweet spot”. Of course, there are limits to the usable range of each of the variables.
I don’t have access to an espresso machine, so have been defaulted to hand brewing methods with the exception of batch brew when I serve at events. My preferred method is the venerable and much maligned french press. I never did like the results of following the silly instruction sheet that the new unit brings along. Too much coffee, WAY too coarsely ground, and WAY WAY too long in the water contact variable. I began to play with it… less coffee, finer grind, hotter water, VERY short extraction time…. a smooth sweet cup, but lacking in the character of a well-done pourover. Further playing led me to a multi-stage method that comes close to a well done Chemex, and better than most (particularly those done with the immersion pourover method, for which I do NOT care. ).
Just because “the Industry” have settled on a standard does not make all other variants of that protocol unacceptable. I’ve had plenty of “espresso” of the type described by David Schomer… “brewed coffee made on a ten thousahd dollar machine”, and all done per the standard protocol. What was “off”? Any one or more of the five variables. I’ve played enough with machines when I have had access, and after quite a few “goes” I’ve made shots that were amazing…. but plenty of compost-makers along that road. If done well, with a keen eye toward flavour in the outcome, I see no reason why juggling the five variables can NOT arrive at something very acceptable. It certainly is likely to be better than most of what I get in the “great” and :legendary” shops.

There was a time when “scientists” were dead certain that if ever the human body moved at a velocity in excess of thirty five mies per hour it would disintegrate spontaneously. Hah, I’ve ridden faster than that on my bicycle many times.
So.. what is cast in concrete and absolute………. mayn’t be so.

Well this study was done two years ago… what’s become of it?