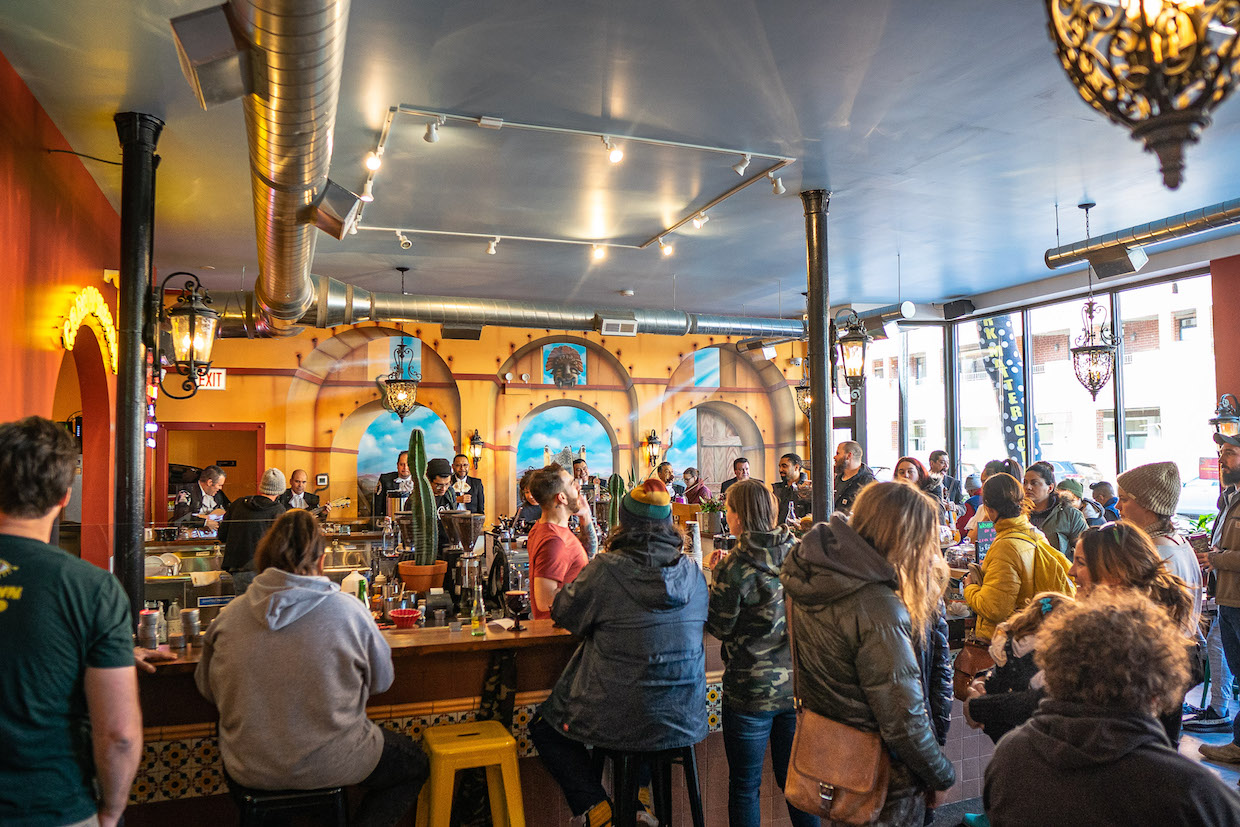 In 1972, acclaimed Latin rock band Santana pivoted with the release of its fourth album, Caravanserai, a mostly instrumental LP that was decidedly more jazzy than jammy.

In the spirit of this creative twist, while paying homage to Carlos Santana’s Mexican roots, Chicago-based roaster and retailer Dark Matter Coffee‘s seventh coffee bar that opened earlier this month in Avondale is also called Caravanserai. 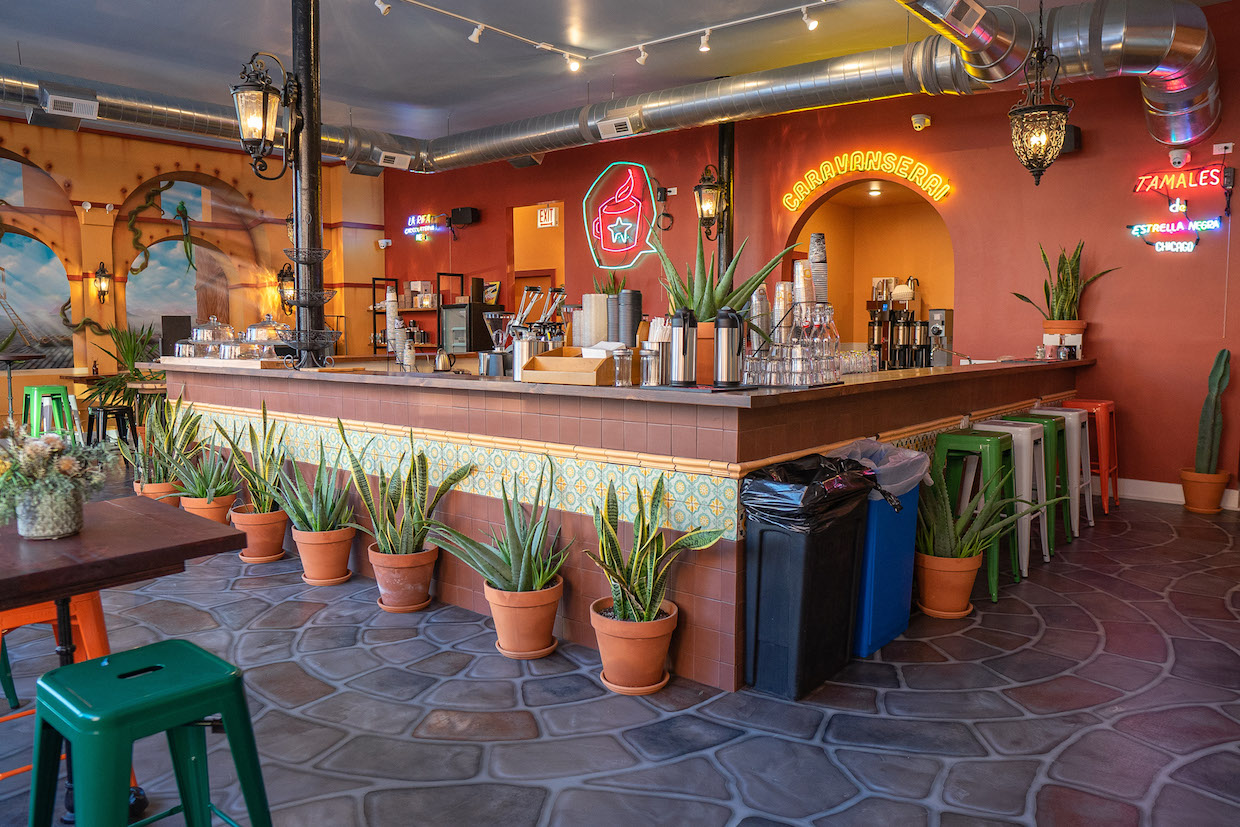 More than most progressive coffee companies, Dark Matter embraces a sort of perpetual state of pivot. While each new seasonal crop of green coffee translates into cup characteristics distinct from those in seasons past, each of Dark Matter’s uniquely creative retail interiors also competes with the last in terms of colorful surreality. 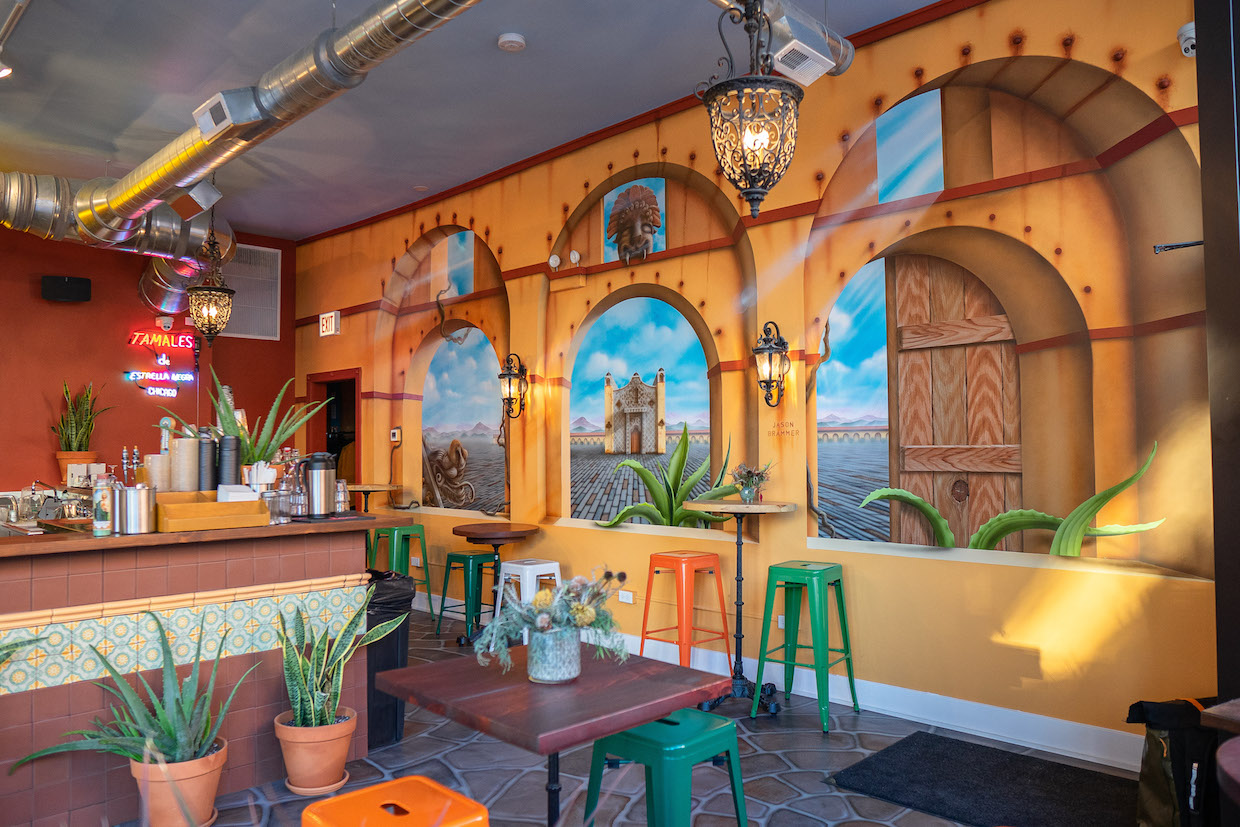 The objective definition of the shop’s name reflects another aspect of the new business, as a caravanserai, or caravansary, is essentially a roadside inn for long-distance travelers, particularly traders hauling goods internationally in days of old.

Coffee isn’t the only good from afar that finds its way to the shop. The bar showcases its partnership La Rifa Chocolatería, a Mexico City-based cocoa producer that now supplies Dark Matter with a key ingredient for a specialized drink menu. 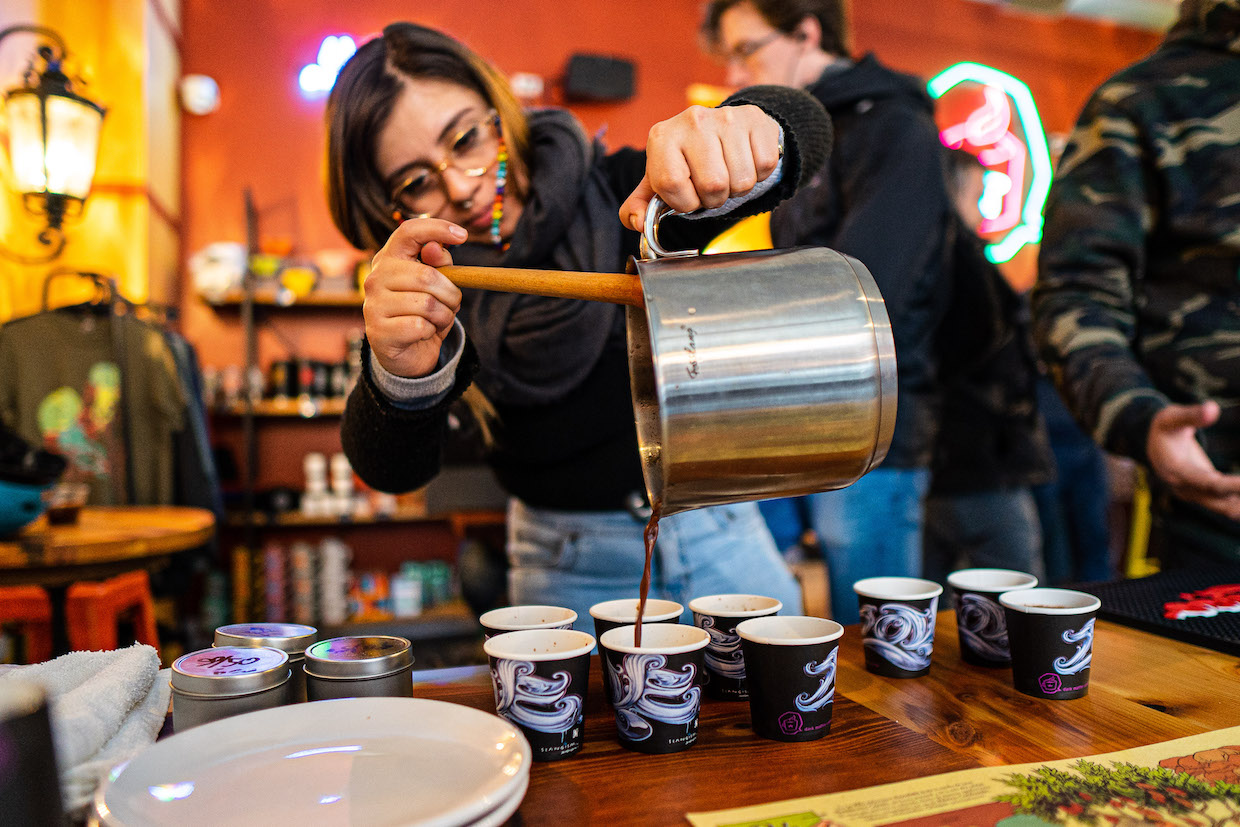 “As coffee roasters, we have always been inspired by chocolate, as the two share numerous processing, sourcing, and business practices,” Dark Matter’s “minister of propaganda” Kyle Hodges told Daily Coffee News. “Several years ago, while traveling through Mexico DF, we meet the crew of La Rifa and quickly became friends. This organic relationship is very inspiring to us and we are thrilled to be able to support them.” 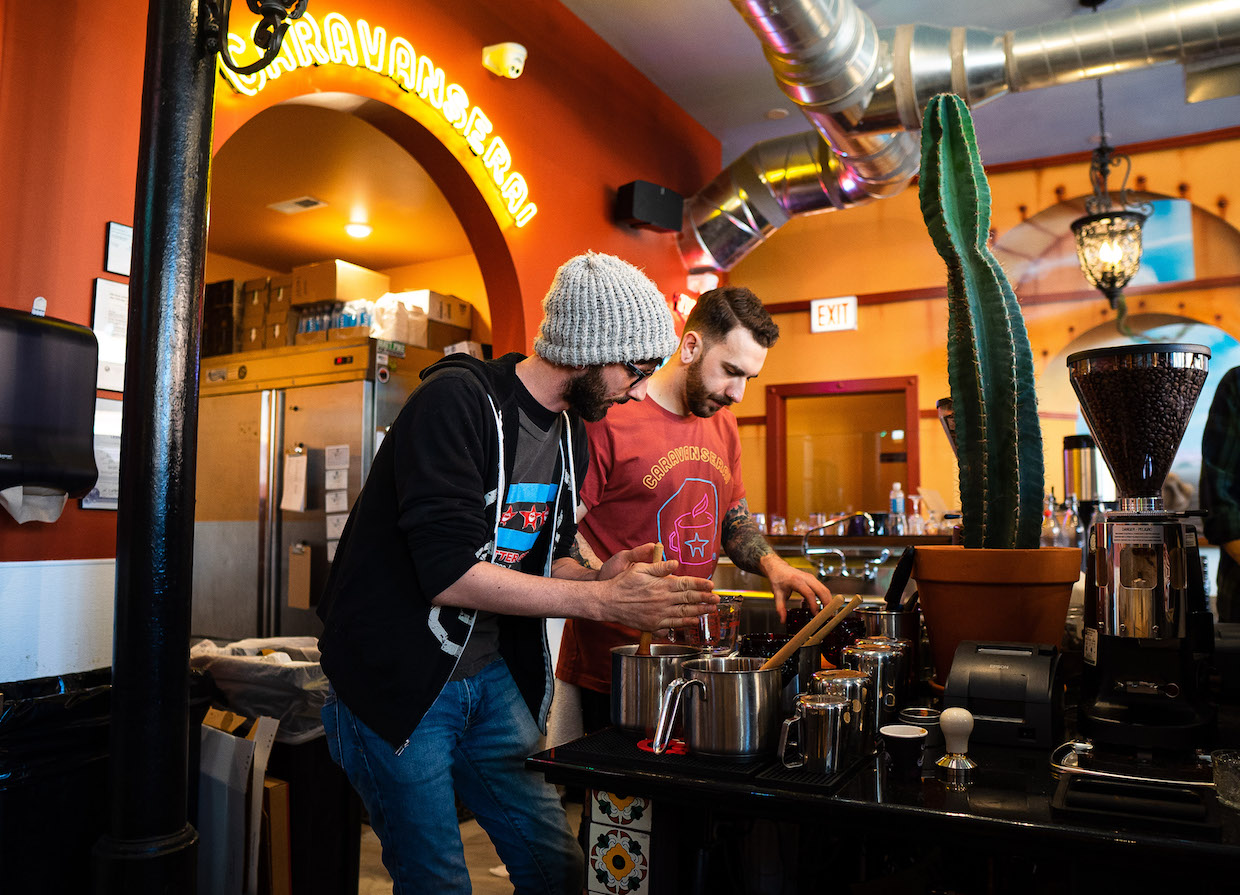 “These are not milk-based chocolate drinks [of the sort] commonly found here in the U.S.,” said Hodges. “Rather, a more traditional chocolate style that is as delicious as it is uncommon.”

A daily rotation of “playful” tamales made by Otoniel Michel at Estrella Negra is also on offer at the new shop alongside locally-made pastries and sweets. The coffee menu in the 2,500-square-foot shop is supported by both La Marzocco Linea EE and Leva S espresso machines, Origami pourovers and Fetco batch brew. 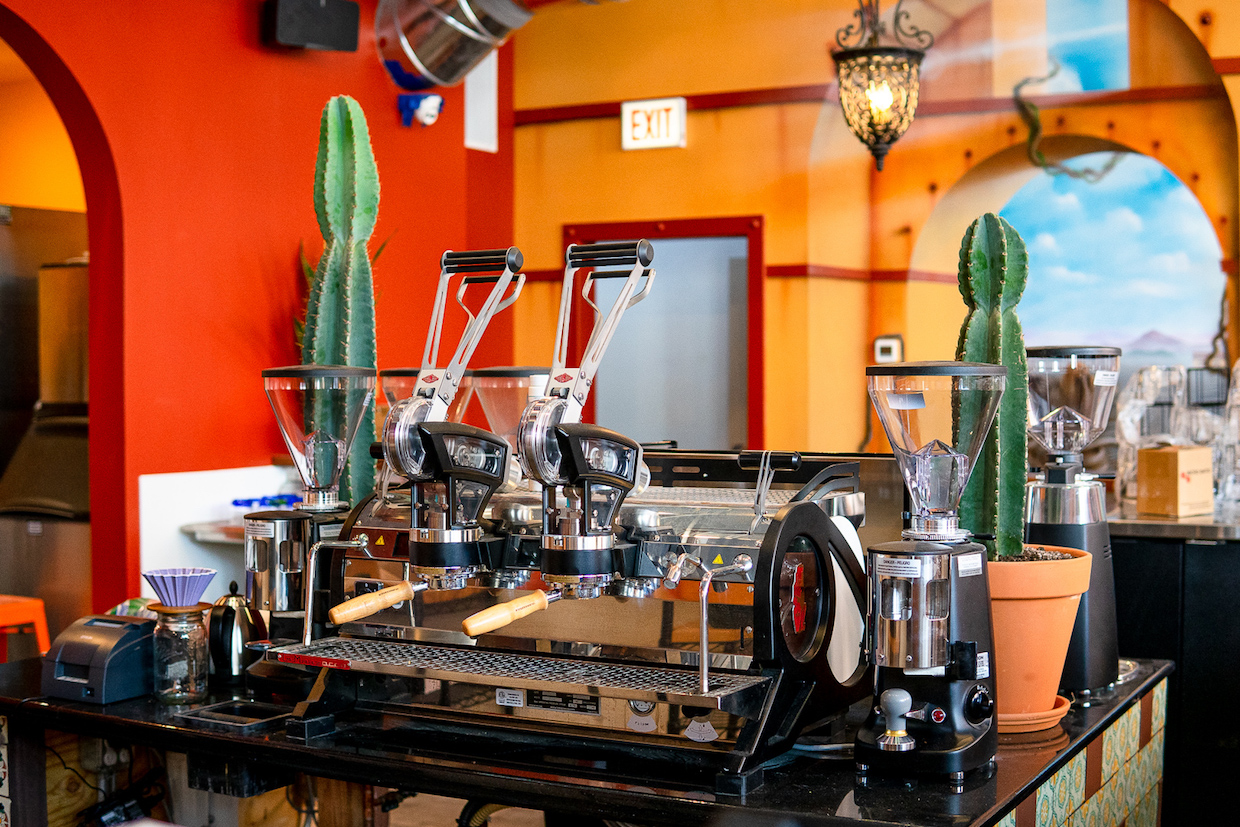 And now that the Land of Lincoln has become the 11th state to legalize the consumption and sale of marijuana, the psychedelic roots Dark Matter will only get deeper as the company lights up new partnerships.

“We are happy weed is finally legal in Illinois, and have collaborations coming out in the not-so-distant future,” said Hodges. “Additionally, we have several fun things up our sleeve for SCA in Portland this year.” 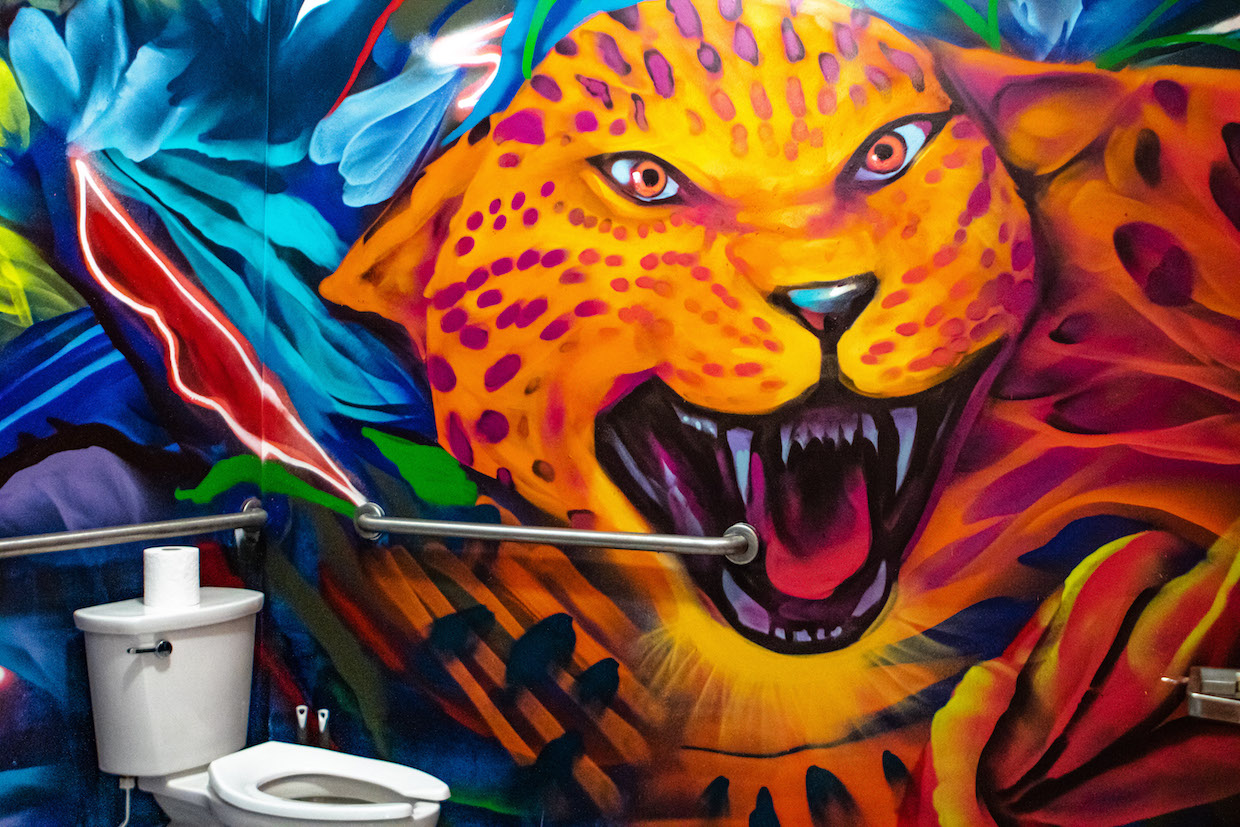