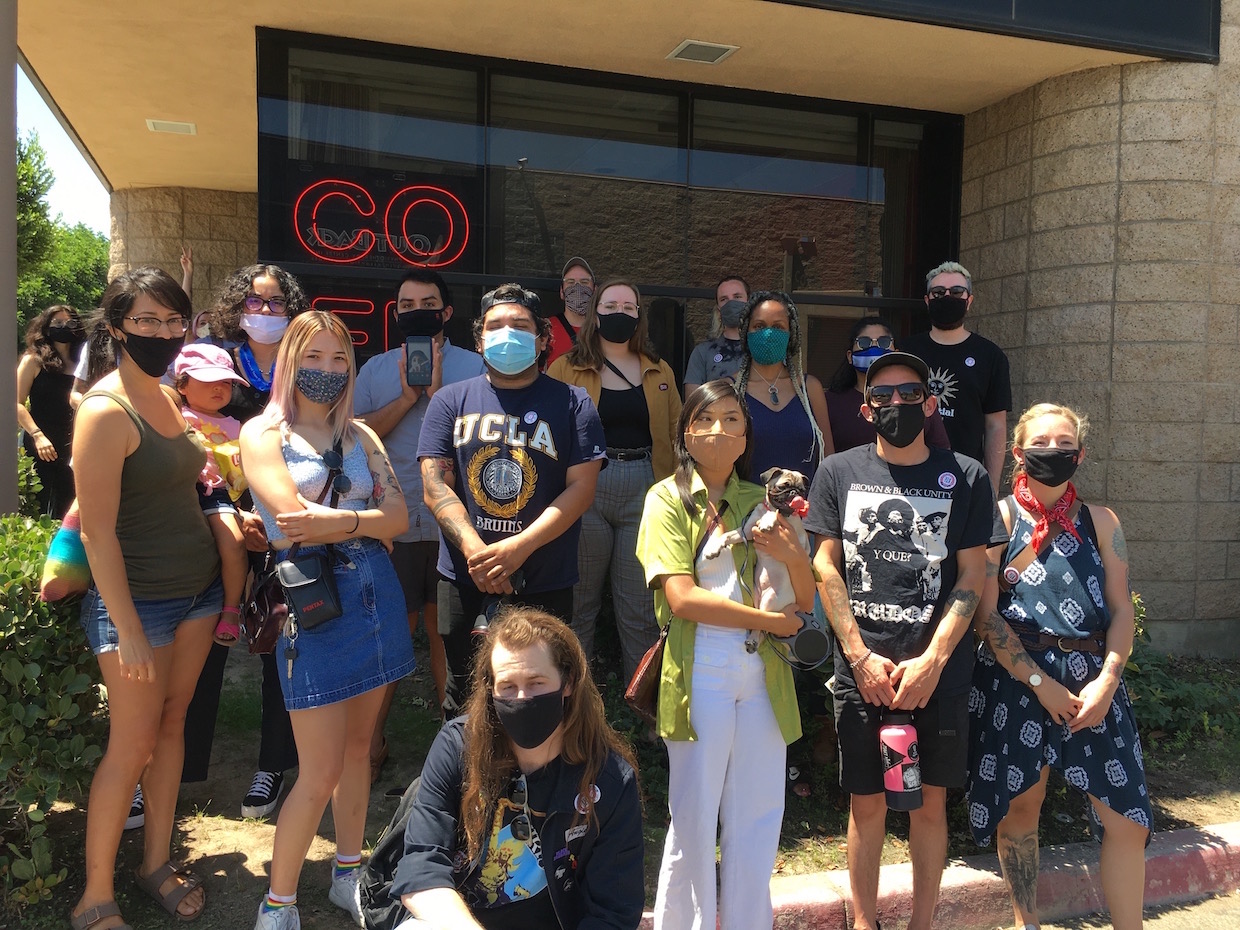 The quality-focused Southern California roasting company Augie’s Coffee has announced it is indefinitely closing all five of its retail cafes, citing concerns related to the worsening pandemic and recent staff exposure to COVID-19.

Meanwhile, a group of Augie’s employees gathered at Augie’s headquarters in Redlands yesterday, asking to speak with ownership and claiming they were fired for attempting to unionize in June. With organizational support from UE Union, the group says it has filed an unfair labor practice charge with the National Labor Relations Board.

“We risked our safety to keep Augie’s open during this pandemic. In return, we merely asked that our voices be heard,” Kelley Bader, a former Augie’s employee, said in a media statement released by the group. “For the owners to now take our jobs away, it shows a real disrespect for the community that we serve.”

The group said that 80% of Augie’s Coffee workers had signed on to form a union, asking management in a letter to recognize the union beginning June 26. Augie’s owners, meanwhile, published a letter on their website and Instagram on Saturday, July 4, announcing the decision to close all of the company’s shops and lay off its entire “team” on July 5, though the roasting operation has continued.

“We have had the privilege of building one of the best and brightest Teams in coffee on the planet over this past decade,” Augie’s wrote, noting that at least one person on staff has had to go into quarantine due to contact with someone infected with COVID-19. “The Augie’s Team has faced an uphill battle these last 120 days. COVID-19 has turned their previous role in coffee of education and preparation into the new normal that no one could have predicted; relentlessly educating about safety and protecting our customers to the best of our abilities. The stress and fatigue that each one of you feel in your lives, we feel as well. This decision to close the retail operations was not taken lightly.”

All of this comes as parts of California are dealing with a dramatic uptick in coronavirus cases. Just yesterday, California Governor Gavin Newsom ordered a second shutdown of restaurants and other indoor businesses in 19 counties that have seen the most dramatic spikes in cases, including in San Bernardino and Los Angeles Counties, where Augie’s shops are located.

“This closing of stores is indefinite as we need time to reevaluate how Augie’s can operate safely in the future, given the reality of the prolonged effect of this virus,” Augie’s wrote on July 4. Augie’s has not yet replied to DCN’s request for comment.

Augie’s launched as a single coffee shop in Redlands in 2009 before being bought by Austin Amento and his father, who expanded the business into an award-winning roasting operation with five branded coffee shops. Amento and Augie’s have been familiar names on the coffee competition circuit over the past decade.