Consent and Participation: ‘On Photography’ at Coffee’s Origin 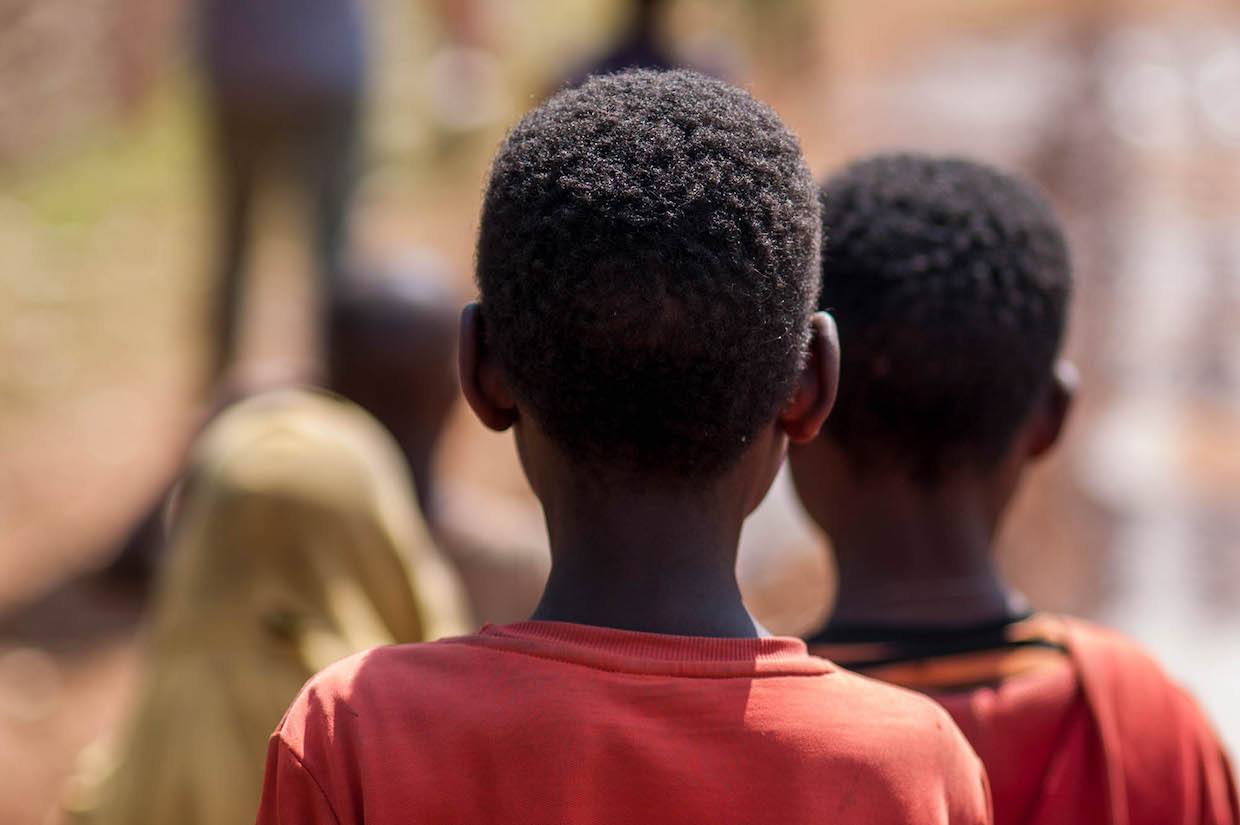 2017 photo in Ethiopia by Evan Gilman.

Consent in photography is a complex topic, and one that has been explored in depth in the academic and legal worlds.

It’s also a persistently relevant topic in the coffee industry, particularly among those among us who are engaged in marketing, since it has so often been used as an exploitative tool.

As someone who has been involved in photography for most of my life and around coffee for much of my working life, I have been reconsidering some of the underlying issues related to consent, art and ethics in photography in communities where coffee is produced. Unfortunately, ethically speaking, these issues aren’t always clearly in focus.

A Personal History in Photography

My first camera was a plastic point-and-shoot I got for Christmas as a child in 1992, and I learned quickly that it wasn’t polite to simply shove a camera in someone’s face and take a shot with full flash. I now call this my Weegee phase. Later, I learned that I needed to take time to compose my shots carefully, as film and development wasn’t cheap.

As became an even more self-conscious teenager, I opted to take fewer shots of people and more shots of nature and cats. Surely everyone can relate with a landscape or a cute animal, and I didn’t need to worry about consent from my cats. I was young and still naïve to issues of consent in photography, but I’d like to think that these ideas were jangling around somewhere in the back of my head. 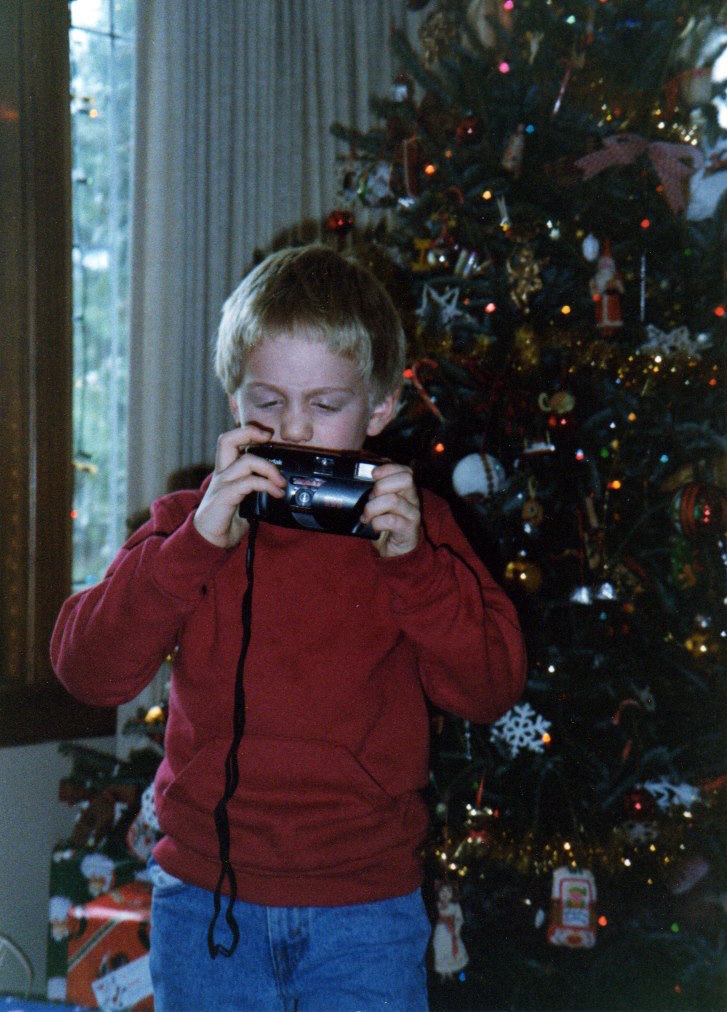 I’d always felt a bit awkward asking someone if I could take their photo. It seemed to take away the spontaneity, both for the photographer and the subject.

Later, in college, learned by watching my fellow photographer friends slip into social situations and photograph others without altering the candidness of the moment (shout out to M. Scott Brauer and Ryan Bressler). The key seemed to be that their cameras were always at the ready, and everyone around them became conditioned to accept the presence of the camera.

At this time, I was also working more on capturing what famed photojournalist Henri Cartier-Bresson coined as the “decisive moment” —  when the stars align, and the perfect shot comes into the viewfinder.

Capturing the decisive moment on film is an exercise in patience, and at this point in my journey, I had a clunky medium-format camera. Working as a barista and still with not much money to pay for lots of film and development, I thought it better to concentrate on composition.

The Problematic Democratization of Digital

Transitioning to a digital camera took me a good long time. I wasn’t willing to buy a digital SLR until there was an affordable one that could produce an image for an 8×10″ print with little loss in quality.

By 2007, when I finally entered the digital realm, digital photography had opened up the playing field to various effects. People no longer had to concentrate on getting a shot, and could just take photos willy-nilly. Poor-quality digital photos proliferated on still-nascent social media. Pretty soon, everyone was a photographer, and the grumpy old person in me saw chaos.

With my recent college years and Susan Sontag’s seminal book On Photography both fresh on my mind, I found myself headed to Indonesia to study Balinese gamelan music.

One of the key concepts in Sontag’s text is that to photograph is to collect, appropriate, distort and idealize the world. The medium lends itself to these things by abstracting our relationship with the real world.

She also wrote, “Needing to have reality confirmed and experience enhanced by photographs is an aesthetic consumerism to which everyone is now addicted.”

That was published in 1973, nearly four decades before the launch of Instagram.

One more recent encounter on photography struck me. I was speaking with a coffee roaster about using photos of coffee producers in marketing materials. I shared my concerns about including photos of these people without their consent, without their names, and without knowing if they felt comfortable.

This roaster’s perspective was different. It went something like, “the photos of these people would help to sell their coffee, and that by itself isn’t wrong.”

“Recently, photography has become almost as widely practiced an amusement as sex and dancing—which means that, like every mass art form, photography is not practiced by most people as an art. It is mainly a social rite, a defense against anxiety, and a tool of power.” — Susan Sontag from “On Photography

Setting aside the issues of consent for a moment, let’s consider why photos like these attract certain people.

Why exactly would seeing the photo of a specific producer entice someone to purchase coffee? Does the photo reflect on how close we are to the source? Is the photo proof of a company’s proximity to production? More abstractly, does one somehow feel closer to the producer upon seeing a photo like this? Are we attempting to live vicariously through these photos, much as we would be looking at luxury hotels on some curated Instagram page? 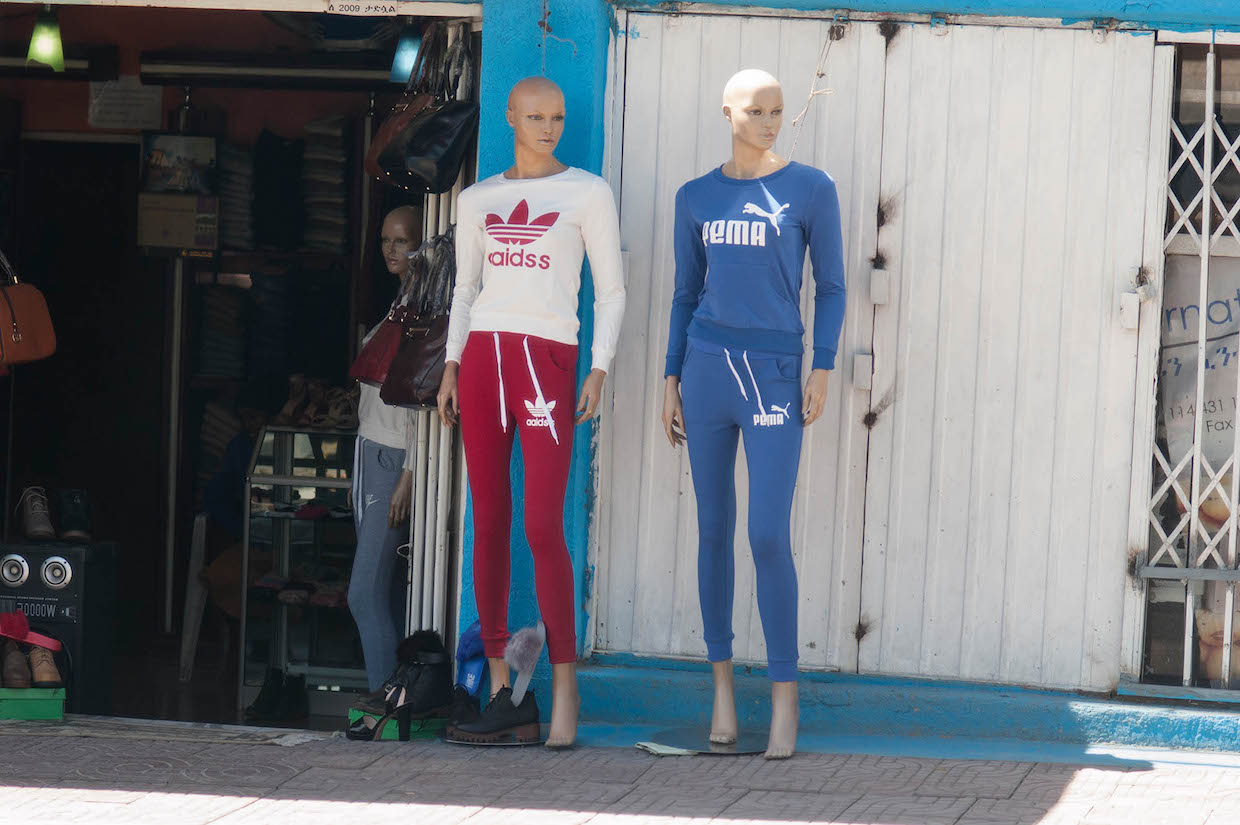 These photos sit somewhere between confirmation bias and meme culture. The roaster or consumer feels happy when they see a photo of a producer with a good cherry selection, recognize the attention to detail and manual dexterity that may go into the hand-sorting of freshly hulled coffee.

Often this results in a leap in logic through which we believe that this is the very coffee we are buying and drinking, produced by the same people in the photos.

I would argue that origin photography of producers without consent and documentation is inherently exploitative when selling coffee. It exists to confirm a one-sided and often false narrative about the “reality of coffee production.”

An exception would be if those photos are taken by the producers themselves, or someone participating in their community, for the benefit of the community.

Aside from local farm stands or markets, food production systems rarely can trace the end product back to a single person.

Origin photography narrows that production gap for the consumer, but only with the kinds of photos that confirm our narrative. It’s not often that we see photos of ports or hulking, stacked container ships used to sell coffee. 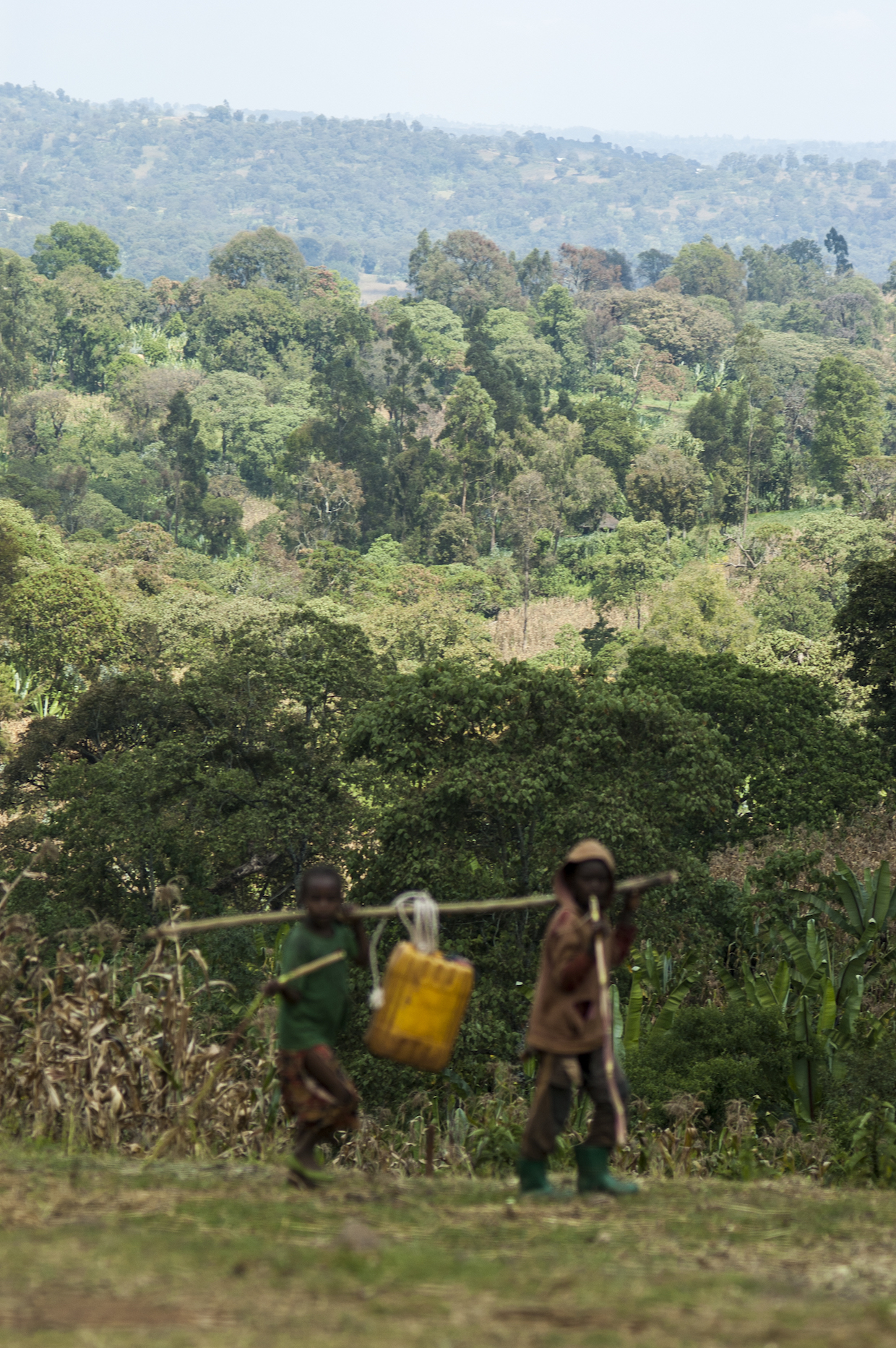 2017 photo by Evan Gilman in Ethiopia.

Lots themselves are overwhelmingly blended and mixed at various stages, although not always. We can say with confidence that some lots we procure are indeed from particular people, or at least that a particular person or family is responsible for getting that coffee to market. The Catracha Coffee Project is a great example. We can also say that we have visited these people year after year, have asked politely to take their photos, and conveyed the purpose of the photos in question.

It would be disingenuous, however, to assert that a Guatemala SHB stock lot came from one particular farmer, and we should make the distinction between types of producers very clear in this case. While there may be one producer responsible for the final milling, packaging and export of this coffee, we cannot rightly call that person a farmer. But we can refer to them as producers without qualms.

This is not intended to minimize the work of producers who alter and refine raw products for delivery. It’s more a question of credit and consent.

Before taking a photo, perhaps we need to ask subjects if if they are ok with potential notoriety, or if they want to be associated with their work in the industry at all.

I have worked alongside many excellent baristas who didn’t want to be seen as such. As much as we revere these positions in our industry, my fellow baristas and roasters were artists, musicians, and academics first in their own eyes. We would be wise to remember that this same attitude could be applied to any industry; people are not their work.

Similarly, photography is not a simple reflection of people. On war photography, Sontag famously wrote about the importance of rejecting photographed or filmed images as a depiction of reality.

“Photography implies that we know about the world if we accept it as the camera records it,” she wrote, “but this is the opposite of understanding, which starts from not accepting the world as it looks. All possibility of understanding is rooted in the ability to say no.”

Frequently on trips to origin, I have tried to broaden this experience by simply putting down the camera and participating in the moment. Not all moments need to be seen through my lens. I think of this in terms of the participatory versus the voyeuristic.

Yet what if these concepts are not mutually exclusive? What if origin photography could be both participatory and collaborative, rather than voyeuristic and exploitative? As participants in the industry, if our photography isn’t collaborative with our subjects, should we be shooting in these communities at all? 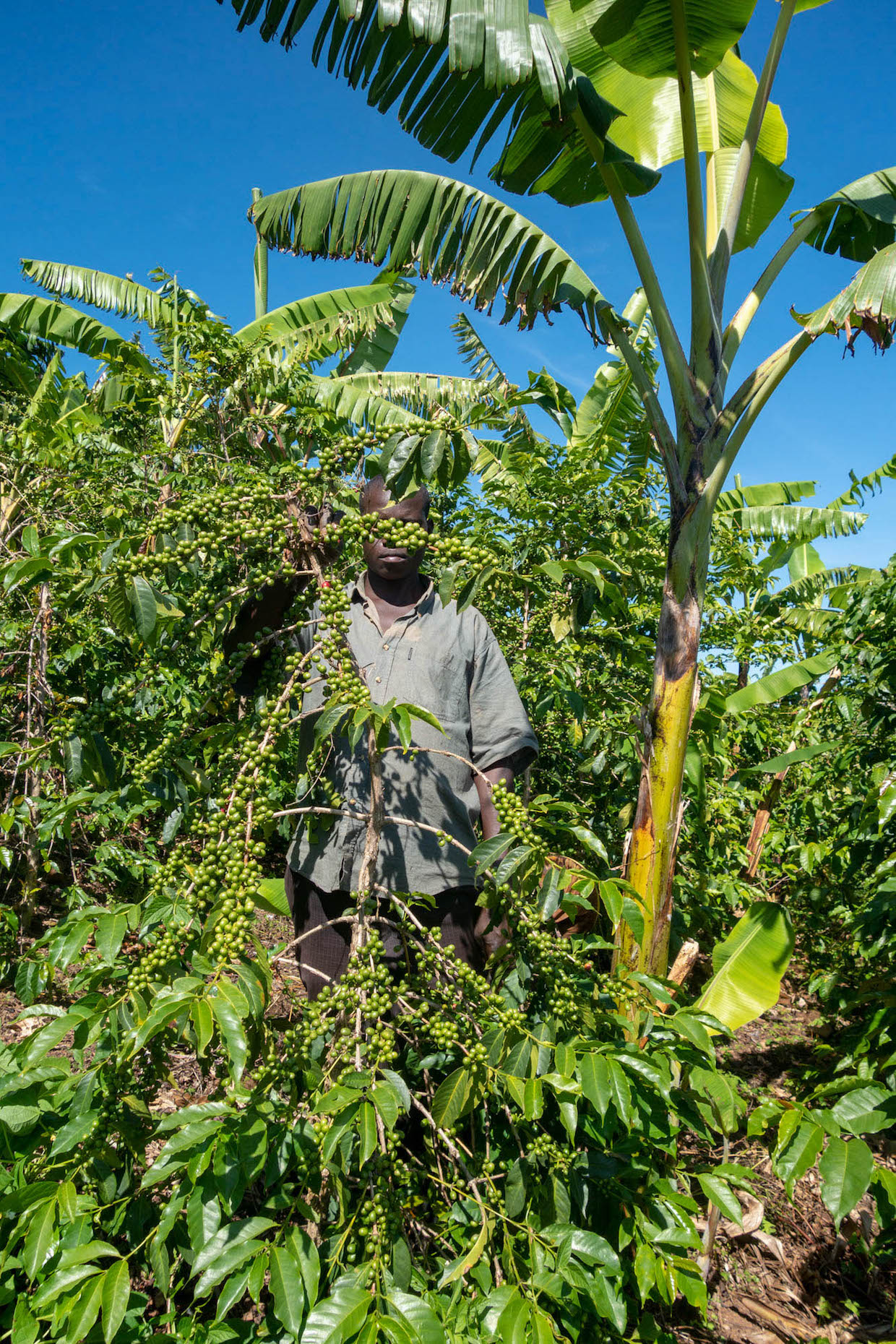 There are many excellent photographers at origin for us to build relationships with, as well. Some of the best photos we have from origin at Royal are commissions from photographers who live and work in these communities. Why not trust them, and support their local economy in this way?

When I began writing this article months ago, we had no idea that COVID-19 was coming. We weren’t listening deeply enough to the experiences of our BIPOC friends and family, and we still aren’t. We didn’t know that there would be ramifications for origin travel, or that some of our closest friends at origin would be affected so negatively in the coming months. But we are just beginning to understand the long-lasting effects this pandemic will have on our habits.

This may be the perfect time to reflect and reexamine how we relate to one another through coffee, through technology, and through the often obscured lens of photography.

Evan Gilman
Evan Gilman has been in the coffee industry for 19 years. As Creative Director at The Crown, he manages community events and outreach, and curates the Gallery at The Crown. At home, he loves making food, and his cat Garbanzo.

As a photographer hobbyist, you point out interesting perspectives.
There is the big difference between conveying truth, and “marketing”.
Yes, if you are paying for photography anyway, it makes sense to at least attempt to get local photographers in those situations where it makes sense.
At the very least, this is a good checkpoint to consider before planning/ordering photography. And, an equivalent checkpoint may be appropriate for various other aspects, as well.
Thanks for taking the time to think through this and share it. I hope it will help local communities. 🙂

Excellent article with some very important points. Will be saving it and use it as we improve our own photography and consent practices at source, and use it as a starting point for a discussion with our team.
Thanks!