It was nearly a decade ago that a message popped up on the Home-Barista.com forum titled “Artisan beta roasting software available.”

Since that time, the open-source, volunteer-supported Artisan roasting software has received countless updates and tweaks through feedback from a community of users that these days extends well into the thousands.

“Today, Artisan usage has surpassed 30,000 installations worldwide, with more than 70% of those being operated by (small) commercial operations,” Marko Luther, who has served as a volunteer project manager, marketer and developer for Artisan for much of the past decade, recently told Daily Coffee News. 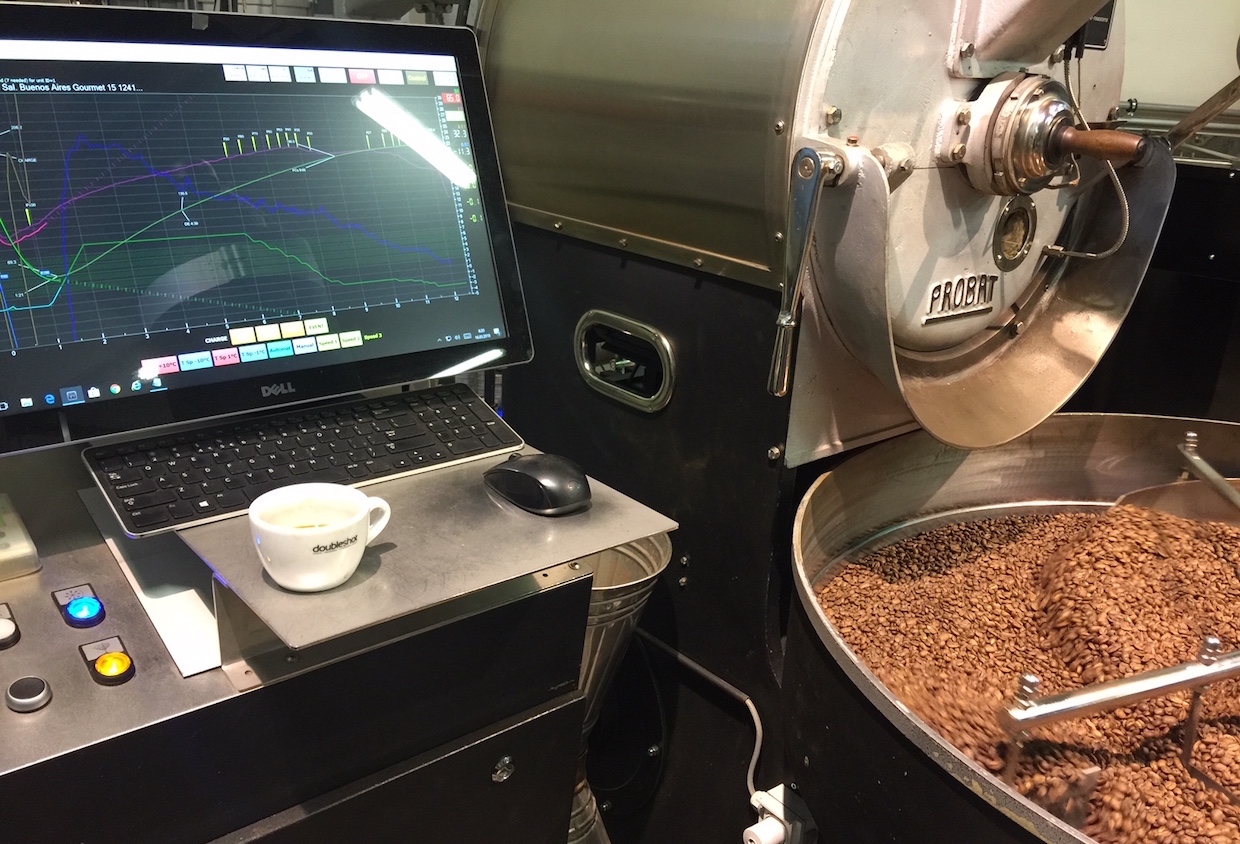 The free software can now be applied to more than 30 types of roasting machines, more than 50 associated devices including scales, in four operating systems with more than 20 languages.

As a free, open-source, intercontinentally developed package, Artisan remains relentlessly unflashy aesthetically, maintaining its DIY ethos. Yet it also remains a popular and feature-filled tool for new and experienced roasters, from home hobbyists to commercial enterprises.

Recently, the Artisan software received one of its largest updates to date, carrying the similarly understated title, Artisan 2.4. 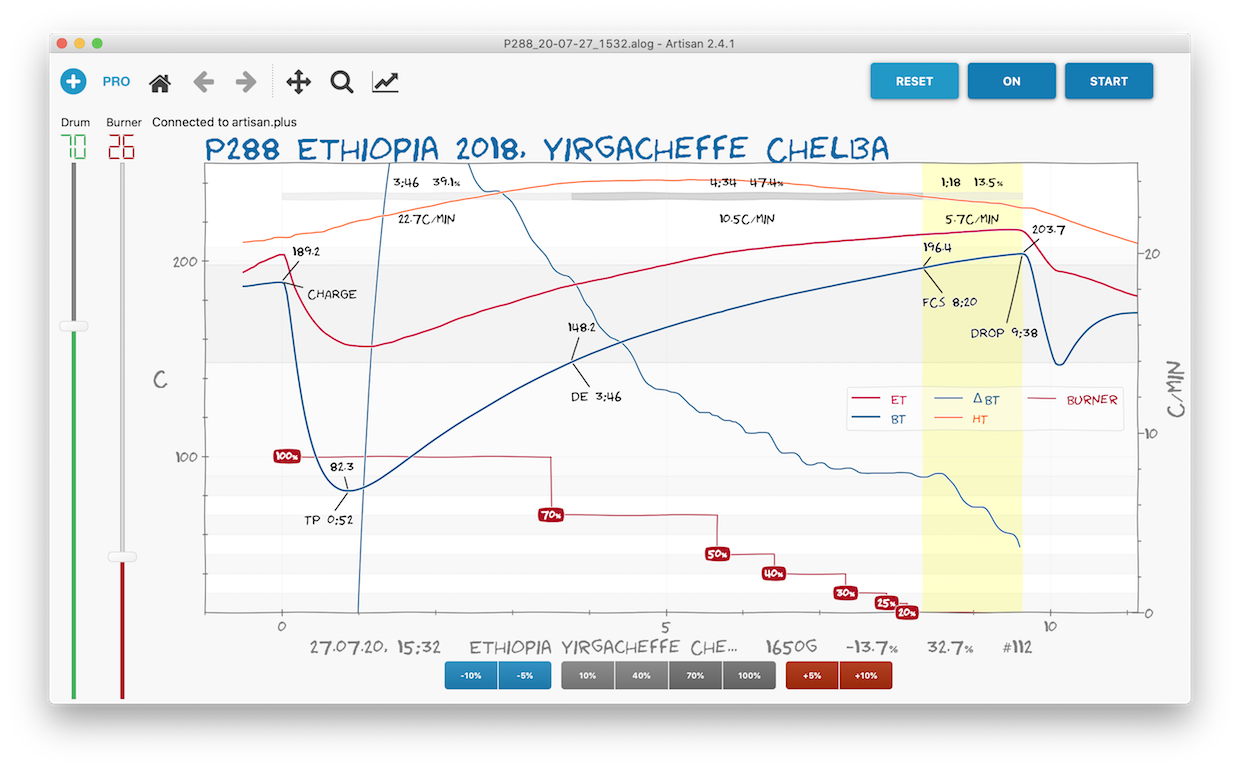 In addition to the core functions of previous versions, Artisan 2.4 now offers a new “Roast Comparator” tool, a roast simulator designed to minimize wasting of beans, and a roast profile transposer tool designed to assist in replicating roasts on different machines. The release follows last year’s introduction of Artisan Plus software for green coffee inventory management.

We recently asked Luther more about the latest Artisan package, and about the fascinating history of this experiment in open-source, user-driven development for the benefit of the coffee roasting community.

[Note: Parts of this interview have been trimmed for brevity and clarity]

DCN: When did Artisan first launch and how did it come together?

ML: In December 2009 I spotted a post by Rafael from Baltimore in a Google group and some other coffee forums where he introduced the idea for an open-source software to control his coffee roaster. He estimated a year to complete the development and named the project Artisan. I jumped on this and integrated the driver for my temperature meter that I had just developed. In 2010 we had the first roasting software ready that did also draw the rate-of-rise curves of the measured bean and environmental temperatures while roasting.

This work was inspired by a hardware solution developed by Jim Galt and Ed Bourgeois some months before, as part of the open roasting hardware Arduino/TC4.

Since Rafael dropped out of the project around 2016 as he stopped roasting, I took over just before the v1.0 release and about seven years after the original intended release-date.

DCN: Can you quantify how Artisan has grown over the years?

ML: In the first year, Artisan gained about 100 users requesting support for additional hardware and software features. Those were mostly home roasters building their own roasting machines. The software was originally distributed only by email and users needed a certain development environment installed to run it. The project quickly moved on the moment we added ready-to-run application builds and installers for Windows, macOS, Linux and Raspberry Pi around 2011… 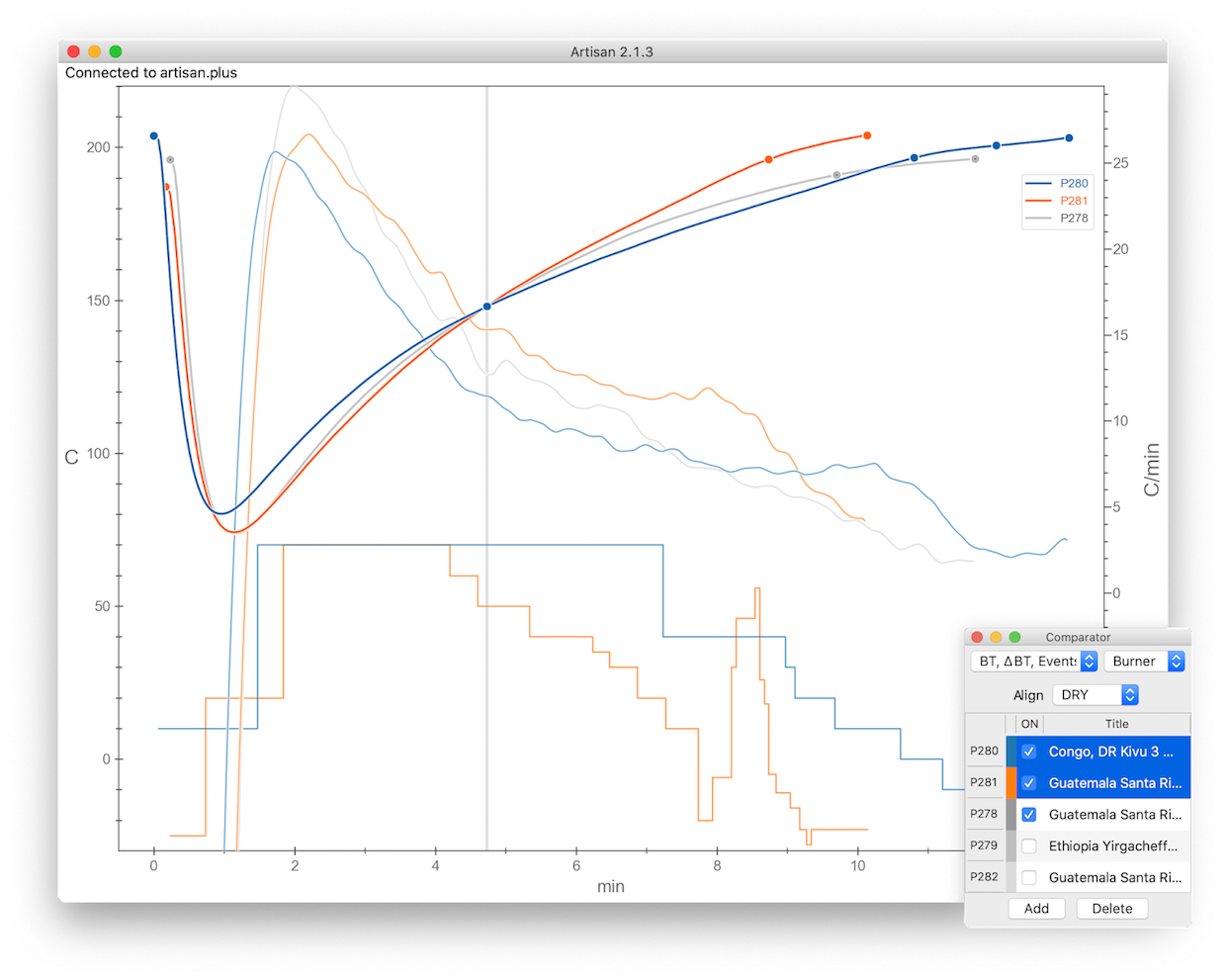 As the scope of Artisan got extremely broad and it gained users in literally every country on this planet, some [people have used] it not only for coffee roasting, but to roast other matters like chocolate, such as Potomac; to verify the temperature stability of espresso machines like Londinium; to conduct fermentation experiments; [or] especially as a tool to teach roasting classes.

The guiding theme driving the development of Artisan is experimentation and innovation hinted by discussions of the home roasting community in online forums, but also in exchange with coffee professionals such as Scott Rao and other power users.

DCN: Artisan has always seemed to be a community as much as it is simply software. How do you keep that up?

ML: Community support is actually one of my bigger problems with the recent explosive success of Artisan. I currently receive a significant number of messages per day over different channels… My strategy for now is twofold. For one, I delegate most of this communication back to the community (eg. the Artisan mailing list and teach them the difference between an open-source project and a commercial product — i.e. participation versus pure consumption.

Second, I try to better organize and extend the available online information. I started a blog with technical articles and news around Artisan in 2013, and in 2018 I added the Artisan page on Facebook and a central Web page linking together all available resources on Artisan and also hosting the Artisan manual provided by Michael [Herbert].

ITS ECXELLENT APP I HAVE EVER SEEN