Be The Bean: Take a Three-Minute Thrill Ride Through a Roastery 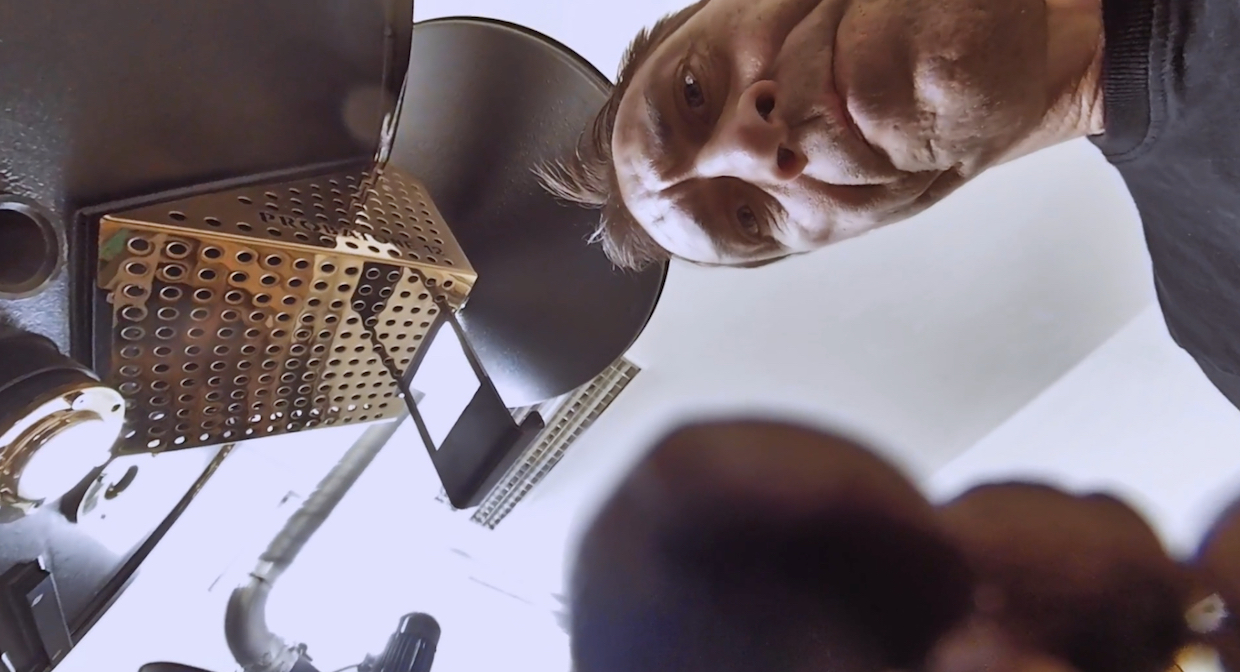 A glimpse the bean’s point of view, as captured in “Around The Roastery in Three Minutes.”

Roasters may see coffee beans at various stages of production; but what about the bean’s perspective? A short and head-spinning video released by Hungarian coffee professional Gábor Laczkó gives us more perspective than ever on what coffee experiences as it takes the transformative burlap-sack-to-cup journey.

The video called “Around The Roastery in Three Minutes” is like a roastery tour in “The Matrix.” Produced in association with Attila Zérczi and with camera drone piloting and visual effects by Andras Piroska, the video begins from an aerial point of view of the Kávékalmár roasting company’s expansive new roastery outside Budapest. The drone swoops with continuous high-definition grace into the building, down the hall, up the stairs, twirls through the air and dives straight into a mass of green coffee as it drops through the hopper into the belly of a Probat roaster.

The wild, uninterrupted ride continues inside the drum through the roasting process, complete with a peek out through the trier. The viewer then hitches a ride through grinding and brewing before flying as if on a caffeine high back out through an open window and magically into coffee fields where pickers are busy harvesting ripe cherries.

As the owner of Hungarian roasting company Kávékalmár Kft, inventor of the Smart Espresso Profiler, and an obsessive tinkerer on many coffee projects, Laczkó is no stranger to the importance of tiny details at every turn of the coffee experience. In fact, he has taken pains over the years to document as many as possible.

His three-part (so far) series of roasting-focused videos called “Roasted,” released every two years starting in 2014, provides increasingly intimate views of what happens to beans in the roasting process.

Included below is another video released about one year ago, detailing in mesmerizing high speed the start-to-finish buildout of Kávékalmár’s new roasting facility, where the latest video was also shot.