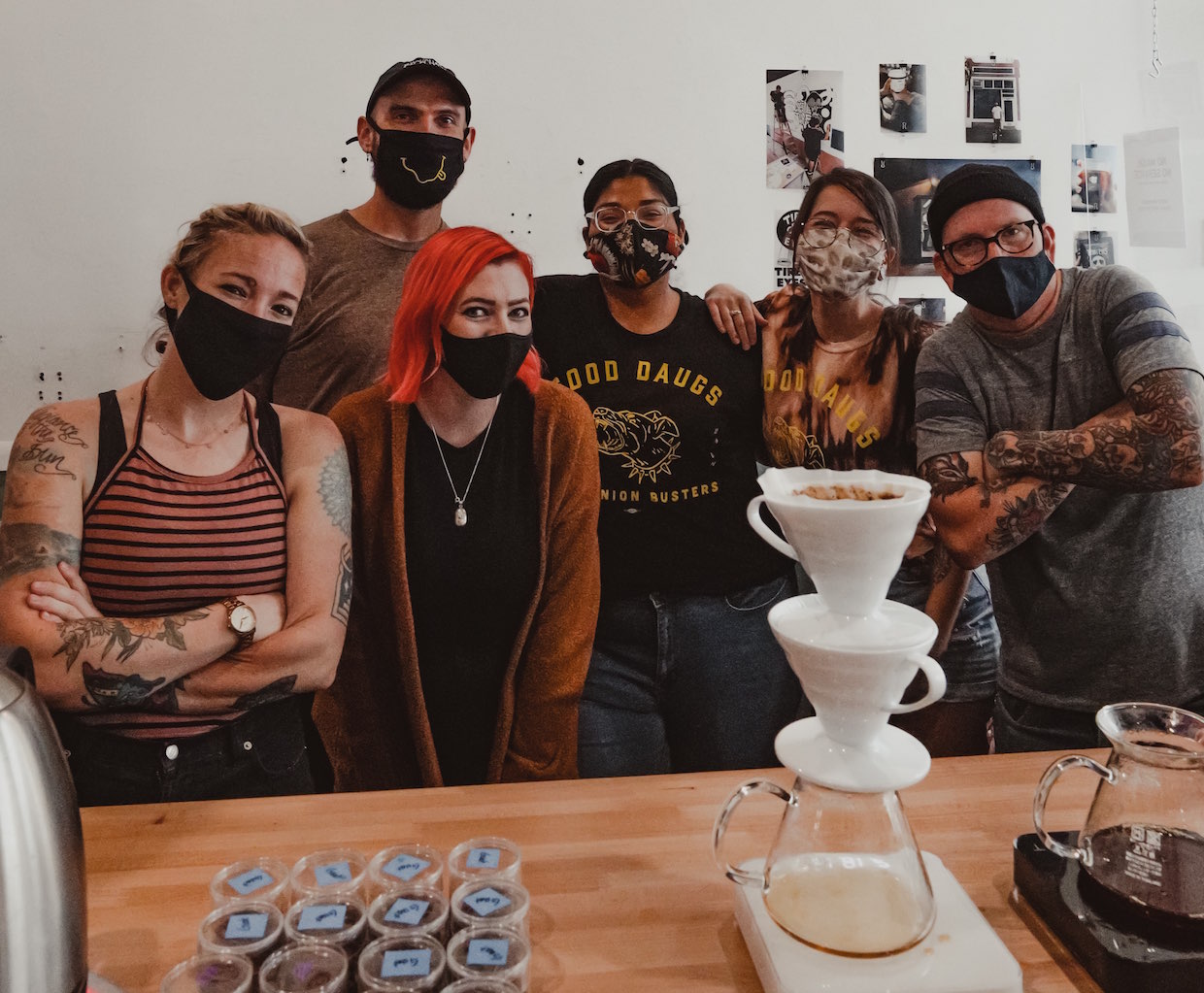 The National Labor Relations Board has issued a formal complaint against Augie’s Coffee after investigating allegations that the Southern California coffee company fired employees to quell efforts to unionize. Augie’s Coffee, meanwhile, has announced it is ceasing operations.

On July 5 of this year, nine days after a meeting between Augie’s leadership and numerous employees at a parking lot at the Redlands Augie’s warehouse location, the quality-focused roasting company closed all five of its retail cafes. In a public letter, the company said the closings were due to concerns related to the COVID-19 pandemic.

The closing resulted in the laying off of 51 Augie’s employees. The NLRB complaint contends that the decision to close was in reality in response to the unionization efforts, and was done with the “intent and foreseeable effect of chilling union activity of remaining employees.”

On July 6, a day after the layoffs, Augie’s employees gathered outside the Redlands and announced the initial filing with the NLRB, the independent government agency that responds to employee organization rights complaints.

Former Augie’s employees involved in the unionization efforts have also established the Slow Bloom Coffee Cooperative, envisioned as a 100% worker-owned coffee roasting business. A crowdfunding campaign for the cooperative wrapped up yesterday after raising just over $36,000.

Augie’s Coffee has not yet responded to DCN’s request for comment.

On Monday, Dec. 14, five days after the NLRB complaint, a letter attributed to Augie’s Owner Austin Amento on the Augie’s website said the company would no longer be accepting new online orders.

“We’ve spent over a decade serving as a hub for our community, through the lens of coffee,” the letter stated. “We’ve shared great times with a lot of you, and are forever grateful for the memories that Augie’s gave to us. As for many of you, COVID-19 has made 2020 the most difficult year we’ve faced. We’ve been irreparably damaged by this pandemic, and it’s incredibly painful to admit to you that Augie’s Coffee will not survive to see the end of this shitshow of a year.”

I find it oxymoronic that they who had worked toward unionising Augies now are forming an employee owned new business. Employee owned tentities almost never are unionised.
Now they have sicced the federal dogs of war on the failed Augies, I wonder what they really want. Sad, really. If they did not like the working conditions and terms at the former Augies, why not simply leave and find a job at a place they like? Simple enough.