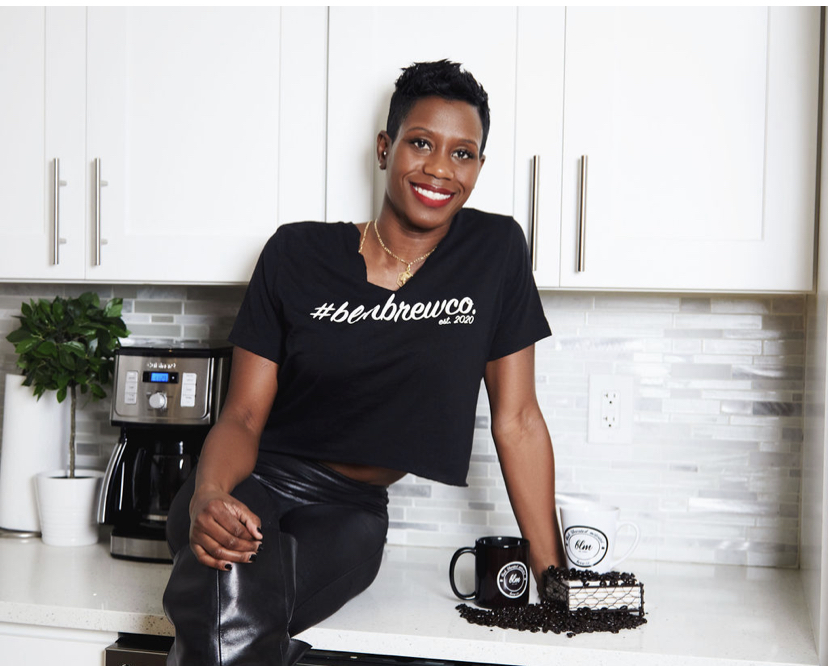 While there are regrettably few Black women’s faces in the crowd of coffee business owners, there has only ever been one in the police department of Princeton, New Jersey. It belongs to Toni Mitchell, who is now standing tall in both crowds through the launch of her e-commerce coffee business, BLM Brew Co..

“Black. Liberated. Motivated.” is the tagline of the business, which delivers a social message as strong and unfiltered as its coffee. Mitchell is running the business in between her shifts at the PPD, where she similarly intends to promote positive change.

With a bachelor’s degree from John Jay College of Criminal Justice, and the lived experience of growing up a dark-skinned Black girl in the mostly white, upper-middle-class town of Verona, New Jersey, Princeton seemed like a fitting community in which to get into police work. She knew she’d be in the vast minority as a Black woman at that department, but did not know until she started that she was actually the first.

“When I got into policing, it was always supposed to be the starting point for me to work my way through the criminal justice system,” Mitchell told Daily Coffee News. “I wanted to be a cop, and then an attorney, and then a judge, and I want to be the governor of New Jersey one day. Seeing a lot of social injustice and systemic racism within the criminal justice system as a whole, I just wanted to be the change.”

In the relatively peaceful university town, Mitchell expected to find fellow officers that shared her view that policing is less about exerting authority, writing tickets and making arrests, and more about helping people, acting as a public servant and advocating for the community. Quickly, though, she came to realize that those views were also often in the minority. 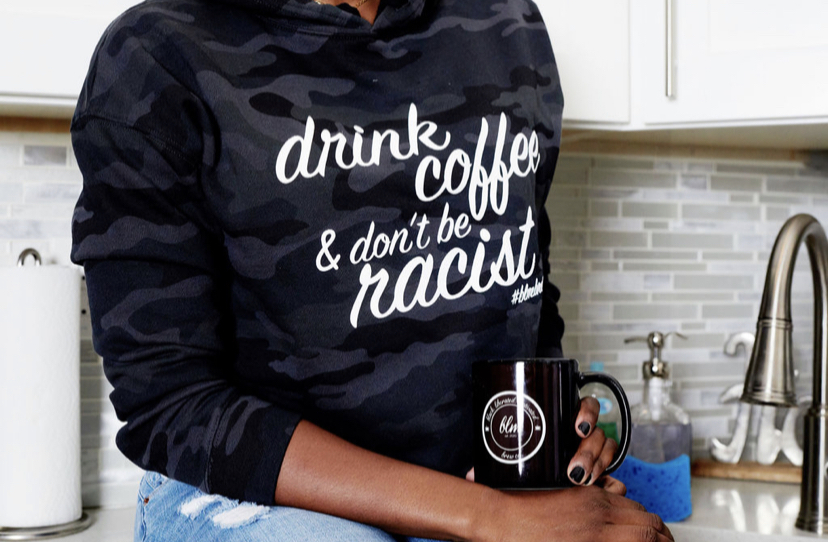 Mitchell found herself in a tough spot, and decided to express some of her political and social ambitions through a different channel altogether. Hence, the BLM Brew Co. was formed.

Said Mitchell, “I see BLM Brew as a way for me to be me — for me to advocate for people without worrying about how what I say will impact my career path or upset people.”

The company is selling freshly roasted coffees from various regions around the world alongside apparel and merchandise with straightforward messages such as “Drink Coffee & Don’t Be Racist.” The company’s e-commerce website also includes a page that candidly highlights Mitchell’s personal background as well as her perspectives on the systemic racism, police brutality and social injustice that the brand confronts.

With the goal to reach grocery and retail shelves by the end of this year, BLM Brew is in a co-packing partnership with an independent Brooklyn-based roasting company for the production of its initial line of five single-origin coffees and two blends.

Mitchell, who is also a single mother of two daughters, is donating a portion of proceeds to support programs addressing racial disparities or benefiting communities of color.

Coffee was a natural choice for Mitchell’s entrepreneurial effort given her personal appreciation for higher quality coffee formed while working long shifts, but also because coffee is another industry that is historically reflective of racial and economic injustice.

“The people picking the coffee are Black for the most part, right? It’s South America, Africa, so the people picking the beans are Black, but the majority of people selling them are caucasian,” said Mitchell. “There’s a profit margin to be made on coffee that is not going into the Black community, and I think that those profits need to go into the Black community. You need money to make change, and you know, you go into specialty coffee places and you don’t see a lot of brown people, you don’t see Black people.” 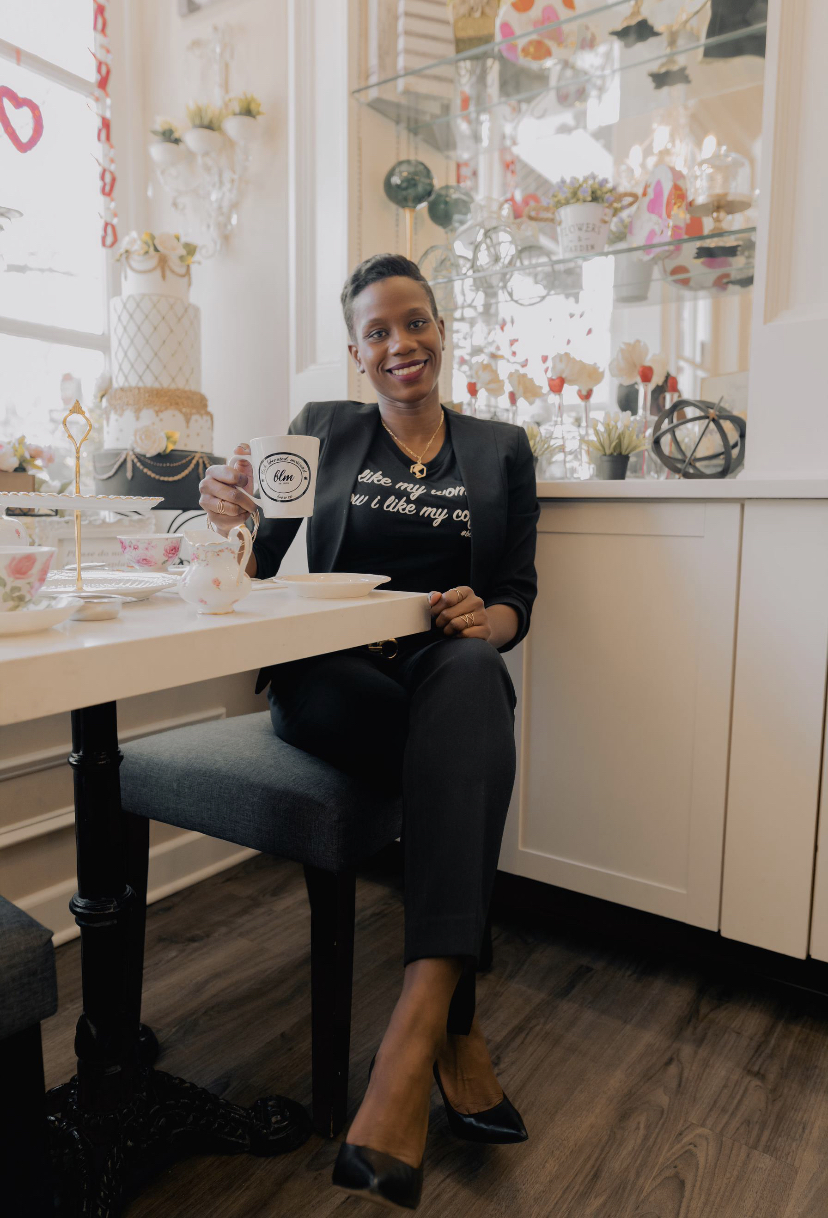 In the short time since launching BLM, Mitchell said she has had some productive meetings with higher-ups at the police department regarding inclusivity and diversity. She said she plans to continue her career on the force, while simultaneously reinforcing the broader BLM message.

“We cannot always live in a place of pain. It’s exhausting. It can be debilitating,” said Mitchell. “Even though we’re fighting, we need to take the steps to move forward… I want to get ready for that next step, and in bringing Black people up and fighting the injustice, [BLM Brew is] about celebration. I want BLM Brew to be, ‘We are black; we are proud of it; we are free from feeling the weight of the oppression that has caused so many of us not to love ourselves; and we are motivated to make change.'”

Great work, keep it up for the needed change!

I personally would not/will not purchase your brand simply because of your label “BLM”. Too close to the terrorist movement. I am entitled to my opinion.

Tina,
Stupidity is free, so indeed yes you are entitled.

Have you walked a few miles in Tina’s shoes? Have YOU sufffered any direct loss in the wake of Antifa/BLM’s activities this past year? If not, HOW canyou blow Tina off as “stupid”? Maybe you could have asked her for some specifics? I’ve personally been VERY disgusted with the whole BLM/Antifa thing. I’ve seen firsthand some of their handiwork, and know people who have been VERY adversely impacted by their conduct.

Absolutely fabulous to read about Officer Toni Mitchell’s creative and positive enterprise. Her energy is inspiring!