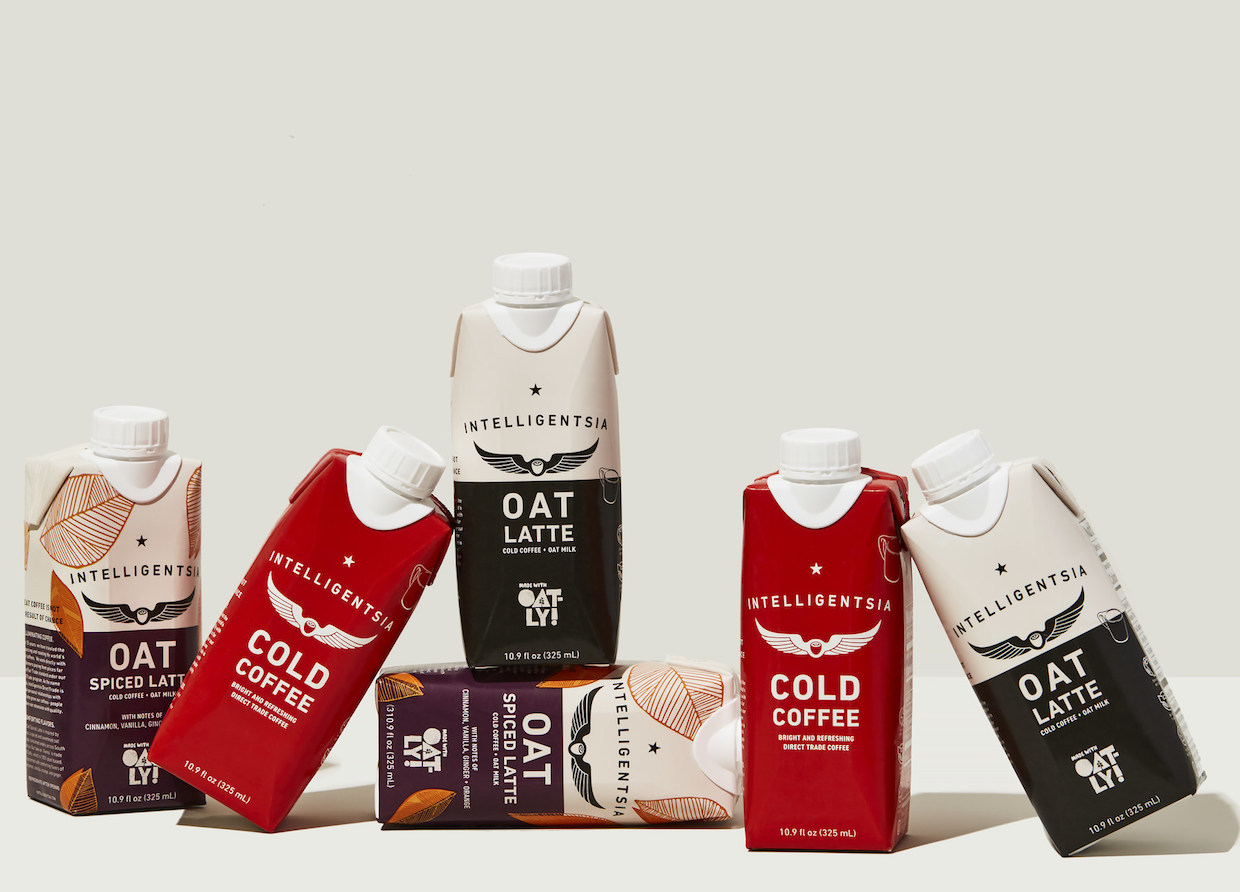 Chicago-based Intelligentsia Coffee today announced the launch of its first ready-to-drink products, reflecting growth not only in the RTD coffee category, but also in non-dairy milks and cold coffee.

The three products in the vegan and gluten-free RTD line are a flash-chilled black coffee, an oat latte and a spiced oat latte, with the latter two drinks featuring oat milk from Oatly.

While the industry-wide boom in RTD brew too often leads to the origin of coffees being obscured, Intelligentsia says the coffee blend in each of the new drink comprises coffees from the company’s trading parters at METAD in Ethiopia, along with Guatemalan coffees from Finca Santa Ana and Peruvian coffees sourced by Peru-focused Origin Coffee Lab.

“One thing we said during the process of creating our ready-to-drink beverages was that we didn’t want to put drinks on the market just to keep up with everyone else,” James McLaughlin, CEO of Intelligentsia Coffee, said in a press release today. “We wanted to enter this category with outstanding offerings that showcase Intelligentsia’s dedication to quality.” 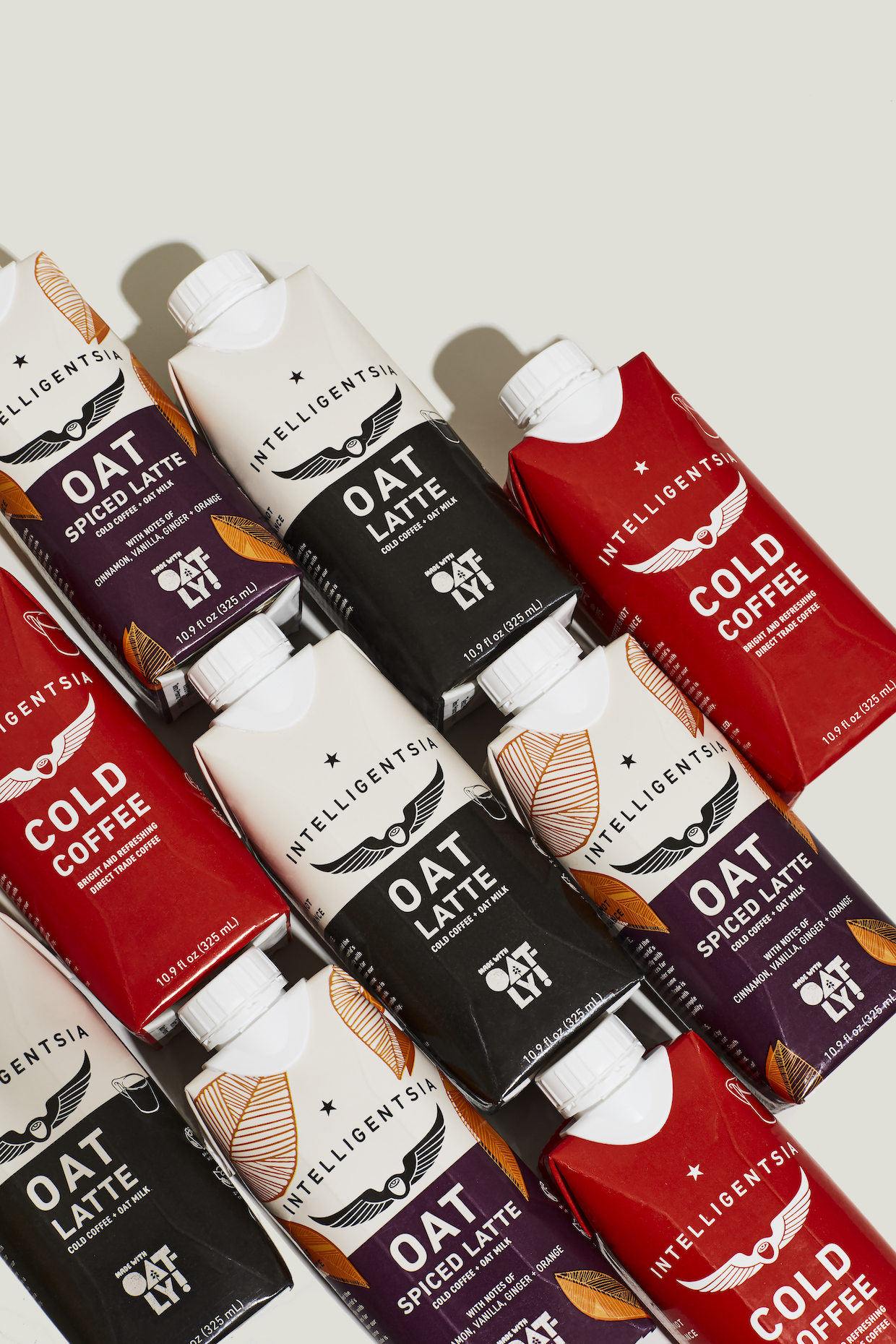 The Intelligentsia RTD cold brew line follows a period of rapid growth and innovation among its specialty coffee peers in packaged cold coffee. Stumptown Coffee Roasters first introduced its influential cold brew “stubby” bottles in 2011, opening the floodgates to the RTD cold brew geyser that ran throughout the 2010s, although the category technically extends back decades.

Intelligentsia joins numerous other players who have entered the RTD alt-milk latte category in the past two years alone, including Stumptown, La Colombe, Rise, Califia, Chameleon, Pop & Bottle, Minor Figures and many others — including Oatly itself.

Intelligentsia said its RTD offerings are a reflection of innovation and demand in the company’s coffee shops, where the 11-ounce, fully recyclable cartons are for sale for $3.99 each in the Chicago, Boston, New York and Los Angeles markets. The cartons are also available for purchase online.