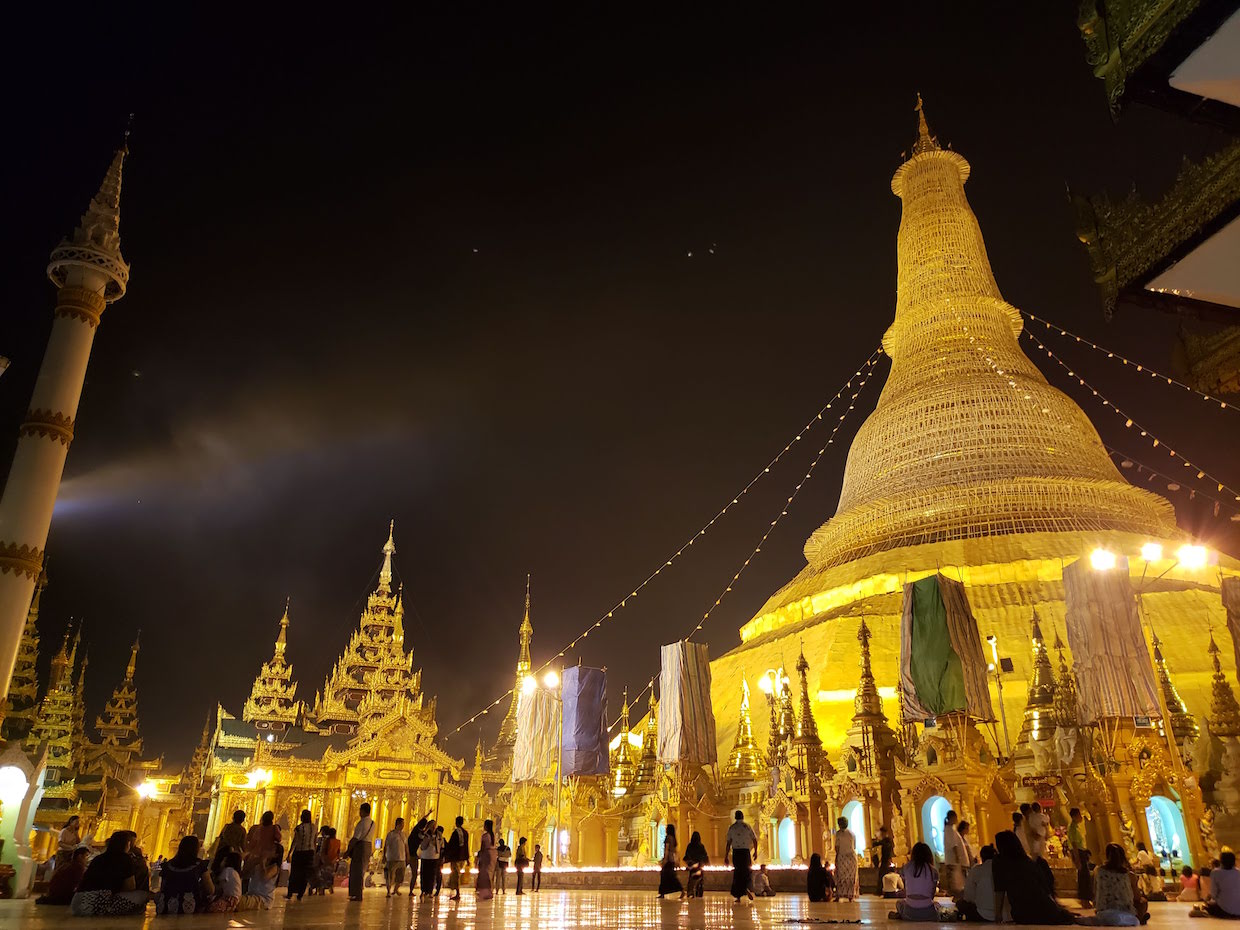 State Counsellor and de-facto leader Aung San Suu Kyi, President Win Myint, and other elected members and high-ranking officials of the National League for Democracy (NLD) — whose party had captured 83% (396 out of 476) of available parliamentary seats in the November 2020 election — were deposed and detained.

Citing electoral fraud, the Tatmadaw and its leader Min Aung Hlaing declared a one-year state of emergency, promised elections in a year’s time, and accused Aung San Suu Kyi of an obscure violation while keeping her under house arrest. On February 2, the military regime formed a military junta to rule the country, christening it the State Administrative Council (SAC).

Suu Kyi and the NLD encouraged the public to reject a return to military rule and a nationwide civil disobedience movement was born. With a three-fingered “Hunger Games” salute as its icon, civilians protested the military coup through art, wearing the NLD color red, peaceful demonstrations, social media outreach, and through massive walkouts in multiple sectors such as schools, banks and hospitals. 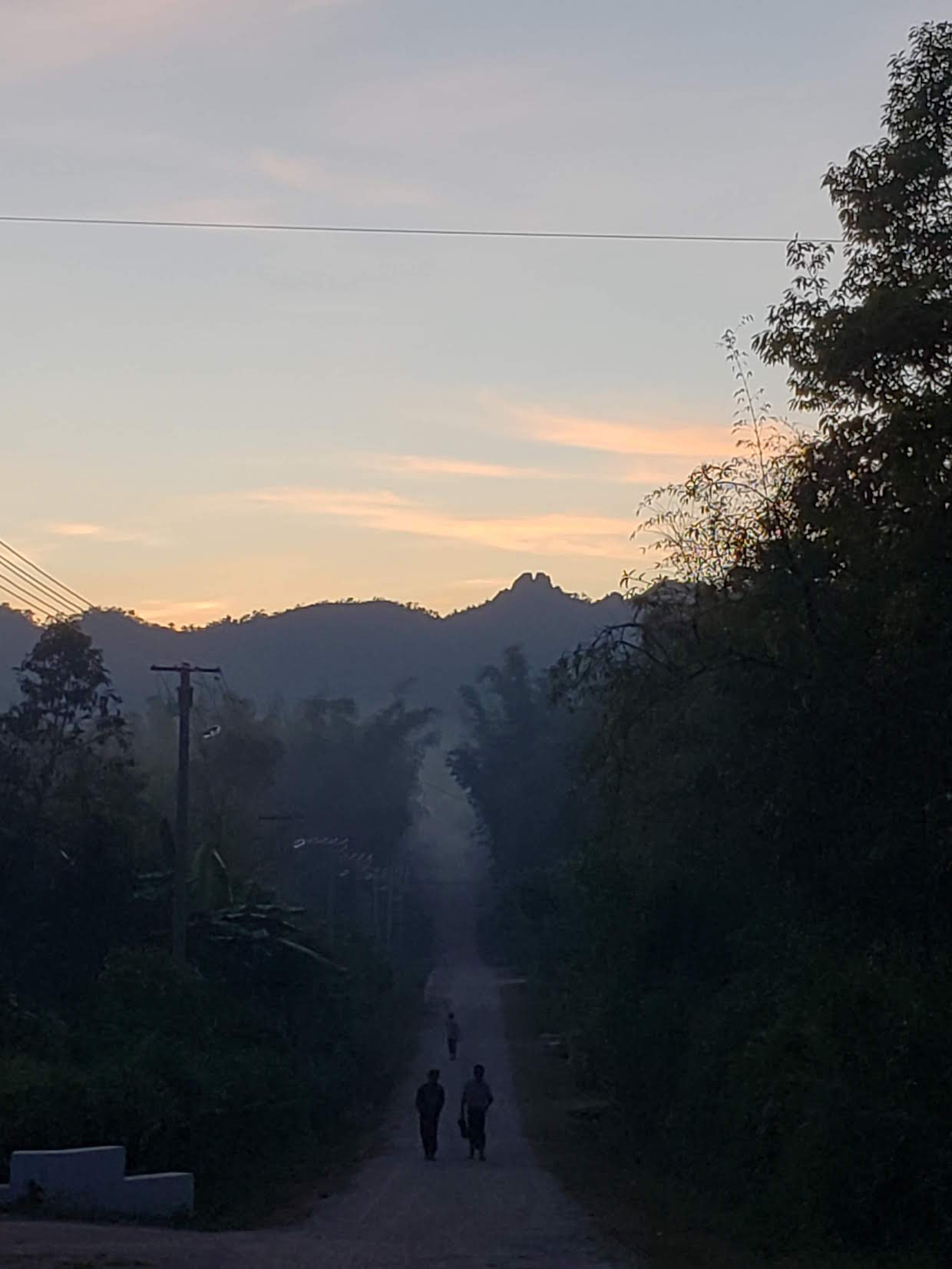 The Tatmadaw has responded with crackdowns, killing an estimated 550 civilians, including children, as of this writing. The group has instituted social media blackouts, media blackouts, internet blackouts, a nightly curfew in larger cities, arrests, and the violent use of force during protests. With each passing day, more civilians are killed as the Tatmadaw — estimated at about 300,000 to 500,000 members in a country of 54 million people — continues its reign of terror with impunity.

As the military’s takeover marches into its third month, thousands of refugees have fled west to India and east to Thailand to escape the violence. Separately, over 800,000 Muslim Rohingya — one of Myanmar’s many ethnic minority groups — refugees remain in limbo in the world’s largest refugee camp in Bangladesh after the Tatmadaw began a bloody military campaign in Rakhine state in 2017 that the UN described as a “textbook example of ethnic cleansing” with “genocidal intent.”

As actors in a global coffee industry, it is important to recognize Myanmar’s complex history and myriad ethnic minority groups, rather than focusing solely on headlines related to these military actions. Continuing to do business with smallholder farmers in Myanmar — many of whom are a part of historically persecuted ethnic minority groups — has become even more critical in recent months as the broader political situation has deteriorated.

British colonists and missionaries introduced coffee to Myanmar in the 1880s, establishing small farms around the city of Pyin Oo Lwin in the Mandalay region. Commercial production never really took off, and when British colonial rule ended in 1948, coffee was typically sold in the local market at low prices or across borders in China, Laos or Thailand through unofficial channels.

In 2014, the commercial coffee sector was struggling, and specialty coffee was nonexistent. The country’s only dry mill was a government-run mill in Pyin Oo Lwin, and the few farmers who hadn’t abandoned coffee altogether were strip-picking cherry and selling it to the local market for next to nothing.

In late 2014 a new era of coffee in Myanmar emerged through a 5-year USAID Value Chains for Rural development project implemented by Winrock International and supported by the Coffee Quality Institute (CQI) to motivate farmers away from opium poppy cultivation, improve coffee quality and processing, and provide business training and market access to smallholder farmers.

Atlas Coffee Importers (my employer) has been involved in Myanmar’s specialty coffee scene since 2014 through CQI and Atlas founder Craig Holt, and in 2016 imported the first specialty coffee containers from Myanmar to the U.S. market.

Roasters have enthusiastically embraced the coffees for their unique flavor profiles. Mandalay and Shan State produce the majority of the coffee in Myanmar. In Mandalay, most of the farmers own large estates, and primarily produce washed coffees as well as natural- and honey-process lots. Shan State producers are almost exclusively smallholders who typically own less than a hectare of land and produce natural-process and coffees. 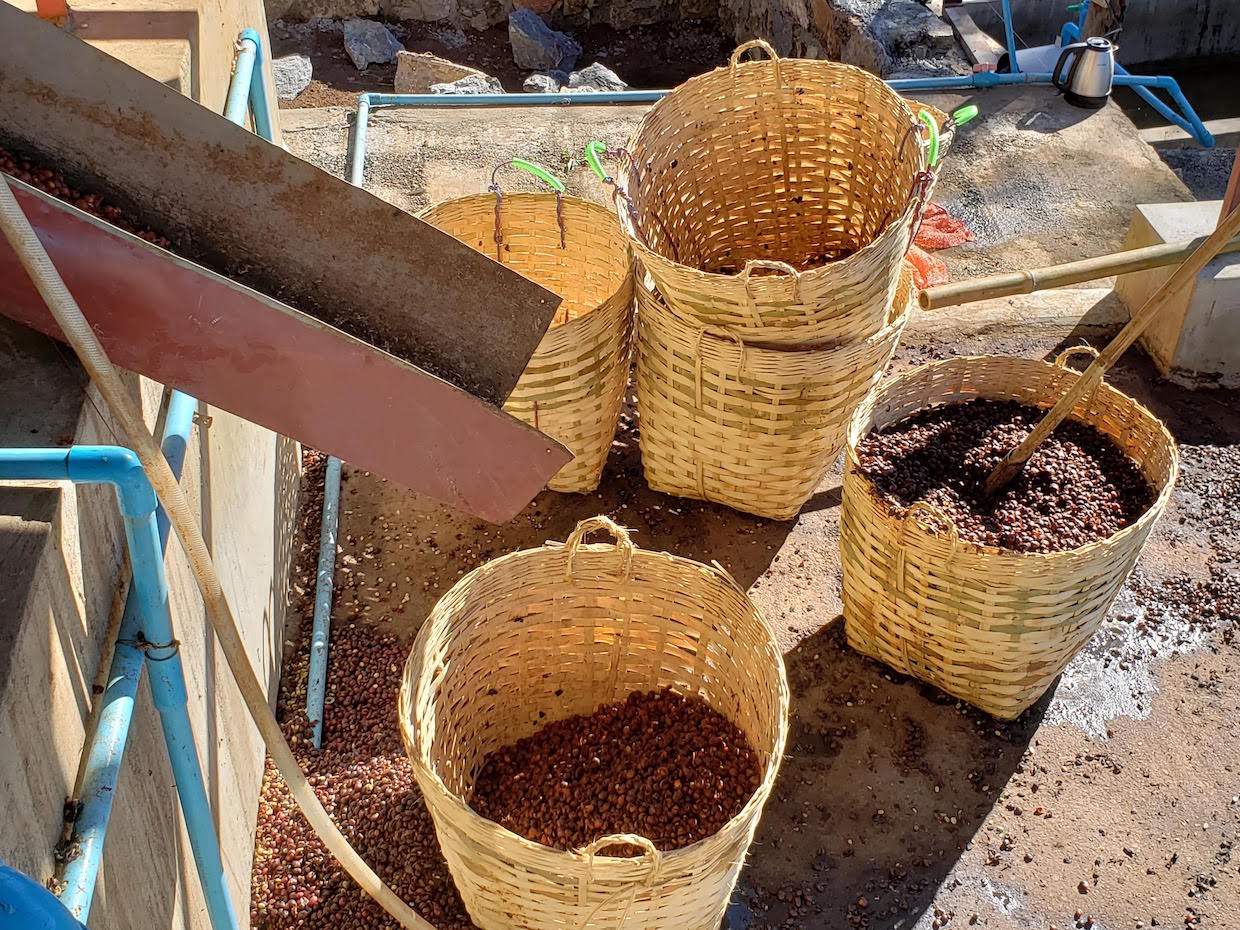 The Myanmar Coffee Association (MCA), founded in late 2014, has hosted a yearly coffee competition in Yangon since 2015, with the winning lots reaching the upper 80s. Specialty coffee production can be found in many regions across the country — Shan State, Mandalay, Chin State, Kachin State, among others — and there are at least five dry mills throughout the country. In 2019, annual total coffee production was estimated at 3,500 to 4,000 metric tons, or around 200 containers, with 400-500 metric tons being exported to the U.S., Canada, UK, France, Singapore, Australia, Russia, and elsewhere.

Despite reductions in demand in 2020 due to the COVID-19 pandemic, 2021 was poised to be a big year for Myanmar’s specialty coffee producers, with larger buyers taking notice of the unique story and cup profile.

In December 2020 and January 2021 I had been in regular communication with several producer groups as we confirmed contracts and shipping schedules for the year. Some groups were having their largest harvest on record and others were struggling with production due to a drought. Yet all were enthusiastically coordinating early-season samples and looking forward to economic stability after nearly a year of COVID-19, which had increased income-based poverty from 16% to 63% between January 2020 to September 2020, according to a study from the International Food Policy Research Institute (IFPRI).

Then the coup hit, bringing with it widespread fear of the future, concern for physical safety, and uncertainty for Myanmar’s future as a whole. For coffee producers who were in the middle of their harvest — which runs from late December/early January to the end of March — the pressing concern became whether or not they would still be able to generate income through coffee. 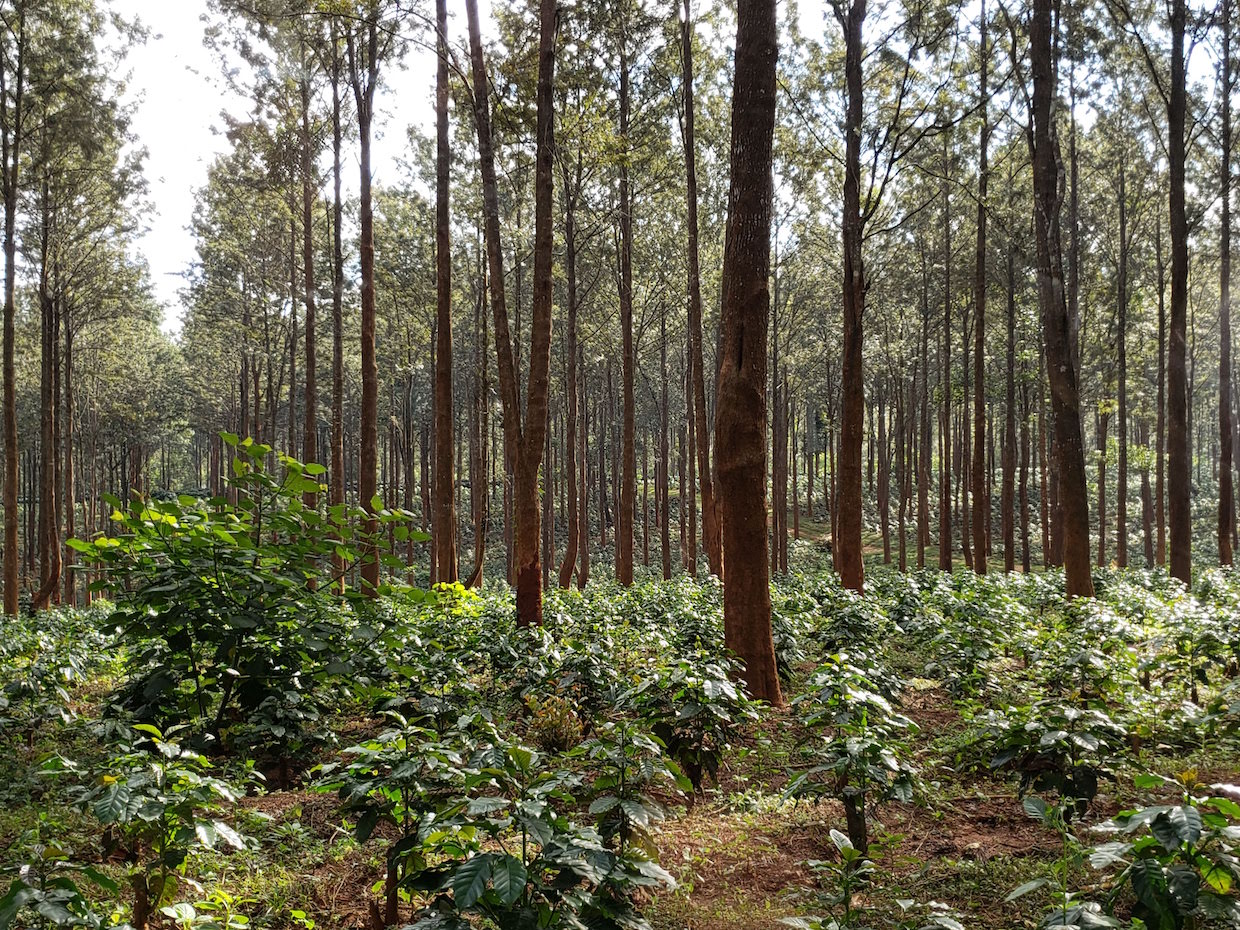 Widespread bank closings due to the civil disobedience movement made access to finance difficult. Some farmers understandably sold their coffee cherries to the local market in order to access cash quickly. Roadblocks went up, and the Tatmadaw imposed daily internet blackouts. I was still able to communicate via email and WhatsApp with our partners while navigating the changing blackout times. DHL in Yangon — the primary means to send samples — is closed through April 20, forcing many of the groups to use alternative routes to ship samples.

In addition to economic uncertainty, producers have shared with me and my colleagues feelings of deep sadness and fear, with many not leaving the house at night or avoiding public transportation. Blackouts and media crackdowns have further caused emotional, political and technical isolation.

Through it all, cherries keep ripening and producers keep processing coffee, not knowing whether their efforts will pay dividends, 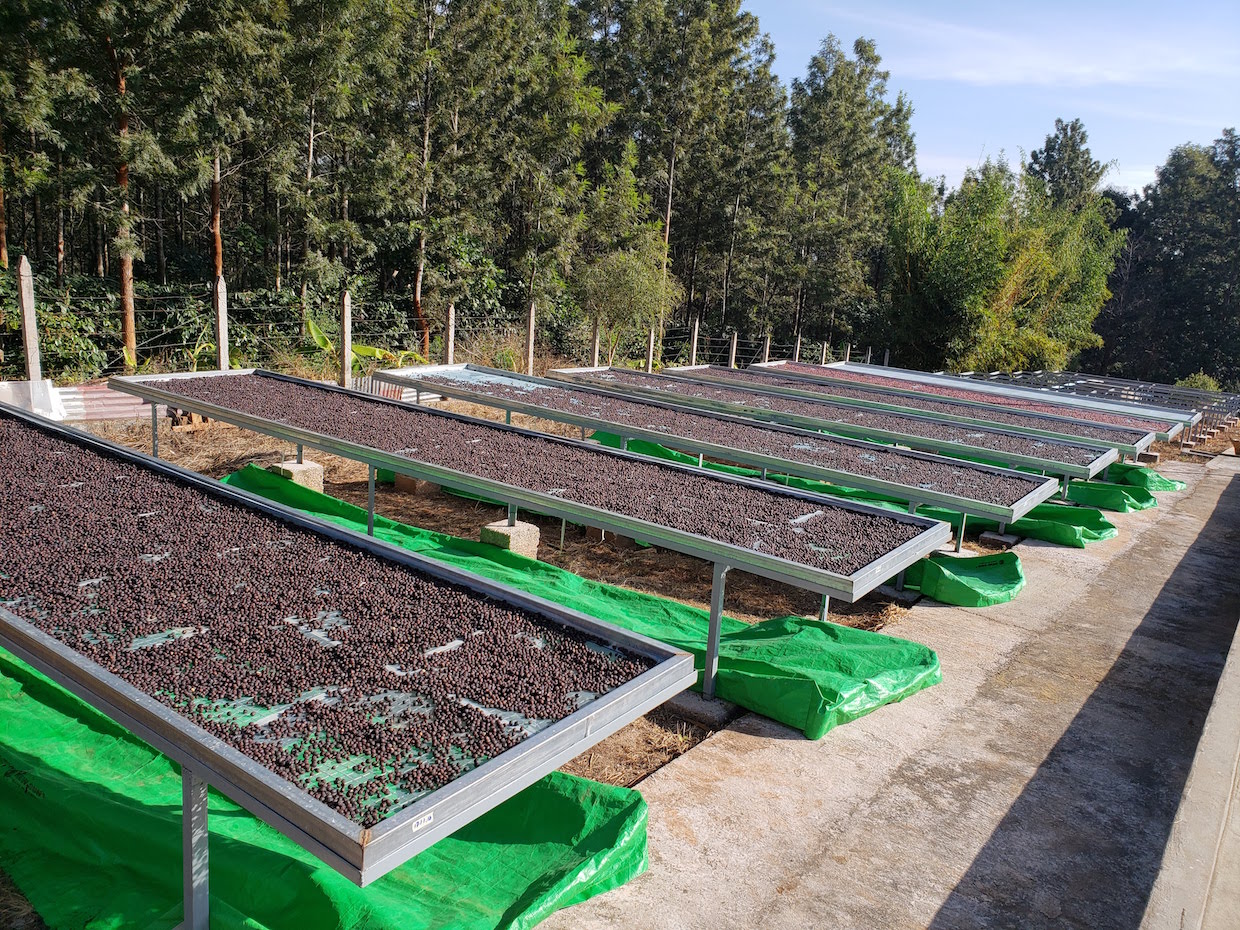 The announcement was a largely symbolic gesture — Myanmar is not a big U.S trade partner — and two-way trade with Myanmar is still allowed and with no current restrictions on U.S. imports from Myanmar. However, the USTR is also likely to reassess Myanmar’s eligibility for the Generalized System of Preferences (GSP) program, which allows for tariff-free access to the U.S. market for certain goods. With generally low yields and a higher cost of production, coffee producers in Myanmar already struggle to compete with price on the international market; additional tariffs could have catastrophic effects on demand.

On March 31, my colleagues and I arranged a call between five different producer groups and our roasters — a tiny technological miracle. I ended the call with a sense of hope about the strength of relationships and the viability of exports for the year, reminding myself that coffee usually finds a way because people usually find a way. The next morning I received an urgent WhatsApp from one of the producers with the news that the SAC “ordered internet service providers to shut down wireless broadband providers until further notice. They are keeping Myanmar in darkness & away from the world by cutting all telecommunications channels. WE NEED YOUR HELP. #WhatsHappeningInMyanmar #Apr1Coup.”

Since then I have only been able to communicate with one associate in Myanmar via WhatsApp. Producers who live in regions with a complete internet blackout are using cell phone calls to communicate amongst each other as they continue to process coffee. Witnessing the Tatmadaw ramp up its efforts to snuff out all communications in order to retain total control is devastating. An expert from the think tank the Lowy Institute shared that Myanmar is on the brink of being a “failed state” and that the international community needs to step up its to bring stability to Myanmar.

Where Do We Go From Here?

The outcomes don’t look good. China and Singapore, major trade partners with Myanmar — Singapore was the largest foreign investor in Myanmar last year, followed by Hong Kong — are unlikely to sanction Myanmar’s military personnel or trade in a way that would induce a return to a democratically elected government.

While it’s important for the U.S. and other international governments to publicly condemn Myanmar’s military, suspending a trade agreement is — as my husband and I tried to explain to our 4 -and 7-year-old over the dinner table — like a distant relative you barely see saying, “If you don’t behave, you won’t get dessert at my house.” 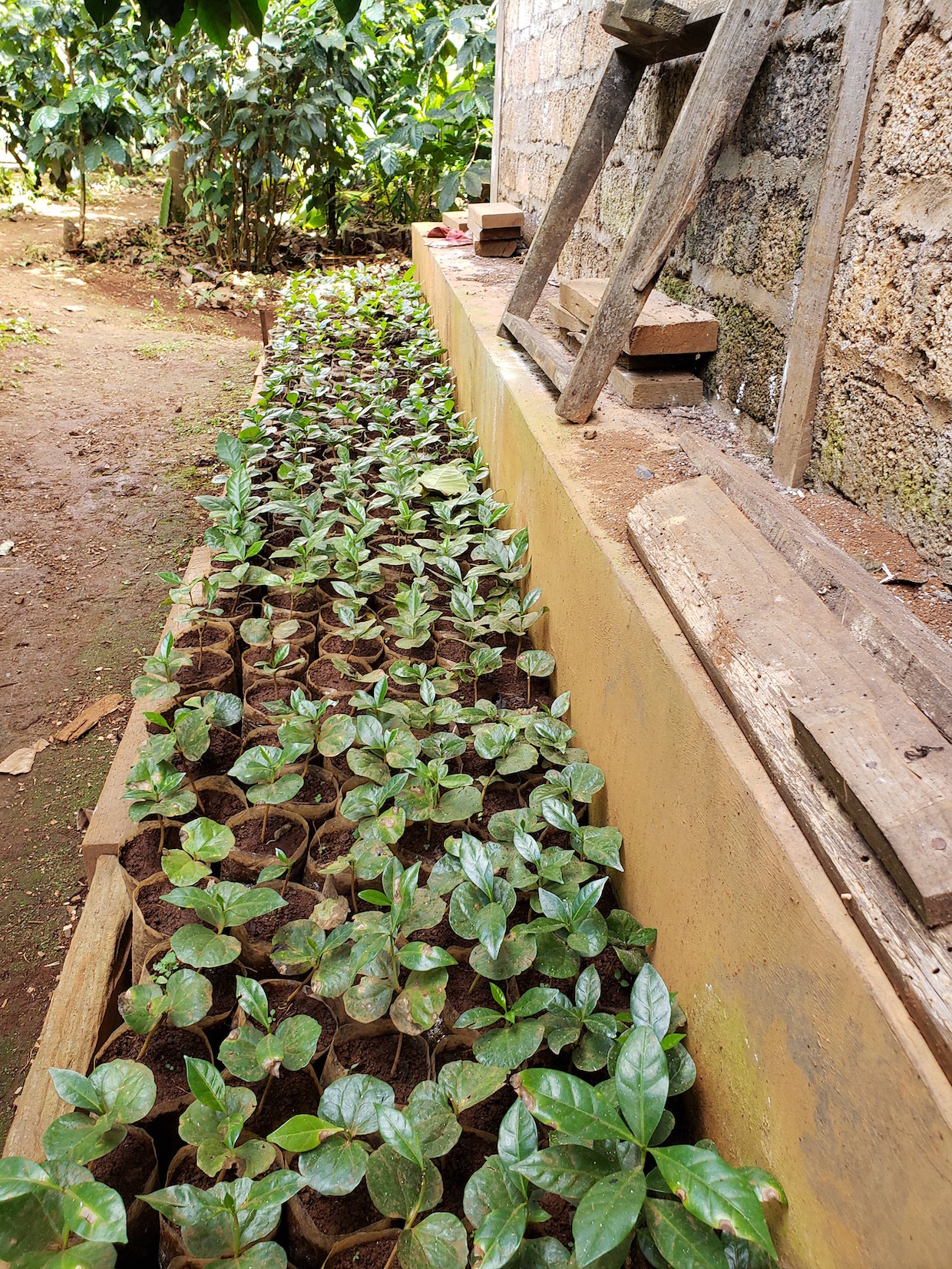 We cannot force countries and companies who bankroll the Myanmar military to threaten “no dessert” for continued bad behavior. Appealing to the Tatmadaw on the basis of humanity is futile as they see themselves as the guardians of a country and its way of life, and are socially isolated from civilian life, with their own schools, internet, banks and hospitals.

We can, however, act through continuing to pressure our elected officials. Meanwhile, coffee producers in Myanmar continue to process coffee and prepare it for export, hopeful that their country’s return to democracy — however fragile — is on the horizon.

We must do what we can do help our friends and partners in Myanmar. They have asked our community for help, and we must respond.

Please consider taking five minutes to write your elected officials by going to https://democracyformyanmar.org/. There’s a look-up tool by address (if you are in Australia, Canada, Germany, Norway, Sweden, the UK, and the U.S.) and a message to copy/paste to your officials.