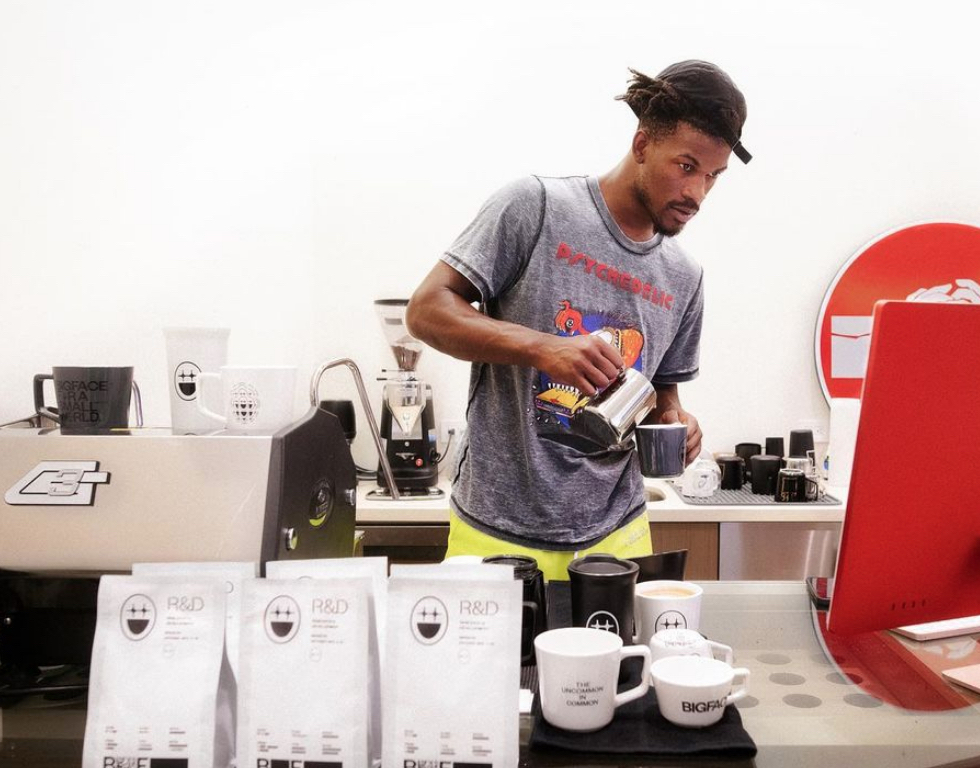 From humble beginnings as an unlicensed operation selling $20 any size coffee drinks inside a hotel bubble at Disney World in Orlando, Jimmy Butler’s Big Face Coffee is now smiling upon the specialty coffee world.

COE organizer the Alliance for Coffee Excellence (ACE) and the Salvadoran ministry of agriculture have confirmed that Butler’s Big Face Coffee offered a winning bid of $70 per pound of green coffee for a semi-washed Pacamara variety coffee produced by Ever Leonel Diaz Perez of the Mileydi farm in El Salvador’s northern Metapán region.

The coffee scored a remarkable 91.68, according to the final results from the prestigious coffee competition’s international jury.

“It’s awesome to see a professional athlete take coffee to a next level business — as we’ve seen with wine, for example,” ACE Managing Director of Marketing and Memberships Anna Abatzoglou told DCN via email. “Our goal is to reward and recognize coffee excellence for producers and we have no doubt that Big Face will help grow appreciation and connection for this life-changing coffee.”

DCN’s attempts to reach Butler and Big Face Coffee were not immediately successful.

Registered in the auction as BIGFACE, the company also offered winning bids of $55.90 and $52.20 for two respective halves of the third-highest-scoring lot, a washed Gesha variety produced at the Santa Elena farm in the Department of Santa Ana in northwest El Salvador.

The Big Face bids contributed to a highly successful El Salvador Cup of Excellence auction, through which 24 winning lots of 87+ coffees earned an average of more than $22 per pound. By comparison, the contract price for arabica coffees on the commodities market was $1.83 per pound, as of this writing.

In total, Big Face committed to purchasing more than 1,000 pounds of coffee, signaling not only commercial intentions for the brand, but a commitment to quality of the highest levels.

The Cup of Excellence competition carries a reputation of offering only thoroughly vetted high-quality coffees in order to celebrate and support the producers of those coffees.

Prices at COE auctions, which take place annually in about a dozen coffee-producing countries, tend to be exponentially higher than local market prices. Coffee roasters who are able to secure COE-winning coffees often package and market them as ultra-premium offerings.

Neither Butler nor Big Face have publicly announced their intentions for the brand or any roasted coffee products. Butler famously created a coffee menu on a whiteboard outside his hotel room during the NBA playoffs last August. By last September, Butler was spotted sporting Big Face Coffee merch.

That same month, Butler filed multiple trademarks with the United States Patent and Trademark Office (USPTO), including at least one for a logo with the words “Big Face Coffee No I.O.U.’s,” and one for the name “Big Face Coffee.”

In January of this year, Butler filed another trademark for a Big Face Coffee logo showing a drawing of a mug pouring out coffee that pools up to form a smiley face.

And how much did the producer ended up getting in tge end??