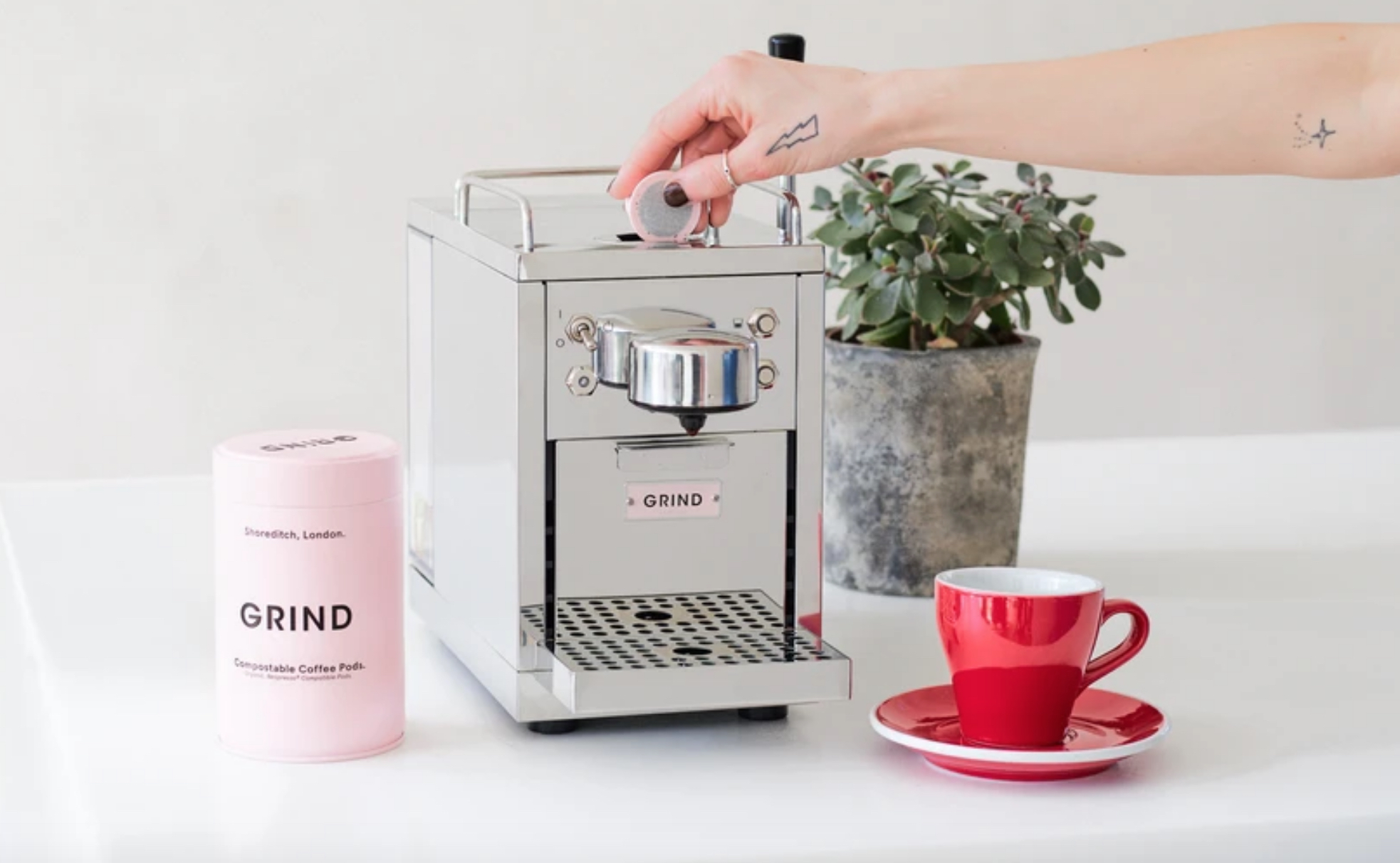 The message of “Sex, Coffee and Rock & Roll” as previously found on the marquee above the original Grind location in Shoreditch has been replaced by softer pink branding and the company tagline “Great Coffee, At Home.” Grind press photo.

10-Year-old London, England-based coffee company Grind says it has raised £22m (approximately US$30 million, as of this writing) through a new funding round.

The company, founded by David Abrahamovitch and Kaz James in Shoreditch, in East London in 2011, said the investment will be used in part to fuel an “ambitious international expansion drive, specifically to the [United States].”

The investment was led by British entrepreneur and investor Richard Koch. It follows two previous rounds of equity-based crowdfunding for Grind, completed in 2017 and 2019.

Grind currently operates seven London retail locations, ranging from coffee bars to full-service restaurants. Yet the investment comes following what Grind described as a period of “explosive at-home growth” during the COVID-19 pandemic.

The company established its direct-to-consumer online retail business in 2019, including launching single-use pods for Nespresso machines. Earlier this year, the company christened a 15,000-square-foot coffee production facility in Bermondsey, in South London.

Grind has also established a supply relationship with the membership-based hospitality brand Soho House, which operates short-term rental properties (which it calles Members Clubs) in markets in the UK, Europe, North America and Asia.

“It’s amazing to reflect on how the little coffee shop we opened a decade ago has evolved into such a recognizable brand, enjoyed by our customers around the world,” Abramovitch said in an announcement of the funding round. “Richard and his team share our vision to build Grind into the world’s leading premium at-home coffee brand. We can’t wait to start investing further into the business here and abroad. I can’t wait to see where we’ll be in another decade.”