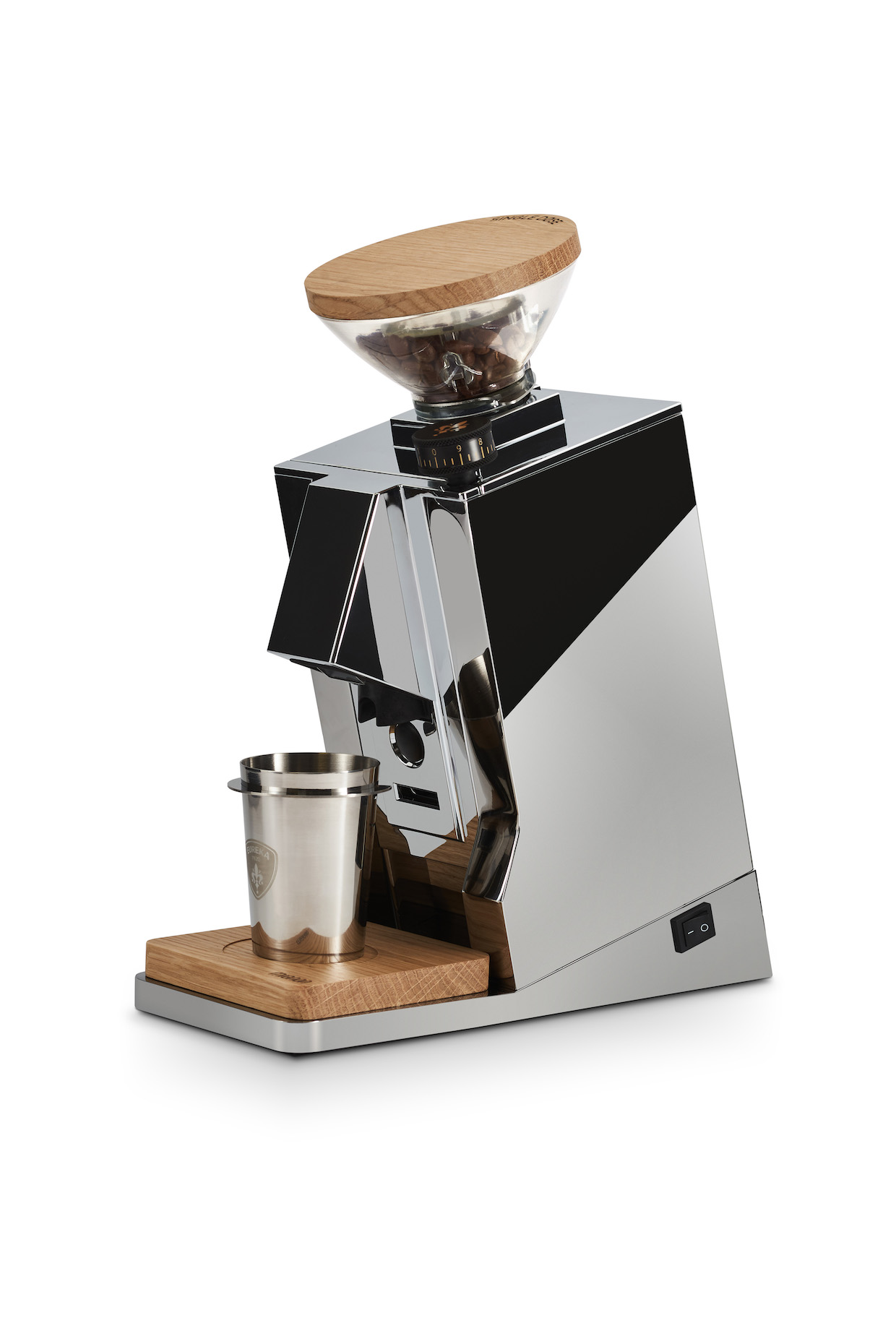 The Mignon Single Dose is part of Eureka’s 100th anniversary Oro brand of “next generation” machines. It is similar in appearance to existing machines in the Mignon line, with the most notable exception being the wedge-shaped base that inclines the machine by 15 degrees.

The result is a more upright orientation of the 65-millimeter flat burrs and the path for grinds to exit down the chute. 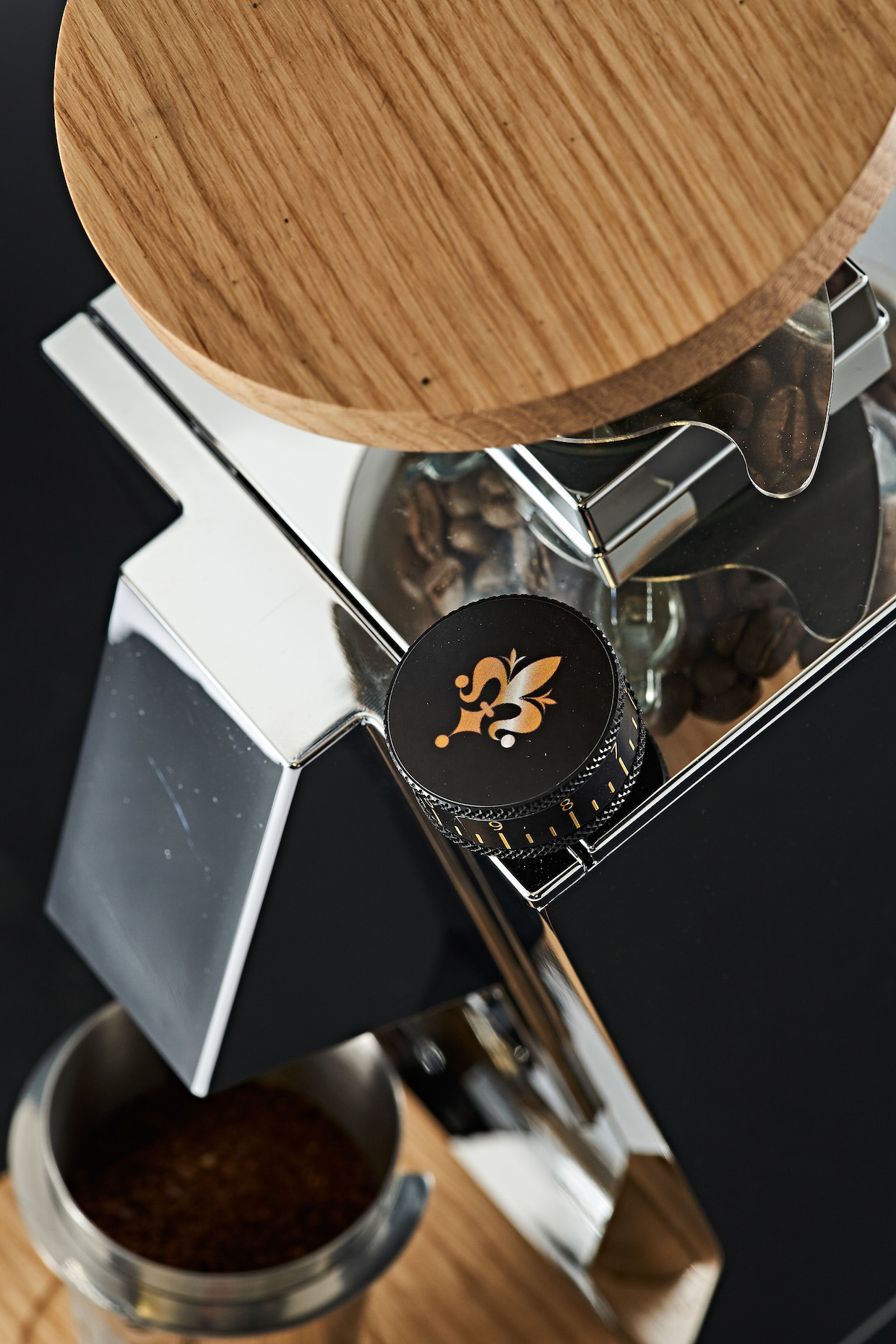 The machine also includes a 45-gram-capacity single dose hopper with a branded wooden lid, as well as the company’s Blow Up bellows attachment for blowing residual particles out of the chamber. These and other internal design tweaks result in a total retention of less than 0.8 grams, and an exchange retention below 0.3 grams, according to the company.

“Single-dose grinding has been experiencing a significant growth in the last few years,” Mattia Sgreccia, marketing and sales manager for Eureka Oro, told Daily Coffee News. “At its origin a few years ago, this segment represented a very small niche. Nowadays, although it can still be defined as a niche, it is literally a fast-growing one as well as one of the most interesting trends within the whole coffee sector.”

Sgreccia said the grinder responds to demand in both high-end home and commercial settings for single-dose solutions that can minimize cross-contamination of coffees and their flavors.

“Mignon Single Dose responds exactly to these needs by providing flexibility and the privilege to be free to switch coffee whenever you want,” said Sgreccia. “Another driver is definitively the trend, more and more widespread, to test special coffee blends and single-origin coffees that are usually very expensive, so the baristas require a grinder which is able to not waste their coffee.” 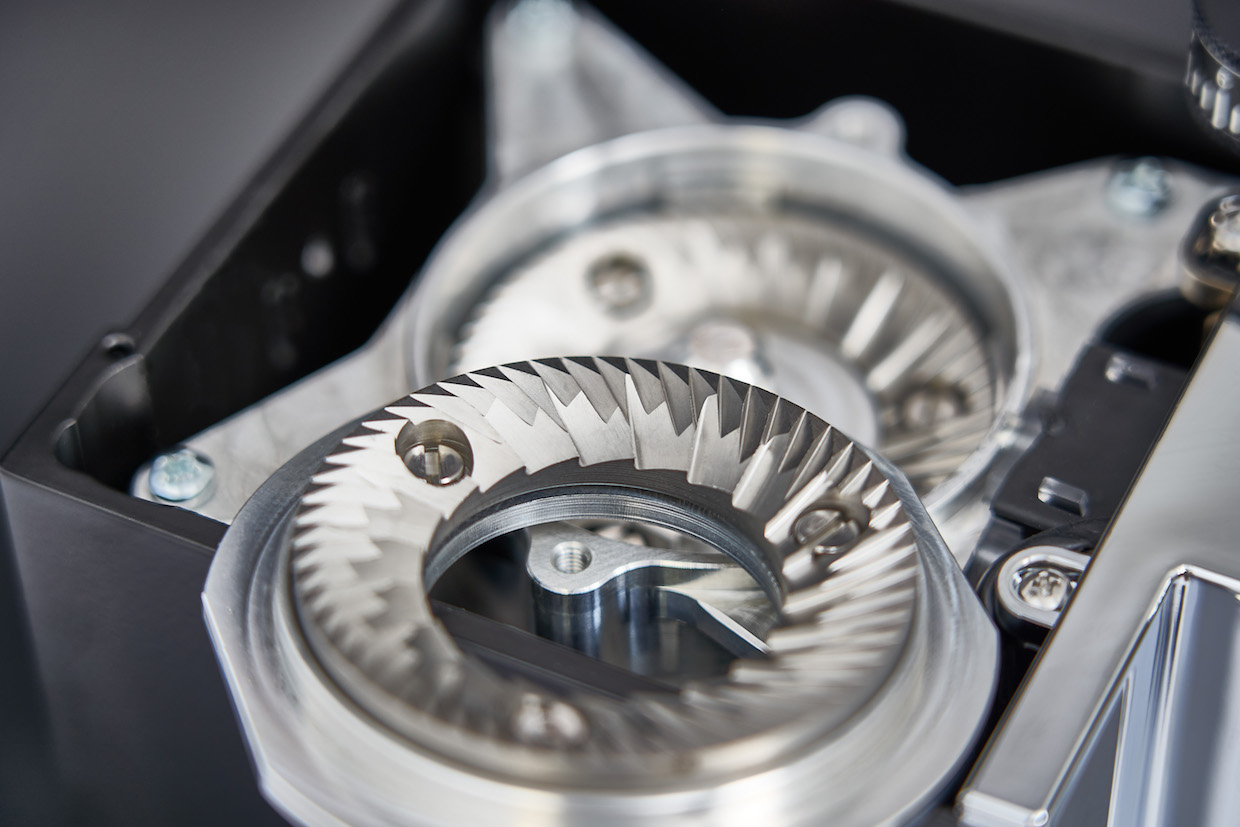 While the durability of the Eureka Oro Mignon Single Dose burrs and its 3-gram-per-second output are on par with some other commercial equipment, the machine is largely intended for home or prosumer use, according to the company.

Eureka Oro will soon be providing more information about its Zeus and Prometheus grinders for commercial applications. The latter is expected to be released around the HOST Milan trade show in October. 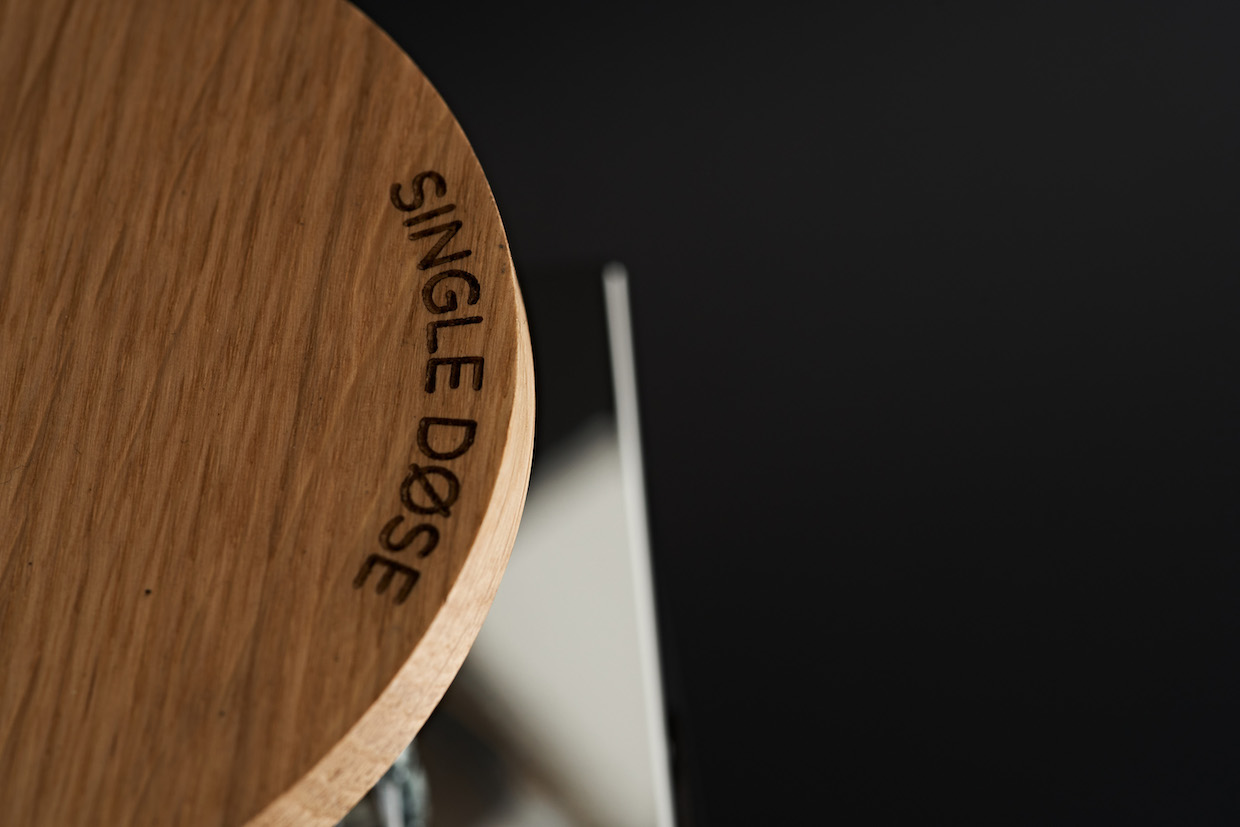 The Eureka Oro Mignon Single Dose is projected to carry a retail price of just over $600.

I was in there side and they don’t seem to offer a 120v version yet.

I *always* enjoy your news items, in part because of the spicy article titles and this one about Eureka ‘leaning’ is another brilliant example.
Thanks!!

I’ve been a “single doser” for years at home. I simply removed the large plastic bean holder from the top of my Mazer mini. The top now holds two tablespoons of beans perfectly which I grind for each double macchiato. What’s the point of buying fresh beans for them to simply get stale in the grinder. The beans are sealed in a vacuum bag using a Waring Commercial pistol vac and returned to the refrigerator after each use.