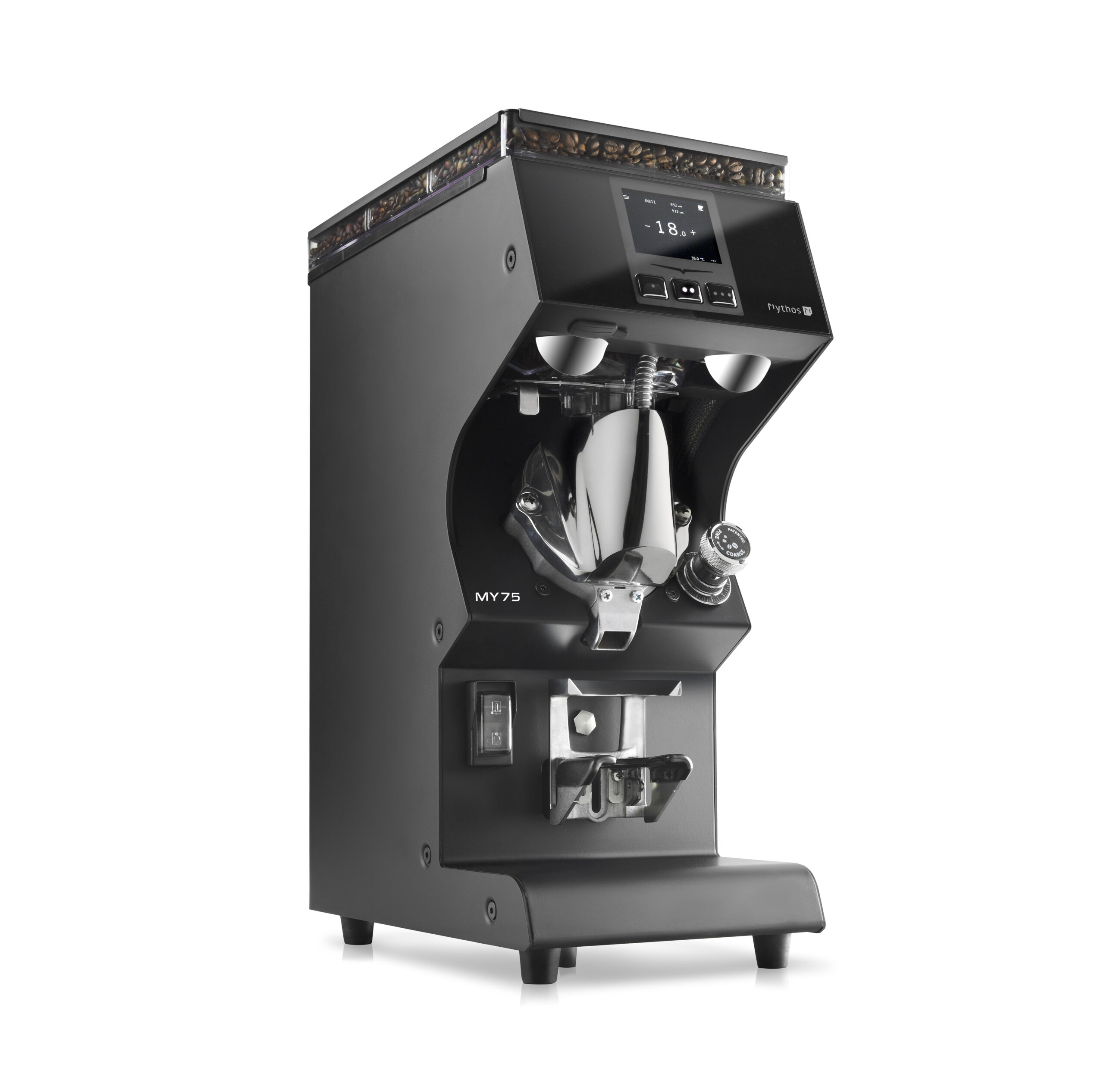 The new Mythos MY75 grinder, one of four new variants of the grinder that originally debuted in 2013. All images courtesy of Nuova Simonelli/Victoria Arduino.

Following models commonly referred to as Mythos One and Mythos 2 — which were introduced in 2013 and 2018, respectively — there are four new variants in the Mythos family: the MY75, the MY85, the MYG75 and the MYG85.

The numerals refer to the size of the burrs, while the G notes the presence of grind-by-weight technology. 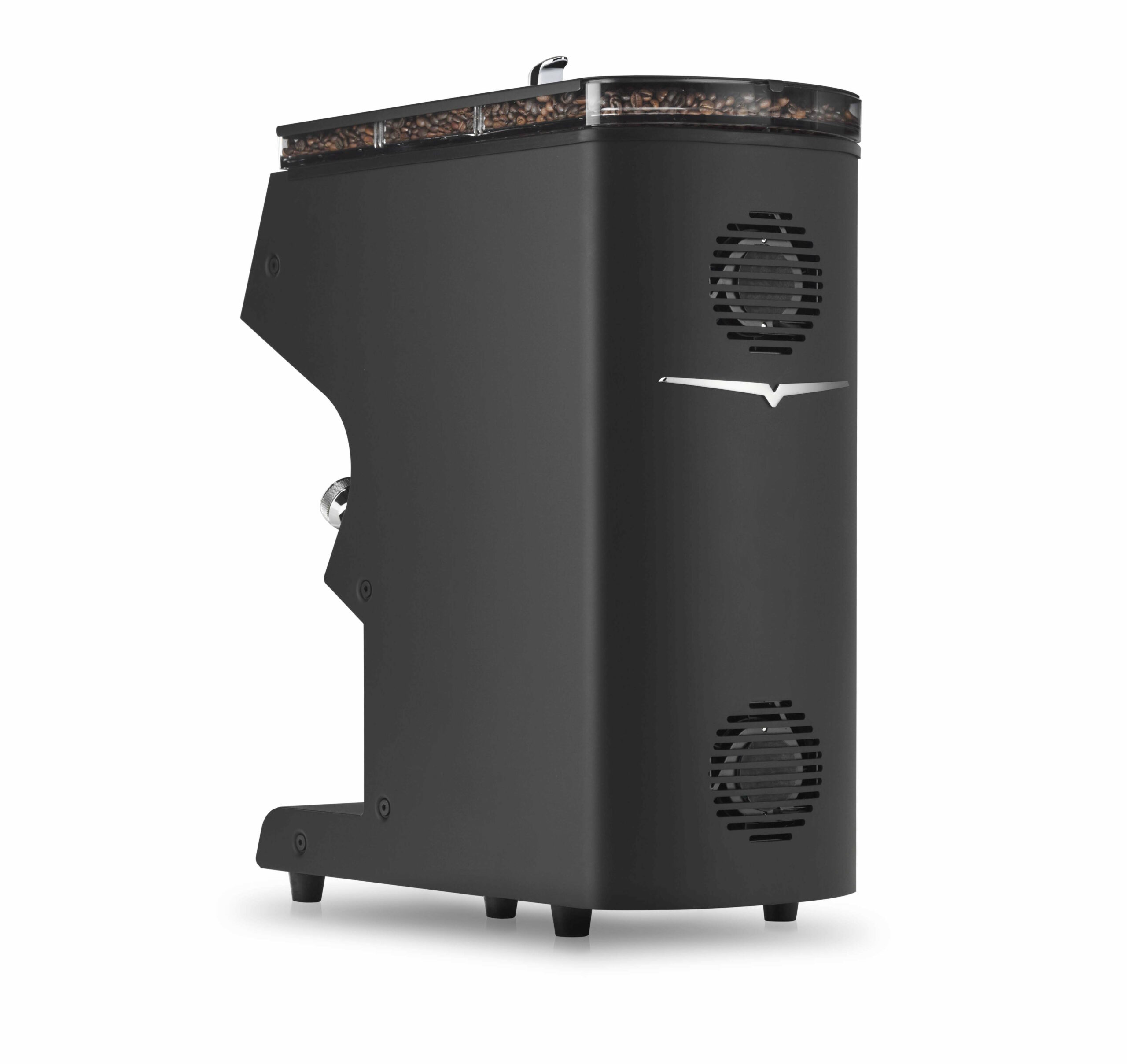 “It’s a totally new Mythos,” Marco Feliziani, Vice President Simonelli Group, told DCN. “The grinder is simply known as Mythos, but it is not just one grinder we launched in September but four different models. They share the same platform, look, and software to create a family feeling across the line, but customers are able to make decisions about elements like burr size and technologies that will best suit their business and their coffee.”

Prominent among the new features for all four new models is an electronic grind setting control system with an upgraded touchscreen display.

The new user interface and machine software uses adaptive logic that is designed to show baristas the information most relevant to them in real time. That information can alternate between dose, grinding temperature, burr distance and more. The system monitors and records the relative position of the burrs and guides baristas back to proper grind settings, depending on recipe selection.

Larger cooling fans inside the new Mythos improve its existing cooling and temperature maintenance system, referred to as Clima Pro, with all vents now located together at the back of the machine. This could better accommodate side-by-side placement of multiple grinders on commercial coffee bars. 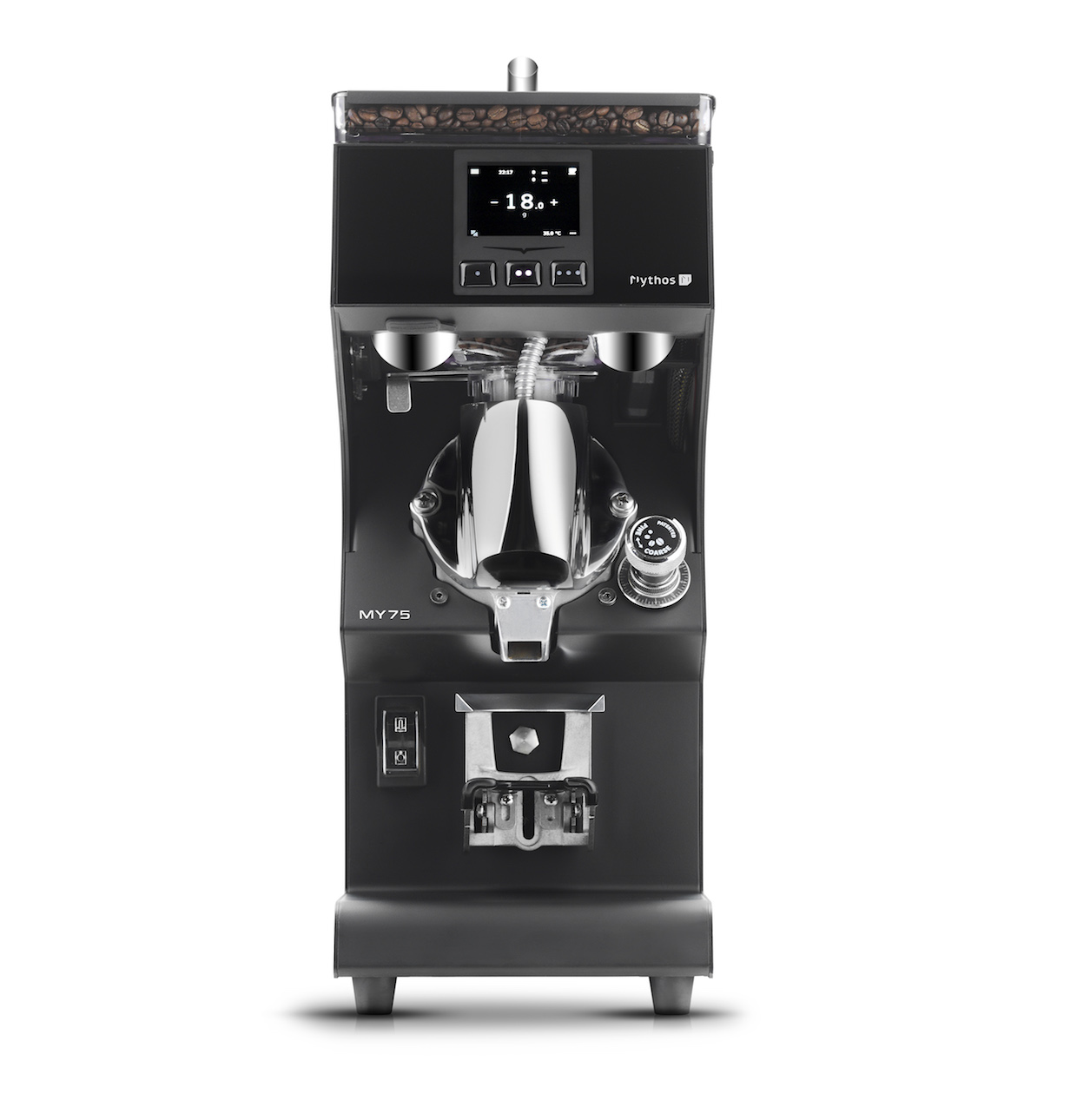 The company said a new adaptive algorithm built into the brand’s Gravitech grind-by-weight system improves the precision of doses.

“In this way baristas will achieve their goals more efficiently and have enough time to focus on added-value activities, [such] as customer experience,” Simonelli Group Product Manager Lauro Fioretti told Daily Coffee News.

Additional mechanical upgrades in the new Mythos models include a redesigned clump crusher, strengthened spout, improved portafilter hook, and easier access to the grinding chamber for cleaning and maintenance. ​ 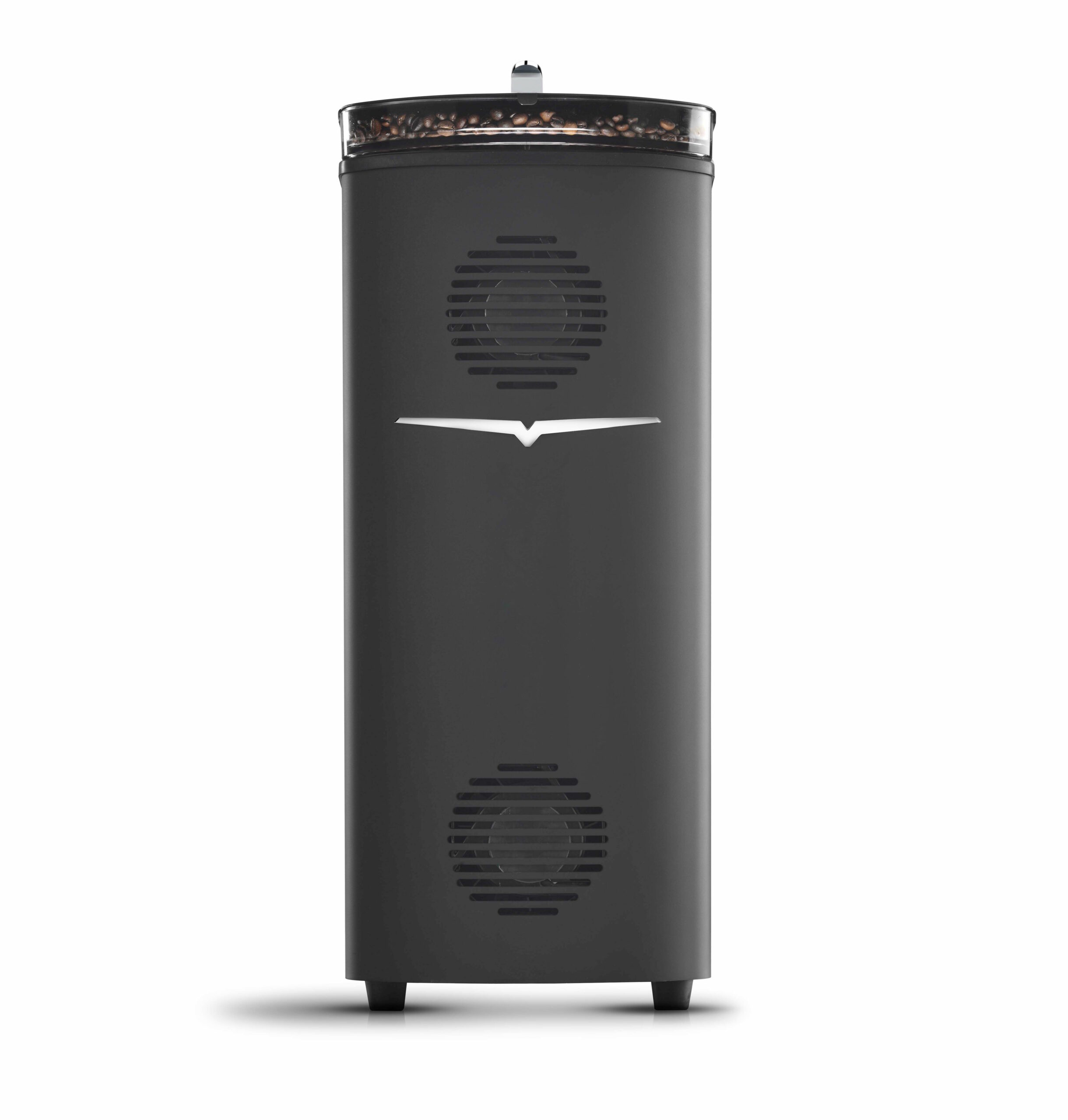 The four new versions of the reborn Mythos include machines centered on either 75-millimeter (model MY75) or 85-millimeter (MY85) burrs, either with or without Gravimetric grind-by-weight technology built in (MYG75 and MYG85).

Pricing information has not been disclosed for the machines, which the company expects to begin shipping to United States customers in April 2022.