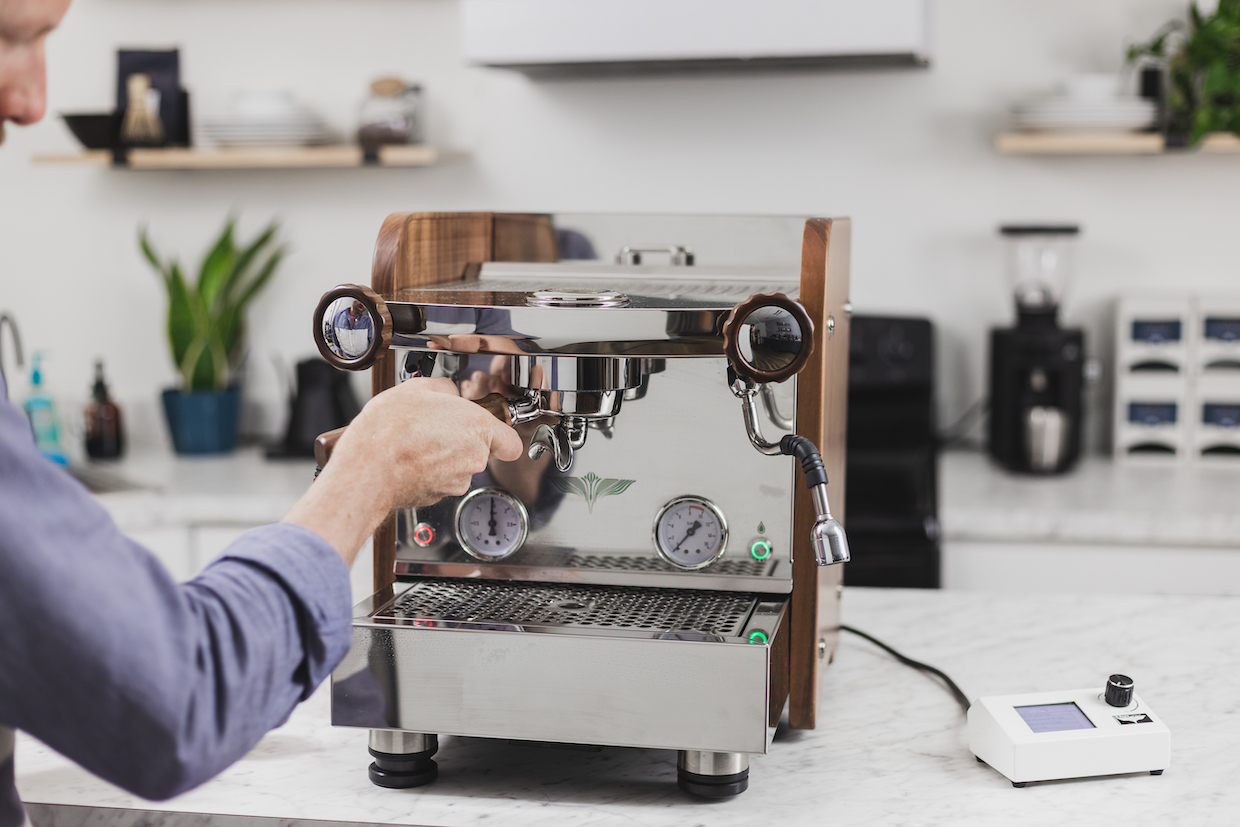 Prima last week launched sales of the V2 Zarre in maple and walnut finishes, with a price tag of $3,750.

The Zarre offers baristas at home and in light commercial settings the ability to program shot profiles for automatic execution that include pressure profiling. 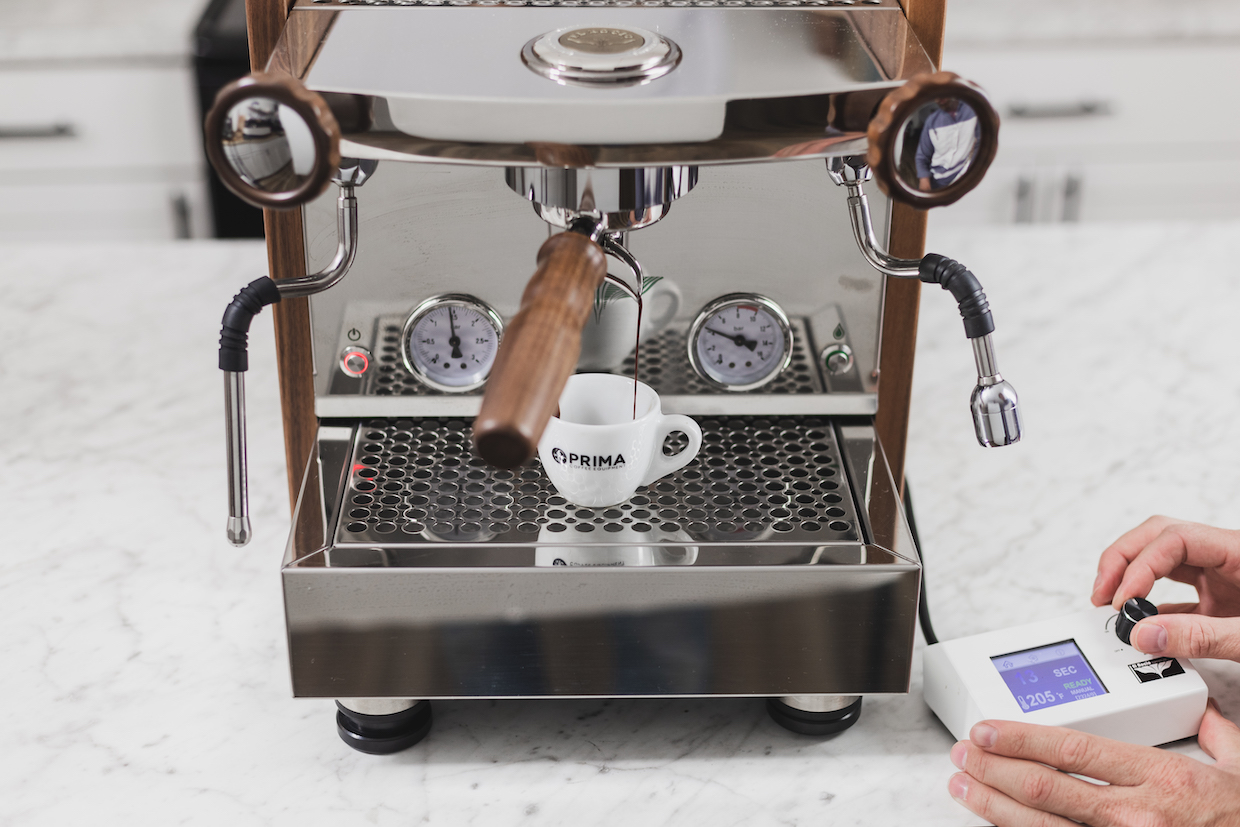 Through the rotary knob and digital screen of a wired external controller, users can adjust the pressure of water driven by a vibratory pump to the group manually during extraction, or they can program the parameters for pre-infusion and extraction.

On/off mode, standby schedules and water temperatures inside the 1.8-liter steam boiler and 0.6-liter brew boiler can also be programmed through the controller.

Thermal stability and energy efficiency in the machine are addressed through an independent heating system for the group, as well as a system for preheating brew water by channeling it through a copper heat-exchanger that runs through the steam boiler on its way to the brew boiler. 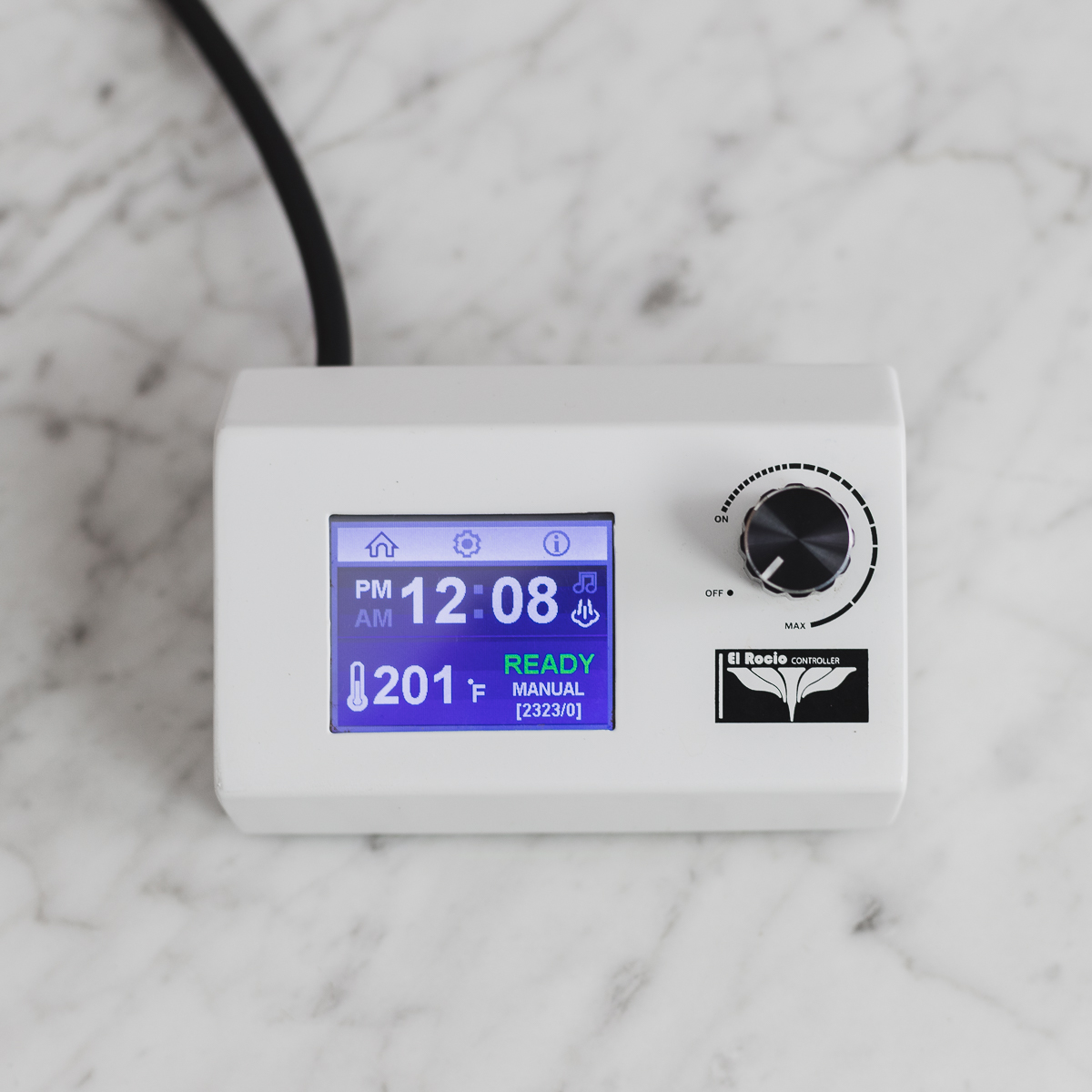 The machine draws water either from an on-board 2.4-liter reservoir or a plumbed water line.

Louisville, Kentucky-based Prima will be the exclusive importer and seller of the new machine in the United States.

“We received our first V1 Zarre by early 2020, then began working with El Rocio to improve the design, which ultimately became the V2 Zarre,” Prima Coffee Equipment Product Manager Ryan Felbinger told DCN. “The V2 Zarre has a couple major improvements intended to add appeal for the modern coffee enthusiast.”

Additions include an adjustable OPV that allows users to set lower maximum brew pressures and tweaks to the electronics to provide more flexibility when using the rotary knob in Manual Mode.

“This improvement made it easier to target specific brew pressures by hand, and made the manual process more repeatable,” said Felbinger. “We also removed a speaker in the controller for noiseless programming, and made a few practical changes to the internal hardware to make the Zarre easier to access and service.” 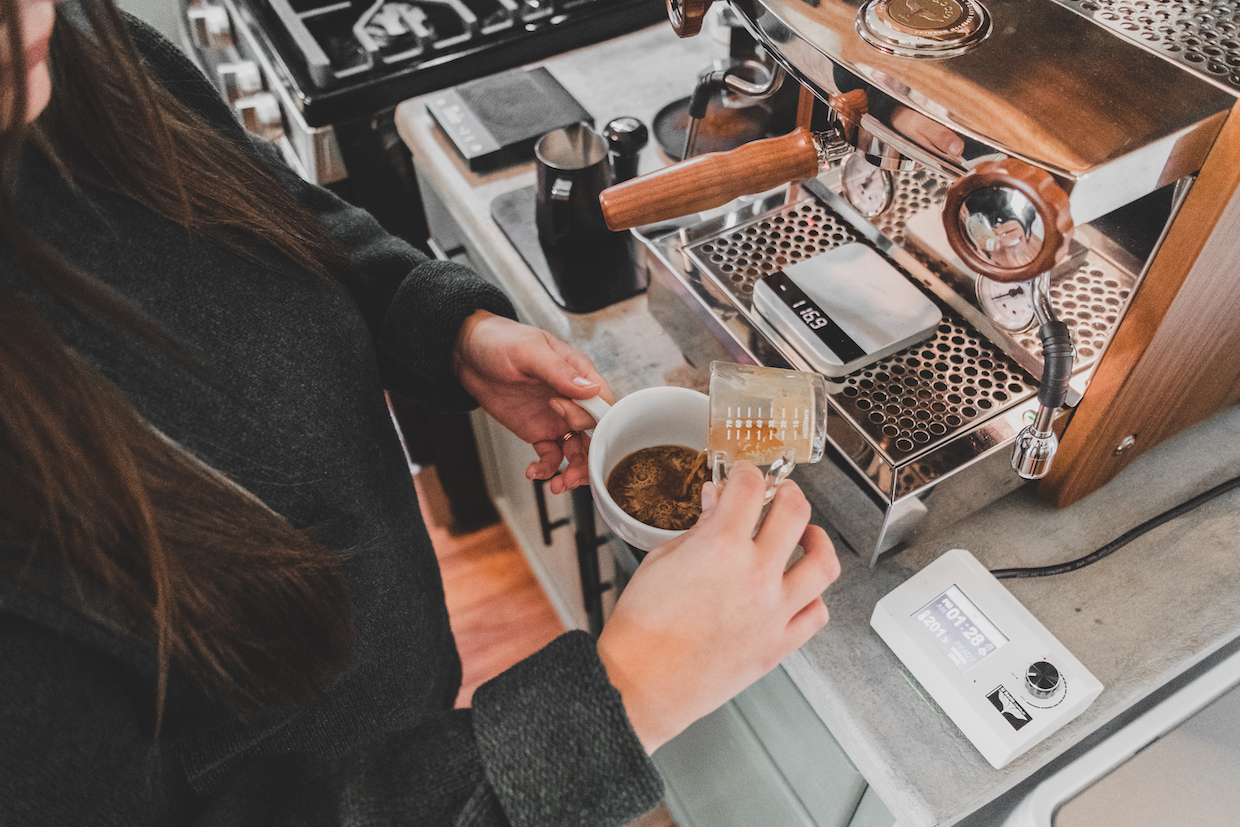 Felbinger said the platform-like extension from the face of the machine is a mostly aesthetic design choice by El Rocio, though the unsaturated group does contain its own heating element.

Felbinger said Prima hopes to submit the Dignity for NSF approval in 2022 for a 2023 release. A new partnership with grinder-maker Ditting is also underway, focused on the Ditting 807 series of filter coffee grinders slated for release early next year. 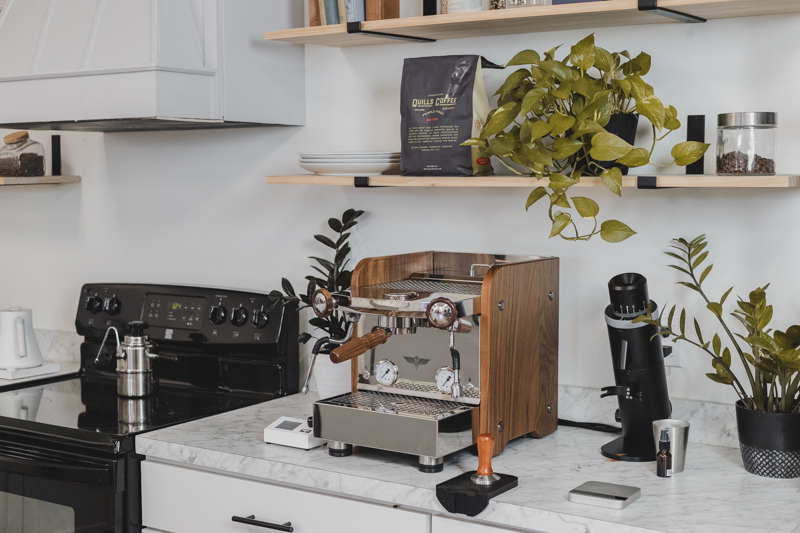 “We believe the Ditting 807 will challenge some of the trusted standards in filter grinding for a spot at the top,” said Felbinger. “We’re continually blown away at how the coffee tastes.”

Does your coffee company have news to share? Let us know here.