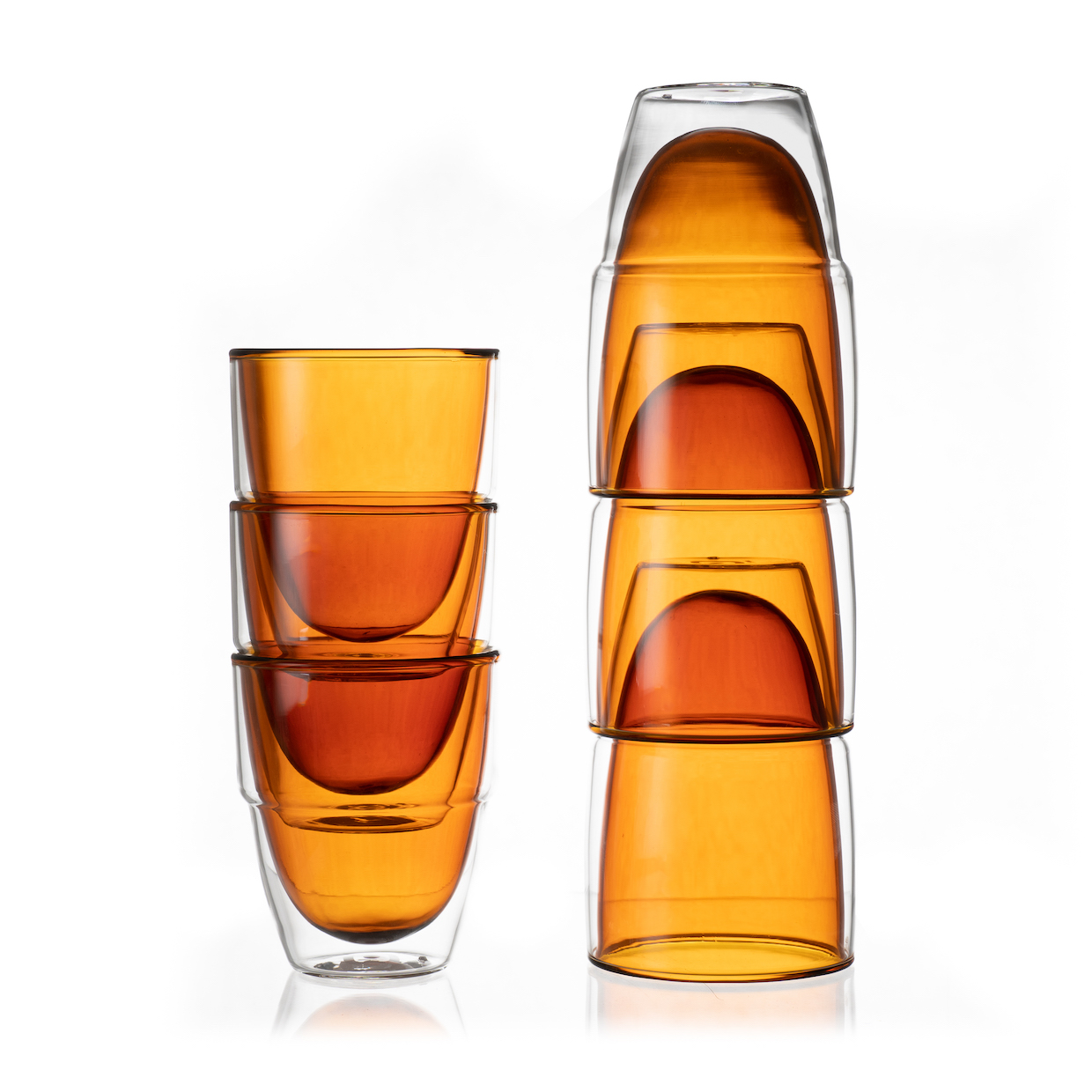 Swiss home coffee brewer maker Carl Henkel Brewers is going deeper into the coffee counter with a home or commercial drinkware line called Stack (styled by the company as STACK).

As of this writing, the company had seven days remaining in a crowdfunding campaign for the new line, with initial shipments currently expected this summer.

The line is composed of double-walled glass vessels designed to accommodate hot or cold beverages inside while the outer wall remains relatively temperature-stable for contact with the hand and lips. 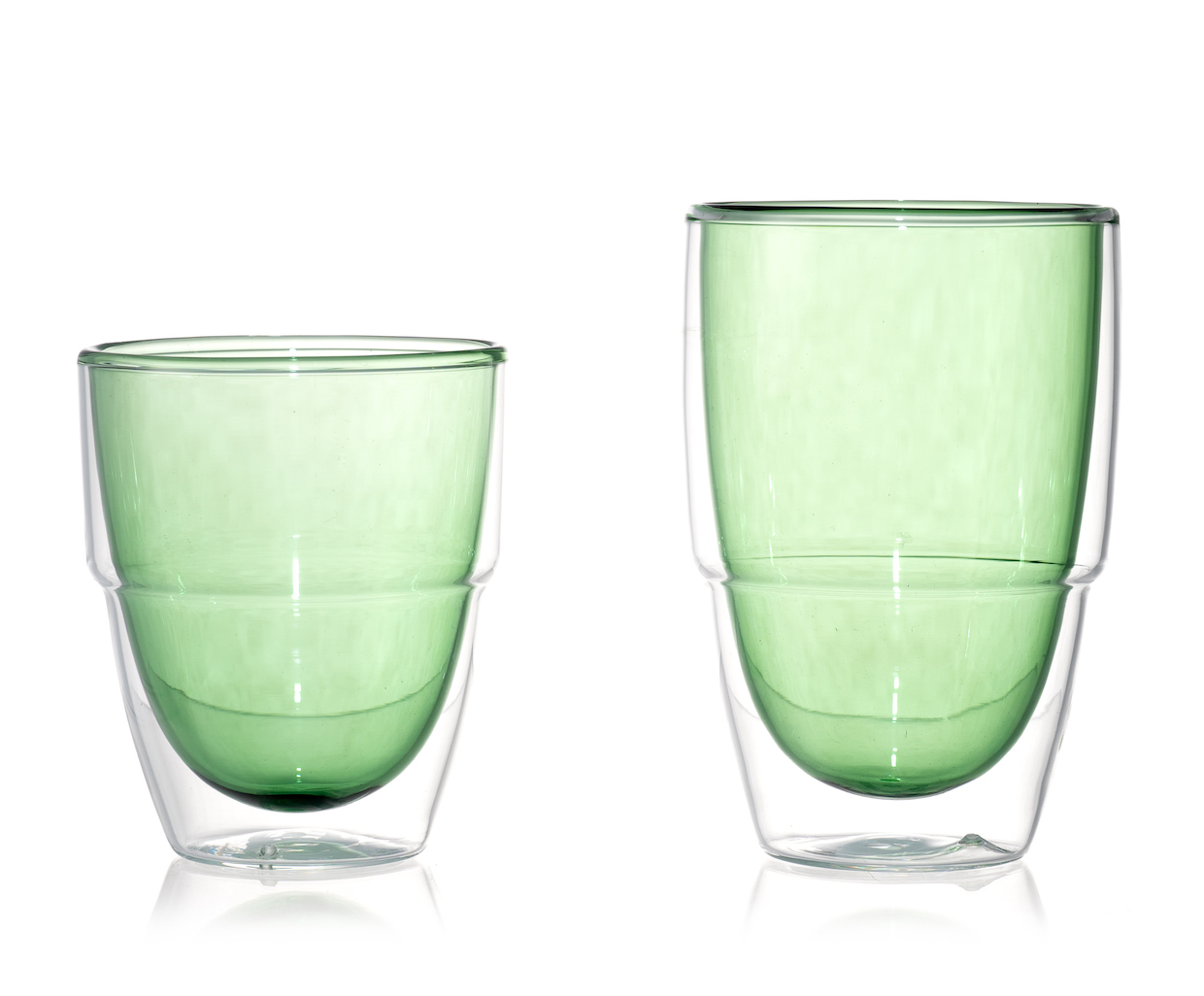 The Lucerne-based company, founded by Kirsten and Jürgen Henkel in 2010, suggests the glasses can safely be stacked four or five pieces high, while recommending upward-opening orientation for residential use and downward orientation for commercial uses in coffee shops or cafes.

Jürgen Henkel, who is also the co-founder of the Swiss product design firm Made To Stay, was previously a European general manager for fellow Switzerland-based coffee equipment company Bodum.

Carl Henkel originally launched as a seller of the original Sowden SoftBrew immersion brewer, designed by George Sowden. The company has since been promoting its Arca X-Tract brew system, a two-piece immersion-based brewing system involving a fine mesh stainless steel brew cylinder inside a double-walled glass chamber. The brewer was nominated for a Best New Product award at the Specialty Coffee Association’s 2019 World of Coffee event in Berlin. 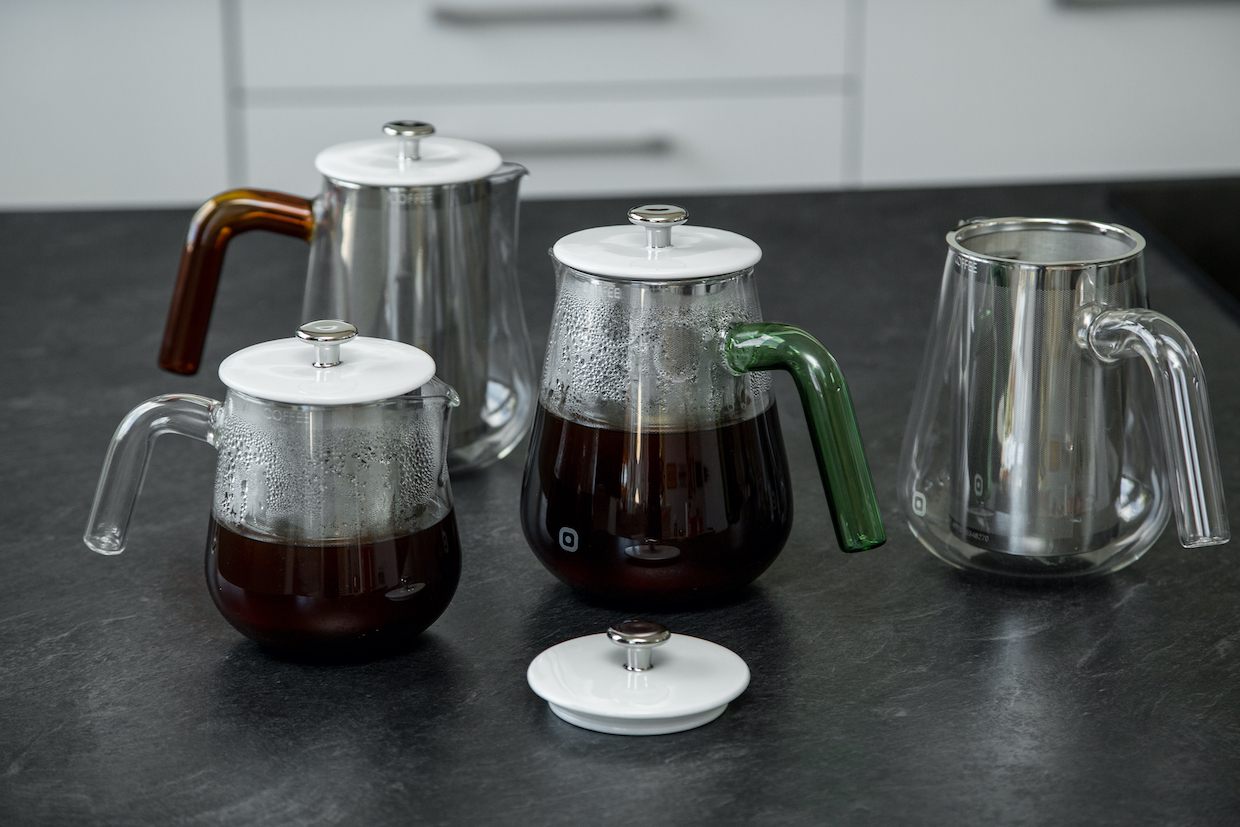 Jürgen Henkel told DCN that the company experienced some distribution disruptions outside of Europe when COVID-19 spread over the world, although it hopes to soon ramp up sales in markets such as the United States and Asia.