Swiss Police Find Half a Ton of Cocaine at Nespresso Roastery 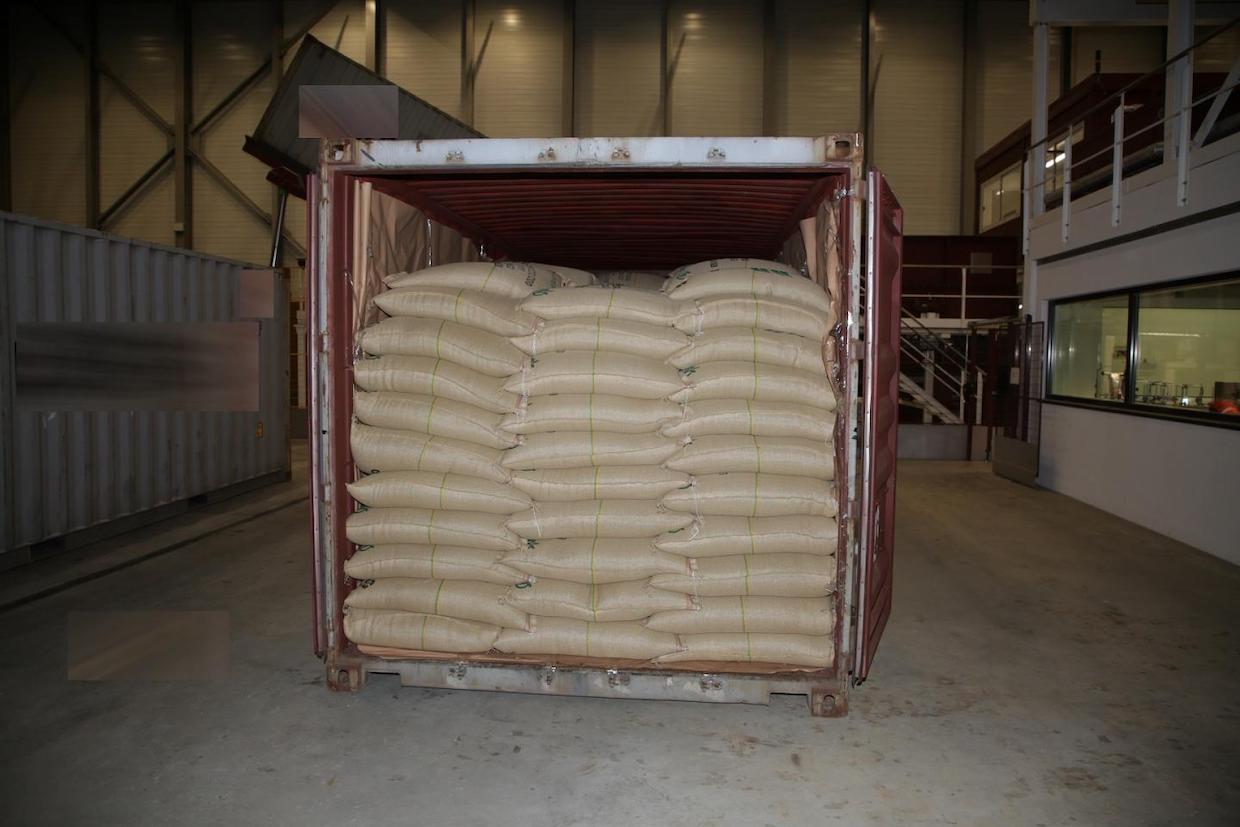 A police photo showing a shipment at the Nespresso Romont production facility in Brazil that contained approximately 1,100 pounds of 80% pure cocaine.

Swiss police have discovered more than half a ton of cocaine with an estimated street value of more than $50 million USD at the Nespresso production center in Romont.

Late last night (locally), cantonal police in Fribourg said they were alerted to the presence of a suspicious white powder in raw material bags on Monday by staff at the Nespresso facility.

“The batches were isolated and the substance did not come into contact with any product used in production,” police said (translated from French).

While a full investigation is underway, an initial investigation found that the bags of cocaine were on shipping containers containing green coffee that originated in Brazil and eventually made their way to Romont by sea and by rail.

Police have not publicly identified any other parties in the supply chain who were involved in the shipment.

Police said that the cocaine was found to be 80% pure, and they determined it was destined for the European market.