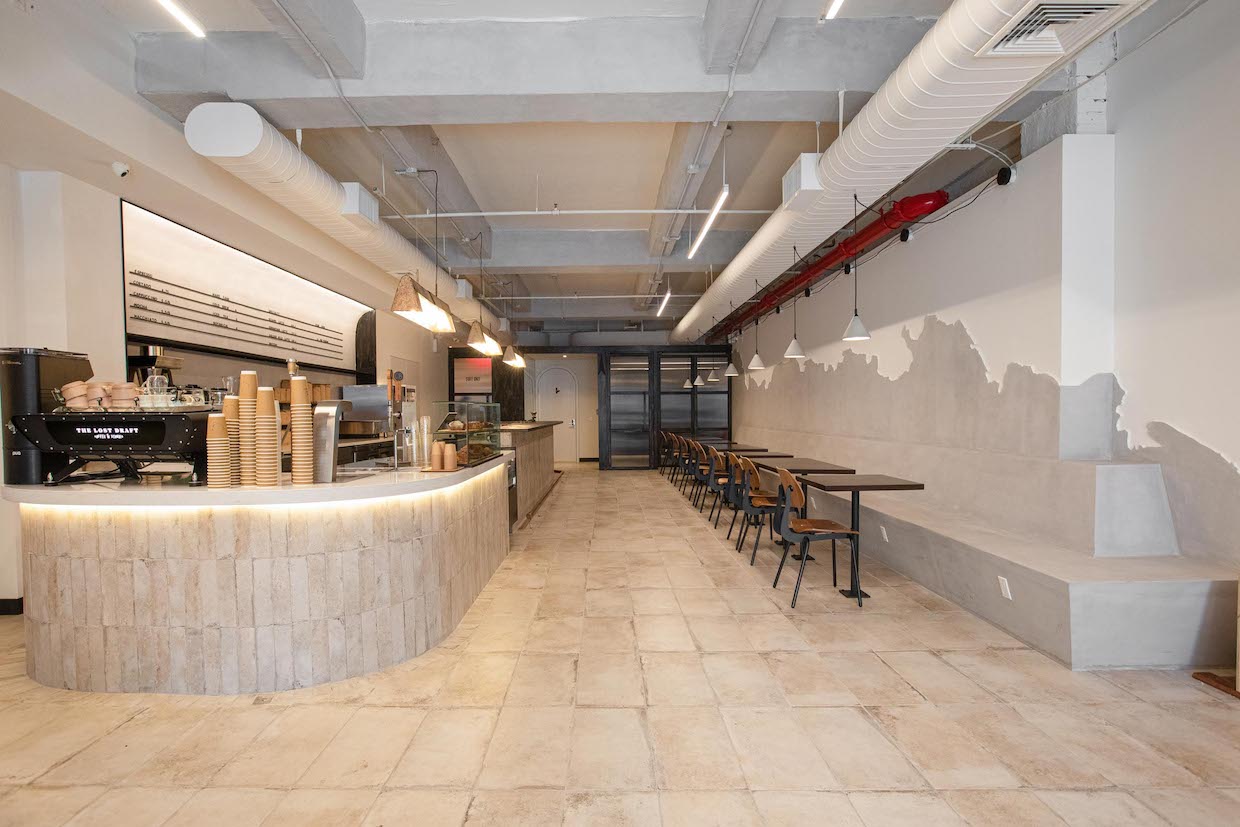 Inside The Lost Draft, a new coffee shop designed to inspire writers and production workers in New York City’s SoHo neighborhood. All images courtesy of The Lost Draft.

An anonymous New York City-based filmmaker this week is opening the doors to The Lost Draft, a coffee spot in Manhattan’s SoHo district. The shop is designed to provide a comfortable, inspirational and communal space for writers and crew members of television and film productions working in the city.

Inside the roughly 1,500-square-foot Lost Draft space, a rentable 300-square-foot private room is set aside for table reads and events. In the main shop area, neutral tones and textures accented by vintage fixtures and film-inspired details are intended to inspire colorful imagination. 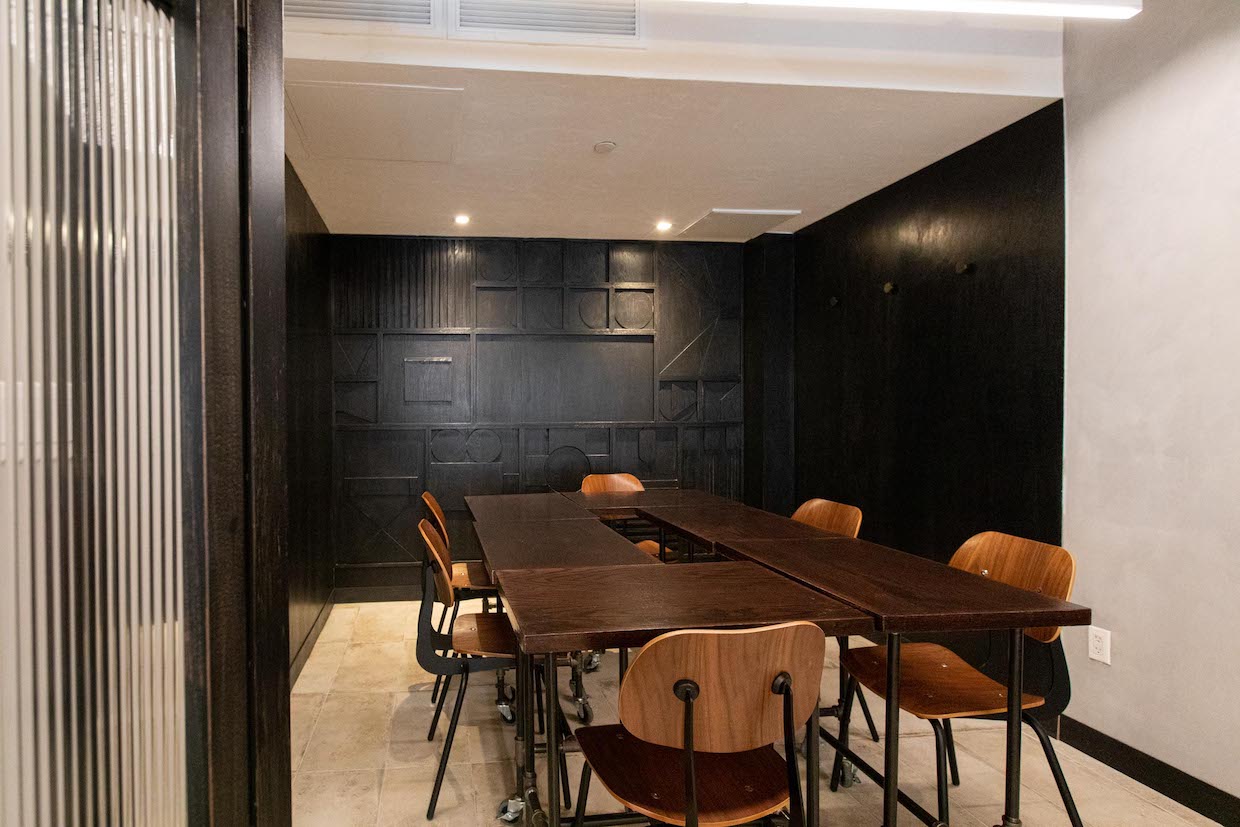 An antique makeup mirror brings a classic Hollywood feel to the bathroom, where emerald green tiles are inspired by those in the Overlook Hotel from Stanley Kubrick’s “The Shining.” Around the oak tables in the Table Read Room are a director’s chair, film production spotlights and film reels. 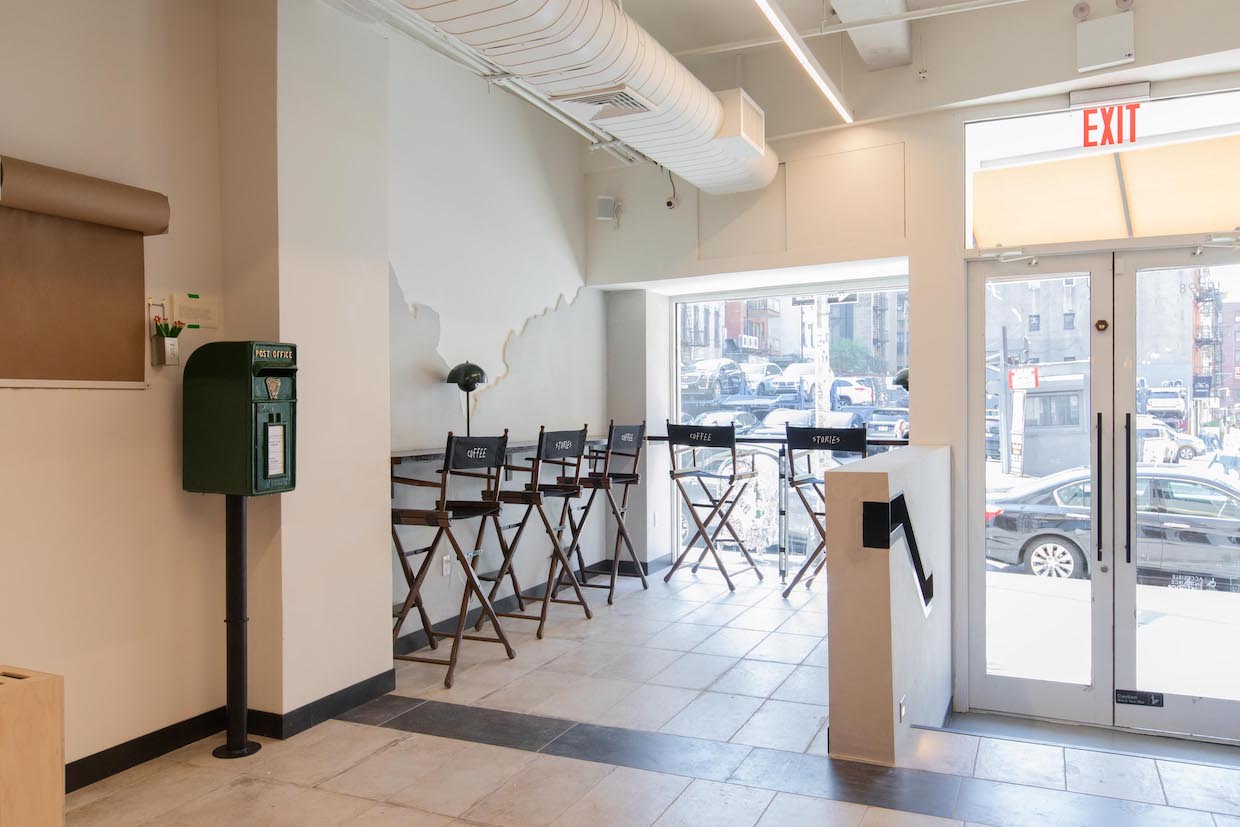 Guests are encouraged to deposit script and story ideas into a green mailbox in the cafe that owners say will be read by members of a production company, which will help develop selected ideas to the next stage. The shop also gives a 10% discount to production crew members.

“The Lost Draft is a place for film and TV ideas to begin,” a Lost Draft representative told DCN. “From the director’s chairs to the Table Read Room, we are here to help ideas grow.” 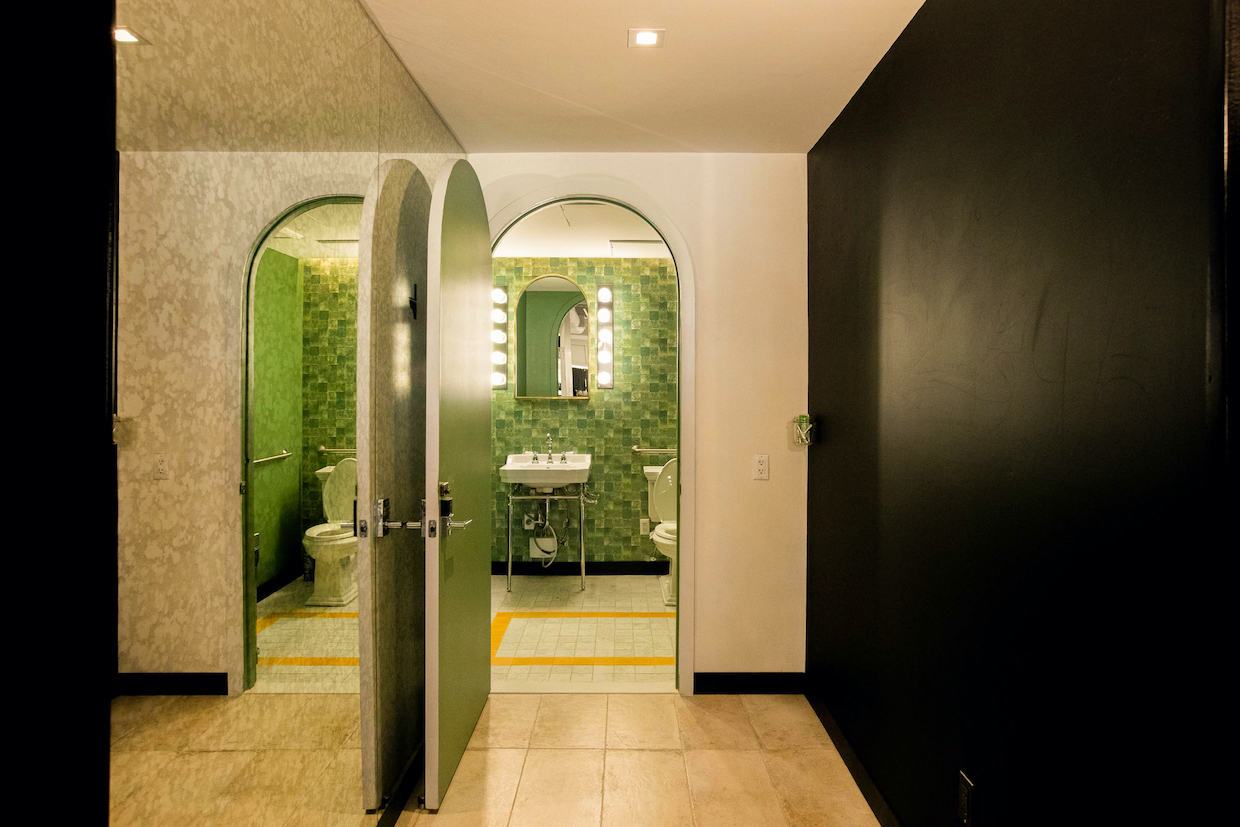 Steven Sadoff, who founded Ground Support Cafe in SoHo in 2009, is the director of coffee for Lost Draft. Sadoff oversees development and execution of the shop’s menu of classic espresso and pourover drinks, as well as specialty concoctions such as an Osmanthus Latte and Sesame Latte.

Drinks are served alongside a selection of locally baked pastries, light fare made fresh in a Moffat Turbofan oven behind the counter, and popcorn from a theater-style popcorn maker. 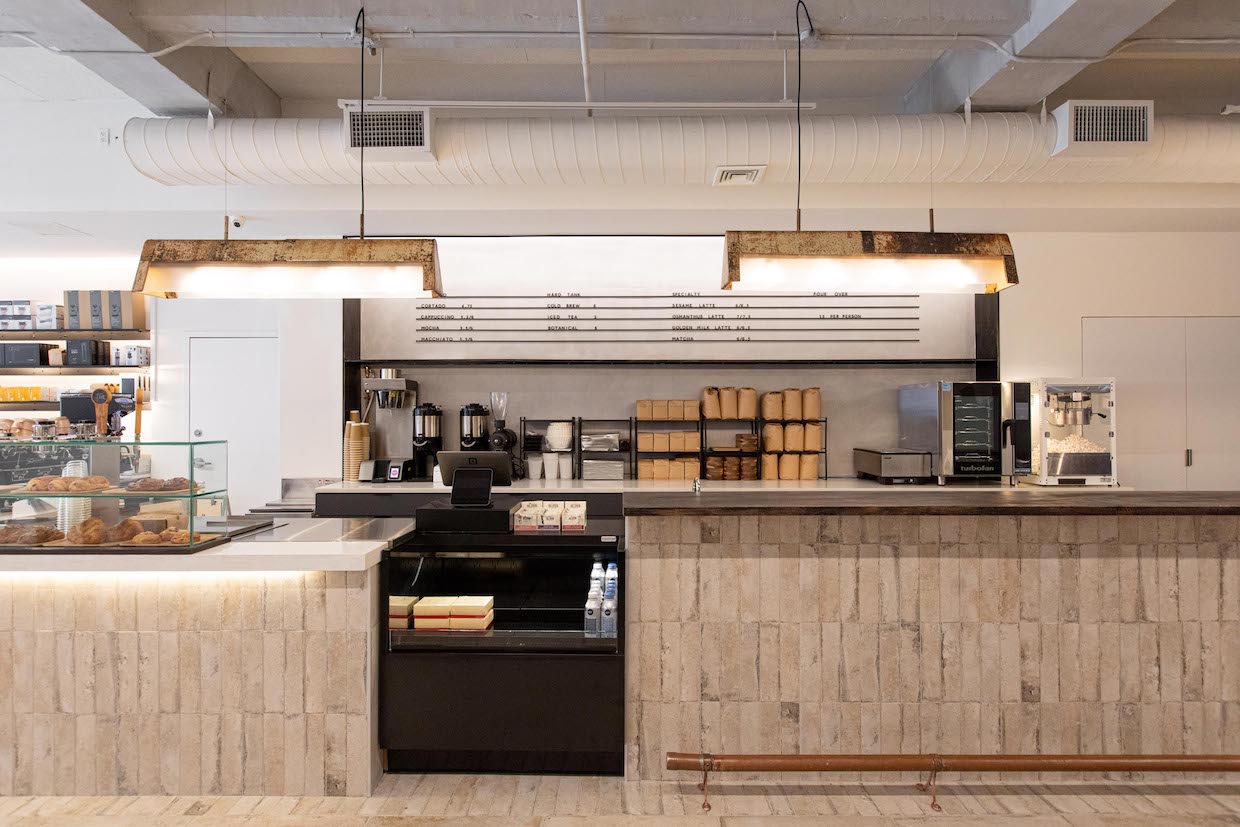 The company told DCN that while roasting for wholesale accounts is an avenue for future growth, for now the lens is squarely focused on the cafe.

“We are here to provide a space for our customers to feel comfortable and for our neighbors to feel connected, all over a great cup of coffee,” the representative said. “We will stay humbly focused on that for now.” 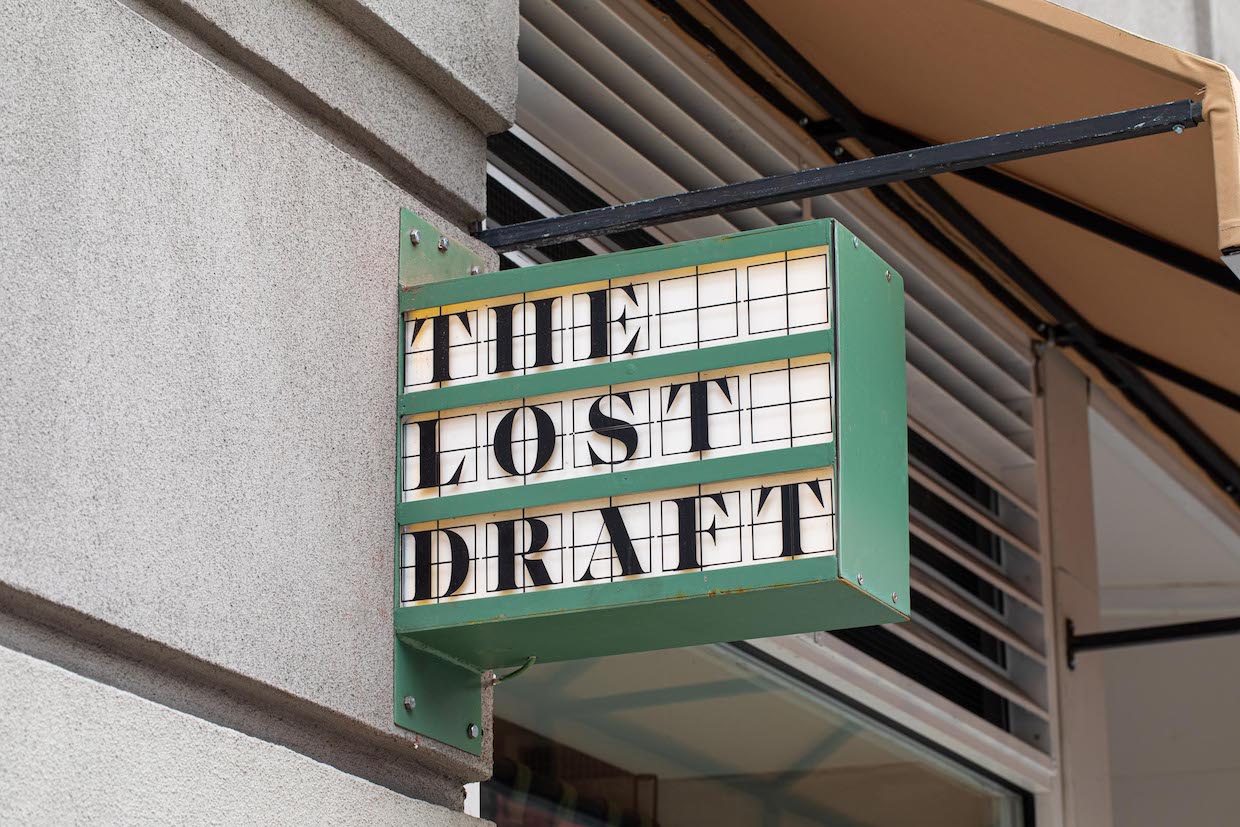