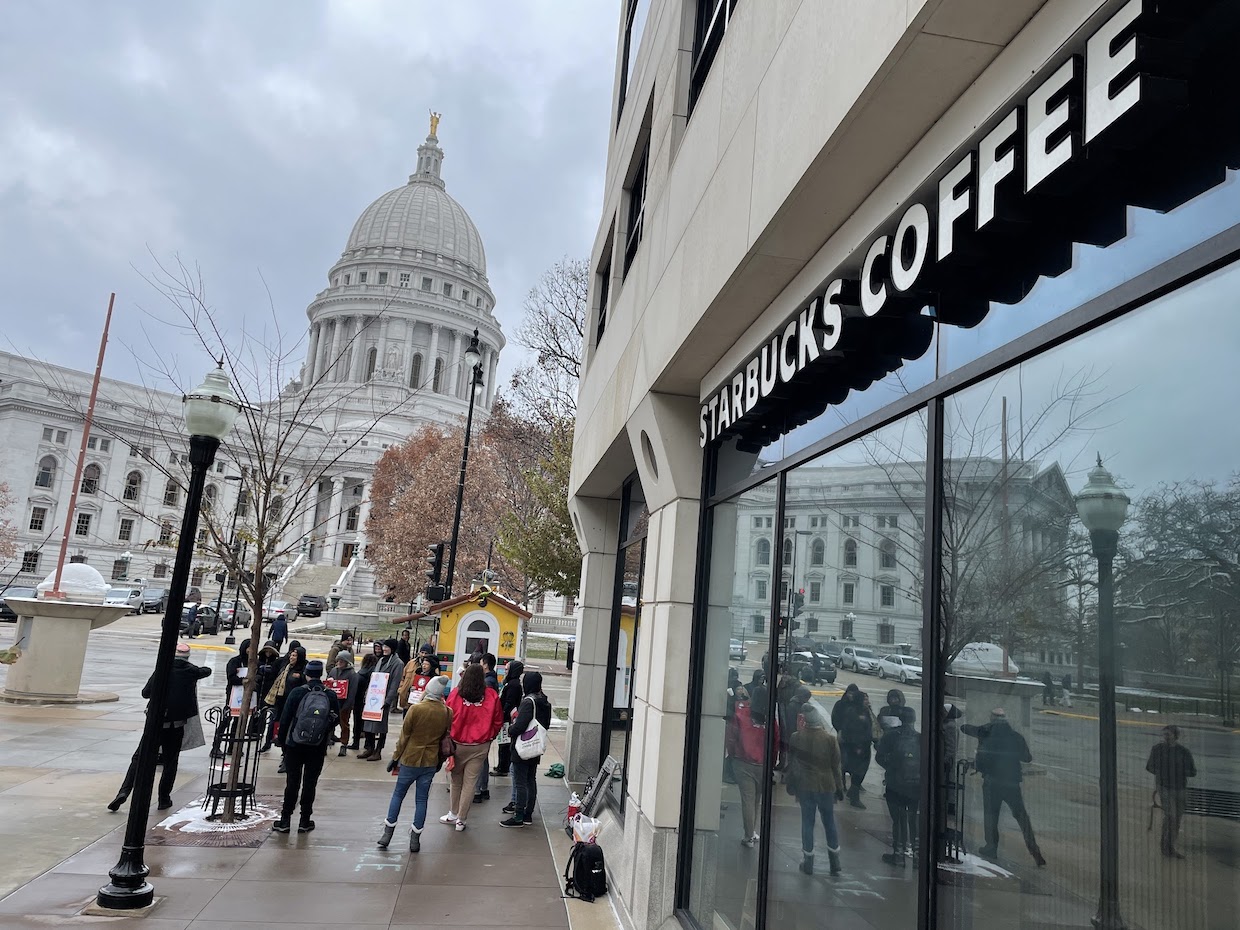 Employees at more than 100 Starbucks stores in the United States are striking today in what organizers are calling the “Red Cup Rebellion,” a reference to the coffee retail giant’s annual reusable cup giveaway marketing program.

“Today we’re hoping to show Starbucks that we are an essential part of their business — that without people making coffee, they’re not going to be making money,” Evan McKenzie, a shift leader at a unionized Starbucks store in downtown Madison, Wisconsin, told DCN. “We’re hoping to show them that we have power because we are a community, and we want them to bargain in good faith. It’s not that they’re driving a hard bargain; they just aren’t bargaining at all.”

On Tuesday, Dec. 15, National Labor Relations Board Regional Director Elizabeth Kerwin filed a petition for injunctive relief in the Eastern U.S. District Court of Michigan that for the first time called for a nationwide halt to Starbucks firing, “interfering with, restraining or coercing” employees who are “supporting the Union or any other labor organization.” 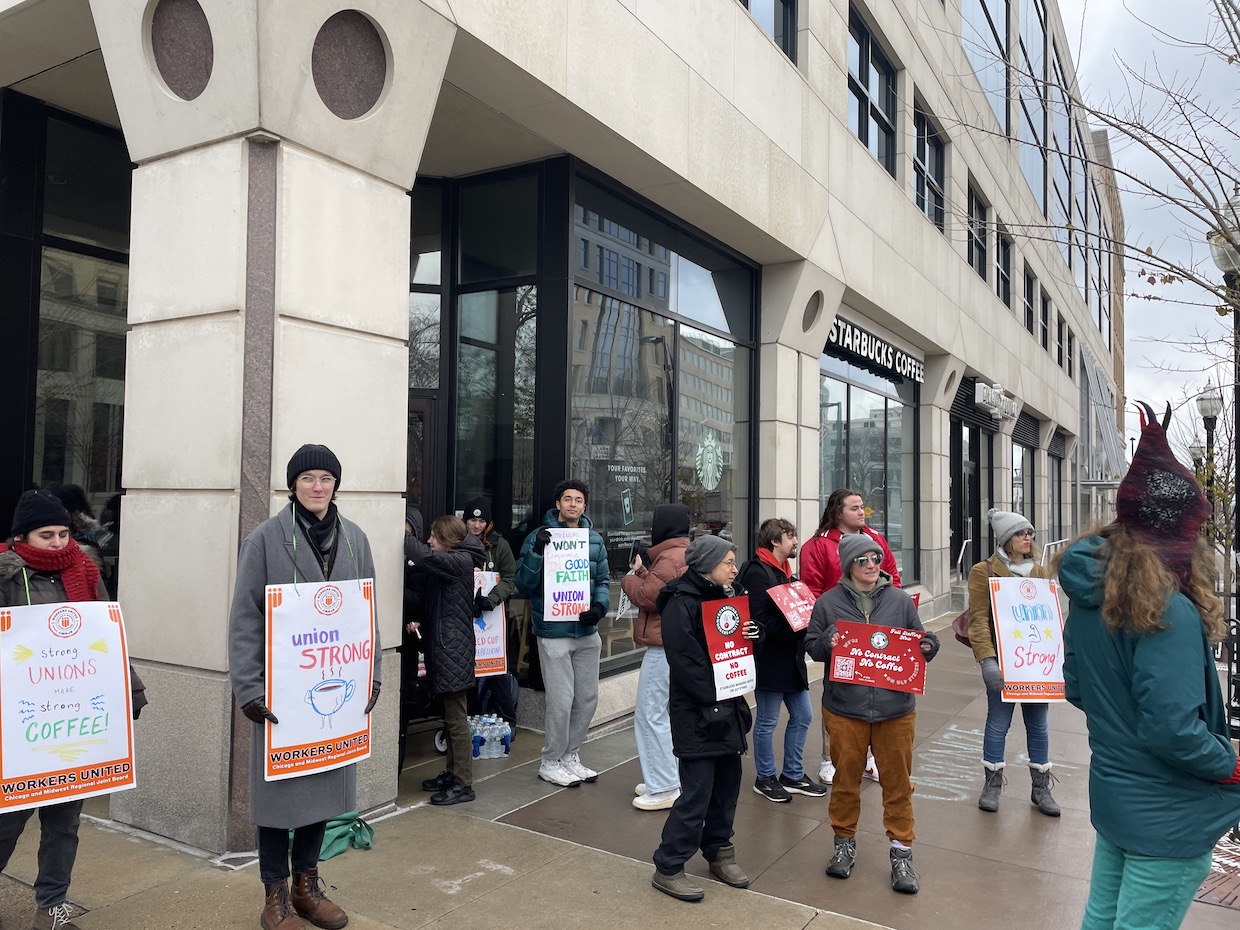 Following the firing of an employee at a Starbucks store on Main Street in downtown Ann Arbor, Michigan, the NLRB’s Michigan petition follows similar injunctive requests in Buffalo, Phoenix, and Memphis. The latter resulted in the forced reinstatement of the “Memphis Seven,” a group of employees at a Memphis Starbucks location who were found to be fired by the company in retaliation for union efforts, according to court documents.

In the Michigan petition, the NLRB argues that without immediate nationwide injunctive relief, the company is likely to continue its alleged unlawful anti-union activities in Ann Arbor, the state of Michigan and beyond.

In a memo supporting the request, Kerwin wrote that without a preliminary injunction, “Starbucks will achieve its unlawful goals of purging the Ann Arbor store of the Union’s leadership and crushing employee activism in Michigan and nationwide. In the process, Starbucks will irreparably harm the statutory rights of its employees, frustrating the Board’s remedial power, and thwarting the intent of Congress.”

Starbucks has not issued a public statement regarding the court request, although a company spokesperson told Vice News this week, “We respect the right of all partners to make their decisions regarding union issues, whether they favor or oppose representation — and in all union dealings, including collective bargaining, we will always engage honestly and in good faith.”

Meanwhile, Starbucks Workers United, the national union group that has been supporting pro-union Starbucks workers, says more than 1,000 workers are striking today as part of the “Red Cup Rebellion.”