Michael Sheridan has worked on coffee for Catholic Relief Services since 2004. He currently directs the Borderlands Coffee Project in Colombia and Ecuador and advises other CRS coffee projects in Latin America and the Caribbean. He is based in Quito and publishes perspectives from the intersection of coffee and international development for the CRS Coffeelands Blog.

During last year’s SCAA Symposium, Liam Brody of Root Capital urged participants to be “pathologically collaborative” in addressing the ills that continue to ail specialty coffee. Peter Giuliano suggested soon afterward that Liam had “blown up the Twitterverse” with the memorable call to cooperation. But the full echo of that call may only be sounding now — it is hard to imagine a situation that calls for more pathological collaboration than the leaf rust crisis currently affecting Central America.

So many of the industry’s gains in sustainability have been made possible by innovators who have consistently widened the circle of collaboration to bring new perspectives and skills to bear on the coffee trade. A comprehensive response to coffee leaf rust — one that mitigates rust losses, hunger, migration and conflict in the short-term, allows smallholder farmers to stay on their farms and continue producing coffee over the medium-term, and positions local governments to provide the research and extension services those farmers need to remain viable over the long-term — may require widening the circle more than ever before. 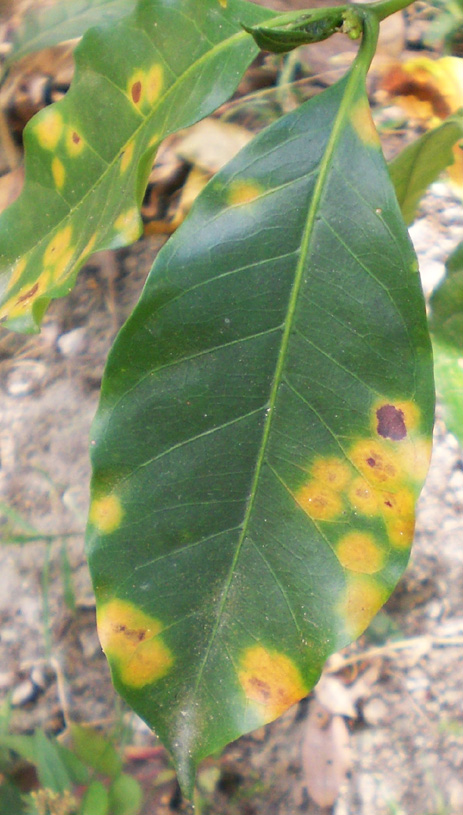 Clearly, every actor along the coffee chain needs to be involved in the conversation. We sometimes use the image of a river to describe the coffee chain, with coffee flowing “downstream” from farms toward roasters and retailers. Using that frame of reference, the conversation may need to begin further upstream than the farm, at the headwaters, with the researchers and breeders and input providers and agronomists who develop and sell the seeds, fertilizers, pesticides, fungicides, tools, etc. that farmers use to plan and plant their crops, and accompany them throughout the production process. There may also be a case for pushing the conversation further downstream than usual. While most analyses I have seen suggest that high levels of global supply will keep the Central American production shortfall from driving up prices this year, production gaps due to leaf rust and renovation over the next few years may contribute to higher prices in some Central American origins in the years ahead. Starting the rust conversation now with consumers may help position the market for price adjustments in the future. It may even create opportunities for consumers to start contributing now to the industry’s response to the crisis.

But coffee-bar and tip-jar appeals will not be enough. Nor will the support of specialized financial services providers like Root Capital, whose trade finance for farmer enterprises has played such a vital role in the rise of specialty coffee and has increasingly addressed social and environmental issues in coffee communities. Responding to a crisis of this scope — the president of Anacafé in Guatemala suggested that Central America will need $300 million — will require capitalization on a different scale, likely involving multilateral organizations like the Inter-American Development Bank or the World Bank.

And the governments of coffee-growing countries will have a central role to play. Already, the governments of Costa Rica, Guatemala and Honduras have declared national emergencies and allocated funds to fight the spread of rust. The governments of El Salvador and Nicaragua are also exploring different options as they prepare official responses. They are leading the charge over the short-term and their policies will go a long way in shaping the prospects for smallholder farmers over the long-haul. Governments have not been traditional first-line partners in the coffee trade. But even in Central America, where drug trafficking, gang violence and political instability have presented significant challenges to governance, the social contract persists, and with it the obligation and desire of governments to respond to the needs of their citizens. The best-case scenario is one in which the public funds they devote to the response are invested in ways that reflect the many perspectives brought to bear in the broader conversation, leverage the commitments of the financial sector, and respond to the demand of the coffee industry.

The full implications of the coffee leaf rust crisis — agronomic, economic, social and environmental — are still not known. The nature of a concerted response will evolve as the impacts of the crisis come into clearer focus. In the meantime, I have found it helpful to think in terms of how the needs of smallholder farmers, in particular, may evolve over time.

Commodities traders and coffee institutes have generated plenty of estimates of production losses to coffee leaf rust, and their projections suggest that the focus of early emergency response measures — agronomic assistance to mitigate the impacts of leaf rust during the 2013/14 harvest — is appropriate. There have also been estimates of the aggregate impacts of coffee leaf rust on employment and exports. Where there has been less coverage, it seems, it at the farm level, where the impacts of the crisis on smallholder farmers is still not entirely clear. My colleagues in Guatemala have shared with me the results of a rapid assessment they conducted recently with some smallholder coffee farmers we support there.  Their diagnosis: as a result of income losses to coffee leaf rust, the hungry season may expand from 3 to 6 months this year. And Anacafé reports that the impacts of rust in Guatemala will be more than twice as bad next year as they are this year. Under that grim scenario, some observers are wondering whether we are watching a humanitarian challenge evolve in slow-motion. Against the backdrop of farmer strikes turned violent in Colombia, I am asking colleagues in Central America whether there may be a need for a short-term humanitarian response to mitigate hunger, migration and conflict.

Central America already needed massive investment in coffee renovation before the leaf rust crisis hit. (In fact, I am scheduled to deliver a presentation at this year’s SCAA Expo on smallholder productivity and profitability that makes the case for financing for renovation — a proposal I submitted quite apart from and long before the scope of the Central American rust crisis was in clear focus.) Now, the need for funding is even greater, more urgent. While Guatemala has pledged millions for fungicides and agronomic training to save the coffee that hasn’t been completely defoliated, but renovation — replacing affected plants with new ones — will be a preferred option for many farmers. But where will the financing come from? What will farmers plant, resistant varieties or traditional ones? Who will help them improve farm management to mitigate the impacts of rust? What about organic farmers who don’t want to use the agrochemicals that seem to be favored in some of the early official responses? And what will farmers do to fill the income gap as they wait 3-4 years for their new coffee to reach full production?

A massive, one-time intervention focused exclusively on coffee leaf rust may solve the the current crisis without necessarily preparing farmers to confront the next one.  Before this crisis, there were coffee farmers in Central America who had never seen coffee leaf rust. In an era of climate change, the threats to coffee production are increasing. This time it may be rust.  Next time, it will be something else. In order for farmers to remain profitable and competitive, they need the kind of support that may be best provided by well-funded national-level coffee institutes that can conduct research, deliver agronomic extension to ensure the adoption of new technologies and best practices, and — ideally — finance continuous renovation. I hope the architects of the emerging response to coffee leaf rust can address the immediate threat to coffee production in Central America and build a solid foundation for more effective long-term support for coffee farmers.