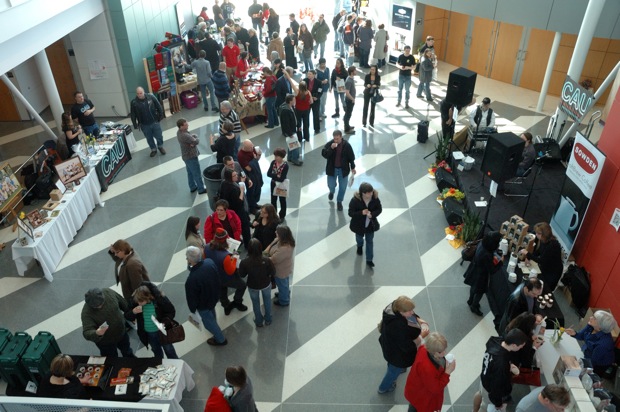 Any event in its second year typically suggests at least one thing: the first year must have gone pretty well.

Coffee writer Kevin Sinnott and his team are currently making last minute preparations for CoffeeCON 2013, the second annual Chicagoland coffee conference geared primarily toward consumers, rather than industry professionals. CoffeeCON is scheduled for Saturday, May 4, from 9 a.m. to 5 p.m. at the IBEW Local Union 701 building in Warrenville, Ill.

After hearing feedback from the approximately 1,200 attendees at last year’s inaugural conference, Sinnott says there will be an expanded roster of guest speakers and demonstrations. Key speakers will include George Howell, Christy Thorns of Allegro Coffee Company, and home-barista.com moderator Jim Schulman. Labs and demo rooms will explore topics such as brewing methods, grinding, water preparation and international brewing methods.

Sinnott says he wanted to include as many hands-on demonstrations as possible to ensure consumers can actually apply some of the lessons at home. “I want to make sure people have the opportunity to instantly learn something,” he says. “I’m excited about the idea that coffee will actually taste better in someone’s kitchen, not just at the show.”

New this year will also be a lab on home roasting, and Cup of Excellence will also be in attendance. For more info and a complete schedule, visit the CoffeeCON website.