Copenhagen’s Coffee Collective to Include FOB Price on Retail Bags 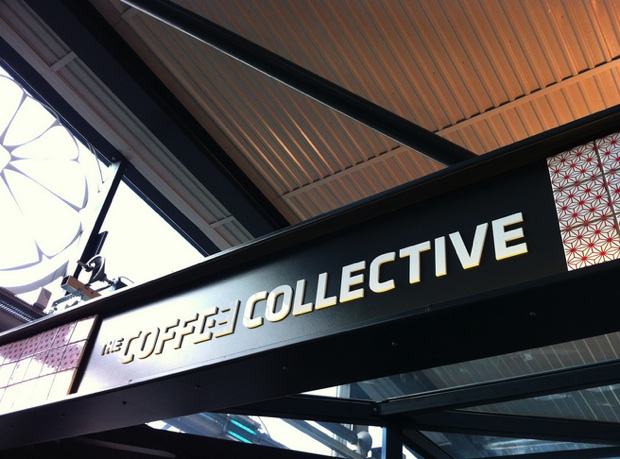 Copenhagen’s Coffee Collective is taking a bold step in direct trade transparency, announcing that it is including the FOB price on its packaged retail bags of coffee.

“When we started buying green beans in The Coffee Collective in 2007, we had the same idea, but we understood from some of the producers we were buying from that they would feel a bit uncomfortable if we revealed what we were paying them. Therefore we didn’t do it back then,” the influential roastery announced today, in conjunction with the 2013 World of Coffee Event in Nice, France. “A lot of things has happened since 2007.”

For those unfamiliar with green coffee pricing, the FOB (free on board) price reflects how much the buyer/importer pays a producer per pound, often minus transport/export costs. It reflects the New York (in this case) or London futures price for a type of coffee with the differential, which separately takes into account coffee quality, specific lot availability and terms-of-sale for coffees.

“We of course think that it is very important what the actual producers receive and not just what is paid on the FOB level,” the Coffee Collective explained in its announcement. “In some places the producer will cover all export costs themselves in others their will be several levels taking care of several functions in the beans way from cherry to FOB. Since we believe that it is important to have comparable prices we have chosen to focus for now on the FOB price. In most of our cases the price paid to the producer will be the FOB price minus 0.60 to $1/lb.”

So what has changed over the past five years to make the Coffee Collective think now was the right time to take this bold and potentially controversial leap in transparency?

“Firstly, back then it was in the aftermath of the coffee crisis, when the market price was extremely low in the period from 1999 to 2005,” the company says. “In 2007, prices had increased since 2005. The market price is now falling again to levels that seems unsustainable. At the same time a rust outbreak is creating huge problems in many producing countries — mainly in Latin America — without the market reacting. Secondly, within the specialty coffee industry other roasters and traders are now revealing their green prices on their websites, so we do not feel that we are breaking a bond of trust between us and the producers. Thirdly, on the suggestion of one of the producers we work with, we have added to the transparent price how long we have been working together as a way of showing our relationship.”

In addition to the FOB price, the new CC packaging will also include what percentage the price is above the market price. The company is using the ICO monthly indicator prices, including individual categories, as its market baseline. The bags will also include information on how many years the company has been visiting and trading with each producer.

Says CC: “We hope by doing this, more and more people will think about coffee prices and start talking about how unsustainable a lot of the market is.”

Not sure I fully appreciate how this gesture is implemented, as it kind of suggests that anyone downstream from coffee growers are parasitic leeches who add no value to the supply chain.

I wish the article gave us more background information on the Coffee Collective. What is it, it’s size, amount of coffee they handle and so on.

I am still not sure what the idea of giving the FOB price is. I see no harm in doing it but don’t see the benefit either. I think, if anything, it will get customers thinking that the Coffee Collective is making bundles of money (they might be. I don’t know.) Customer’s will see an fob price in contrast to a much higher price of roasted coffee the Collective is offering, without realizing all the costs that go into importing, moving, roasting, grinding, packing, rent, employees and so on. Plus, the FOB price is not necessarily what the producer is receiving. There might be an exporter and/or intermediary in between the collective and the producer.

Do producers make very little? Yes. Is coffee a sustainable business (at least for higher quality coffees)? No.