Kelsey Timmerman, an author of books on the sources of food and clothing that makes its way to the United States retail economy, has written a scathing critique of Starbucks for the Christian Science Monitor. 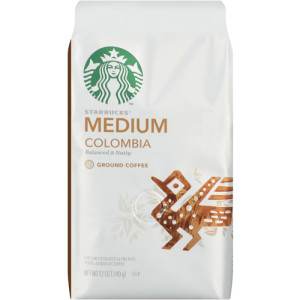 A 12-ounce bag of Starbucks Colombia blend retails for $7.67 at Wal-Mart

The piece questions the coffee company’s C.A.F.E. (coffee and farmer equity) Standards coffee buying program, which is essentially Starbucks’ in-house certification system to promote coffee quality, as well as improve economic and environmental conditions for farmers. The company says 90 percent of its beans in 2012 were CAFE Practices-certified

Timmerman says he was stonewalled by Starbucks’ customer service and public relations departments when he told them he wanted to visit CAFE Practices farms on the Andes mountains in Nariño, Colombia, after seeing some of the marketing copy on a bag of Starbucks’ Colombian roast. In fact, Starbucks has regularly pointed to Nariño as the model example of the certification program. As Timmerman points out:

When Dub Hay, Starbucks senior vice present of global coffee procurement, came to the defense of C.A.F.E. Practices following a negative story on the program in Ethiopia in 2007, he responded: “You go to Nariño, Colombia. We built 1,800 [coffee] washing stations and sanitation facilities and homes…. It’s literally changed the face of that whole area…. The same is true throughout Latin America. They call it the Starbucks effect.”

So Timmerman took matters into his own hands and traveled to Nariño, essentially using clues from Starbucks’ corporate marketing copy as a guide. What did he find?

No one I met called it the Starbucks effect. Even the farmers who sell knowingly to Starbucks and those who had received assistance prefer to get their beans certified by and sold to Nespresso, which pays 28 cents more per kilogram.

Timmerman further suggests that the company has done little in the region outside of simply buying coffee, and that many farmers there had never even heard of the company:

After I visited the farmers of Nariño, I talked with several officials of the region’s coffee industry who confirmed the absence of Starbucks. A representative of the Colombia Coffee Growers Federation told me that all Starbucks does is buy coffee. I even met a technician who had hung some of the C.A.F.E. Practices signs but wasn’t surprised that the farmers I met had never heard of Starbucks: “Certifications is a business for most people. You can sell more coffee if you have a particular logo.”