Tonx but No Tonx: A New Kind of Gift Card Promotion

Like it or not, wrestling consumers away from Starbucks has been a kind of of unstated goal among independent coffee companies and competing chains alike for decades. 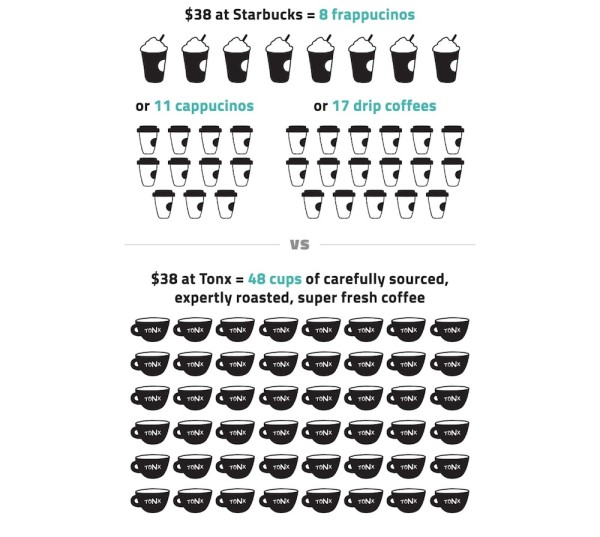 Tonx is pitching the program to consumers who may have received a Starbucks card, but who may have no personal use for it, asking, “Do you keep it for an emergency? Use it to buy a gadget? Re-gift it? We want to provide a better option.”

They are calling the program, which launched this morning, the Better Coffee Exchange, asking consumers to create an account and put the Starbucks money toward a Tonx subscription. To Tonx’s credit, they are not using the promotion as a vehicle to totally smear the global coffee giant, offering this only-slightly-backhanded compliment:

One company is practically synonymous with coffee in America. Their stores are so ubiquitous, they’ve become the most reliable bathroom option for the residents of NYC. This company has done more to popularize coffee than any other: Starbucks. We are greatly indebted to them.

Then they promptly suggest consumers shouldn’t feel indebted to Starbucks, since the company is doing just fine with or without them, writing: