Sambalatte Readies Biggest Facility To Date on the Vegas Strip 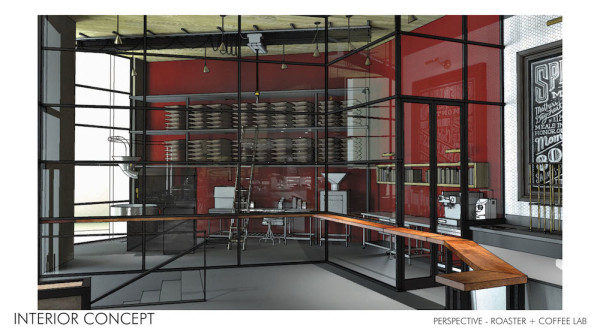 Rendering of the new Sambalatte coffee lab and roastery

In chain-dominated Las Vegas, independent roasteries and retailers have traditionally been few and far between. Four-year-old Sambalatte is helping change that, with the upcoming opening of its third and largest retail location to date, part of a sprawling food-focused plaza at the Monte Carlo on the Strip.

Rendering of the Monte Carlo plaza.

The 3,300-square-foot indoor space, designed by Los Angeles’s Vanrooy Design along with local firm Bunnyfish Studio, will provide seating for 80 guests, while the Strip-facing outdoor patio can hold 100. Owner Luiz Oliveira says he hopes to have it open May 1, while MGM Sports International and sports/entertainment venue specialist AEG are currently developing a 20,000-seat arena next to the Monte Carlo, set to open in 2016.

(more: Aussie Columnist Trashes American Coffee, then Wonders if His Perceptions are Outdated)

Oliveira says the new Sambalatte will build off the existing “theater of coffee” concept he has developed at the other two retail locations, including various brewing methods, a Steampunk espresso machine, and a glass-enclosed coffee lab that incorporates the roasting operation. 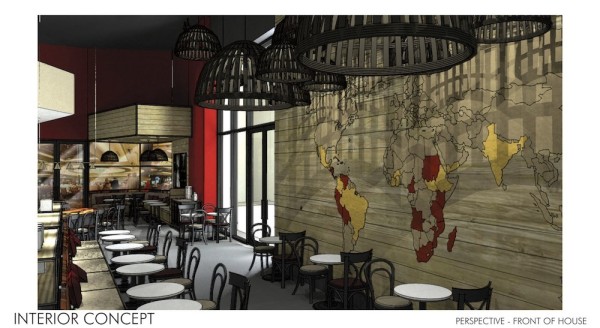 “This is a dream that I’ve focused on for more than 10 years,” Oliveira says, adding that his two most recent stores will employ about 40 people. “To expand Sambalatte has always been our vision, and to finally open a location on the Las Vegas Strip will expose our brand to visitors from all over the world.”