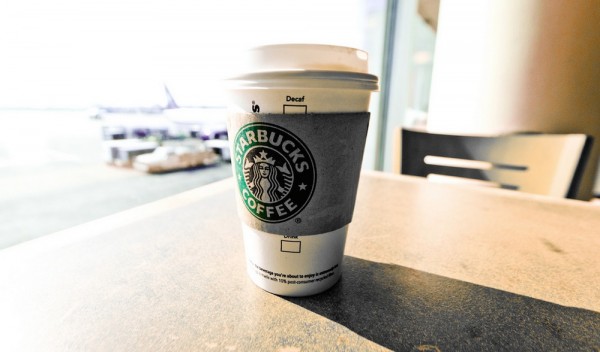 In conjunction with its in-development order-ahead mobile app, Starbucks plans to offer delivery service in the coming year.

“Imagine the ability to create a standing order of Starbucks delivered hot or iced to your desk daily,” Starbucks CEO Howard Schultz said in an a call with analysts yesterday on the company’s fourth quarter fiscal year results. “That’s our version of e-commerce on steroids.”

Starbucks did not tip its hat as to when or where the delivery service may be available, but Schultz described “a massive cultural shift in consumer behavior,” taking an oddly aggressive tone in announcing the delivery concept. “We are playing offense here. We understand that there is a macro issue, and a consumer shift. We are playing offense,” Schultz said. “And we began that last year right after holiday, and come this holiday and calendar (2015) we are going to be in a position to win. End of story.”

Starbucks recently announced it would be testing its new order-ahead mobile app in the Portland market. Despite the company’s relationship to Square — including a $25 investment in 2012 and Schultz’s place on Square’s Board of Directors — the Starbucks app is being developed independent of Square’s recently introduced “Prediction Arrival” order-ahead platform.

“These investments are going to pay off big time, and we already know that mobile-order-and-pay is going to drive traffic and comp growth,” Schultz said yesterday.