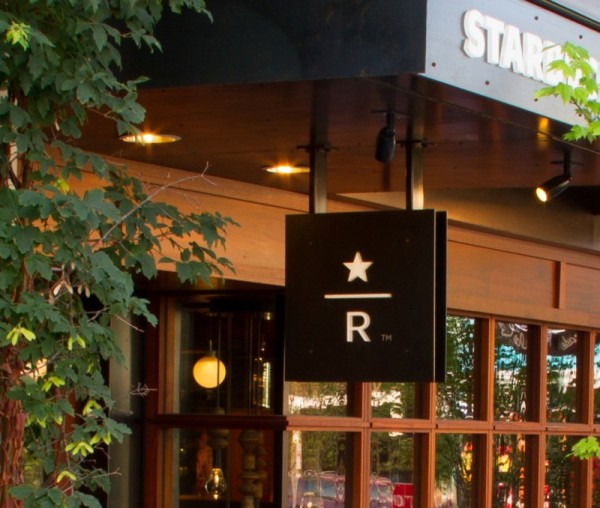 The facade of a new Starbucks “Reserve” store.

Using a barrage of adjectives like super-premium, unique, reserve and small-lot, Starbucks has just announced details regarding its new “premium coffee experience” store concept, as well as its flagship “small-batch” Roastery and Tasting Room, coming to Seattle’s Capitol Hill this winter.

The company says the new roastery will be a kind of interactive coffee museum and tasting room designed to showcase the company’s “small-lot” Reserve line of coffees. It will also be the flagship for Starbucks’ new store model, which will occupy some 100 locations in strategic markets throughout the globe over the next five years.

Adjectives abound, but if one phrase is an elephant in this particular room, it is “Third Wave,” one many around the high-end retail industry, including this blog, has avoided using for years. But it seems particularly apt here, as the company that embodies “Second Wave”-ness rolls out its new high-end, coffee-quality-focused brand.

Starbucks itself describes the new store concept as a kind of higher rung in “customer experience segmentation,” part of the company’s retail “evolution.” Starbucks CEO Howard Schultz went so far as to describe the new roastery and tasting room as something that will revolutionize all of specialty coffee.

“Everything we have created and learned about coffee has led us to this moment,” he said. “The Starbucks Reserve Roastery and Tasting room is a multi-sensory experience that will transform the future of specialty coffee. We plan to take this super premium experience to cities around the world, elevating the Starbucks experience not only through these stores but across our entire business.”

Here’s more from Starbucks on the new Seattle roastery:

A first-of-its-kind union for Starbucks of coffee theatre and manufacturing, this iconic Seattle destination will allow Starbucks to double its small-batch roasting capacity and grow its Starbucks Reserve® coffee presence from 800 to 1,500 stores worldwide, by the end of FY15. More than two years in development, this unprecedented experience will allow customers to engage with Starbucks passion for coffee in a 15,000 square-foot interactive retail environment devoted to beverage innovation and excellence.

In addition to the approximately 100 new premium stores, Starbucks is also unveiling new smaller-footprint and drive-through “Express” store models, where there will be a focus on quick service and developing Starbucks’ mobile ordering platform. These stores, the company says, will “address the increase in urbanization and decentralization of retail.”

(related: Cupping at Starbucks: The Sound of Silence (and Slurps)

Including its traditional retail stores, its premium stores and its express stores, Starbucks is on track to open some 1,550 outlets globally in 2014, and plans to open 1,600 in 2015, including 300 net new locations in the U.S.