A Photo Journey to Antioquia, Colombia, for the Third Annual Best Cup 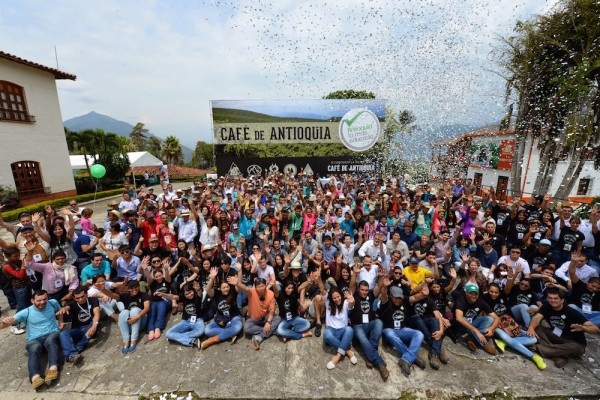 In February, I attended the third annual Antioquia’s Best Cup, a government-sponsored event showcasing the region’s finest coffee. The event is a symbol of Antioquia’s efforts to educate its citizens, reduce violence, and promote economic prosperity.

The event also reflects a major public relations effort since, until recently, Antioquia’s coffee quality reputation has been overshadowed by that in other top regions like Cauca and Nariño. Antioquia has been working hard to change that on many fronts. 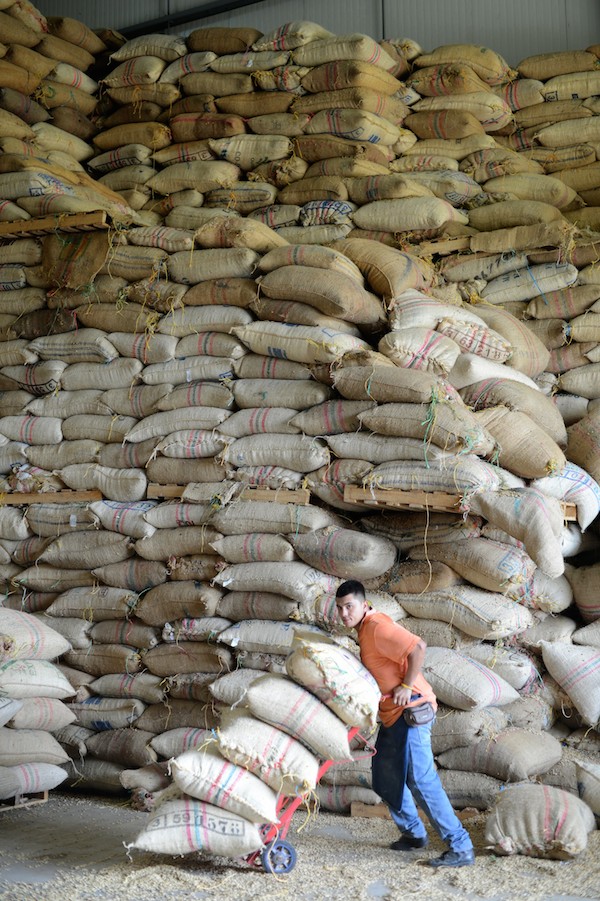 At the Best Cup, coffee buyers from around the globe were invited to cup the top 60 Antioquian coffees, and bid for them at an auction. The highest bidders then had the rare opportunity to meet the coffee producers. In attendance were veteran buyers such as Ryan Knapp (Madcap Coffee), Fred Lullfitz (Caravela Coffee), and Roger Rolland (Tierra Cafetera).

The coffee with the highest score and bid came from the farm of Silvia Elena Higuita, of Giraldo. Her lot sold for $31.50 per pound, the highest bid of any Antioquia’s Cup. It would have been the second-highest bid at last year’s Colombian Cup of Excellence, another of the country’s premier coffee competitions. Further examples of success include the farm owned by Conrado Antonio Marin of Jardin, whose lot was purchased by Alice 2046 Coffee of Korea. Conrado’s coffee earned the second-highest cupping score. 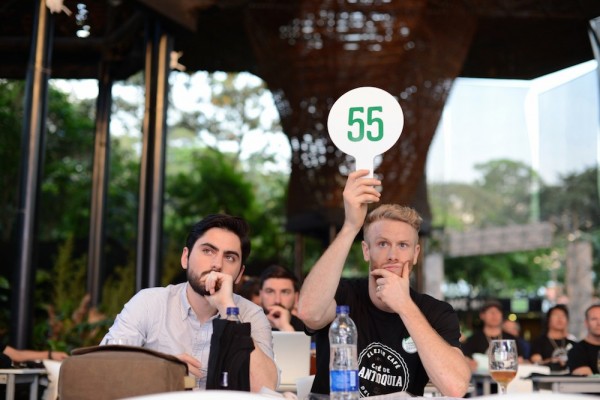 Thirty-five years a farmer in Antioquia, Conrado remembers a life constantly threatened by political instability and violence. That, too, has changed for the better. Daughter Leidy feels safe visiting her parents. Another daughter, Maria, participated in the New Coffee Growers camp (covered in the January/February Issue of Roast Magazine), a related, growth-focused event sponsored by the government. During time off from flight-attendant school, Maria helps her father sell the family’s coffee at the delosAndes Coffee Cooperative.

Conrado can now farm without intimidation and danger. His daughters are receiving an education and his family has health care, which is partly subsidized by the cooperative. Life in Antioquia is better for him and, it appears, many of his peers.

Producers meeting with buyers who won their micro lots at the Antioquia’s Best Cup Auction. Photo by Mark Shimahara.

A cable car in the Andes, Antioquia cuts a 2 hour journey for the producers into 5 minutes. Photo by Mark Shimahara.

A cable car in the Andes, Antioquia cuts a 2 hour journey for the producers into 5 minutes. Photo by Mark Shimahara.

The coffee with the highest score and bid was produced by Silvia Elena Higuita from Giraldo. Her lot sold for $31.50/pound, the highest paid during the three years of this program. Photo by Mark Shimahara.

The awards ceremony for Antioquia’s Best Cup in Medellin. Project sponsor and Governor, Sergio Fajardo Valderrama, on the right. Photo by Mark Shimahara.

Dry coffee “skin” getting piled up for compost at the wet mill – in Venceia, Colombia. Photo by Mark Shimahara.

Dear Mark this is Epe. From Malacara Coffee. I always remmember your visit here. Now I would like to congratulate you for being such a great Siphonist, I am impress. And second for keeping your hart close to coffee all the time. Your pictures and stories always show that. Thanks.