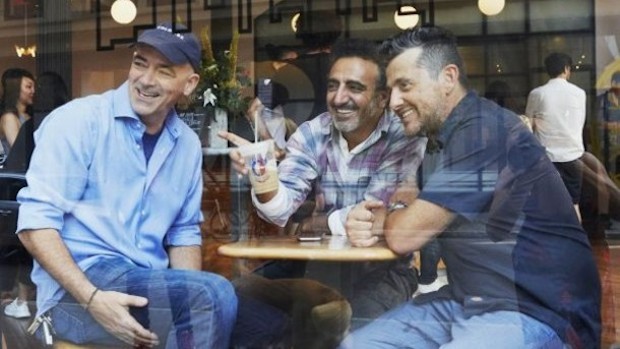 Philadelphia-based roastery and retail chain La Colombe Coffee Roasters has announced that the CEO and Chairman of the Greek-style yogurt brand Chobani, Hamdi Ulukaya, has become the company’s sole investor and majority owner.

For his stake in the growing company, Turkish-born Ulukaya bought out Goode Partners, the private equity investment firm that put $28.5 million into the company last year. At the time, CEO Co-Founder Todd Carmichael told Daily Coffee News that the investment would be used in part to grow La Colombe’s retail footprint in major American cities throughout the United States. The company currently operates 12 cafes and a rum distillery in Philadelphia, New York, Chicago and Washington D.C., with five more shops scheduled to open later this year.

As part of the agreement, Carmichael and La Colombe Co-Founder JP Iberti will continue to lead operations of the company, while Ulukaya will have no board responsibilities and will continue in full with his duties at Chobani. In addition to its presence in grocery stores throughout North America, Chobani recently opened a cafe in Soho, New York, initially enlisting La Colombe as a retail partner. Ulukaya has also been featured on the Travel Channel show “Dangerous Grounds,” which is hosted by Carmichael.

“Amazing things happen over coffee, and meeting Todd and JP was one of them,” Ulukaya said in a joint announcement of the deal, the exact terms of which have not been disclosed. “I believe in the quality of the product, the brand vision of La Colombe and the experience they’ve created in their cafes. I completely share Todd and JP’s mission to increase the craft and quality of coffee in America while elevating the cafe experience to something truly special.”