A Century-Old Uno Roaster Brought Back To Life, Will ‘Breathe Fire’ Again 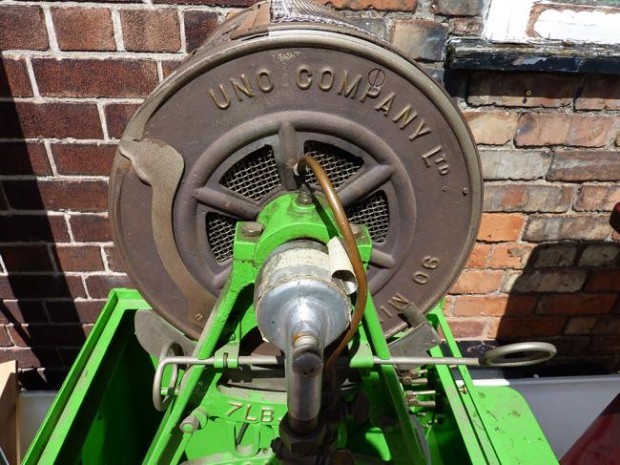 Coffee roasters are incredible machines, built to withstand the tests of time. With regular maintenance and an upgrade or two, many remain in continuous use for generations, and with the technology available to the task of refurbishment today, even a dormant century-old industrial beast can be fired up anew for commercial use well into the future.

The latter is what’s happening in England right now, care of the thriving, 178-year-old Lancaster coffee roaster J Atkinson & Co., with assistance from the Product Development Unit of Lancaster University, which takes on engineering projects to assist in the growth of area businesses. Back in 2010, when the Lewis’s department store shuttered in nearby Liverpool, inside was discovered an antique 7lb-capacity Uno coffee roaster. Built in London in 1919, the machine was in inoperable condition upon discovery, having long fallen to disrepair and left to gather dust for untold years.

Now, having survived multiple world wars and the hazardous peaks and valleys of a fickle economy, the historic heap of metal has at last found safe haven in the hands of Ian Steel, owner of J Atkinson & Co., whose larger, 70-year-old 14lb Uno continues to produce coffee that wins awards in competition with the products of newer, more technologically-advanced machines. J Atkinson & Co. has for many years proudly roasted on Uno and Whitmee machines, both of which are hallowed UK-manufactured roaster brands no longer in production. 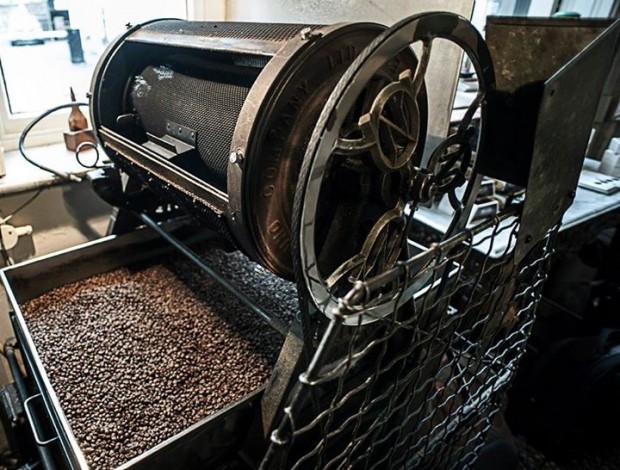 It’s worth noting, for perspective, that 178 years is an incredible age for a coffee company. J Atkinson & Co. is older than Starbucks, Dunkin Donuts and Costa Coffee combined. It’s older than Nescafé, older than Lavazza, and older than Folgers. If an ancient roasting machine is safe anywhere, it’s safe with J Atkinson & Co.

The coffee company has engaged Lancaster University for projects in the past, involving the Management School’s Centre for Family Business, sustainability initiatives at the Environment Centre and digital innovation with the university’s Infolab. Resurrecting the immortal Uno has been the company’s first collaboration with the Engineering Department, though Steel told Daily Coffee News he suspects it won’t be the last. Daily Coffee News reached out to Steel for more information about this fascinating project.

How did you find this Uno? Did you know it was in that department store before it closed?

These things have a habit of finding me. I think, as one of the oldest roasters in the country, people, quite rightly, assume we are a repository of accumulated coffee paraphernalia. So, I was notified of its existence, and I’d just heard that Lewis’s had shut down. No great detective work on my part. I just stepped in before anyone else knew about it.

How long has it languished, unused?

Decades, judging by the bright green fluorescent paint job. I’d say it became a shop display item at some time in the 80s?

Which components were broken or missing?

The main item was a botched flywheel, fairly crucial, the original beautiful one with an UNO design having been replaced by a crude hand-welded job. So the other larger wheel of the same design was scanned into the digital domain, vectorised to give us a perfect circle, re-scaled and created as a mould from which to cast from. Here’s an aluminium one I now wear as a medallion. 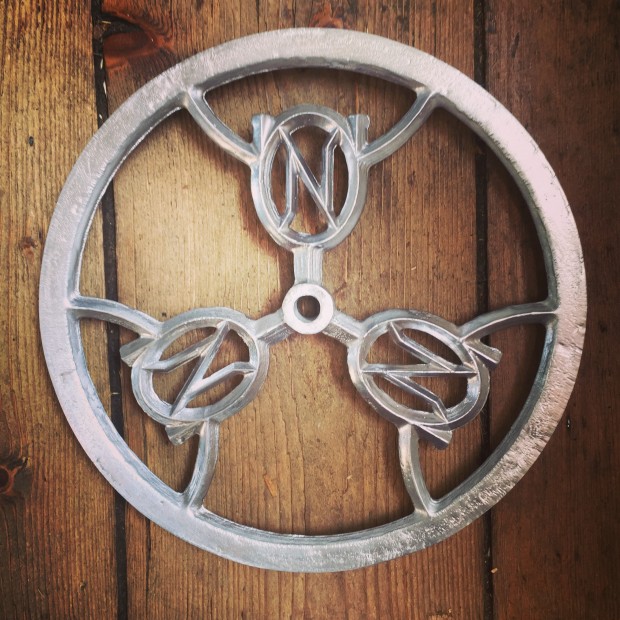 How close is it to running, now?

It’s pretty much reassembled. The little punctuation marks of Kawazaki green bely its underlying story and the dipped and stripped bare metal also tell a tale that this roaster is no ordinary off-the-peg machine! I think of it as a Jurassic Park Roaster, where the entire DNA has been photo-archived like an old Haynes Car Manual. The vital but obsolete components have been scanned in and now exist digitally to be 3D-printed out at will. We have saved it from extinction.

Where will the 7lb Uno go? Will it be on display?

It will be pressed into service in one of our cafés and breathe fire once again. Probably in The Hall, next to the giant Hobart Grinder, now a table, that I bought at the same time. Our collection of classic working roasters will then be neatly stepping up in imperial batch sizes of 7lb and 14lb UNOs, and 28lb and 56lb Whitmees.

How is the Uno different from a Probat or other drum roaster?

Both the Unos and the Whitmees are ‘open flame’ with the gas nozzles in the centre of the drum rather than underneath it, so, truly direct flame. Not only are the Unos open flame, they are open drum too, which makes for a really visceral roasting experience. 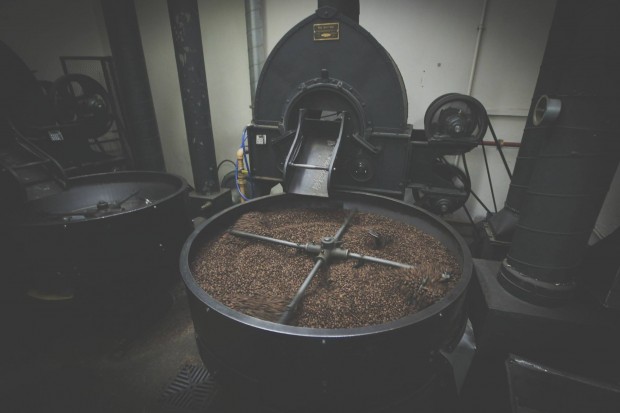 What’s next for J Atkinson? Any new locations in the works? Upcoming new products?

We are currently planning to expand the roastery to accommodate a Loring Smart Roast to be installed right next to the Whitmees and have the best of the Steam Age coffee machines juxtaposed with the Space Age. It is important for me to locate this next giant leap in the heart of our little Coffee Quarter here in Lancaster, as part of reinvesting in our neighbourhood. It would be much easier to find an out-of-town unit, but I want to build on the legacy of what we have here, where we have been roasting coffee for the last 178 years.

I just found a really good condition 14 ld UNO coffee Roaster in one of my lock up garages that I am clearing ,, it is just like the one in the photo above,, there can not be many of these left around the world.. I bought it years ago I had forgotten about it , I was going to use it as a display piece in one of my coffee shops.. I shall most likely put it up for sale, I have no idea about pricing,, any info on that would be welcomed
Thanks
Andy

My name is James Jordan and I run SHP Food Machinery Ltd. I have been selling used vintage coffee roasters for nearly 12 years now. I actually sold some of these Whitmee roasters to Ian several years ago. I’d be more than happy to try and sell your UNO Roaster for you if you need any help. I would estimate a value of approx. £2500 – £3000, possibly more depending on its condition. I hope to hear from you.
Kind regards James.